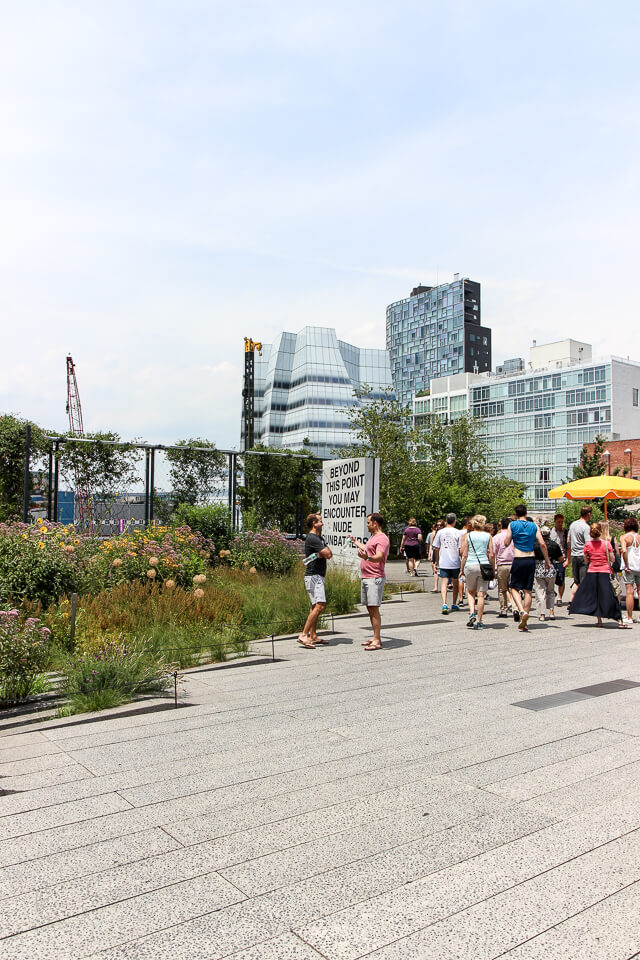 On Saturday my friend Elana and I had a super fun day catching up over brunch and lots of walking (in 90 degree heat – the sweating is real). We had brunch at Untitled at the Whitney, which was great – the strawberry basil soda was refreshing and the staff was especially nice. Then we walked The High Line from end to end – which by the way, has become a LOT longer since I was there last! Then we headed down to the West Village where we checked out the new Greenwich Letterpress and popped into Three Lives when it suddenly started pouring. Afterwards Elana headed back uptown and I ducked into Dominique Ansel Kitchen to try their last-weekend-only corn ice cream taco (yes, that’s right. A corn ice cream taco). Some pictures of our day… 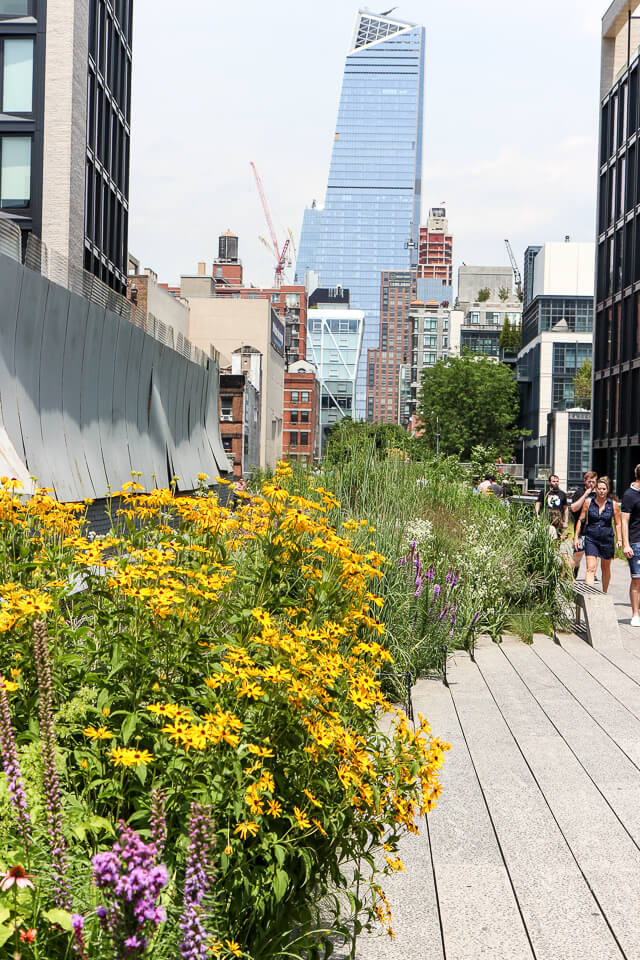 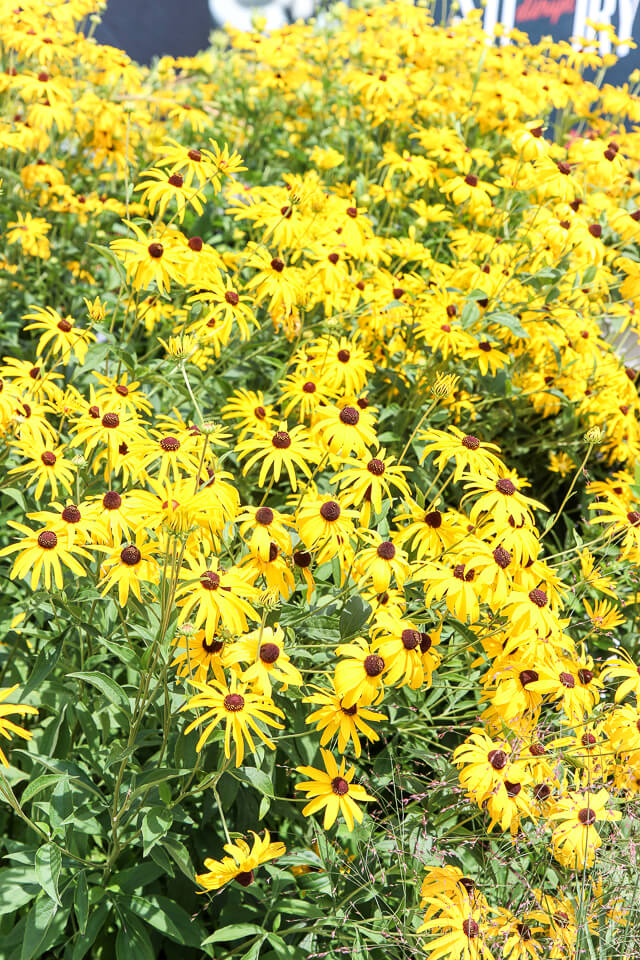 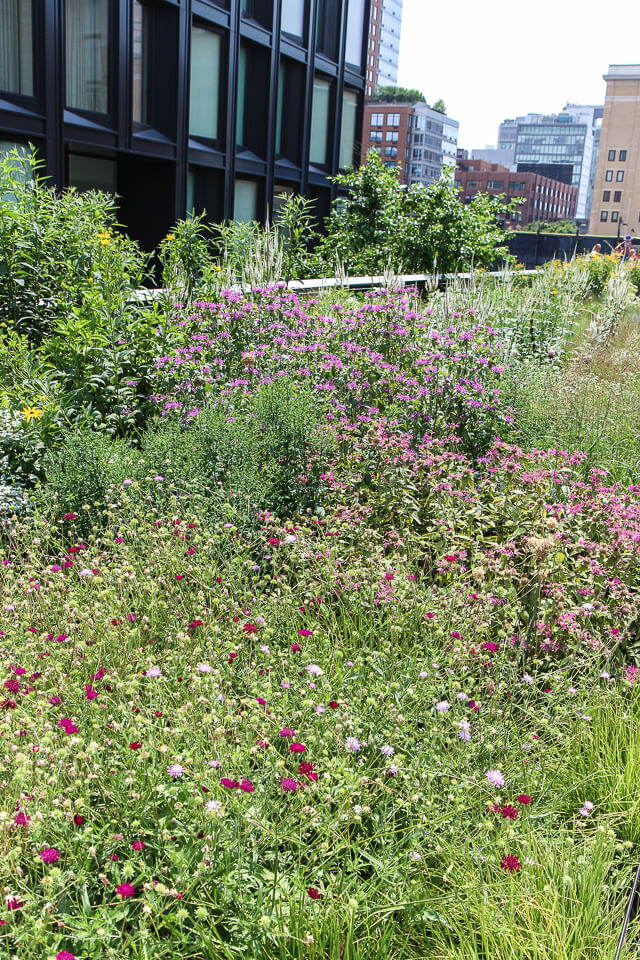 The people who do the horticulture design on The High Line are flat-out good..there were so many gorgeous plants and flowers in bloom. All of the plantings are inspired by the species that naturally grew on the out-of-use railway line before it was converted to a public park. 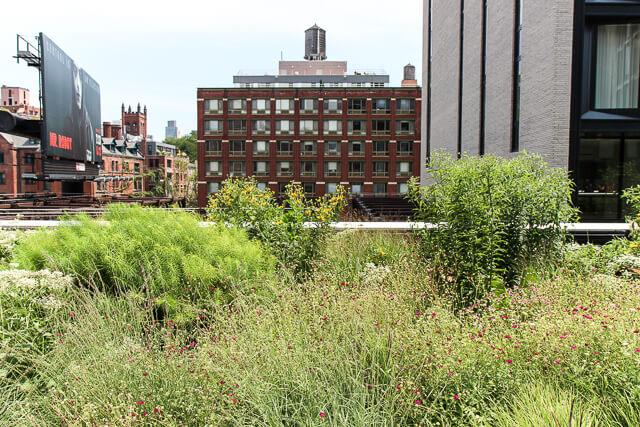 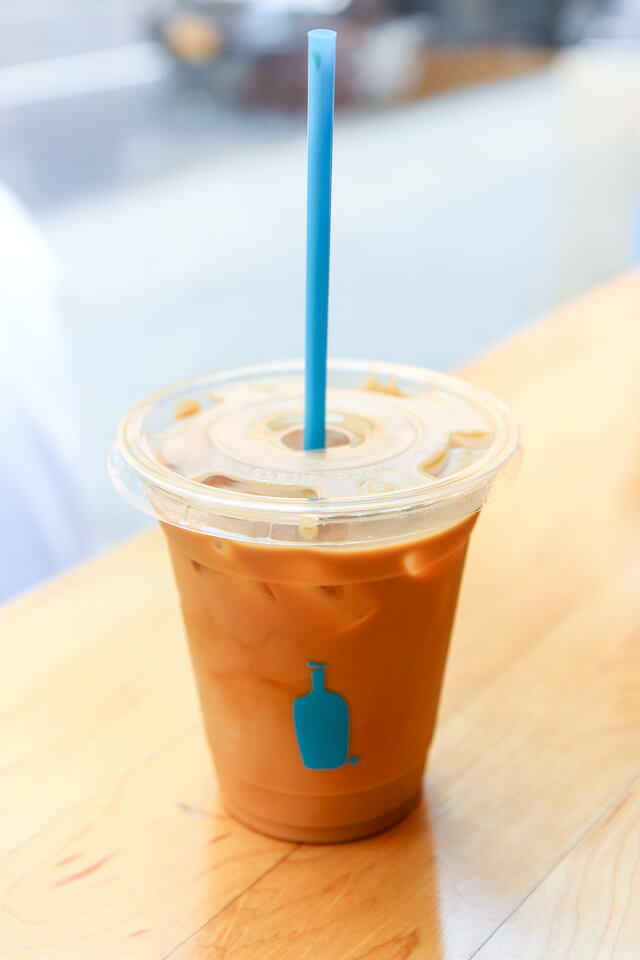 We stopped in to Blue Bottle, home of the best colored straws. 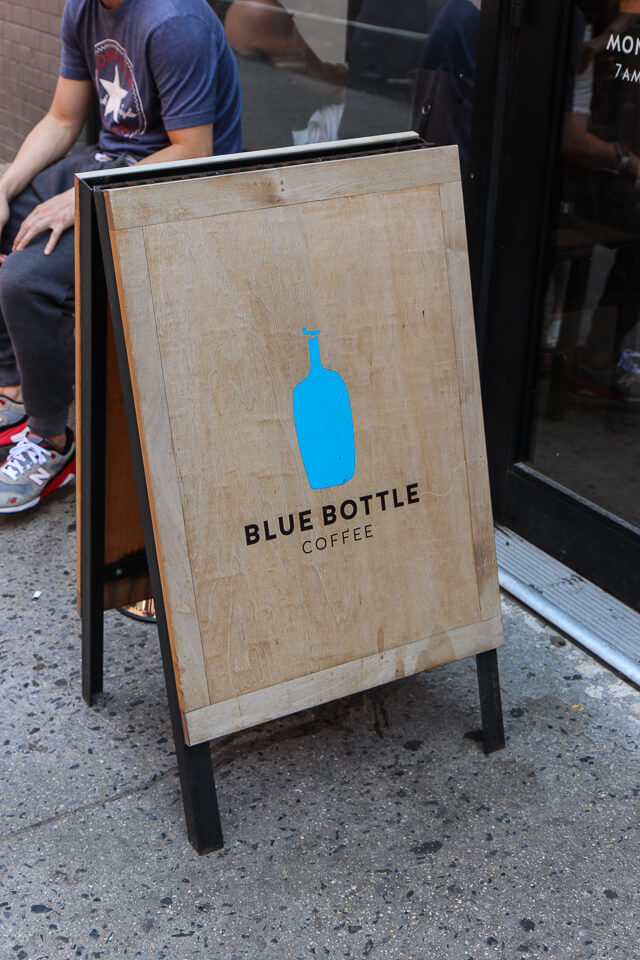 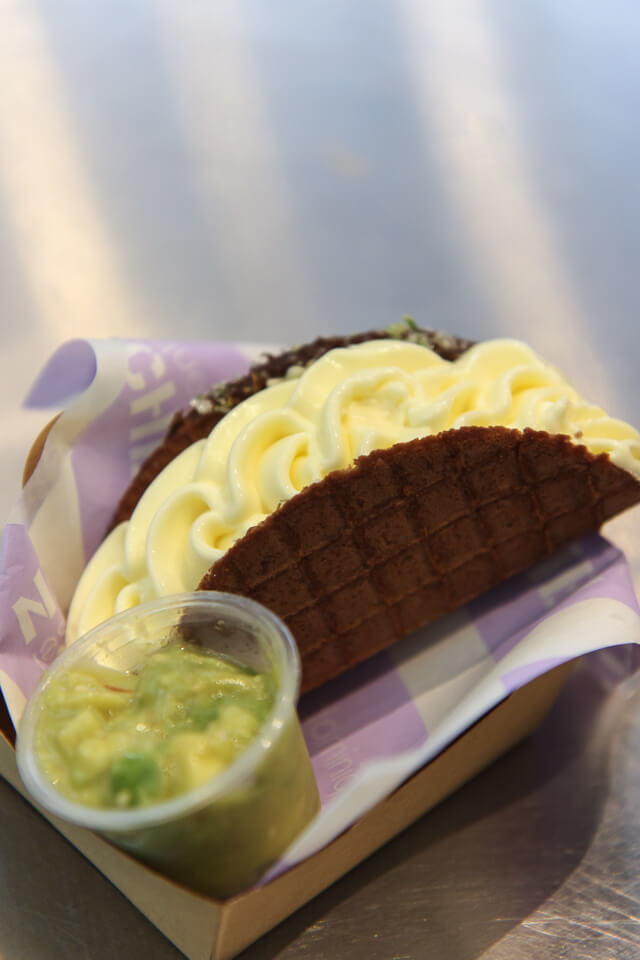 The Dominique Ansel x Alex Stupak (of Empellon, Dominique Ansel Kitchen’s neighbor) Sweet Corn Ice Cream Taco: a masa taco shell filled with homemade corn ice cream and a swirl of corn caramel in the middle, with a rim of lime zest salt, served with an avocado tomatillo salsa verde on the side (sweetened with a touch of agave nectar). Also, horchata. The best horchata which I didn’t take a picture of. 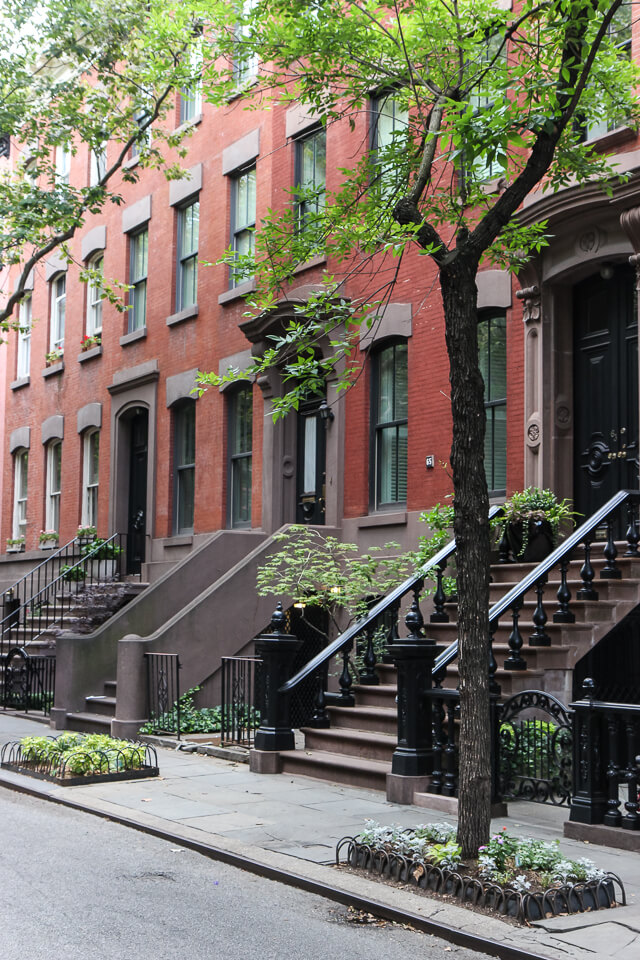 Perry Street is one of my favorite streets in the West Village…and home of Carrie’s apartment stoop, FYI. 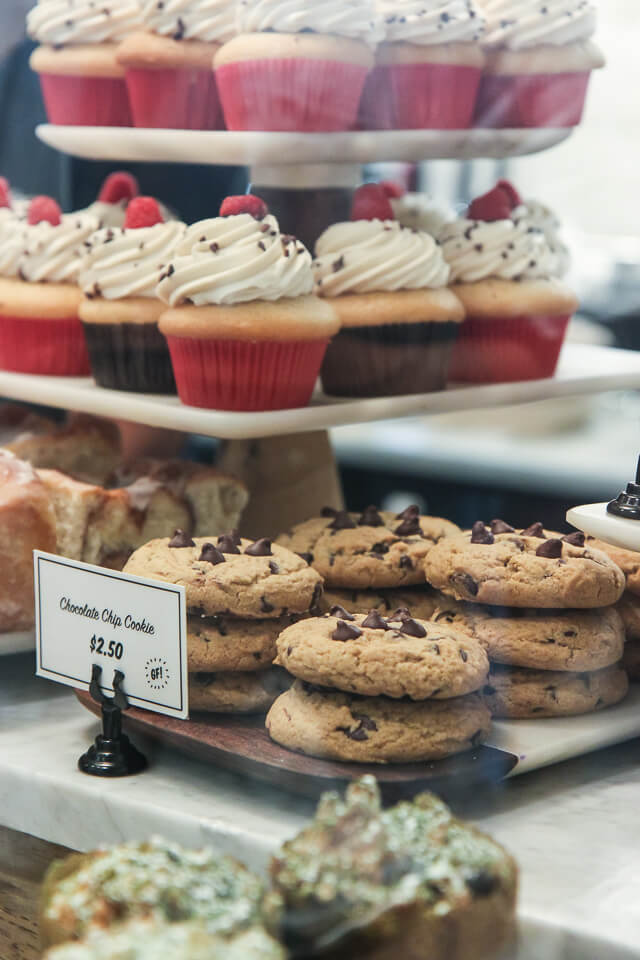 I stopped in by Chloe to pick up their quinoa taco salad for dinner. They have the best chocolate chip cookies too.

Hope everyone had a nice weekend!