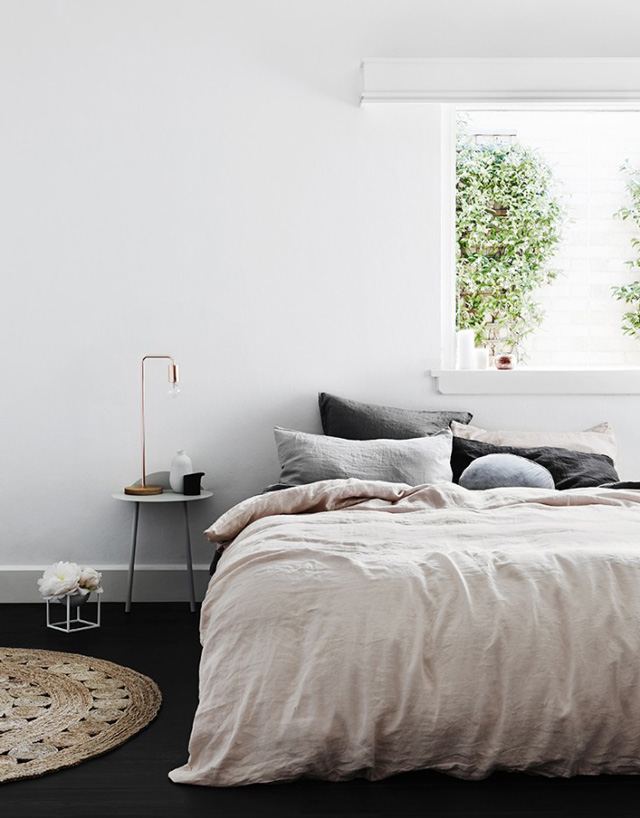 I’ve always had a love for that boho bedding look (which I wrote about here) – the whole relaxed, makes-you-want-to-jump-right-in vibe, where it’s just really undone and casual but cozy looking….and I’ve realized that linen bedding seems to be the cornerstone of this look. I thought for a while about getting a linen duvet, but since I still love my current duvet (and it was rather expensive), I’m not exactly keen on doing away with it. However, it recently came to my attention that Garnet Hill carries linen sheets: 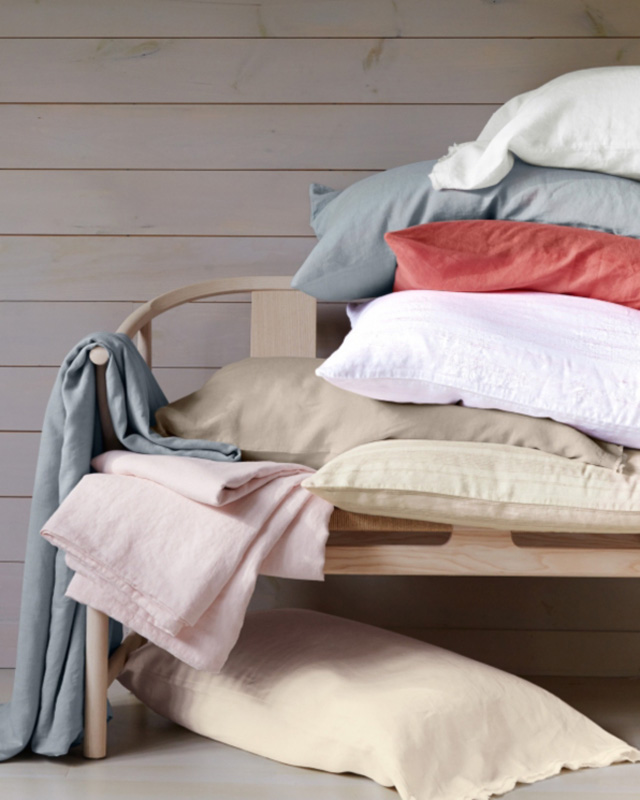 Now that is an idea I can get behind! I’d still get the linen look, but without having to overhaul my whole bedding situation. I’ve got my eye on the rosewater hue, unsurprisingly. They look comfy, a little boho, and entirely inviting, plus they remind me very much of the sheets in Bri Emery’s bedroom makeover, which I loved the instant I spotted them: 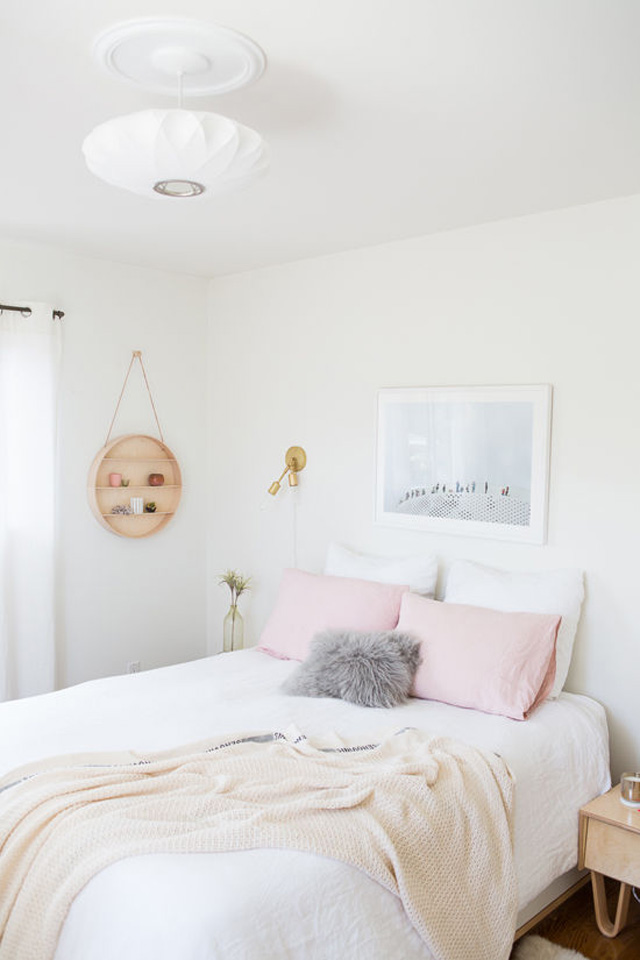 Pretty, right? Now I just need to save my pennies because those linen sheets ain’t cheap!