I’ve been wanting to make cookie dough truffles ever since I saw Anne Thornton make them on her Dessert First episode “Chocolate Chip Comfort.” Unfortunately, her version was made with raw egg-Food Network put a little caveat on the bottom saying it’s okay as long as you use Grade A eggs or something, but I was too nervous so I went looking for an egg-free version (see Mom, all your warnings about salmonella in raw egg seeped into my brain! Aren’t you proud?). Anyway, it was easy enough to find an egg-free version-I used this one from loveandoliveoil.com, a great husband-wife foodie blog. I did use some of Anne Thornton’s suggestions for toppings though-such as chopped nuts and cinnamon. The great thing about egg-free cookie dough is that you don’t have to feel bad licking the bowl! Unless eating raw butter, flour and sugar makes you feel guilty. In that case you’re on your own. 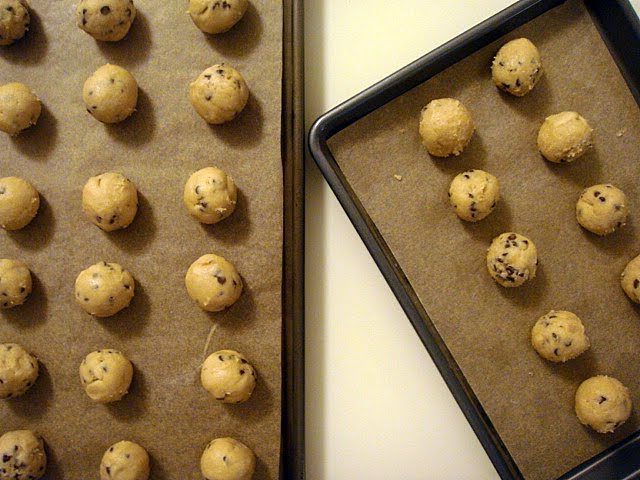 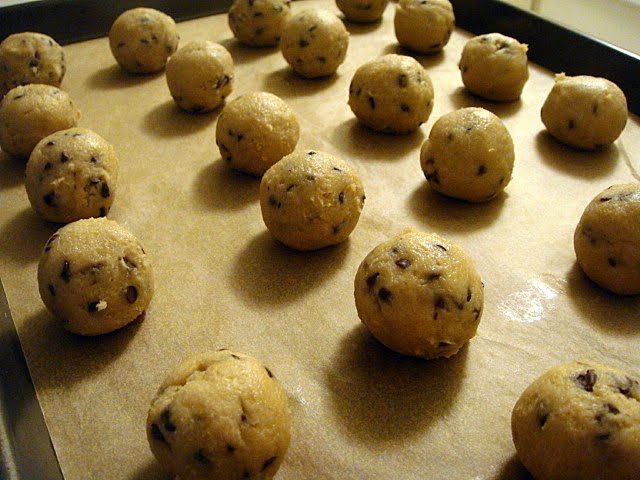 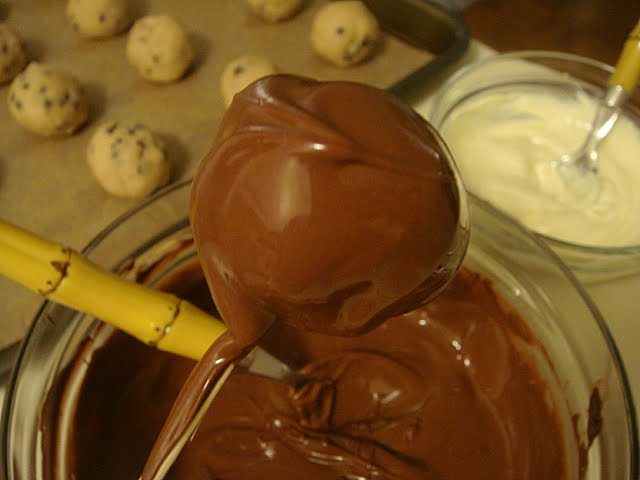 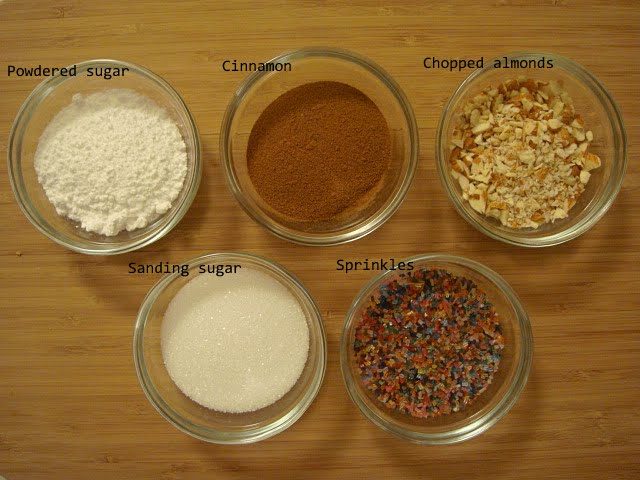 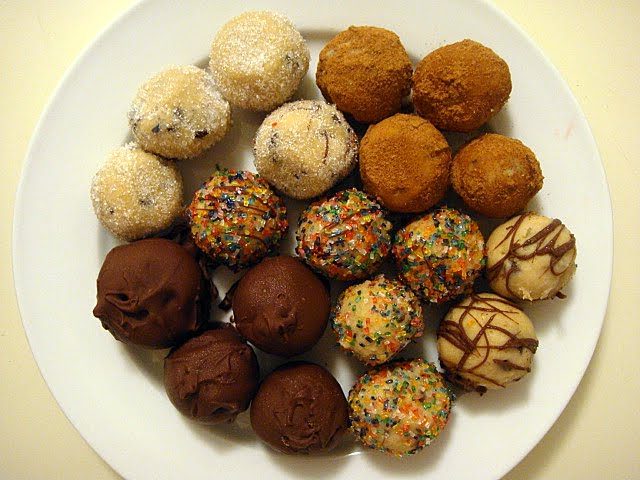 One tip I learned in case you want to make them yourself: Make the dough balls realllly small, because when you dip them in the melted chocolate, they get a whole lot bigger! Use a teaspoon measure to scoop them out, as suggested in the Anne Thornton recipe. Then don’t eat too many in one sitting, or you may end up with a stomachache. Not that I would know or anything…

All photos by me