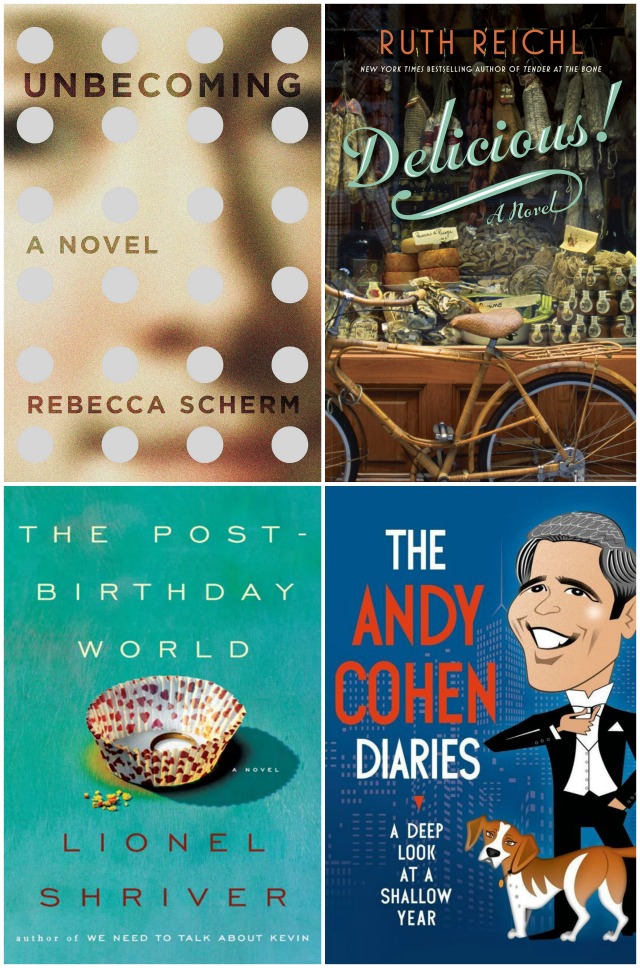 Ya know how every domestic thriller that’s come out in recent years is enthusiastically purported to be “the next Gone Girl!”?  Well, to me, Unbecoming (which was not advertised that way) was more reminscent of Gone Girl than any of the other books I’ve read that claim to be. It covered the idea of putting one face forward to the world while your behavior is actually more indicative of a true (and less flattering) self. It was about taking on new and false identities, trying desperately to be something you’re not, using people to get what you want…and in these ways, it reminded me of the subtle underlying themes that made Gone Girl good. In a more overt way, it was similar as well because it dealt with a husband and wife who think they know each other, but as events unfold, it turns out that they don’t. This book also really blurred the line between “good guy” and “bad guy,” and had me rooting for a character while feeling like I shouldn’t be. The writing was rather amazing too in that you see a character change before your eyes, and yet you don’t realize it until suddenly, you’re left with a different person on the page in front of you, and you find yourself thinking, ‘when did that happen?’

I read this right after Girl on the Train (one of those books claiming to be the next Gone Girl), and while I did enjoy Girl on the Train, I found Unbecoming to be a vastly superior novel…much more layered, complex, and nuanced. I’m not sure why this book hasn’t gotten more attention and hype. I had never heard of it, but simply came across it in the bookstore and bought it on a whim (one instance of judging a book by its cover actually paying off!). Highly recommend!

I really enjoyed Delicious!. This was such a charming, fun novel that was all about food, New York City, magazine publishing, and one girl’s journey through all of it. It was well-written and had a unique premise, along with surprising twists and turns and charming, lively secondary characters. Ruth Reichl is an excellent writer and I enjoyed this one a lot. An easy, but high-quality read (or listen).

I read this book years ago and of course, forgot most of it, so when I was looking for my next listen I decided to “re-read” this. I loved it just as much the second time. This is such a rich, layered exploration of relationships and what makes them right, or not right…or both. The basic premise introduces an expat in London named Irina, who has been in a relationship with the same stolid, dependable man for ten years. On a seemingly ordinary night Irina comes to a crossroads where she faces a tempting choice, and depending on what she chooses, the course of her life is altered. From there the story splits into two parallel story lines (like the movie Sliding Doors). Shriver alternates back and forth between “Black” and “White,” for each chapter title, in what feels like an ironic nod to the fact that in her telling of this story, she resolutely refuses to let the alternating story lines be either. She really makes you think about what’s important in a relationship, and how complex that is. Just when you think you know which choice was the “right” one for Irina to have made, Shriver gets you to rethink things, basically proving that when you make a choice, there is no RIGHT decision. Every decision comes with its upsides and downs, and what’s “right” really comes down to what you personally value in a relationship, and in your life. Shriver is the kind of writer who delves into ideas, and thoughts, and stretches them out and really makes you ponder things. She mines material from the most ordinary of circumstances and makes everyday life into something incredibly thought-provoking. I can’t recommend this book highly enough!

The Andy Cohen Diaries: A Deep Look at a Shallow Year, by Andy Cohen (audiobook)

I’ll start by saying I loved this book, and at the same time, that it was ridiculous. By that I mean, entertaining, fun, and what some would call a “guilty pleasure”…kinda like watching an episode of the Housewives. I mean, I like Andy Cohen and find him completely charming and lovable, so I enjoyed this. It’s literally “the Andy Cohen diaries….” just an accounting of his daily life-and I mean, he lives a pretty interesting life, so I think he’s justified in writing a book about it. Then again, there was also a lot about his dog, his dog’s Instagram, his eating habits and goal of losing weight, and other well…shallow things, as the title tells you! It was just a light, funny, read, which we all need sometimes!