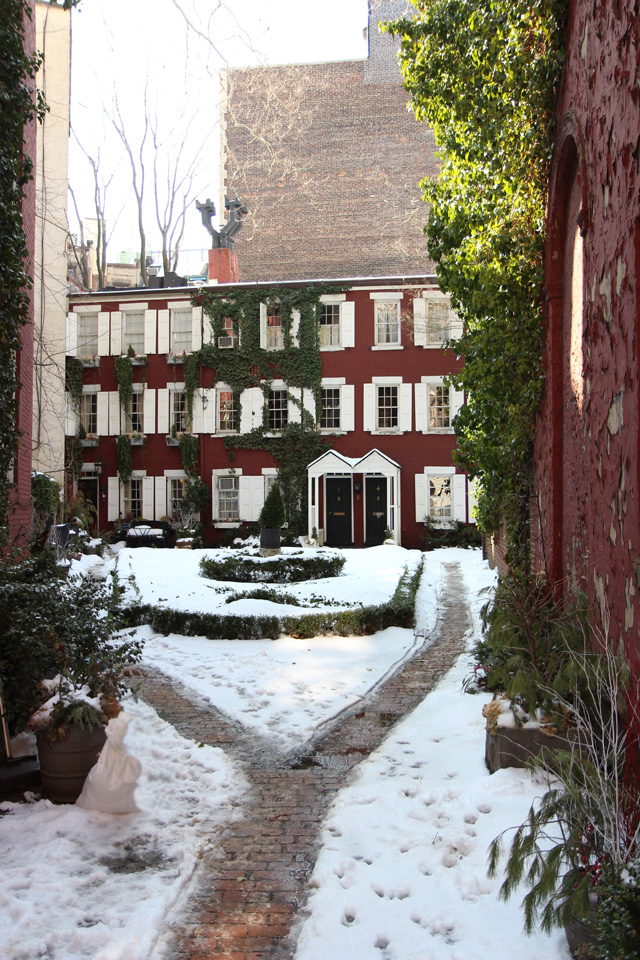 There’s a little hidden enclave in the West Village called Grove Court, which consists of a row of six townhouses behind a locked gate, situated between numbers 10 and 12 Grove Street. Grove Court was constructed in the pre Civil War era (between 1848 and 1852), by a grocer named Samuel Cocks who thought the houses would make excellent residences for potential patrons of his store. Back then, it was referred to as “Mixed Ale Alley,” in reference to a beverage drunk by the poor and destitute city dwellers who occupied the houses. Times have changed a bit since then, and today you can own one of these townhouses for a cool 3 million dollars +. Go figure! Read on for a few more pictures. 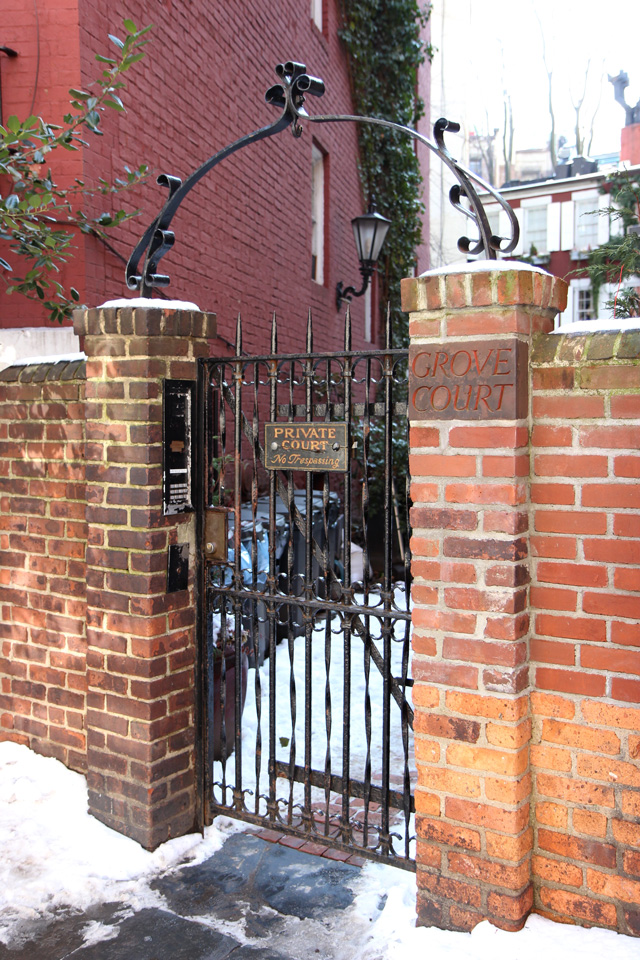 No trespassing allowed…however, sticking your camera through the gate slats to take pictures is perfectly acceptable, I’m sure. 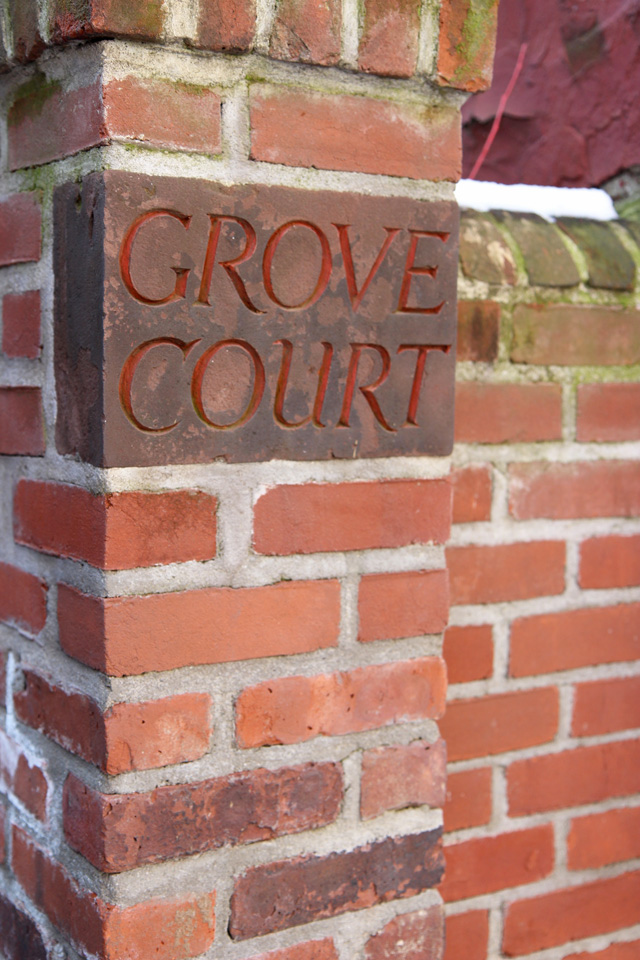 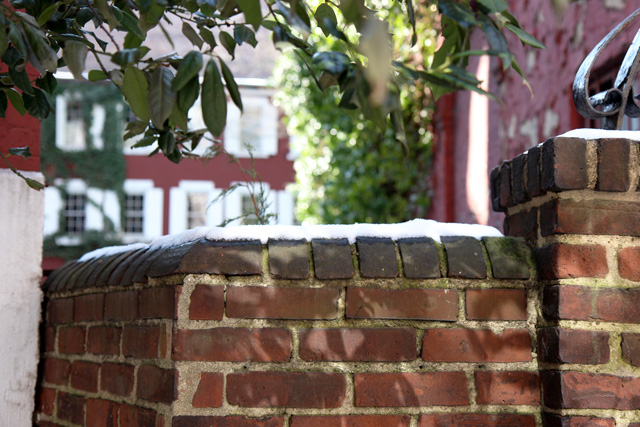 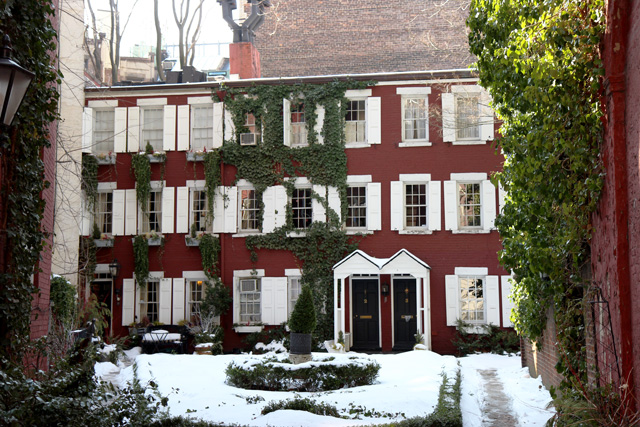 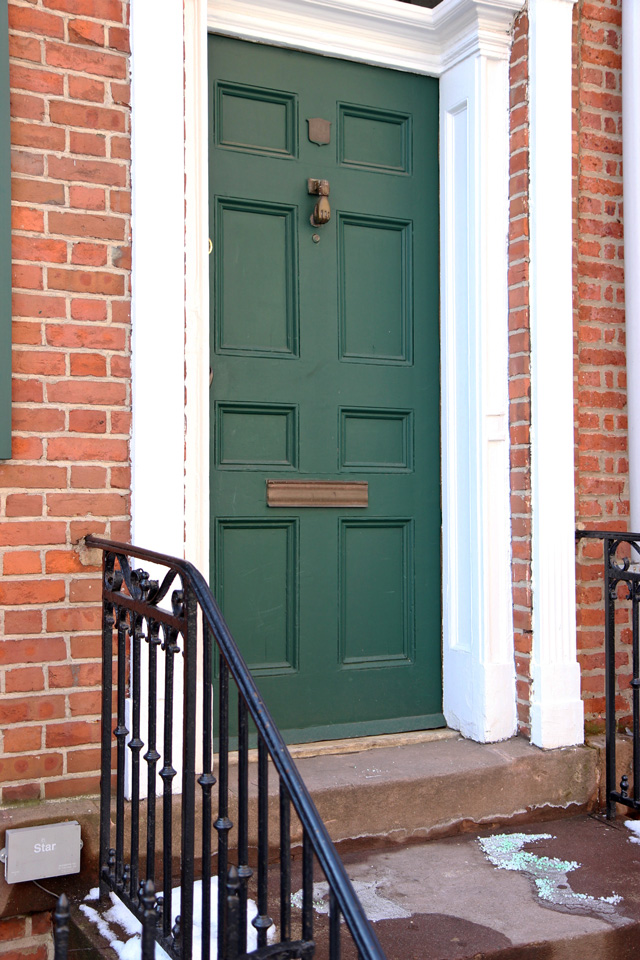 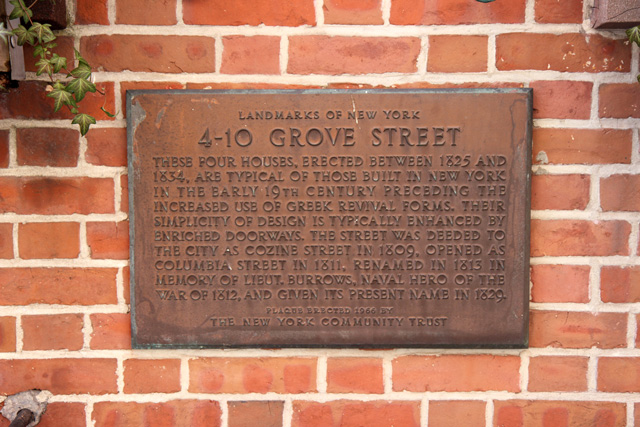 This plaque is about the landmarked townhouses on Grove Street (right in front of Grove Court).