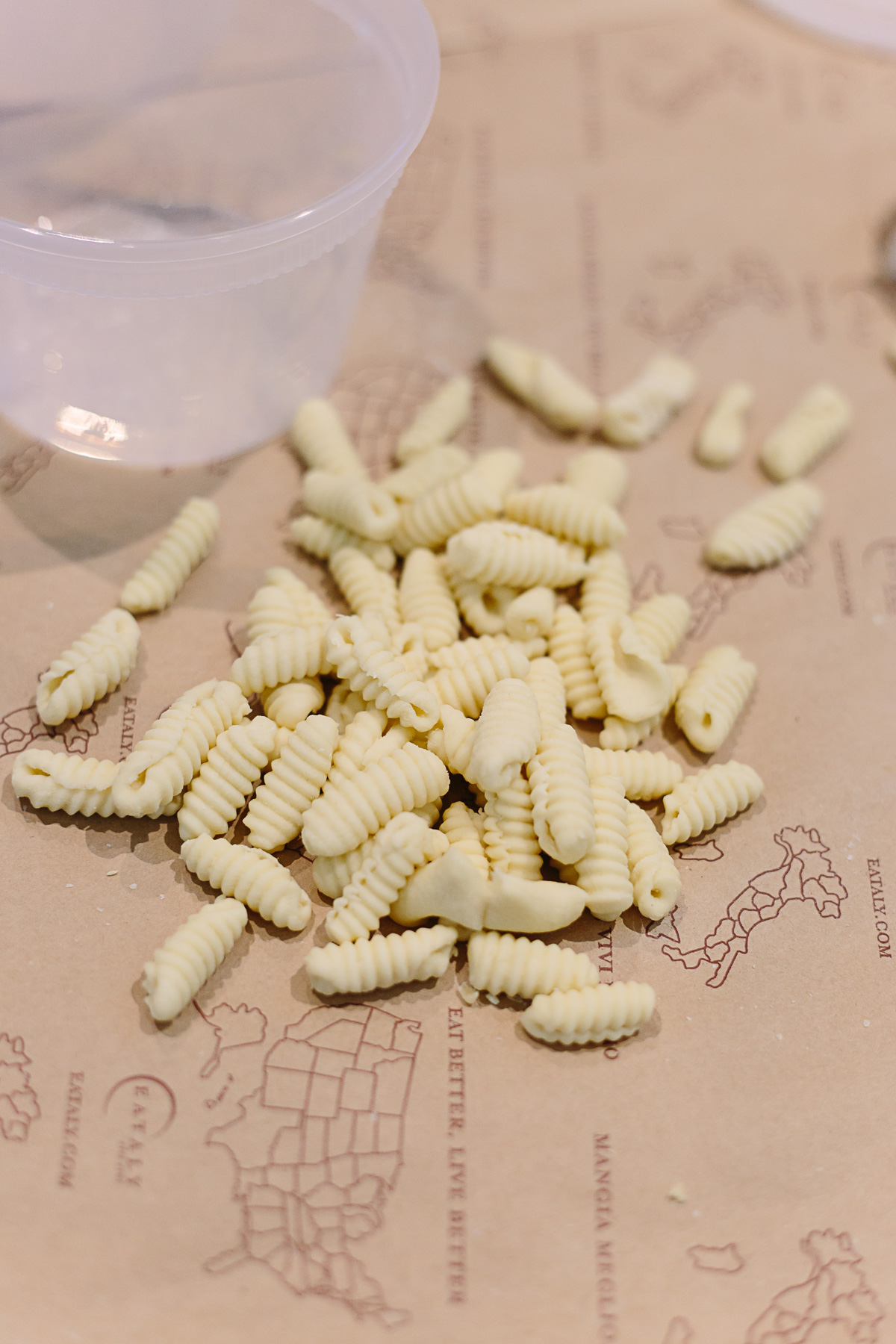 Last weekend my sister and I took a pasta making class at Eataly in Flatiron. I wasn’t planning on posting about it, but it was so good that I decided I needed to share in case anyone was considering it or looking for a good cooking class. I’ve taken a few cooking classes before and this was definitely the best so far. 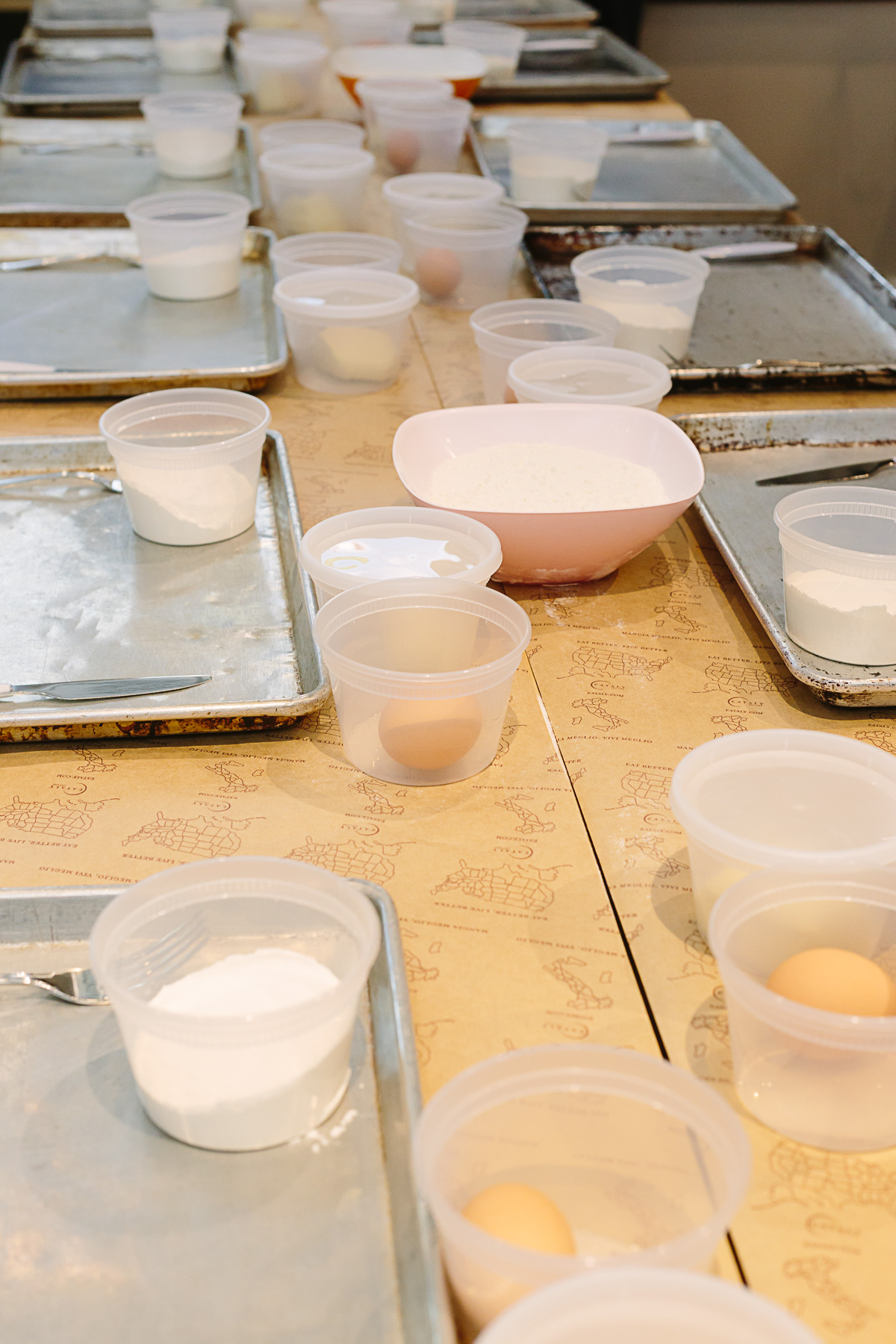 What made the class really good was that it was part cooking class, but part cooking demonstration, which I really enjoyed. We watched as Chef Alexis Mejia made different types of homemade pasta, demonstrated how to shape and roll them out, and then created dishes from them, and all the while the wine was flowing copiously and Chef was teaching us tons of interesting and useful things about making homemade pasta. In the middle of class, we got up to try our hand at making our own, which was actually really fun and eye-opening – it was good to get our hands in there and actually do it ourselves after watching the Chef do it and hearing her instructions on it. At first it seemed impossible but then I wound up making cavatelli (in the first picture), and actually found it fun! I liked that that part wasn’t too long though, because honestly I’m not the biggest fan of cooking but oddly I do enjoy watching cooking shows, so I was more into the demonstration part (and the eating part, obvi). 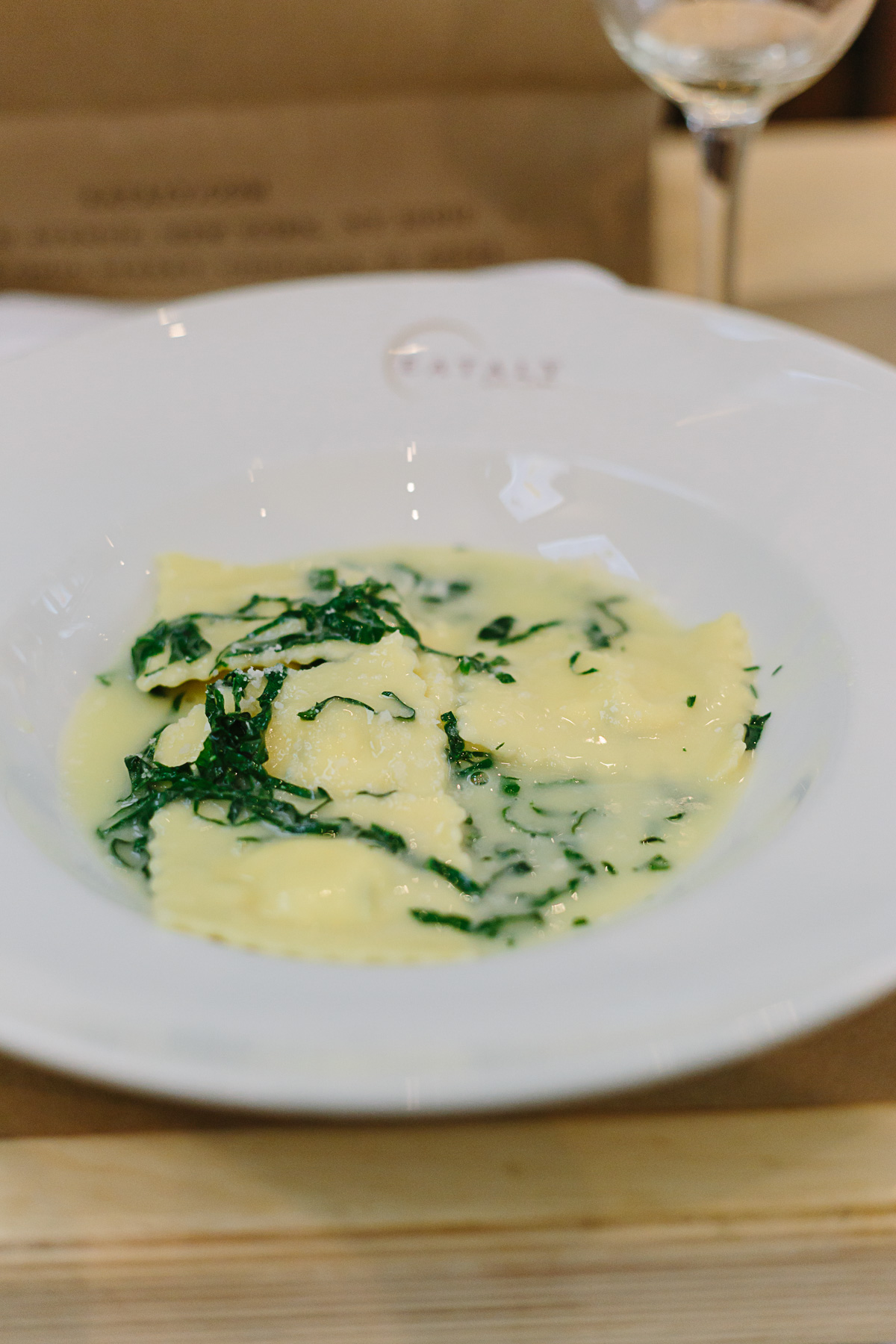 The other thing that made the class awesome – they served us three different dishes which, not kidding, were seriously among the most delicious things I’ve ever eaten in my life. I don’t know if I was just really hungry or this Chef was just incredibly talented, but I was seriously in pasta heaven. We had pinzimonio (a fresh panzanella-esque salad with heirloom tomatoes), then the most insanely delicious pasta with spinach basil pesto and stracciatella, followed by fresh ricotta ravioli with butter sauce and ribbons of kale. I just can’t even describe how good it was. In case you’re curious, the wine was Sophia Bianco from the Basilisco Winery.

La Scuola is the cooking school at Eataly, and they offer a ton of different classes.I highly recommend you take one if you’re interested! The specific one we took was called Fresh Pasta: Hands On. It was 100% worth it and made for a really fun night –  I really want to take this dessert one next!