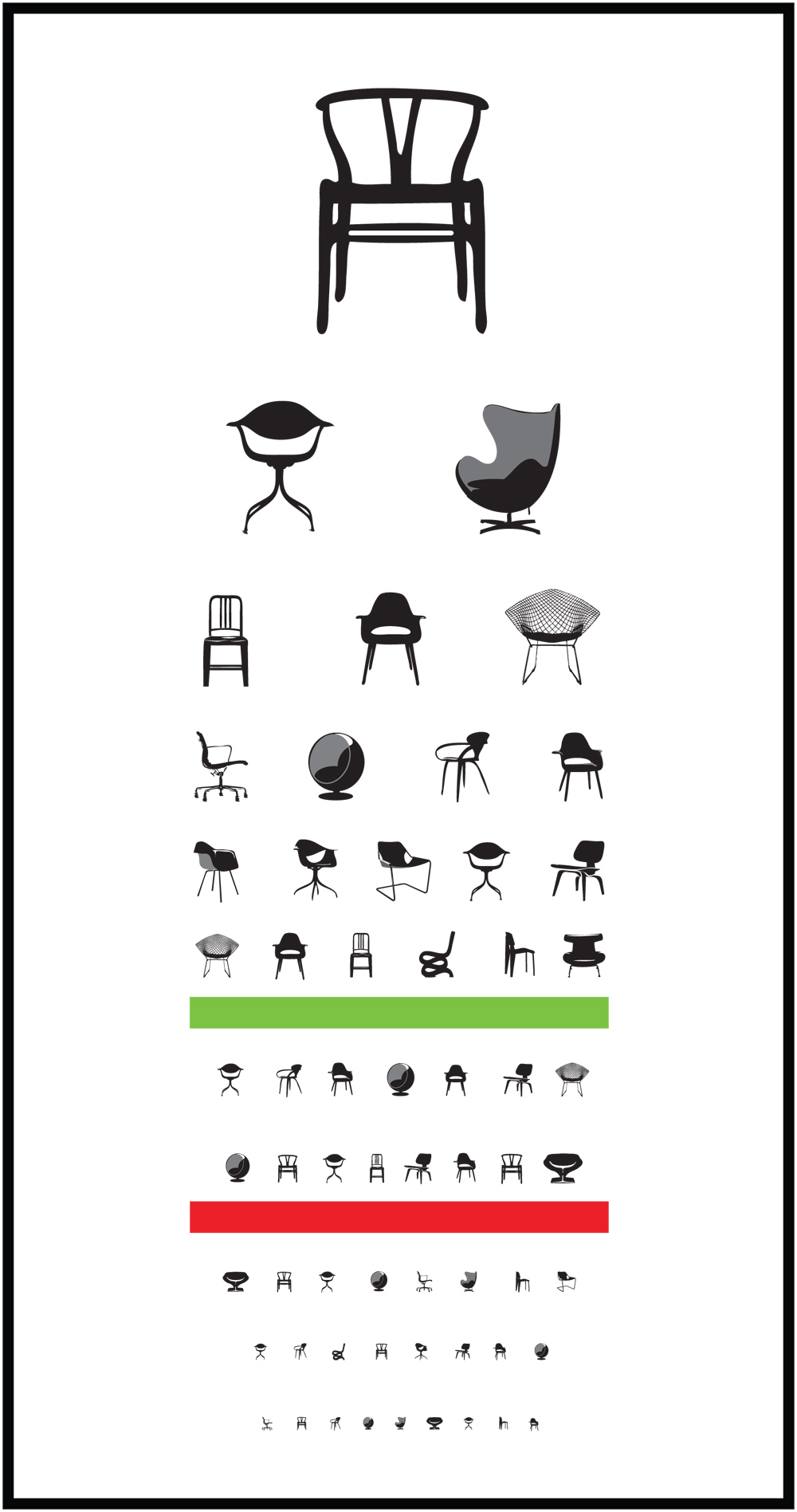 A while back I came across an article where ten designers were sounding off on knockoffs of iconic design pieces, and I thought it was an interesting topic. I never really had any strong negative feelings about knockoffs, but reading this made me think about them in a different way. Unsurprisingly, the designers, for the most part, viewed them in a very negative light – as worthless, undermining the work that went into the original, and overall being damaging to the design industry.

While I totally understand everything those designers were saying, part of me feels like when it comes to decor, it shouldn’t be so serious, and people should have fun with it and go about it in a relaxed way. If you’re purchasing pieces for your forever home, or you know for a fact that you LOVE, for example, a Bertoia chair and will always love it, then by all means, buy an authentic version from Design Within Reach or another retailer (if you can). But otherwise, I agree with the designer in the article who said that knockoffs can function in a home the same way an original can – in fact, maybe better, because you won’t be so devastated if you spill grape juice on it or whatever. Sometimes it really just isn’t financially feasible to buy a $700 chair!

I myself am more rigid about knockoffs when it comes to fashion, rather than decor…not really sure why that is. I would never buy a knockoff designer handbag – it just doesn’t appeal to me at all and I think it’s tacky to have a fake Chanel. I would either splurge on the real deal or buy a lower priced, non-designer handbag from J. Crew or Everlane or something (but is that how we should behave with iconic design as well?). 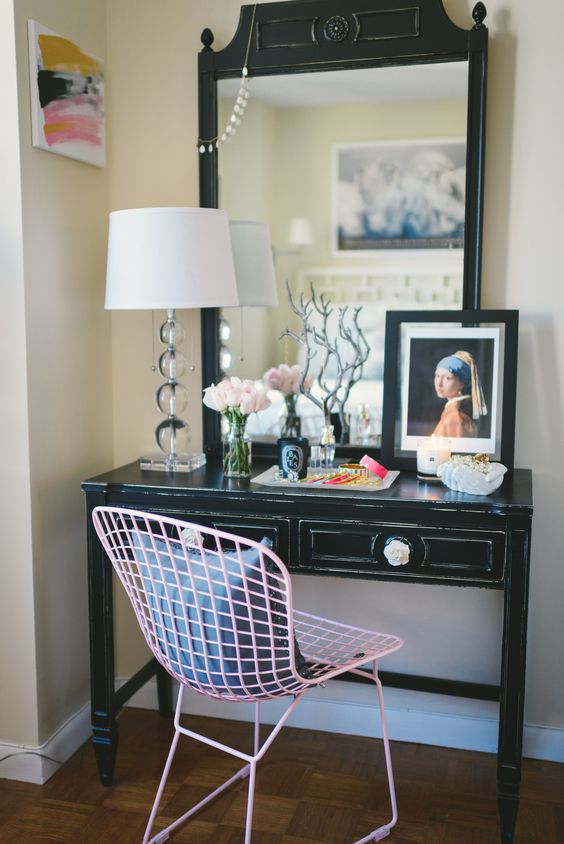 By contrast, I bought a knockoff Bertoia chair when I was in my early 20’s, and I bought it with the specific intention of spray painting it pink. If I were to buy a real Bertoia chair, there’s no way in hell I would spray paint it pink! I guess it was a factor of being young and also knowing nothing about design at the time, but the thought of buying an original didn’t even cross my mind. I don’t recall if I actually even knew that the chair was a knockoff of an iconic piece. 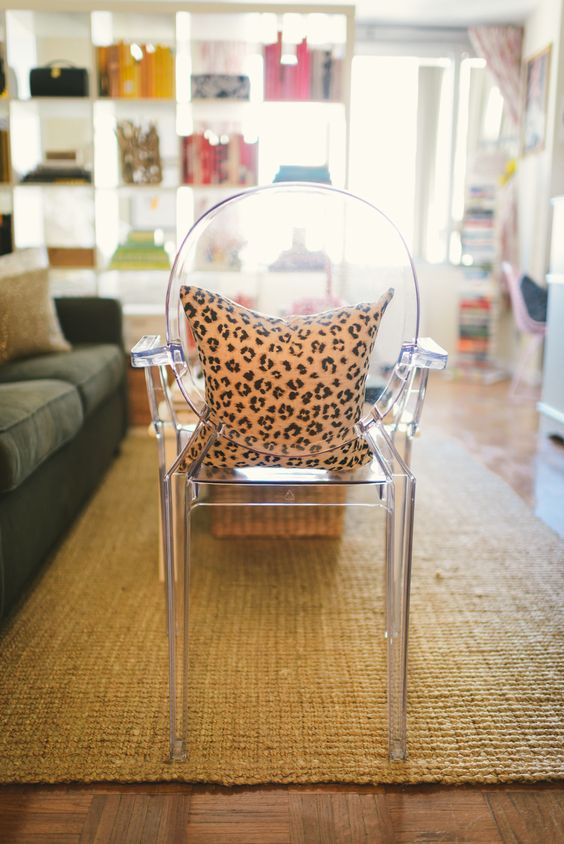 I also bought a knockoff ghost chair after considering the possibility of purchasing a real one. To me, it just wasn’t worth it to spend 400 dollars on a plastic chair when the knockoff gets the job done, and I did a lot of research to make sure that the knockoff would be a good enough choice (plus I figured this way, when I get a scratch on it, I don’t have to freak out). Again though, I was really young at the time and not thinking much about longevity and quality (although to be honest, my “fake” ghost chair has held up perfectly).

As time has passed, I definitely think my opinion on knockoffs has broadened – I can see why it would really piss off designers and people in the design industry. They see the quality, creativity, and workmanship that goes into originals, and it must be incredibly frustrating to see people buying replicas. I can also understand how annoying it would be to the original designer or design house, to be copied. They say imitation is the sincerest form of flattery but I don’t think anyone who’s had the experience of being copied would agree with that!

I think part of my changing opinion on knockoffs has a lot to do with getting older and the fact that my tastes are changing a bit. As the years in my apartment have gone by, I’ve started feeling more attracted to spaces that feel a bit more adult and permanent – more like the tours I see on One Kings Lane, and less like the ones I see on sites that skew younger, like Glitter Guide. I have started to consider the possibility of buying more investment pieces (like custom curtains from a designer fabric), but so far I haven’t made any moves. I’ve also been fantasizing about buying a Loop chair, but it’s like, I’m clearly not going to buy the antique Frances Elkin version that costs ten grand or so. I would buy one of the reproductions that are out there…and I wonder how designers feel about that. That seems to be more of a replica of a piece that would be impossible to afford as an original and less of a “knockoff,”…is there a difference between the two, and is the former more acceptable?

I’d love to hear your thoughts on this topic! Would you buy a knockoff, in decor or fashion? Do you see a difference between knockoffs in the two categories? Let me know what you think!

PS – The lead image is a clever poster available for purchase here.

images by Kate Ignatowski from my first home tour