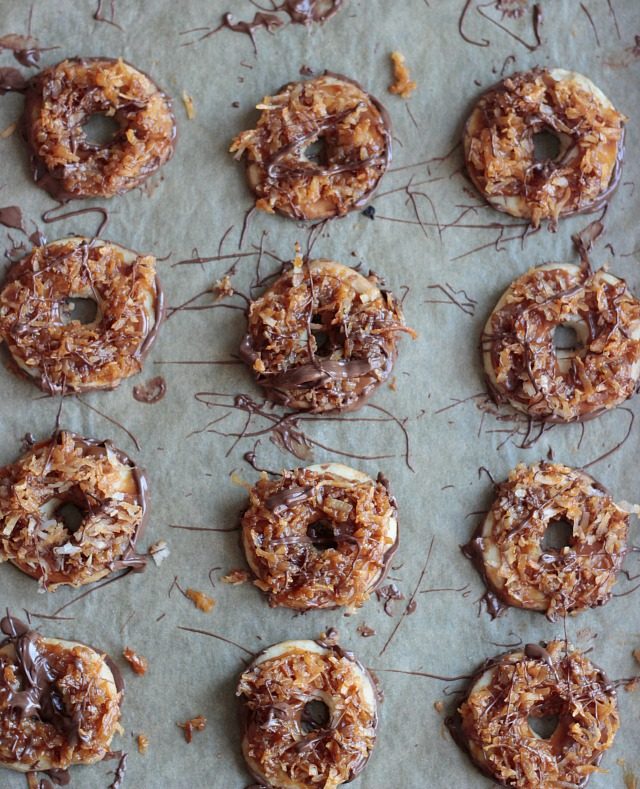 No offense to the Girl Scouts, but I always find their cookies to be a bit of a letdown – they just never taste as good as I expect them to. I’ve always wanted to try my hand at making a homemade version, and I finally got around to it a few days ago. I followed this recipe for Samoas made from scratch, but I added a little twist! The night before I made these, I happened to have an episode of Good Eats on in the background, and Alton got to talking about dulce de leche. He showed how to make it, and it looked to me exactly like the process of making caramel. (I’m still not really clear on the difference between the two). It looked delicious and I filed it away in my head as something to make at a later date (I even Googled “dulce de leche” recipes and settled on this one, which I still want to try). Then the next day while I was in Williams-Sonoma buying caramel for my Samoas, what do I see next to it but a jar of dulce de leche! I figured, why not sub that in for the caramel? I also subbed out the semi-sweet chocolate for milk chocolate on half the batch. 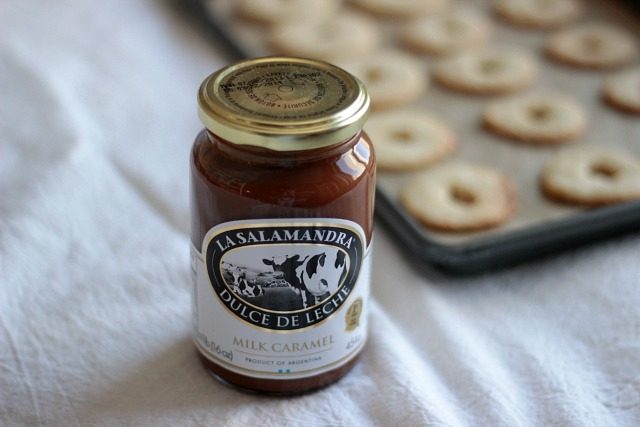 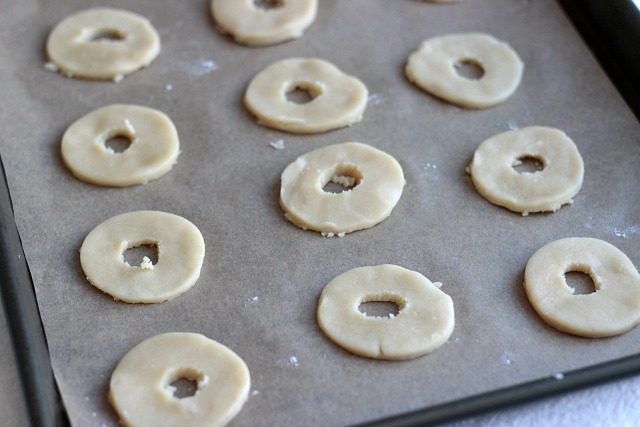 After making the dough I used a cookie cutter to cut circles, then just used a knife to cut out the middle circles free hand. In the recipe I followed she uses a cool donut cookie cutter , which I can’t really justify buying, but it would save a ton of time. 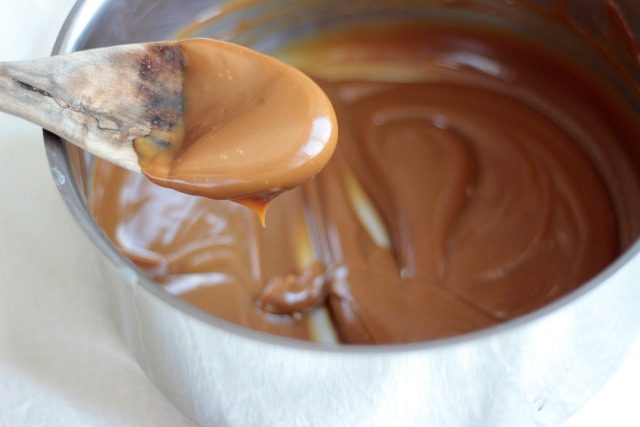 Sweet, silky smooth dulce de leche. Still not totally clear on how it’s different from caramel, but they do kind of have a different taste. 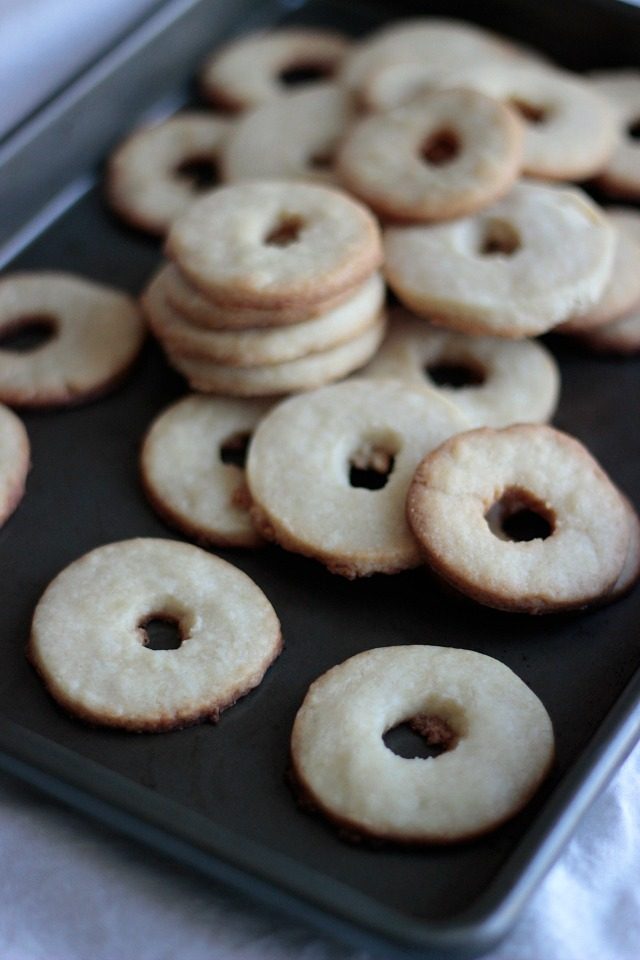 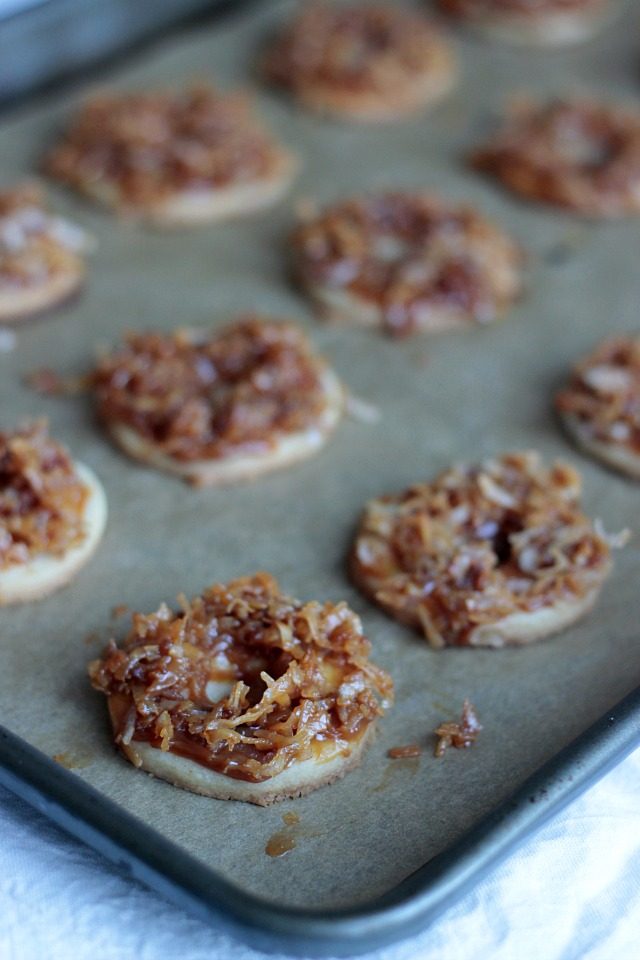 The coconut and dulce de leche are in place…just needs chocolate now! 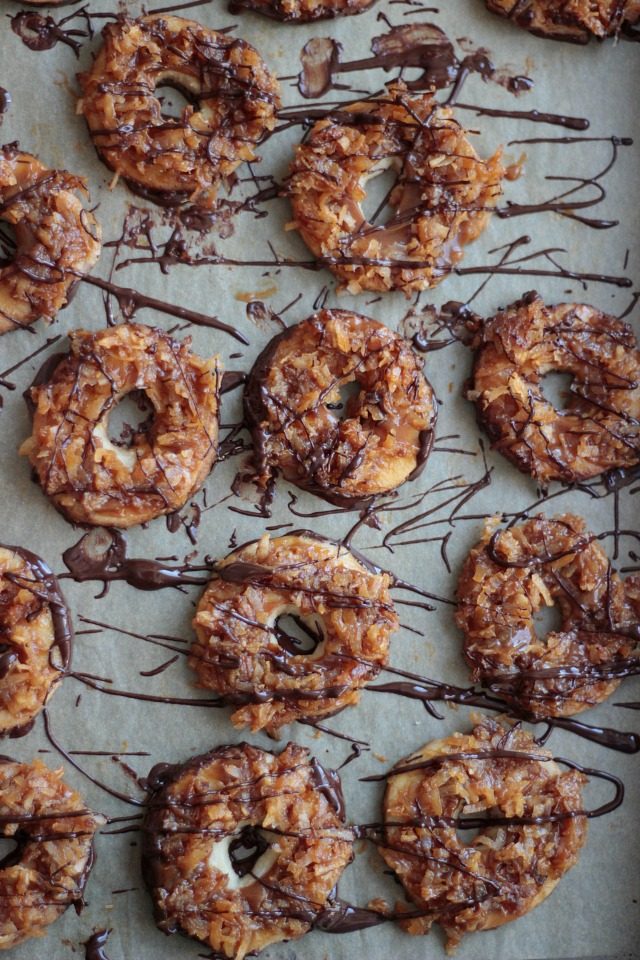 The finishing touch…bottoms are dipped and tops are drizzled. 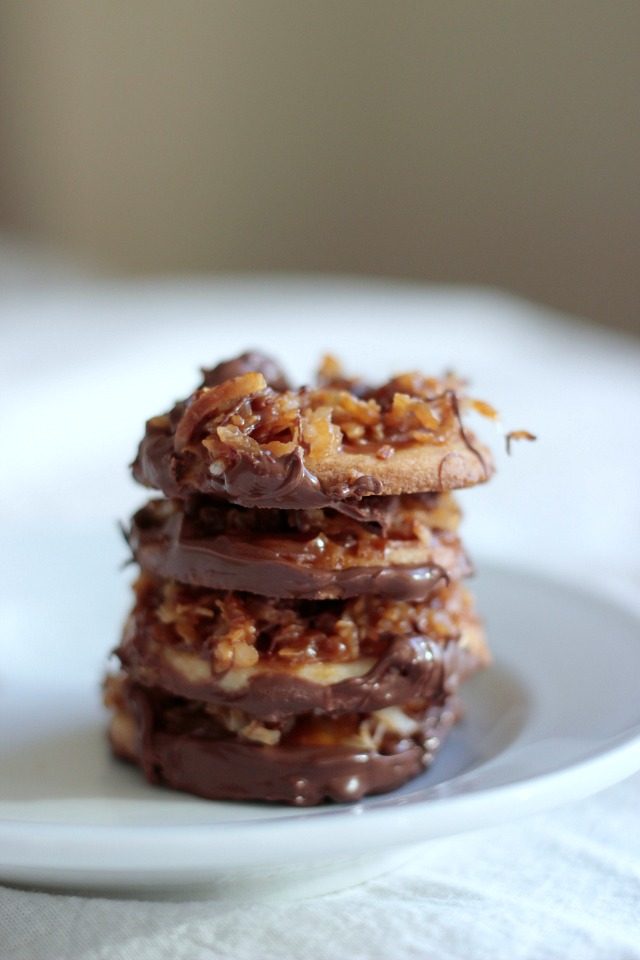 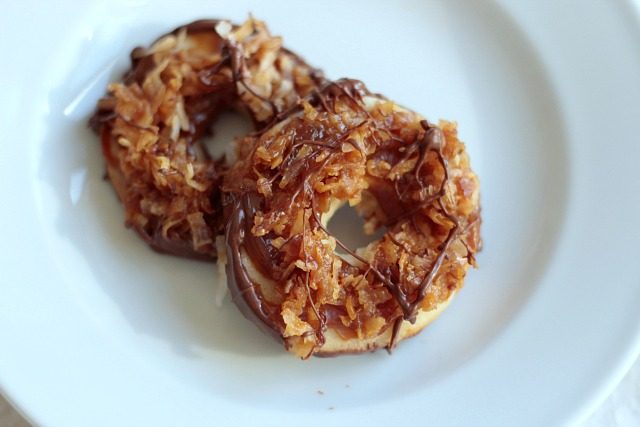 These dulce de leche Samoas are SO delicious, it’s crazy. To be honest, they’re also crazy time-consuming and kind of a pain – they took me the better part of an entire day to make (but that was also because I burned the coconut and had to run out for more). However, anything homemade is better than the boxed version, as you know that these have no oils or weird chemicals in them. So if you do decide to undertake this recipe, know that it’s not a quick and easy one, but the results are well worth it!
photos by me