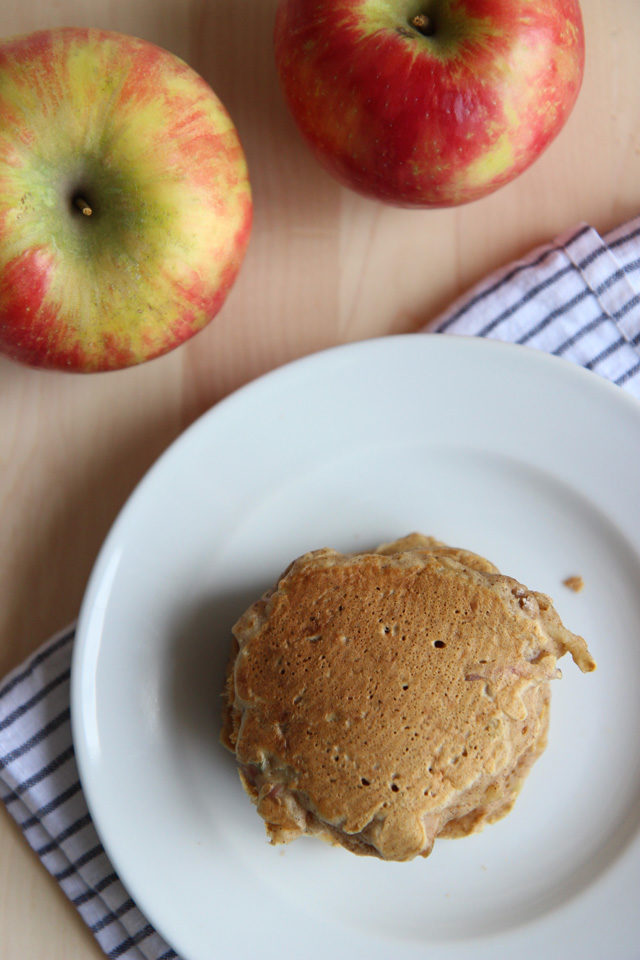 As much as I love pancakes, they always leave me with a strange combination of feeling nauseously full, and yet strangely still hungry an hour later. Not the best combo! That’s not to say that I’ll never be ordering them at brunch again (guess I’m just a glutton for punishment), but I do happen to think that homemade pancakes are probably a healthier alternative. These apple cinnamon pancakes are super easy to whip up and don’t require any ingredients that aren’t likely already sitting in your kitchen – making them perfect for those lazy Sunday mornings when you don’t want to get out of your pj’s. Read on for the recipe! 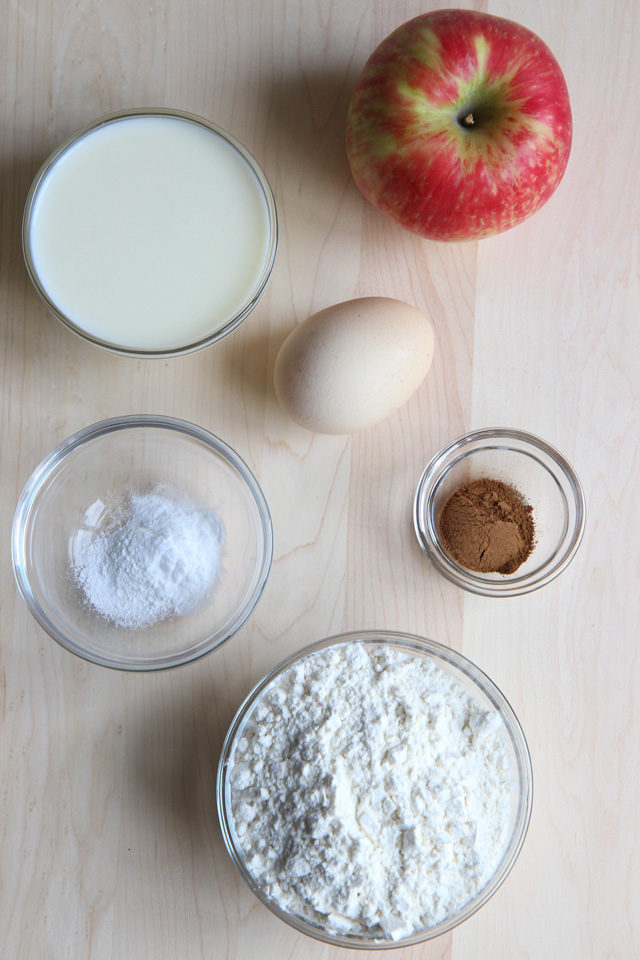 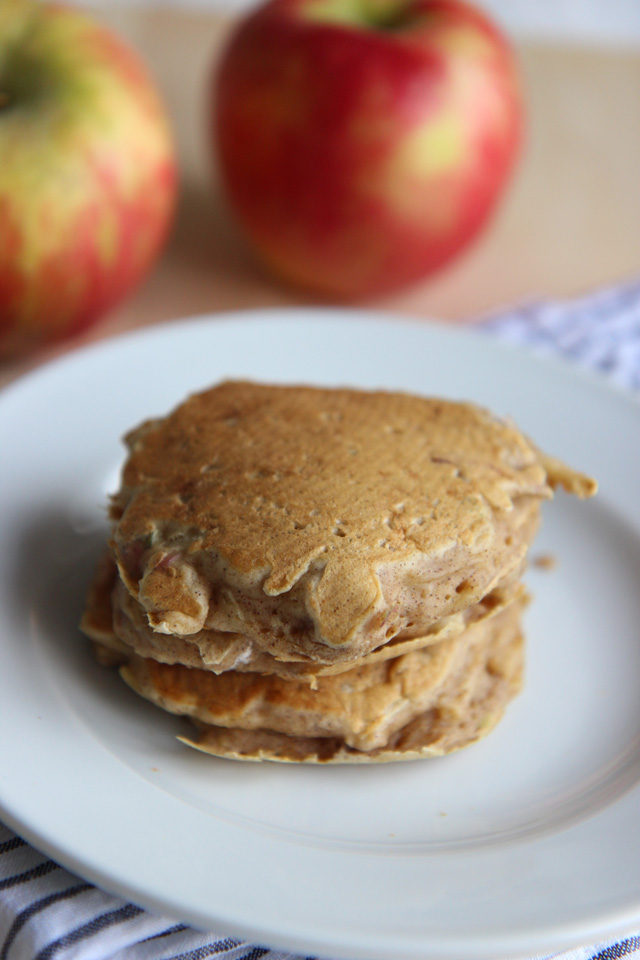 Mix together the milk, egg, and grated apple. In a separate bowl, whisk the dry ingredients together. Add the dry to the wet ingredients and fold together until just mixed. Heat up your griddle and swirl on a little butter.  Then add the pancake batter in spoonfuls. These will NOT cook up as quickly as regular pancakes – each one (for me) took a few minutes at least to fully cook through.

Top each pancake with a little smear of butter as soon as it comes off the griddle (that’s a little trick I learned from my dad). Top with some warm maple syrup and enjoy!

Note: Don’t expect an overwhelming taste of apple and cinnamon from these. The flavors are subtle, so it’s almost like a plain pancake with just a hint of apple and cinnamon. I have a feeling you could increase the cinnamon, probably to a teaspoon and half or maybe even two teaspoons. I plan on trying that next and will report back!