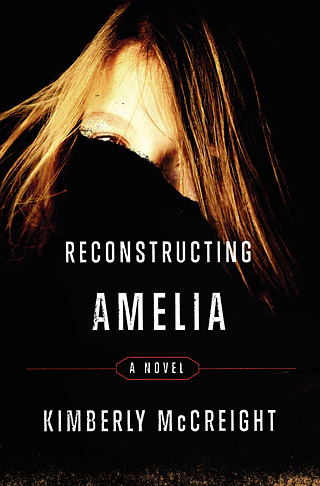 I recently finished up Reconstructing Amelia, and I really liked it. It’s part psychological drama and part mystery, with the story centering around a mother who is “reconstructing” the life of her daughter after a terrible accident occurs. As she struggles to uncover the truth behind what happened, she discovers that she didn’t know her daughter nearly as well as she thought she did. The book was unpredictable and it kept me guessing-and I never lost interest in unraveling the mystery. In fact, as the book moved on, I felt more invested and more and more curious to “solve” the mystery.

The story is told mainly through regular prose with some texts and Facebook messages interspersed throughout. I would have thought that as a storytelling device this might be a little annoying and disruptive, but those bits actually flowed well. They weren’t long enough to feel like interruptions, so I thought it worked. I had heard this book described as Gossip Girl meets Gone Girl, and I would guess that if you liked Gone Girl you will enjoy this one!

I was also excited to hear that the book has been optioned for an HBO movie, to star Nicole Kidman as Amelia’s mother. I definitely would not have pictured Nicole Kidman as this character, so I’ll be very interested to see how she pulls it off!