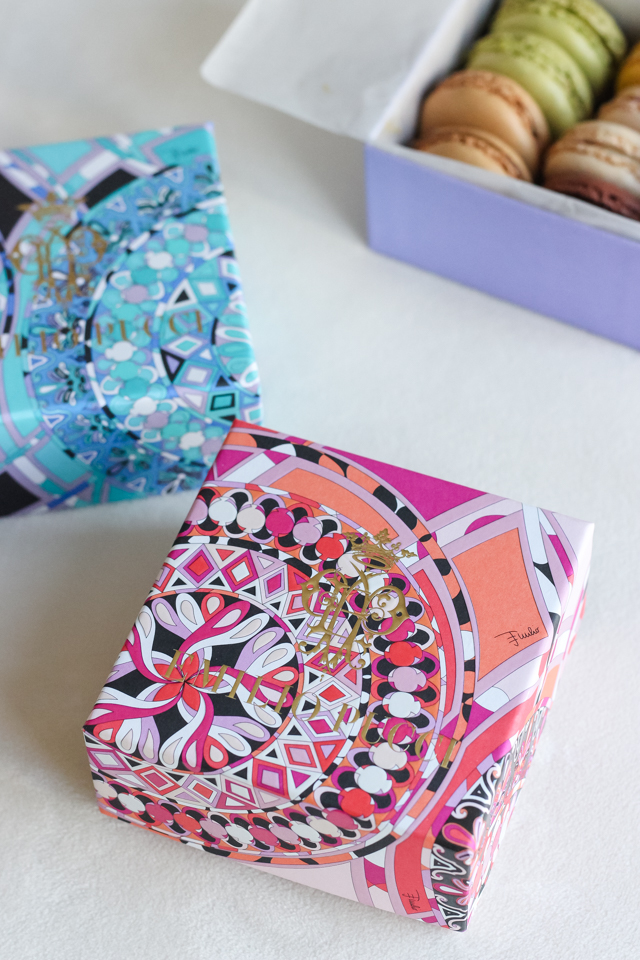 By now you all know how I love Ladurée’s macaron boxes, especially when they team up with another awesome brand to create something amazing. Each box seems to be prettier and more special than the last, but their latest collaboration with Pucci has to be my favorite yet. They released two limited edition boxes covered in gorgeous Pucci patterns – one pink, and one blue, each of which comes with its own matching bag (so, so pretty). In addition, they also released the same two patterns in silk-covered boxes, which as far as I know are only available in New York down in their Soho boutique. This collab actually debuted in Paris a few months ago for Paris Fashion Week, and now it has come stateside, much to my delight. They also debuted a limited edition Pucci macaron consisting of lemon and rose flavors, which you may have seen on my Instagram. 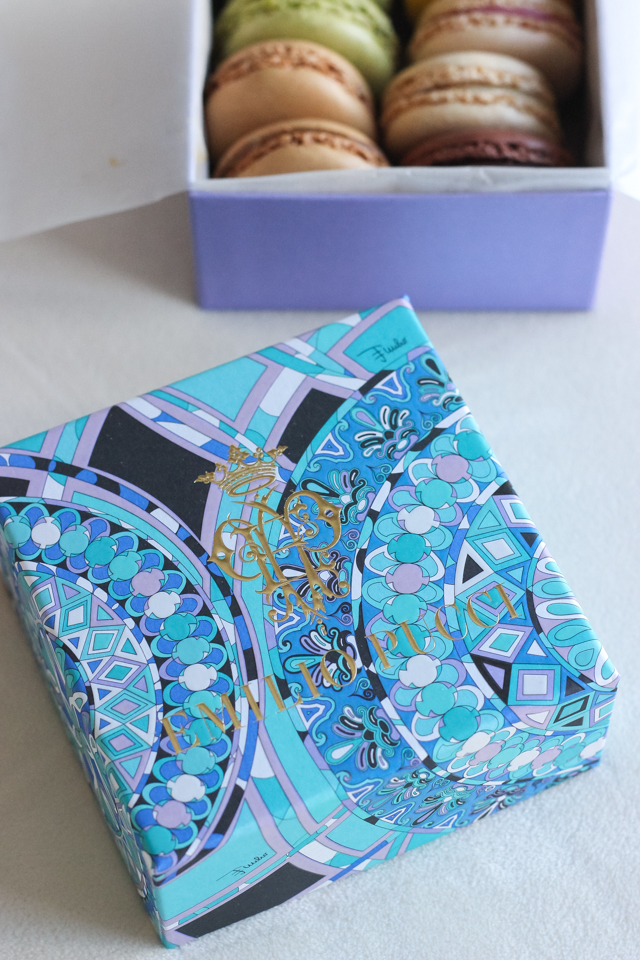 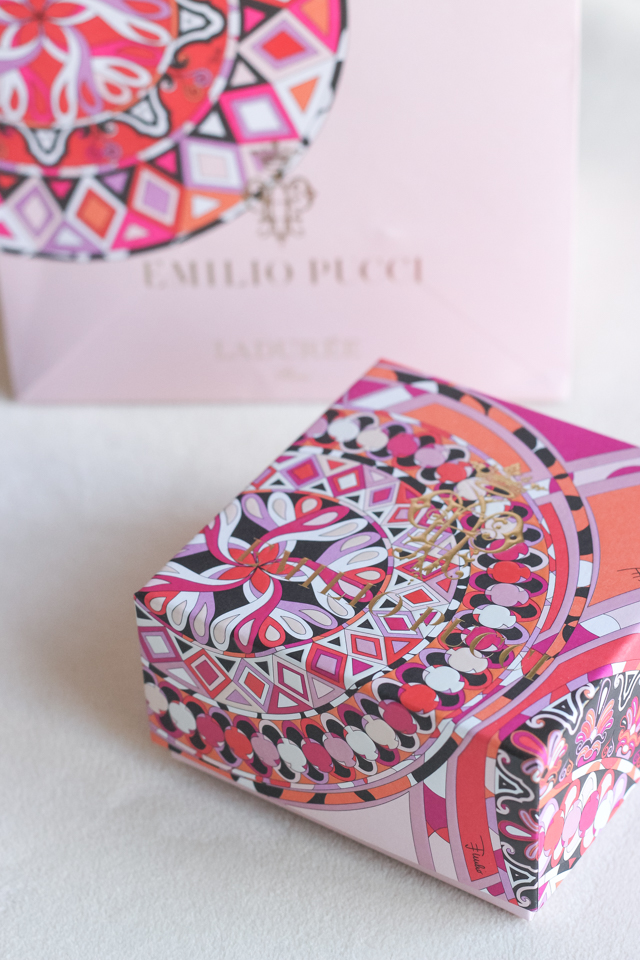 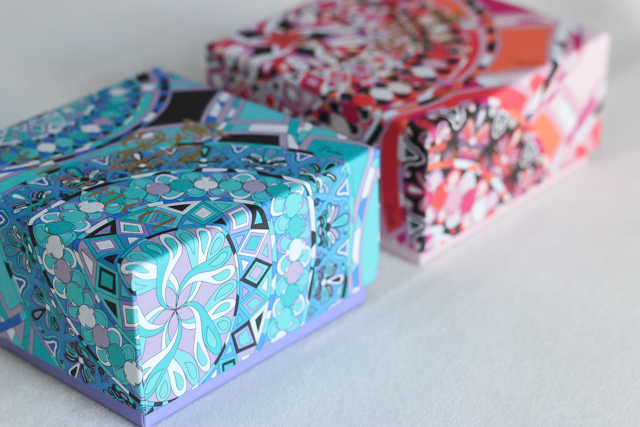 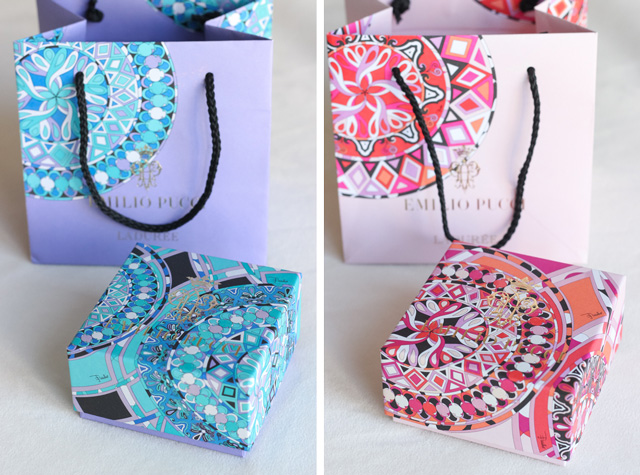