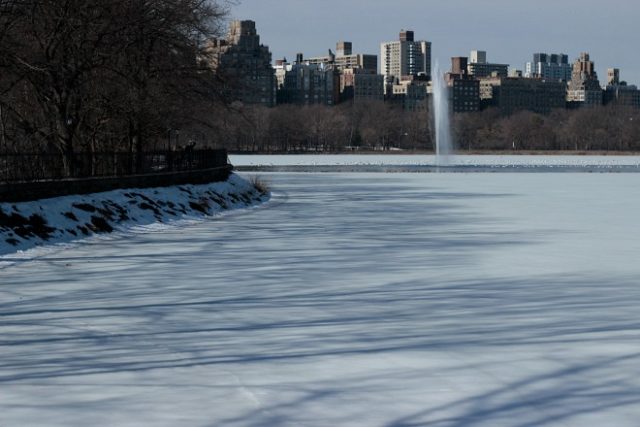 I took a stroll through Central Park a few weekends ago and discovered a few new-to-me areas: Bridge No. 24 (the gray and white one below), The Bow Bridge, and The Ramble. Every time I go to the Park I seem to “discover” some new landmark (mainly because I don’t know my way around). 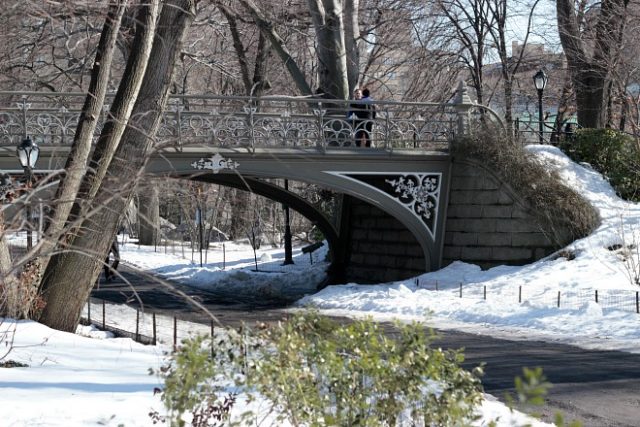 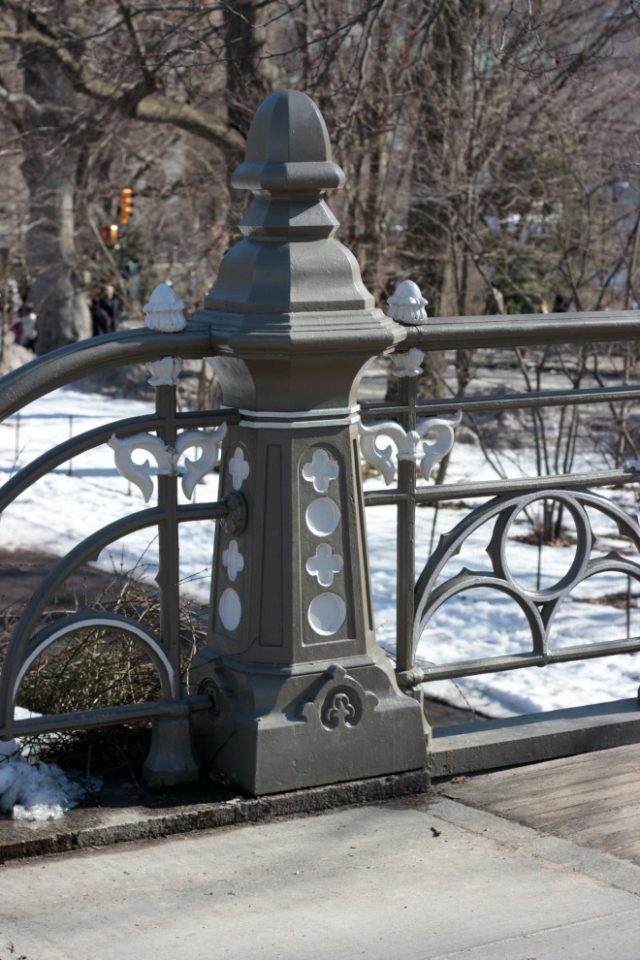 According to the Central Park website, Bridge No. 24 is one of the oldest cast-iron bridges in America, and was built as a walkway so pedestrians could avoid all of the people riding on horseback below. 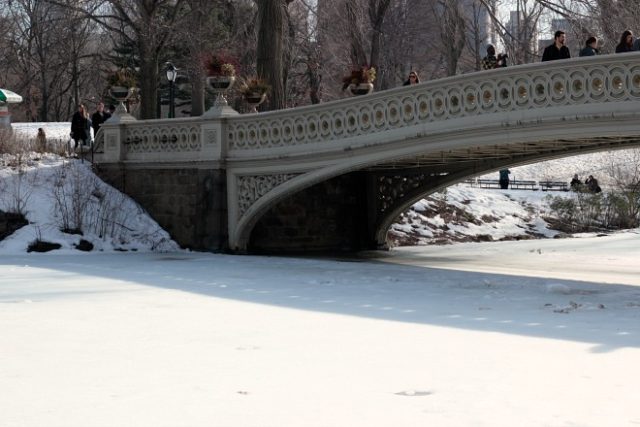 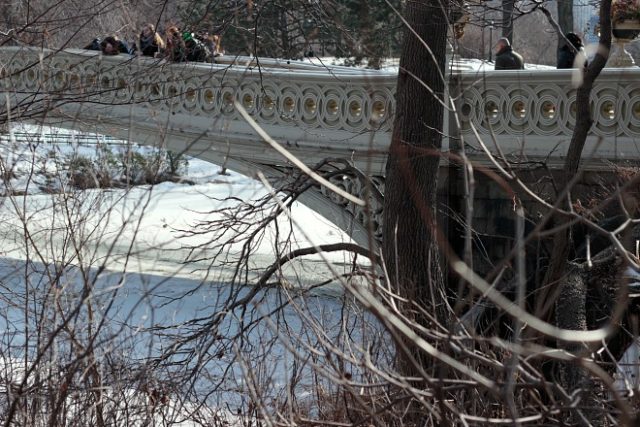 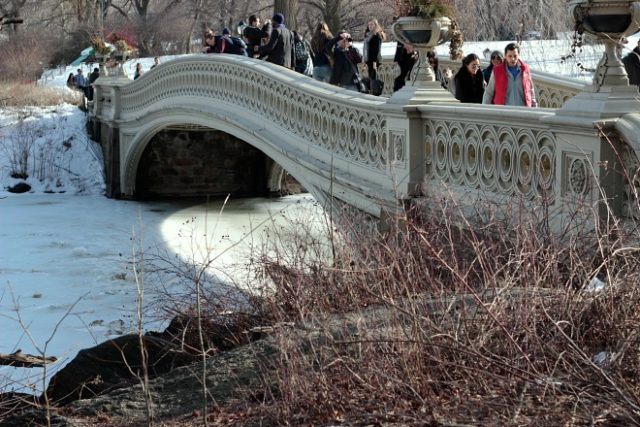 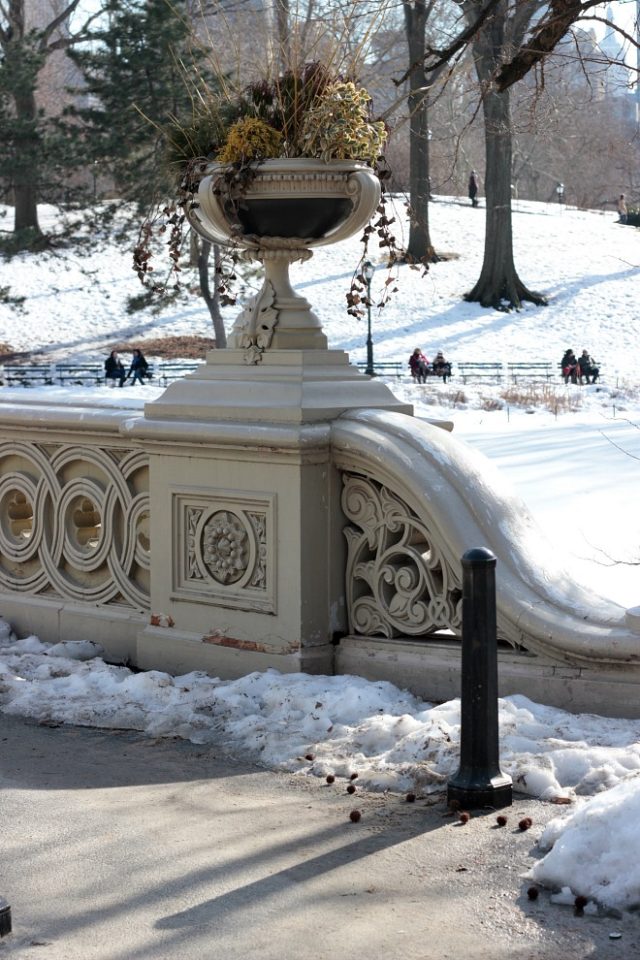 I was really happy to come across the Bow Bridge, because after seeing Carin’s AMAZINGLY GORGEOUS photos of it covered in snow, I was wondering where this lovely bridge was and why I had never seen it. As per Central Park’s website, the Bow Bridge is named for it’s shape, which is similar to a violinist’s bow, and is the second oldest cast-iron bridge in all of America (and Central Park’s first). 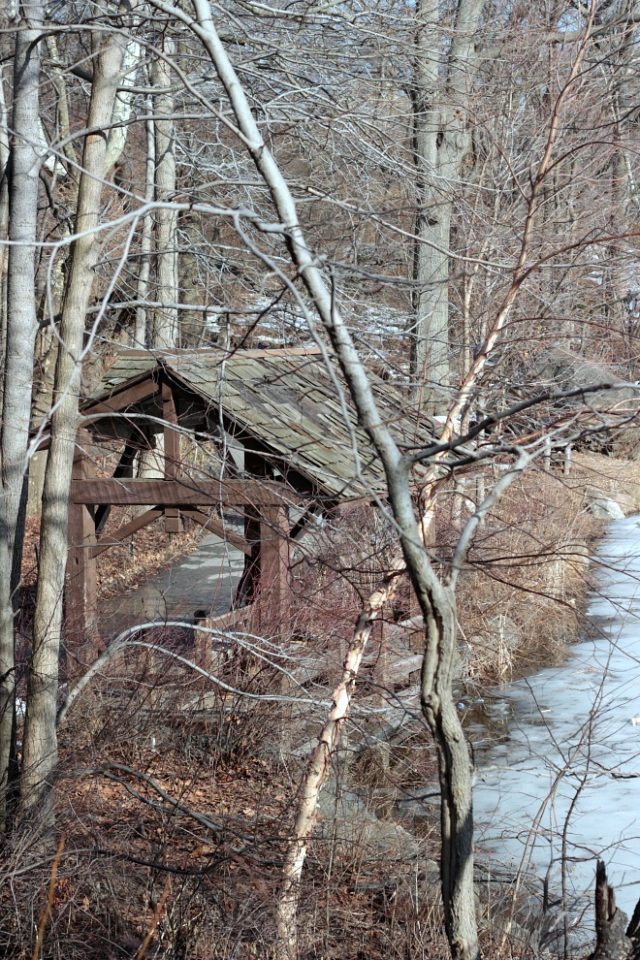 A little hut/shelter overlooking The Lake. 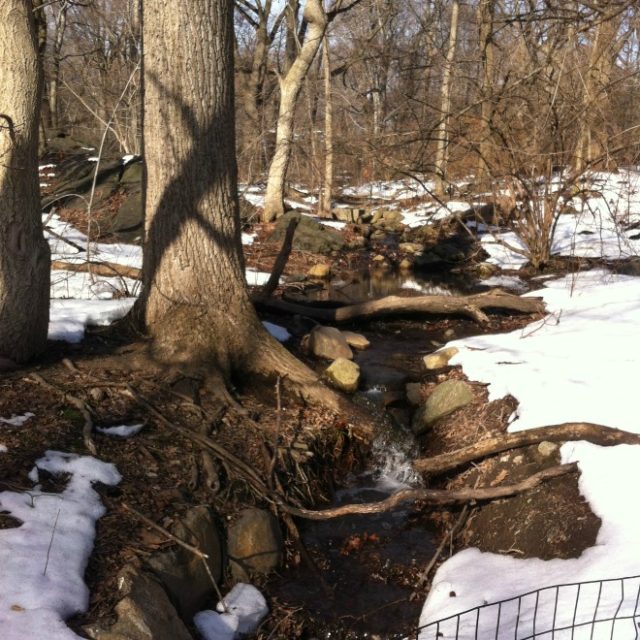 The Ramble was very cool because it’s so unlike any other area of Central Park – you’re really kind of wandering through the woods on twisting footpaths. Above is the little babbling brook I encountered, which was (as someone pointed out on Instagram) very fairytale-esque! 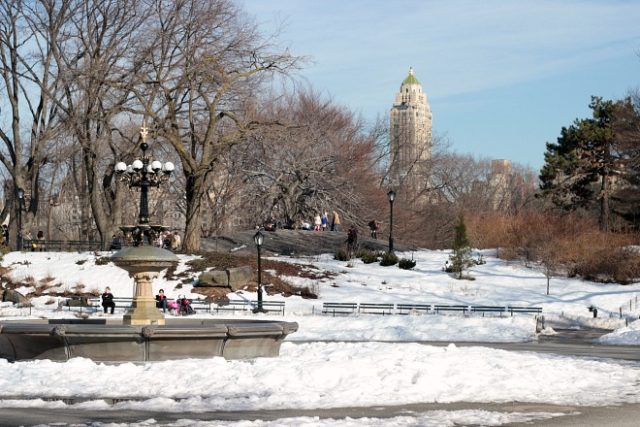 This is the Cherry Hill Fountain, which used to be the watering trough for all of the horses drawing buggies through the Park. This area is named for all of the cherry blossoms that will apparently bloom here in the spring. Fun fact: many people think (and tour guides tell people) that this is the fountain that they’re splashing around in during the opening sequence of Friends. This is a myth, however – that was actually filmed on a lot in Warner Brothers Studios in LA.

Anyway, speaking of cherry blossoms, the snow was nice and all but here’s to hoping that the next time I post pictures of Central Park, it’s all in bloom. I’m SO READY to take pictures of flowers! And trees with actual leaves on them.