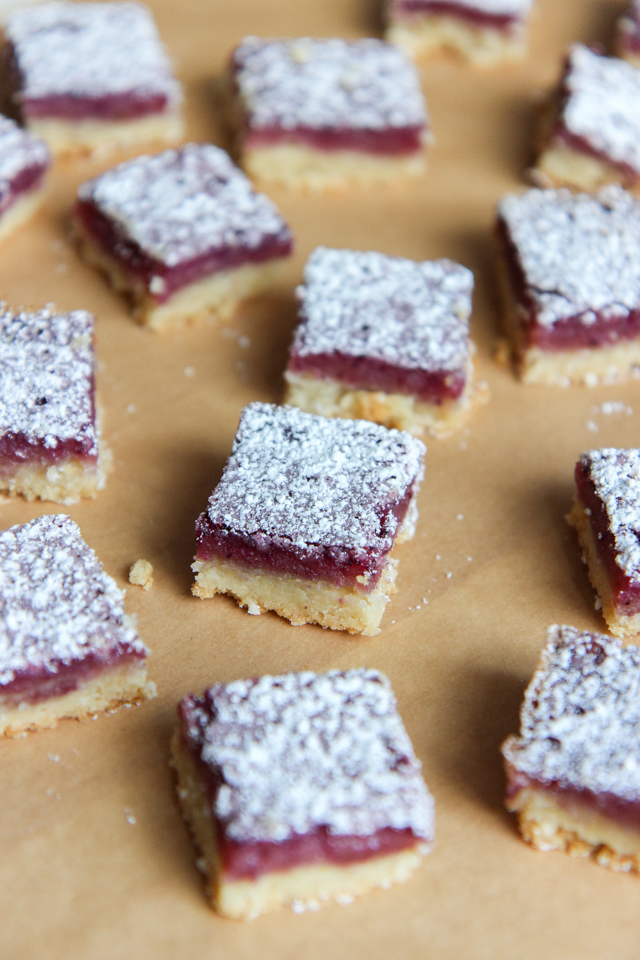 A few weeks ago I decided to make something sweet (it had been a while since I baked!), so I set my sights on Smitten Kitchen’s Pink Lemonade Bars. Such a cute concept and so pretty. Unfortunately, when I got to the farmer’s market at Union Square it turned out the raspberries had already run their course – but rather than picking up a carton at Whole Foods, I decided to improvise with what was at the market: blueberries! So, I present to you Blueberry Lemonade Squares. They’re fresh and fruity with just the right amount of tartness from the lemon, plus they’re super pretty! Get the recipe after the break… 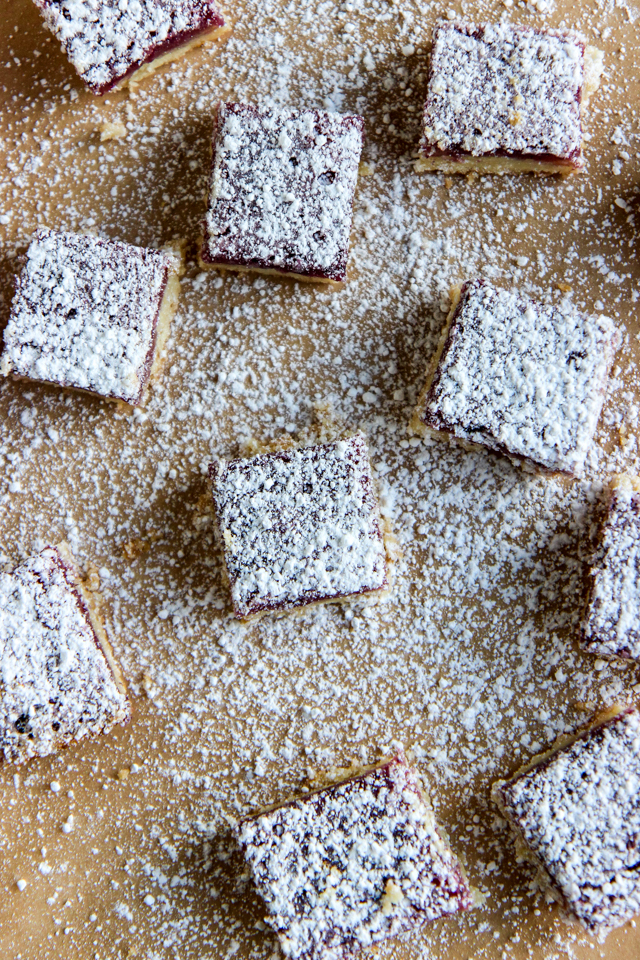 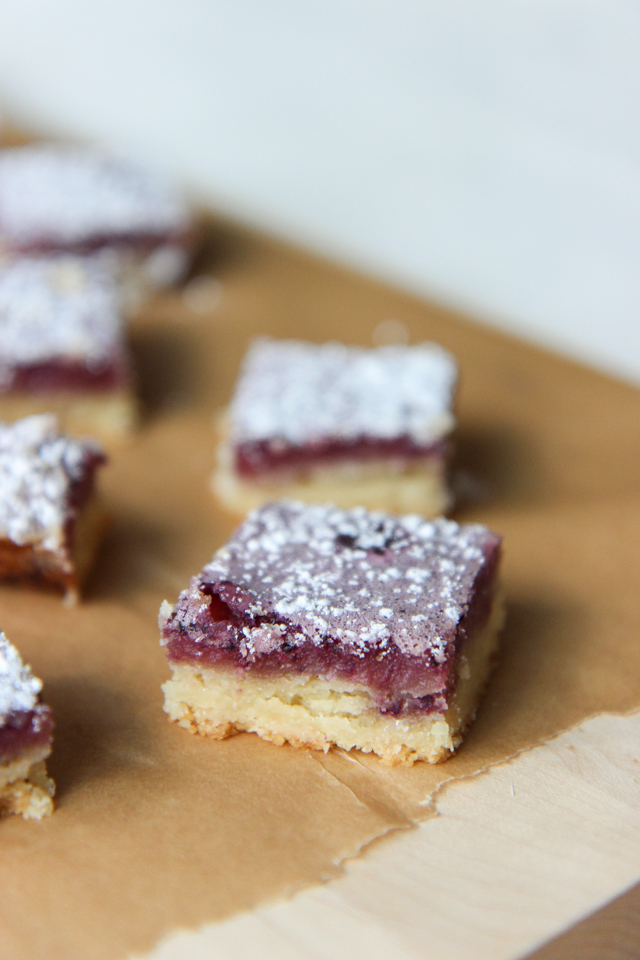 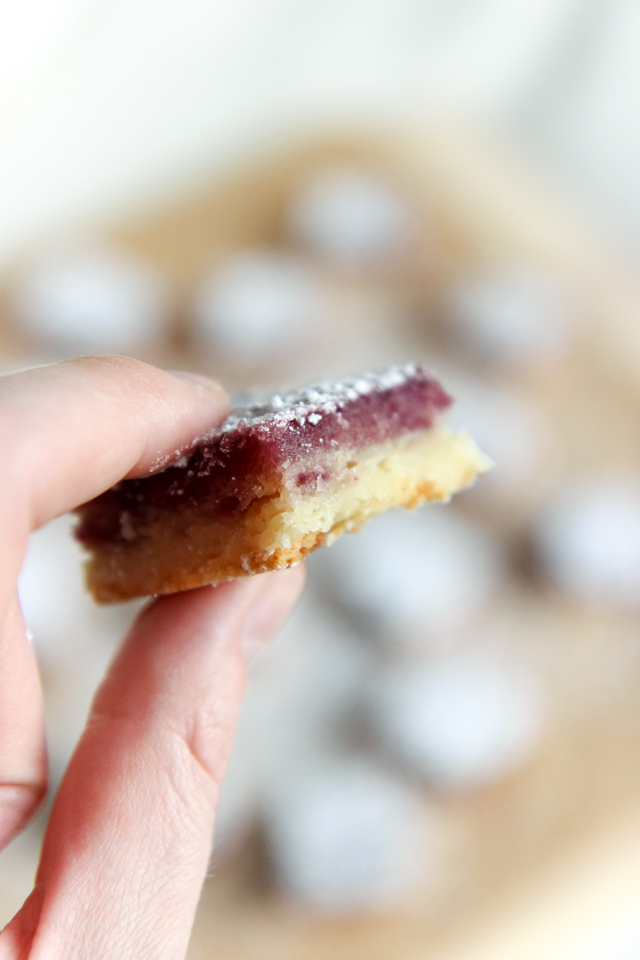 Preheat your oven to 350 degrees F and prepare an 8×8 baking dish by lining it with parchment paper, allowing the paper to extend up the sides. To make the base, pulse together the sugar, zest, and salt in a food processor (I used the small one that came with my blender). Then add the chunks of butter and pulse until it is evenly mixed throughout the dough. Next add the flour and pulse until just combined and the dough is crumbly. Press the dough into your pan – don’t worry about making it perfectly even. Bake for about 15 minutes, until lightly browned along the edges. Remove and set aside.

For the fruit layer, puree the blueberries in your food processor until they are as liquid as possible (my blueberries never actually got liquid – they were more like the consistency of jam or gelatin, but it turned out fine anyway). In a medium bowl, whisk together the eggs, sugar, and lemon juice. Whisk in 3 tablespoons of blueberry puree and stir in the flour. Pour into crust (doesn’t need to be completely cooled), and place the bars in a 350 degree F oven. Bake for 25-30 minutes until set (they’ll jiggle just slightly in the middle) and golden along the edges. Then cut and serve! I cut mine into tiny squares.