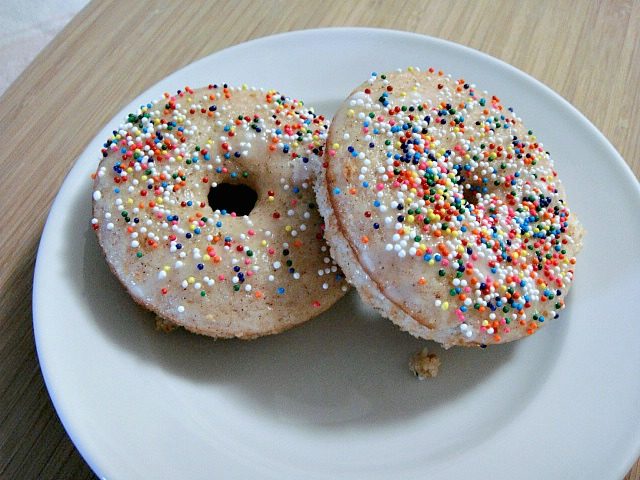 Recently I decided to make baked doughnuts, so I followed Channeling Contessa’s recipe for Vanilla Cinnamon Sugar & Buttermilk Baked Doughnuts. The recipe called for a topping of melted butter with cinnamon, sugar and vanilla beans, but I skipped that because I felt that mine just wouldn’t be complete without a smattering of rainbow sprinkles instead. Now that I’ve gotten that out of my system, I kind of want to make this again, but with the topping (I mean, it sounds quite delicious, don’t you think?) 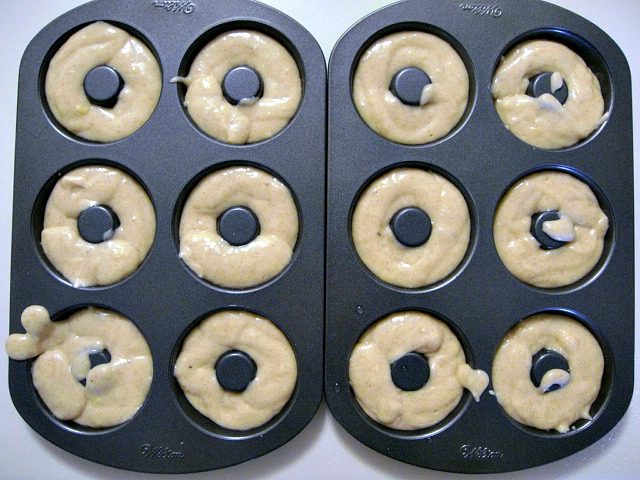 I used Clara’s suggestion of putting the batter into a Ziploc, snipping a corner, and piping into the pan. Just be careful-once you snip that corner, it comes blobbing out fast! Hence the mess on the bottom left corner. Once you get the hang of it though, the piping method works perfectly-definitely a little easier than trying to spoon it in around that doughnut-hole-maker in the middle (that’s a technical term). Plus piping something from a Ziploc baggie makes you feel like a professional pastry chef (my fantasy occupation). 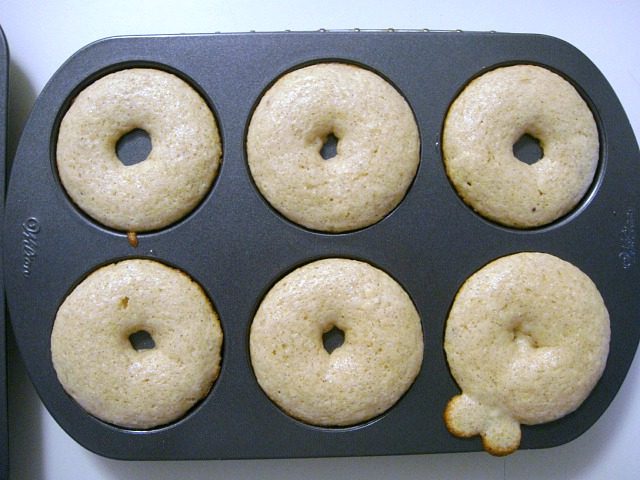 Here they are, all cooked up and ready for icing. I wanted to make a white icing that would hold the sprinkles, so I looked to Cupcakes and Cashmere’s recipe for royal icing. Unfortunately I didn’t have meringue powder on hand, so I went for a mix of confectioners sugar and milk. It worked as a sort of “sprinkle glue”, but it wasn’t white like I had hoped for-kinda just soaked into the doughnuts. I’d still like to try my hand at that royal icing another time. I also used a combo of regular sprinkles and tiny sprinkles because they both looked cute and I couldn’t choose! 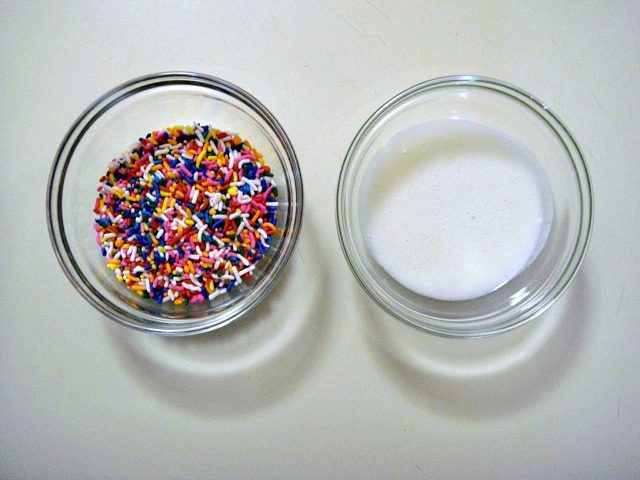 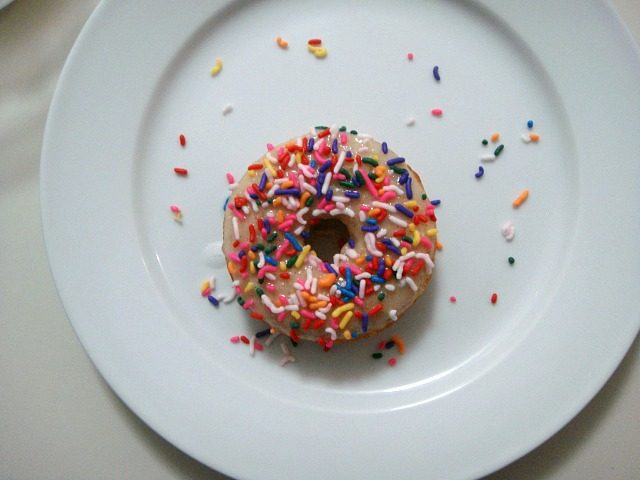 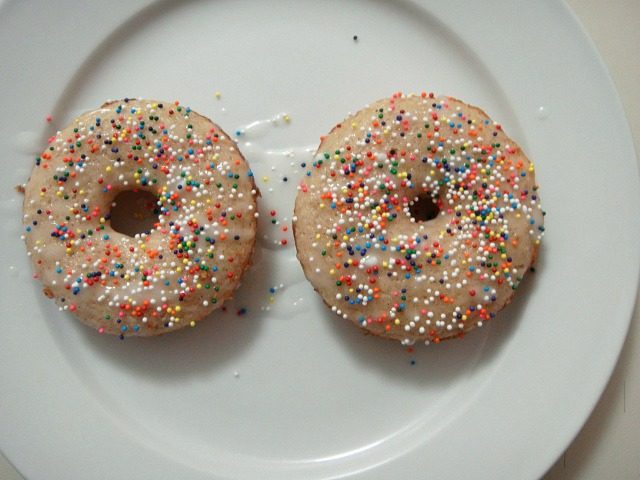