Skip to content
Apple crisp is a favorite recipe of mine. It’s delicious, simple, and so easy to throw together. I found a great recipe for it here and just tweaked it a little to reduce the sugar. You might be able to reduce the flour as well, but I haven’t tried that yet-next time! Here’s my take on it (instructions at bottom):
Filling:
Apples, peeled and sliced (enough to fill your pie dish-I used four)
1/4 cup sugar
1 tbsp. flour
1 tsp. cinnamon
Topping:
1/2 cup oatmeal
1/4 cup brown sugar
1/2 cup flour
1/4 tsp baking soda
1/4 tsp baking powder
1/4 cup (1/2 stick) unsalted butter, a little cooler than room temp.
Optional: 1/4-1/2 cup chopped almonds or walnuts 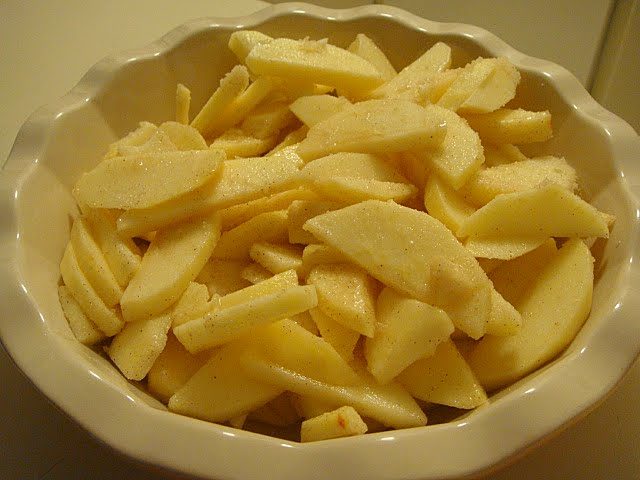 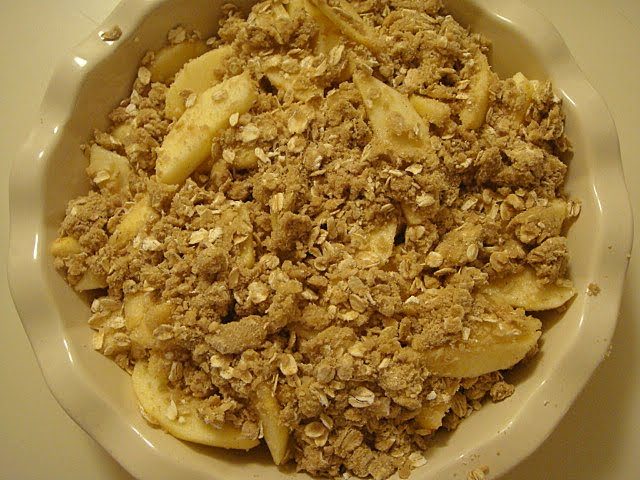 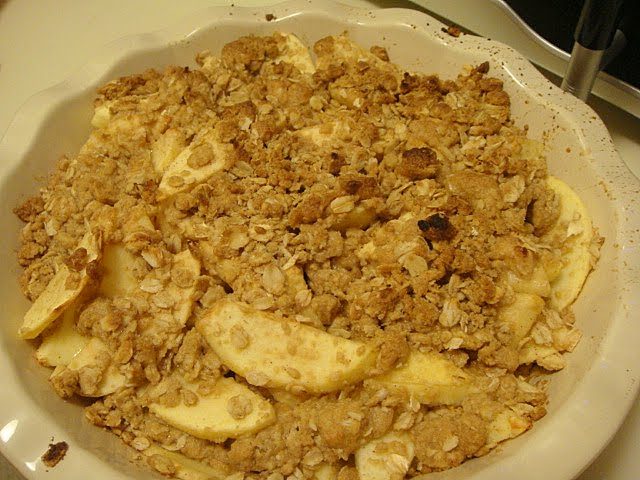 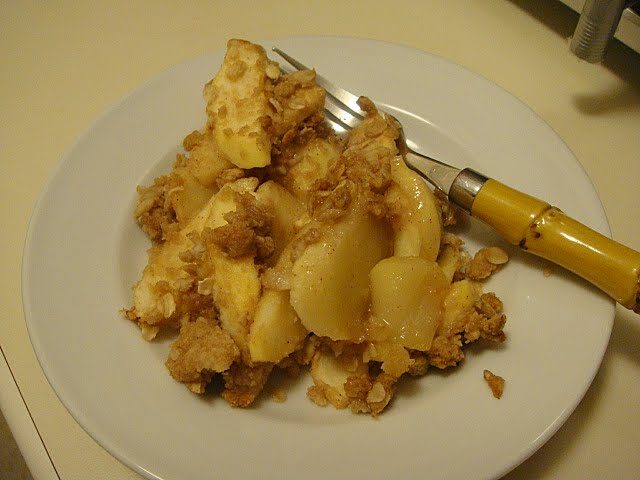 Peel and slice enough apples to fill a pie dish (I used four). You can use a mix of apples-I think mine were Honeycrisps.
In a bowl, mix together 1/4 cup sugar, 1 tbsp flour, and a tsp. of cinnamon. Throw the apple slices in there and toss around until they’re coated in the mixture. Then put them into the pie dish (which you can butter if you like, to prevent any stickage).
Prepare the topping: Mix together 1/2 cup oatmeal, 1/4 cup brown sugar, 1/2 cup flour, 1/4 tsp. baking soda, and 1/4 tsp. baking powder. Take a half a stick of butter (1/4 cup). It doesn’t need to be room temp, but it shouldn’t be frozen either. Cut it into cubes. With clean hands, crumble the diced butter up into the topping until the butter is all mixed in and the topping has a crumbly consistency. This is why cool butter is fine and it doesn’t need to be softened-the heat from your fingers will basically soften it into the mixture.
Bake at 375 degrees for about 40 minutes, until the topping is golden brown and you can see some bubbly juices (plus you’ll smell deliciousness). Serve warm with vanilla ice cream or whipped cream. Voila! Perfection.
And you know what I’m looking forward to as summer approaches? Peach-blackberry crisp. Mmm!