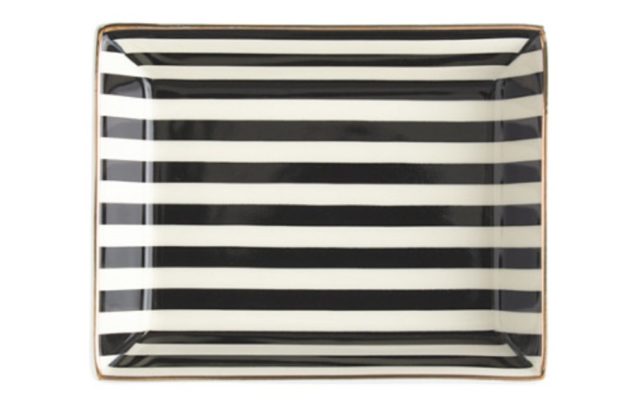 I don’t usually do posts about sales, but I just have to give everyone a heads up about this black and white striped J. Crew tray that I’m in love with, which is on insane sale right now. I remember seeing it on the site back in May and thinking it was pretty cute, kinda wanting it, then promptly forgetting about it. Flash forward to Sunday, when I spot a little black and white tray sitting on the table at Courtney’s party. When I commented on how cute it was, Daisy told me it was from J. Crew…at which point I realized it was the one I had liked. I cursed myself for not having gotten it, as it was even cuter in person than online, and since it was months later, I was sure it would now be unavailable…and yet, lo and behold, they still have it…AT 30% OFF! That NEVER happens to me. Just use the current J. Crew discount code HISUMMER, and the thing costs NINE DOLLARS. I seriously can’t get over it, because nothing I like is ever on sale. I’m sure it will not be around for very long (seriously can’t believe it still is), so I thought I had to share this news. Get it before it sells out! Black and white stripes are a total classic, so I know I will never get sick of this adorable accessory…and trays always come in handy (okay, fine, I’m trying to justify the fact that I’m buying another home accessory and have no idea where I’m going to put it.) I just ordered it last night and I’ll be sure to show you guys how I style it up once it arrives! 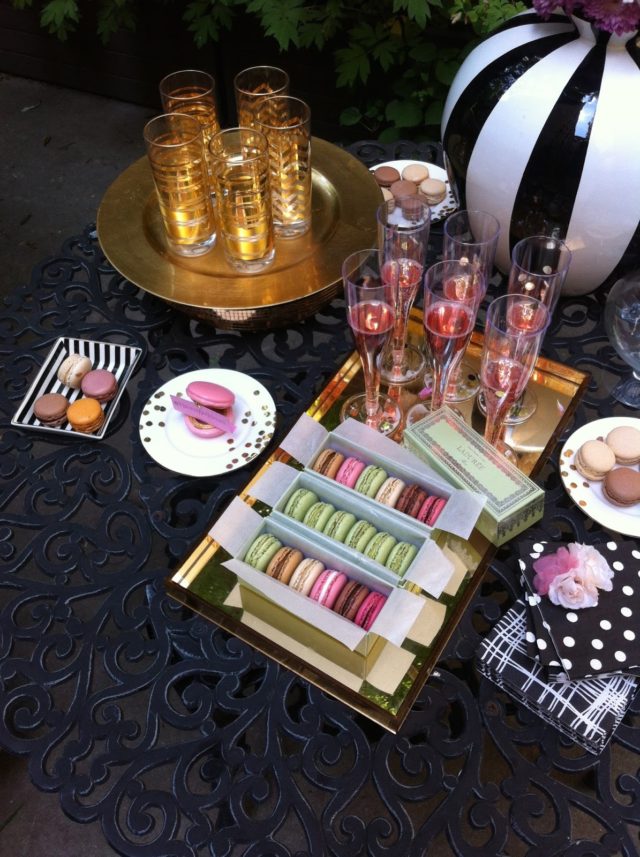 Here it is on Courtney’s table. It is, in fact, a jewelry tray, but as you can see it acts as a perfect macaron holder as well…so versatile. Confession: I totally want those Kate Spade gold confetti plates too.