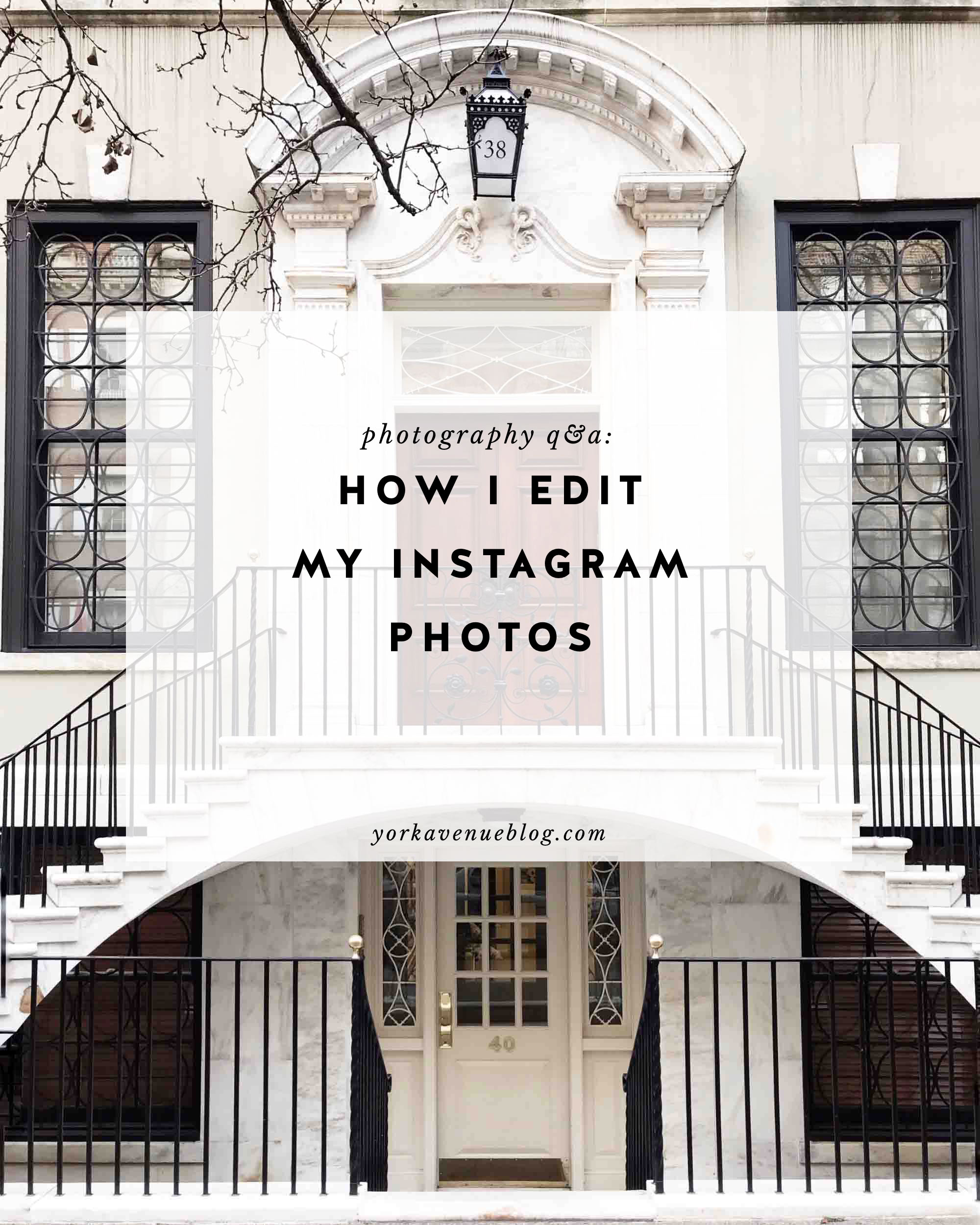 The other day on Instagram I did a little poll to see if you guys wanted more blog posts with photography tips, and the answer was a resounding yes…which made me very happy, as it’s something I really enjoy writing about! One of the most frequently asked questions I get is about how I edit my photos for Instagram, so today I’m sharing my whole process.

I actually have a really easy editing flow and only use two apps to edit (aside from Instagram’s native editing tools) – Snapseed and VSCO. I’d say the two most important elements (aside from taking a decent picture to start with!), are straightening the photo out and adding a VSCO filter. I think those two things make the biggest difference. The VSCO preset especially gives the overall feed a consistent look, which people who know more than me say is important for growth and brand recognition.

I’ll take you through the process from start to finish on one of my recent posts. Here’s the original photo: 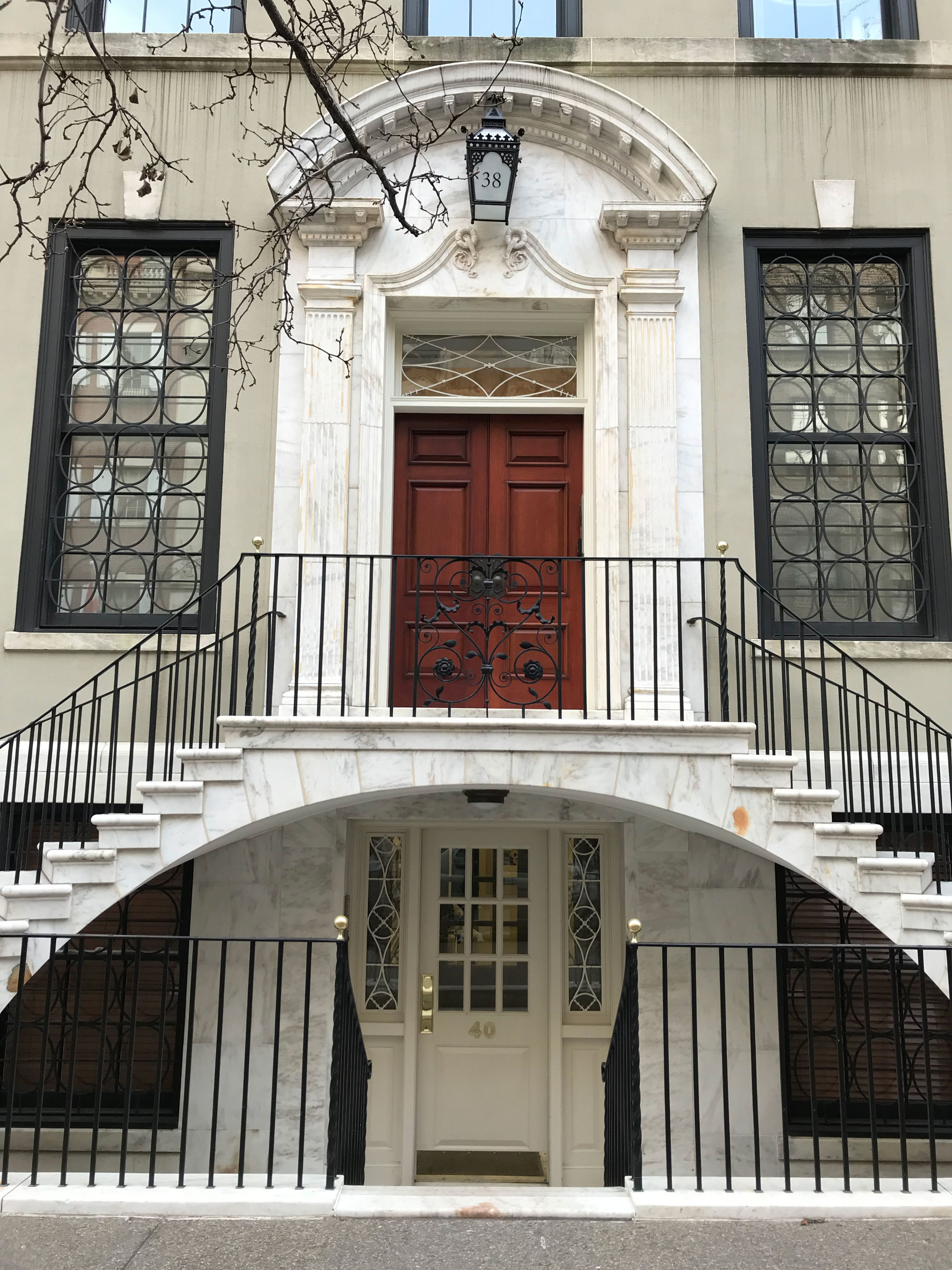 The Basics: Taking the Photo

The photo above is straight out of my iPhone and as you can see, it’s nothing to write home about! Definitely needs some work. I’d say I take about 95% of my Instagram photos with my iPhone – only once in a blue moon will I post a DSLR photo on there.

So, my basics for taking a facade shot like this are to stand as far back as humanly possible, which can be difficult as more often than not there are cars parked in front of the house…so I usually just back up right to the edge of the car (usually I’ll lean back on the door), and take the photo as straight on as I can. I usually take a handful to make sure I have options, paying attention to the amount of space on the top and bottom and trying to center it as best I can.

Of course, you always want to take photos in daylight. This was an overcast day which makes it easier as the light is soft and devoid of any harsh sunlight or shadows. Try to find even lighting like that, even on sunny days.

The next thing I do is choose my photo by scrolling through my camera roll and “favoriting” the ones I like (this is useful if you took a lot of photos that day). Then I go back into my Favorites folder and import the one I want to use into Snapseed. I basically only use Snapseed for the Perspective tool. On the left is the photo after I initially leveled it out in Snapseed, and on the right after I played with it a little more:

The first thing I do with the Perspective tool is fix the vertical (up and down) perspective. It drives me NUTS when people don’t fix the vertical perspective on their photos! It’s SO easy to do and it makes the biggest difference – I don’t get why anyone wouldn’t do it unless they didn’t know how. You can do all of this in Instagram too but I really prefer the way Snapseed does it.

Next thing I do is import the photo into VSCO and add a preset – I always use either A6 or S2. If you’re trying to grow, it’s important to choose a look for your Insta and commit to it, so experiment, play around with different looks, pick a look, and stick with it. I usually cut the filter down to a strength of around 10 or 11. I know some people cut it down to 50%…it’s just a matter of preference. Here’s a comparison from before the S2 preset and after:

Next I bring my photo into Instagram and do final edits. This is where I increase the brightness and sharpen it up (no more than 12%). I usually don’t touch highlights, shadows, or contrast. I’ll adjust the temperature depending on the situation – I used to cool photos down a lot but lately I’ve been warming them up to add a little more character and atmosphere. I always try out the Lux tool (that little sun above the photo) and see how it looks, then I’ll generally turn that down to about 12% as well, if I use it. Sometimes it helps with brightening up dark spots and adjusting contrast, highlights and shadows. I might also do a final adjustment to the perspective if I feel it needs it. 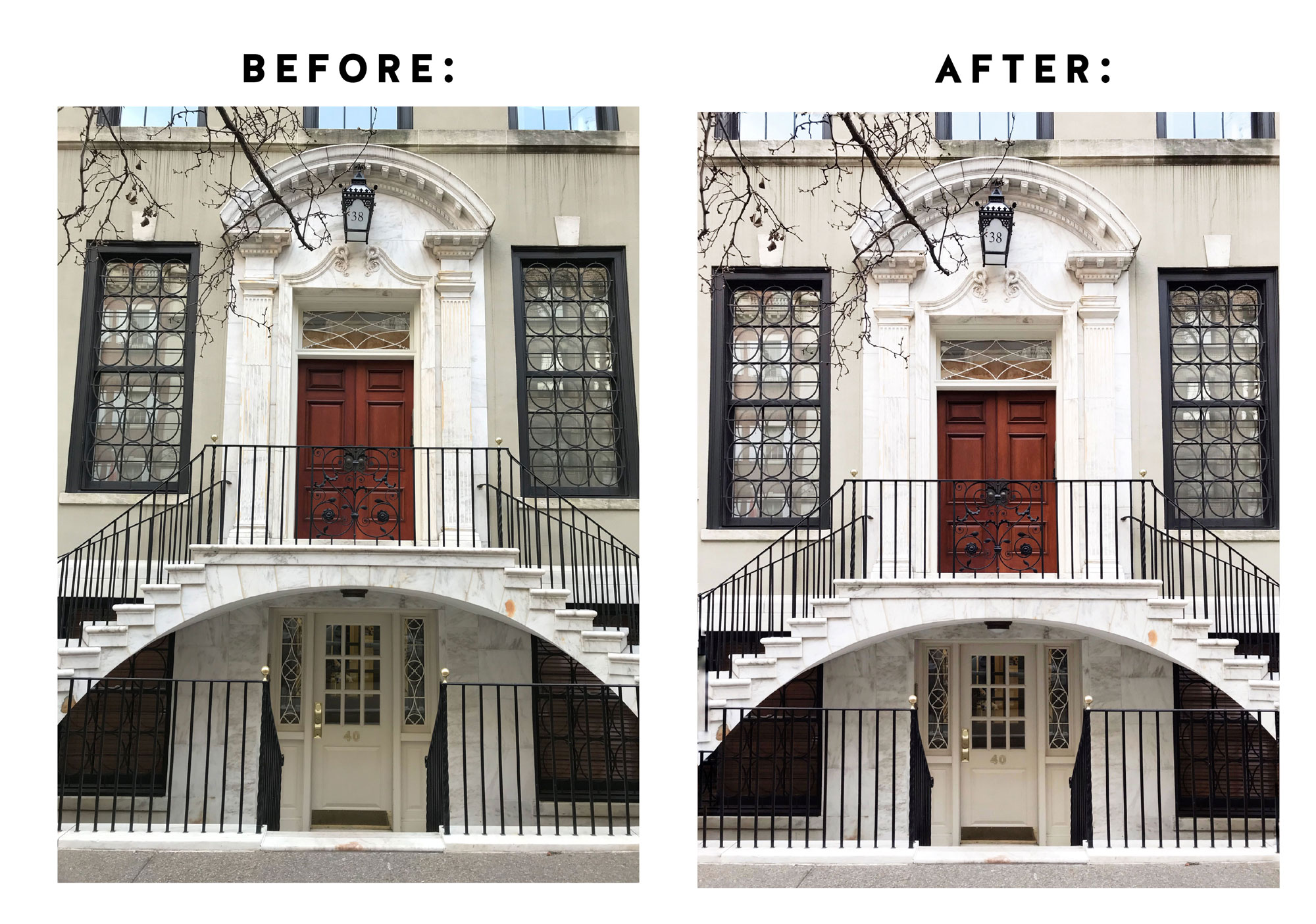 If you have any questions on the topic of Instagram editing or photography in general, feel free to leave ’em in the comments!