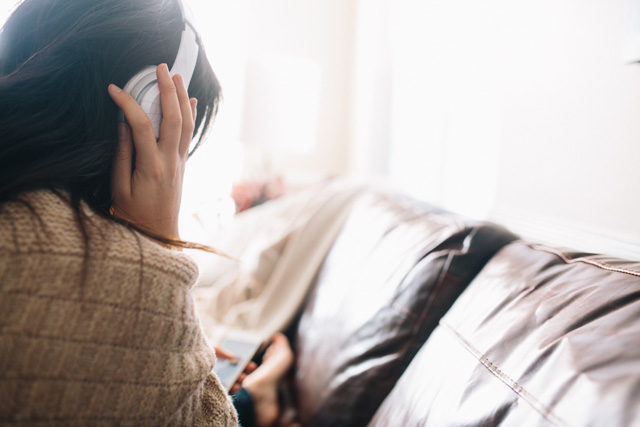 As much as I love reading and collecting actual books (as evidenced by my full-to-bursting bookshelves), audiobooks have recently become my go-to for consuming new reads. My first introduction to them was through my Mom, who has listened to audiobooks (or “book tapes,” as she charmingly calls them) and sung their praises for as long as I can remember. When I was living at home during college and commuting to school, I would pick up audiobooks from the local library and listen on the 40 minute drive to and from my university. I enjoyed them so much that occasionally when I had breaks between classes I would just sit in my car and listen (probably looked like a bit of a weirdo). Then when I stopped driving because I moved to the city, I kind of forgot about audiobooks.

Flash forward to a few months ago, when I discovered Jess Lively’s podcasts, which I voraciously consumed while doing mindless activities like folding laundry, ironing, or cleaning. When those ran out, I turned to Serial (for obvious reasons). Then Serial ended (sad face) and, at a loss for listening material, I found myself recalling my former audiobook habit. After Googling around on the best ways to actually go about acquiring them, I settled on Audible.com (more on that below).

Now let me tell you why I am obsessed with audiobooks. First of all, listening to an audiobook means that any dreary chore I used to dread is now something that I look forward to (seriously). I’ve been listening to books while doing laundry, cooking, walking to the grocery store or to a similarly boring errand, cleaning, getting ready in the AM, and more. Now it feels like I’m multi-tasking – instead of that being dead time where I’m rushing to finish because it’s not fun, it’s like I’m accomplishing a boring task but enjoying a pleasurable leisure activity at the same time! Pretty awesome.

Then there’s the audiobook in itself. Listening to a book is basically like being treated to a performance, and many of the readers are insanely talented. They’re able to create distinct voices for each character (even characters of the opposite sex, which I find so impressive), and craft personalities through these voices. They put so much emotion into the story – it’s basically like acting. For example, Jim Dale won two Grammys and did over 100 distinct voices for his narration of the US version of the Harry Potter audiobooks. Can you even imagine making up a voice for every character in the Harry Potter books, but even more so, being able to keep track of all of them? And FYI, for anyone who’s interested, a different reader named Stephen Fry did the UK version of the audiobooks – you can read a comparison of the two here. I remember listening to I Am Charlotte Simmons, and the way the narrator used his voice and inflections on various parts made me laugh out loud on several occasions. Some people discover a reader that they love so much that they go ahead and listen to all of the books that the person has voiced – an interesting way of discovering books that you might not have given a chance to otherwise.

Then there are other readers where it’s just a pleasure to listen to them because they have such a lovely voice. For example, did you know that Dan Stevens (aka, Matthew Crawley from Downton Abbey) has narrated 24 audiobooks? I listened to Helen of Troy back in college and I still remember how beautiful Justine Eyre’s voice was – a perfect vocal embodiment of Helen of Troy! Which reminds me of another way that I used to use audiobooks – to get through a really long book in a shorter time. If you’re tackling a book that’s 500 or 800 pages, and you don’t want to be reading it for the next half-century – listen to it, and read it. You’ll be done in half the time!

Another cool aspect: when a celeb or writer pens a memoir, often they will narrate their own audiobook, like Lena Dunham, Tina Fey, and Andy Cohen did. I haven’t listened to Andy’s audiobook yet, but knowing how funny and genuine and just goofy and awesome he is on his TV show, I can only imagine how much the experience of reading his book would be enhanced by listening to him “perform” it. 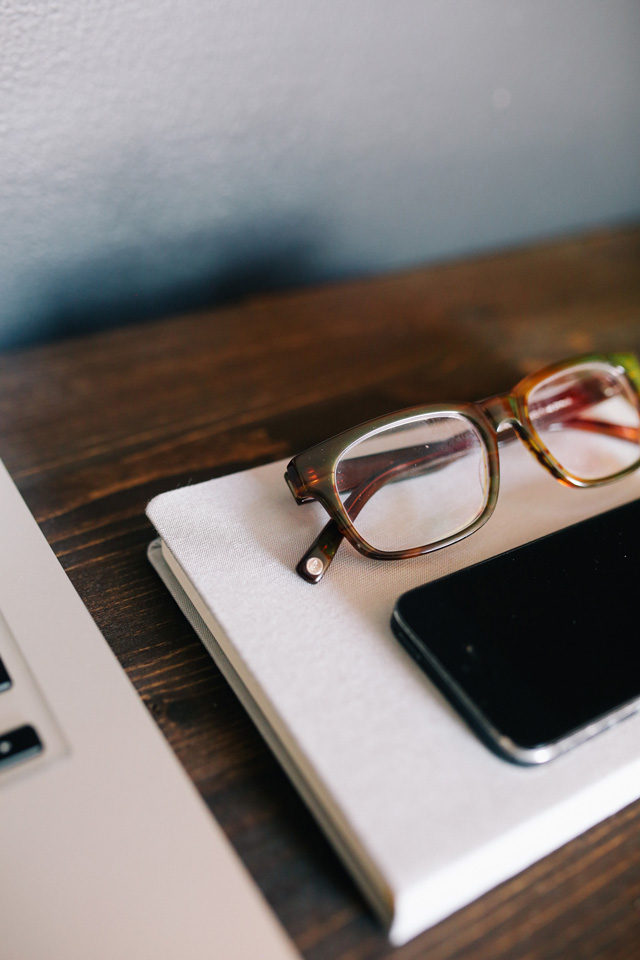 So. All of that being said, the question is, how do you go about getting audiobooks? When I was commuting I had a CD player in my car, which made it easy to get audiobooks on CD from the library – but nowadays, my lifestyle is completely different and I need to listen to them on my iPhone. After doing some research, I wound up choosing Audible.com as the best option. I’ll explain to you how it works because I was actually pretty confused by it at first, but as it turns out it’s very simple. You sign up with Audible (they’re an Amazon company, which is always reassuring), and depending on what plan you choose, you get a certain number of credits per month (basically one credit, or two). Each credit = one audiobook. You download the Audible app to your phone, you use your credit on Amazon (on your computer), to buy the audiobook, and then when you sync the audiobook shows up on your app, ready to listen to! So easy. Now what happens if you listen to your audiobook in a week and you want another? You have to wait for next month when you have another credit, OR, you can buy one through Audible at a discounted price. Let me tell you – audiobooks are PRICY! So the discount helps. The one-credit/month Audible plan is about 15 dollars per month, and a 2 credit/month plan is around 25 dollars per month. The last audiobook I looked into purchasing on it’s own, with no discount, cost around 40 dollars. So you can see how Audible is a good deal, I think. Also: once you buy the audiobooks with your credits, you own them forever, even if you get rid of Audible, delete the app, etc. And, a certain number of credits roll over if you don’t get to them.

Have I convinced you yet? I don’t know anyone aside from myself and my mom who listens to audiobooks, so I’d be curious to hear if anyone is a fan or plans to give them a try!

images via Death to Stock