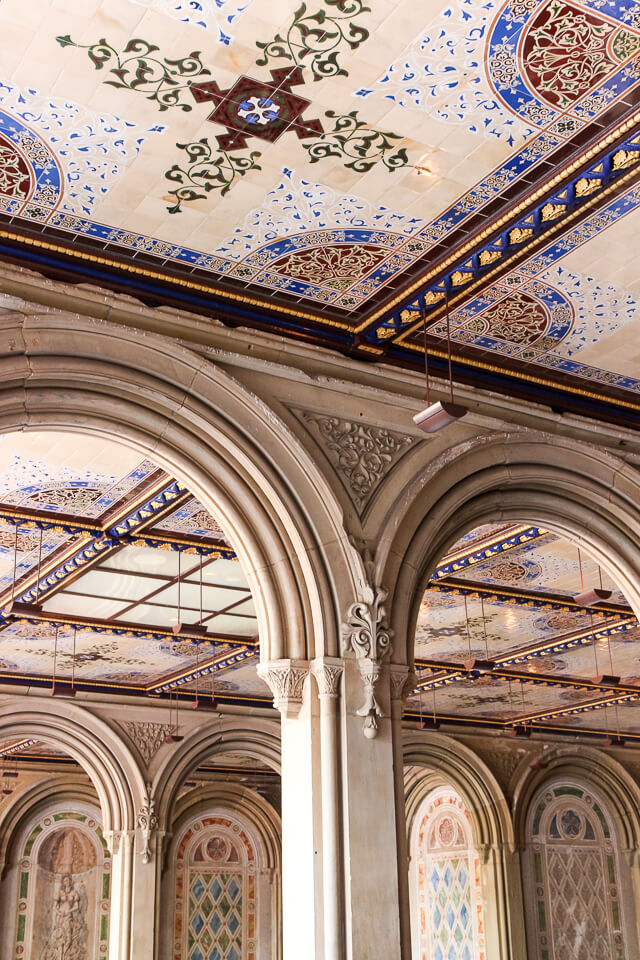 Bethesda Terrace is one of my favorite parts of Central Park. I find the history and design of the Park to be fascinating, so for anyone who shares my fascination: Bethesda Terrace is the Park’s only formal architectural feature. Frederick Law Olmsted and Calvert Vaux, the Park’s designers, envisioned “a sweeping Promenade (The Mall), that led to a grand terrace overlooking the Lake.” This part underneath the terrace is called an “arcade,” and the amazing tiles that line the ceiling were made by England’s famed Minton Tile Company. Installed in 1869, the tiles lining this ceiling number over 15,000 – and this is the only place in the world where these Milton tiles are used as a ceiling (rather than for a floor). They deteriorated over time since the ceiling weighs over 50 tons (!), and were placed in storage in the 1980’s – luckily through charitable donation they were able to be re-installed. 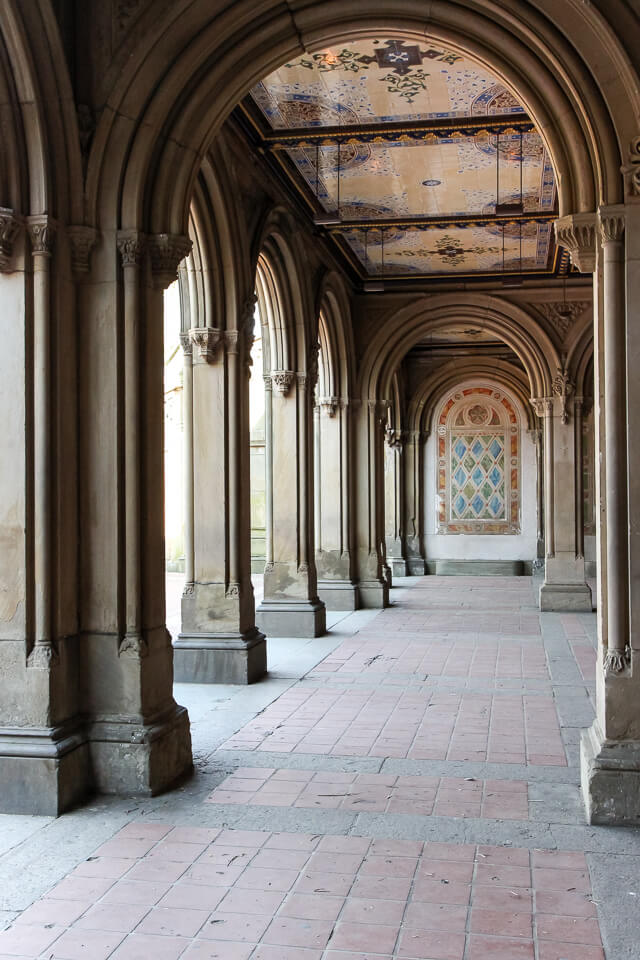 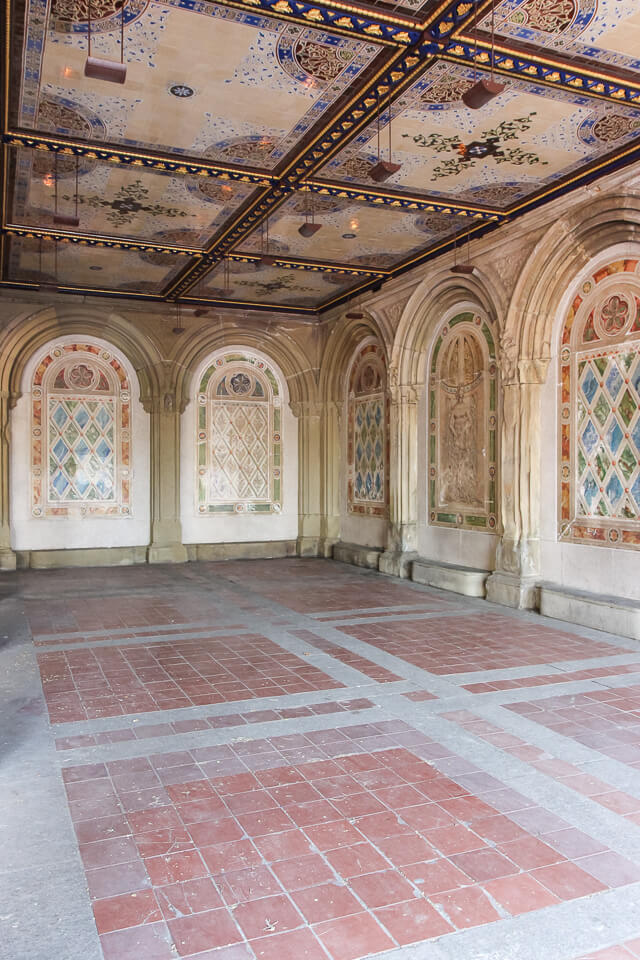 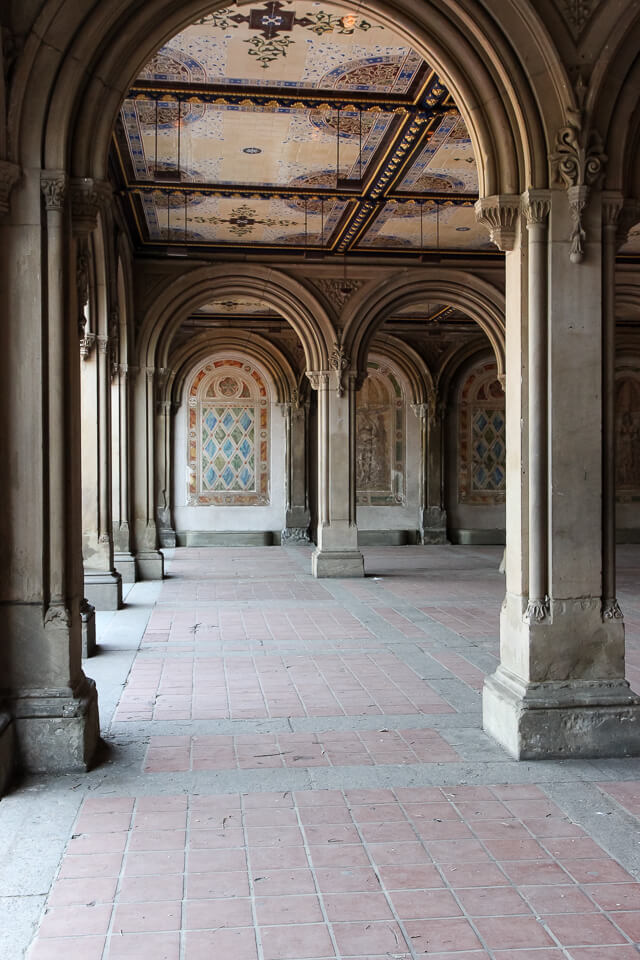 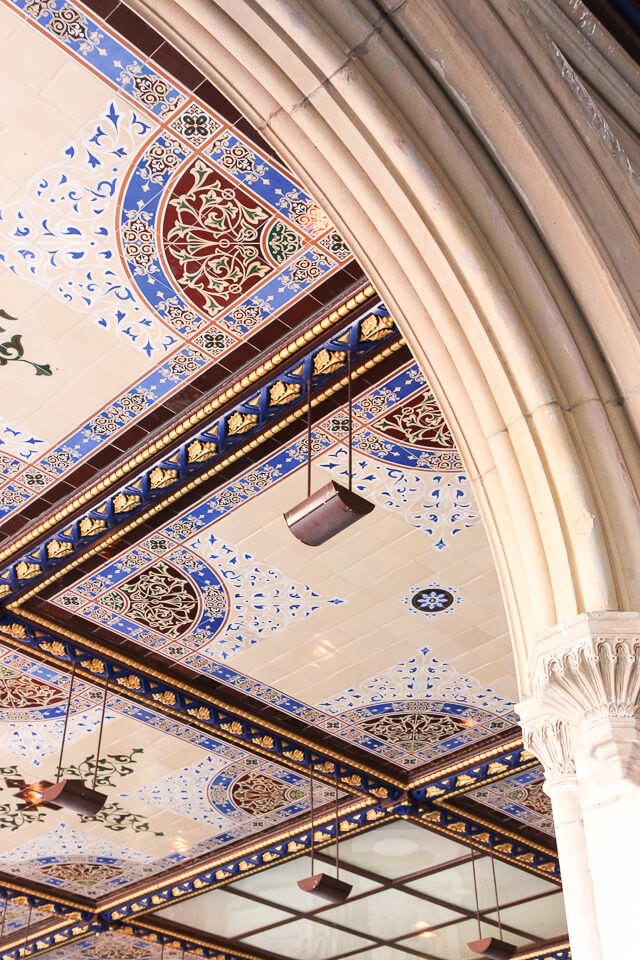 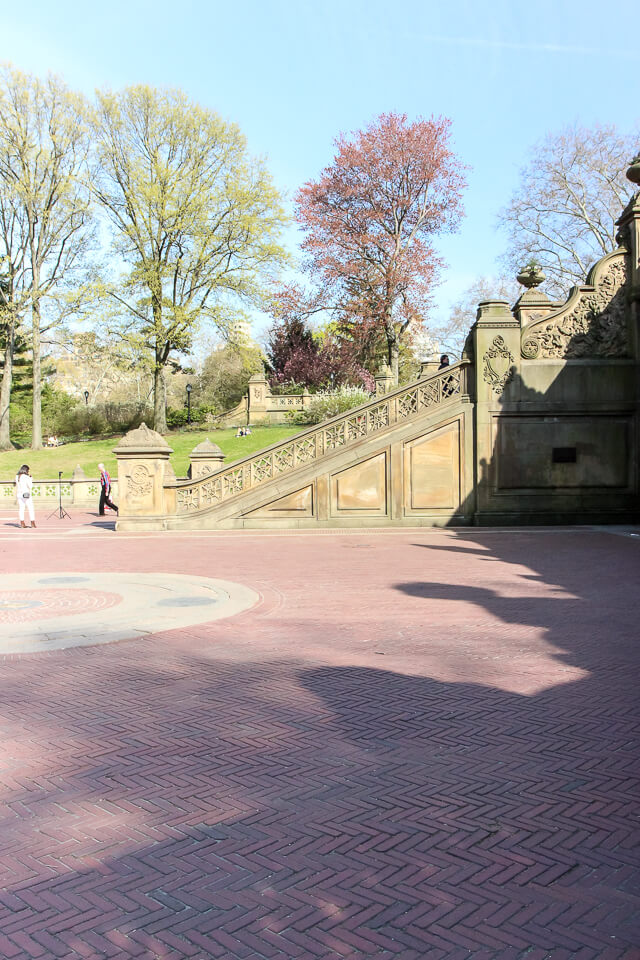 photos by me, quote via centralparknyc.org