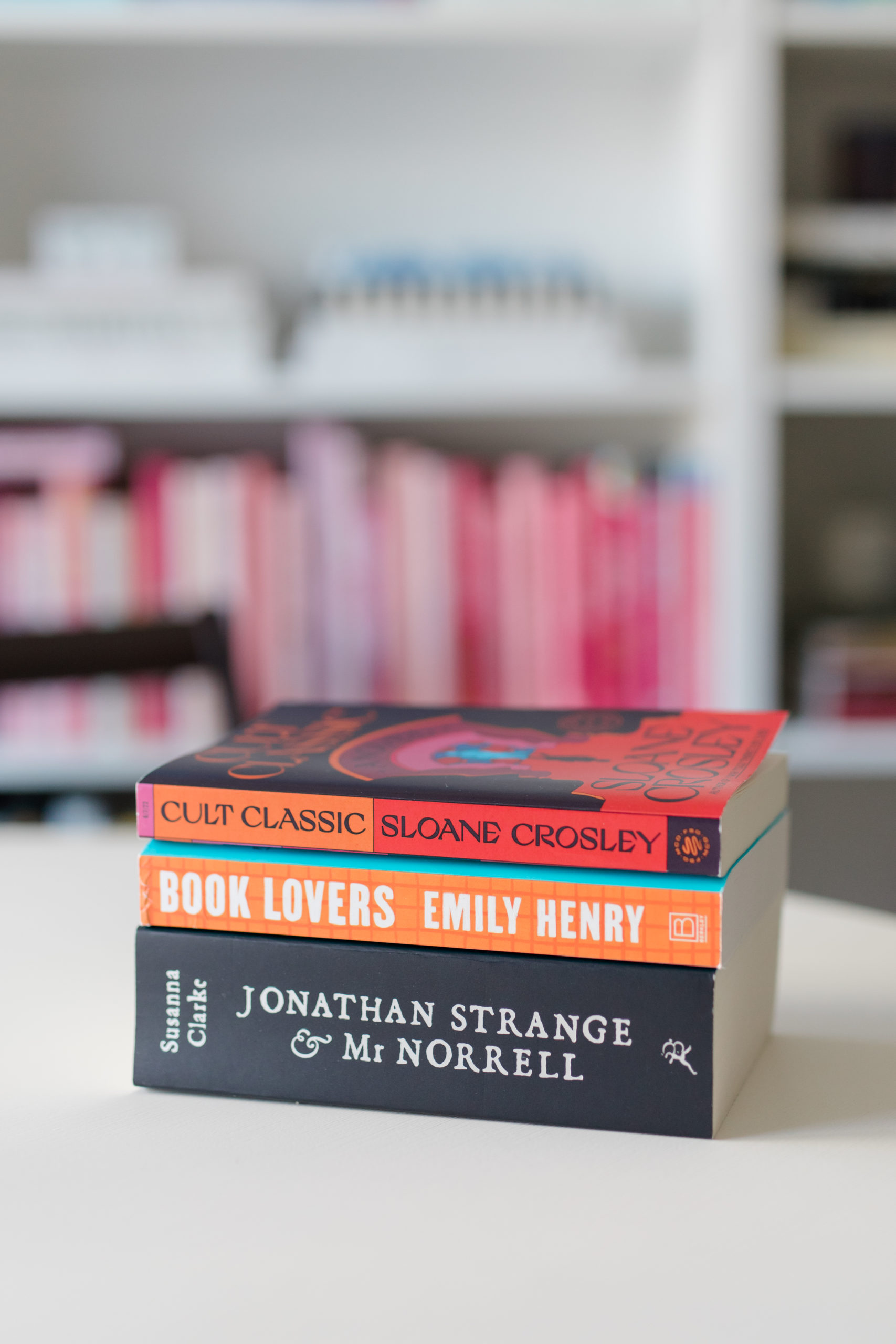 I Kissed Shara Wheeler, by Casey McQuiston (audio on Libro.fm)

This was a cute, fun, queer, YA rom-com that revolved around the idea of discovering who you are and learning to be true to that, even when everything and everyone seems determined to stop you. The book follows Chloe Green, an ambitious teenager on the cusp of graduating high school as valedictorian, who out of nowhere receives a kiss from prom queen Shara Wheeler. Shara is the most popular, beautiful girl in school…and she promptly disappears after this surprising kiss. Chloe teams up with two other recipients of Shara’s kisses and affections (Shara’s neighbor, Rory, and her football player boyfriend, Smith), as they embark on a game of hide-and-seek/scavenger hunt to find Shara. The kids live in a very religious, buttoned-up Southern community, and their school is the opposite of tolerant and open-minded….so the themes play out against that. I liked it but did find it to feel very YA….not a bad thing, but not my favorite of hers (that would be Red, White, and Royal Blue!).

Lease on Love, by Falon Ballard (audio on Libro.fm)

Sorry to say but I thought this was pretty terrible…and a few bookish people I follow on IG had truly SUNG its praises so I was like..what am I missing. It follows a 20-something woman in NYC who loses her corporate job and follows her dream of becoming a floral designer, then accidentally moves in with a male roommate, whereupon romance ensues. The setup was fun and there were some cute parts. I get why people liked it – the NYC setting was prominent, the girl has a cool job, it’s a rom-com. But the writing grated on me and I didn’t really like the main character (or any of the characters). This might just be a me thing also but there was so much slang used throughout that was so zeitgeist-y and I think I just hate that. It’s bound to feel dated almost immediately and it’s just off-putting and somewhat obnoxious (if she used the phrase “low-key” one more time…like “I was low-key obsessed…” I was going to LOW-KEY scream). I thought the banter was just so-so. The thing that really killed me though, was the end. There was this part that needed to be there for the plot stakes and it was SO tacked on and such an afterthought I just couldn’t deal with it. Just not my favorite but I did finish it.

I absolutely, utterly loved this book. Susanna Clarke is an amazing writer and the world-building here was superb. Picture a novel from the 18th or 19th century – a Jane Austen or Dickens novel – but with magic. This is set in a 19th century England where such magic exists and is practiced mainly by the most crotchety magician you could imagine, Mr. Norrell. The young and talented Jonathan Strange becomes his pupil, and begins to takes his magic in wildly different directions – directions of which Mr. Norrell sternly disapproves. Anyway, just don’t even worry about the description. Or the massive length. Just try it. There’s magic, there’s adventure, there’s war, love, betrayal, lies…a group of treacherous magical creatures and two scheming human bad guys who you’re just dying to see get their just desserts…there’s a lot to keep you engaged. But it never felt overwhelming, like some epic fantasies. There aren’t too many characters to keep track of, and the world is very similar to the actual world – so it felt almost grounded in reality but with magic woven throughout. The writing is wonderful, truly masterful, and you just get so into the characters. It’s laugh out loud funny at parts, tense, exciting, and so engrossing. I got to a certain point where the pages were just turning themselves. I became seriously addicted and was dying to see where the story would go. I truly cannot recommend this one enough and it’s definitely become one of my favorite books of all time! I half listened and half read in print, and I highly recommend the audio – the reader is fantastic.

When it comes to Emily Henry rom-coms, I liked Beach Read a lot but did not like People We Meet on Vacation…so I was definitely excited for Book Lovers, but also wary and ready to hate it. As it turned out, I loved it! Such a fun, cute book that takes place against the backdrop of the publishing industry (love that). It follows Nora, a high-powered literary agent, who takes a month-long trip to a small town with her sister. There they run into her nemesis, book editor Charlie Lastra…and you can see where it goes. It was pretty much a “rivals-to-lovers” story (a new term I’ve heard as a kind of offshoot of enemies to lovers), because they’re professional rivals in a way. I liked that it didn’t veer into caricature or ridiculous hatred though, as some enemies to lovers books do. The characters were great, the banter was great, the whole story setup and the way she played with tropes was cute. Just a really good one!

I’ve become a major CRH stan (there I go myself, using slang lol) and she has quickly become an auto-read author for me. Distress Signals was her debut and it was good, but not my favorite of hers. It centers around Adam Dunne, a man searching for his girlfriend after she disappears on a trip to Barcelona. His search leads him to a cruise ship where she may have last been seen, and there a clever mystery unfolds. I love a good cruise ship mystery, I must say…random but true. It’s just a good setting for a disappearance! While I did enjoy this one a lot, there were also some things that didn’t come together in the end, which I found somewhat odd and random. But I still liked it! I listened to this one on audio, narrator was great.

Like I said, I enjoyed Distress Signals but liked this one much more. The Liar’s Girl is a campus mystery about a girl whose college boyfriend was convicted of being a serial killer back in their college days …but years later, questions come to light about whether or not he’s really the killer. The thing with CRH is that sometimes her stories sound pretty standard (like this one), but her plots are intricately woven, her characters are well-developed, and her writing is very solid. She’s a great storyteller and once I start reading a book of hers, I simply cannot put it away. I just race through them, and not just to find out “whodunit.” I wouldn’t put her on the level of a Tana French for me personally, but she’s up there! There’s just something about her writing that I find very compelling. I loved the campus aspect of this one, it kept me guessing, and it all came together well in the end. Definitely recommend this one on audio as well.

I thought I would LOVE this book based on the description, and the reviews I’ve seen have been very positive, but I’m sad to say that this one missed the mark for me personally. It follows Lola, a young woman who runs into her ex-boyfriend in Chinatown one night while at dinner. No big deal…until the next night when she runs into another ex. And another…and so on. There is a reason, but I won’t give it away here, despite the fact that everyone else I’ve seen talking about it is revealing it. Which is fine as it’s part of the plot, and maybe it’s better to know ahead of time so you can decide if you’re into it. Once that part hit (pretty early on), the book kind of deflated for me. But the main thing was that I just didn’t connect with Sloane Crosley’s writing. I could tell it was clever, but I didn’t get it. I think that’s the best way I can describe it. I just didn’t get the writing. And it’s a little weird to me because I remember loving her previous novel The Clasp. So I don’t know, maybe I’ve changed or her writing has shifted, but ultimately, I just couldn’t get on board with this one in any major way.