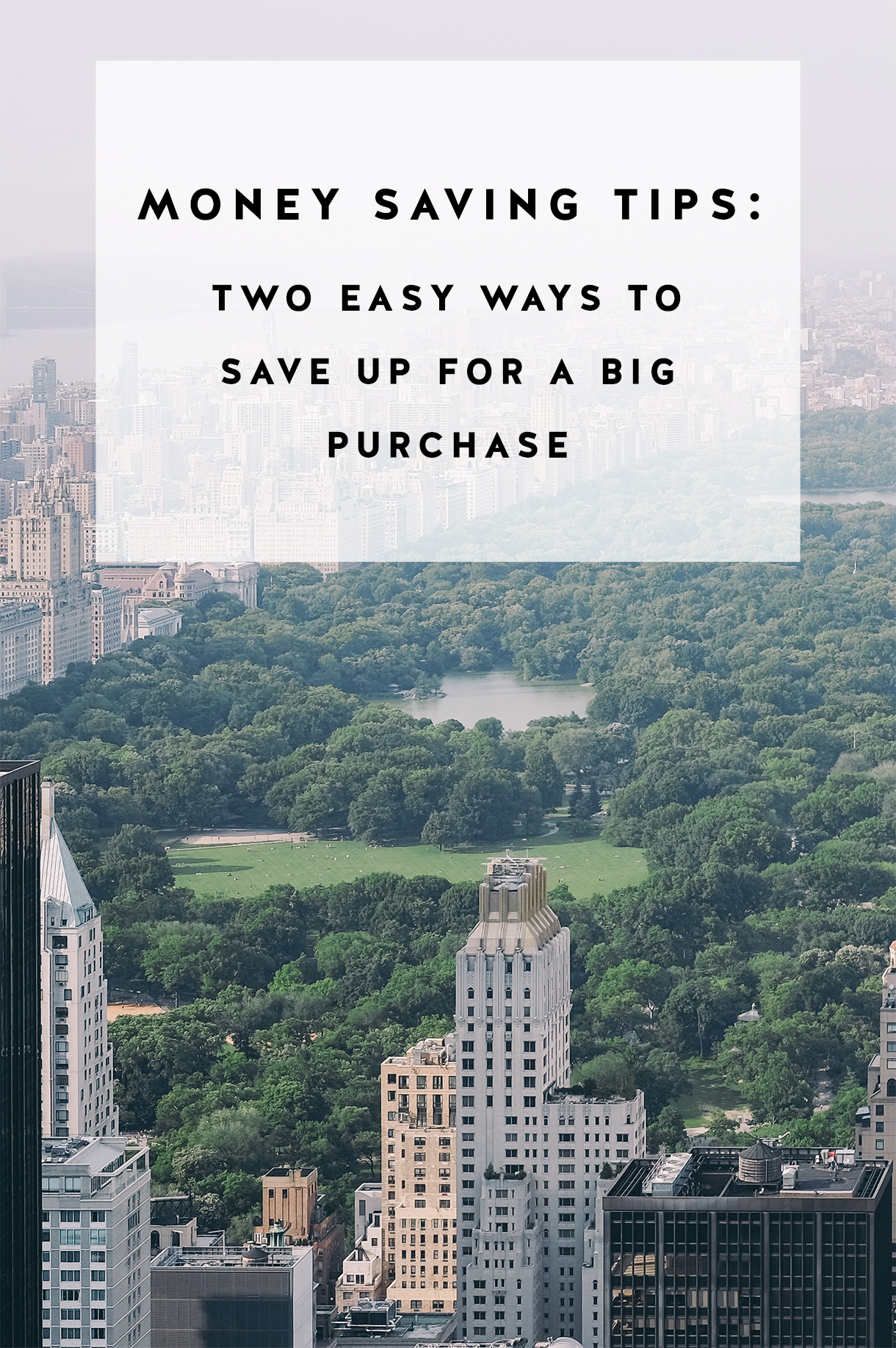 This is top of mind right now, for a sort of ironic reason – I just made a major purchase and as a result, I’ve never felt more motivated to save. I think it’s a combination of guilt over spending so much, and a feeling that I want to get my bank account back to where it was asap. That being said, this was a purchase that made sense for me, and an investment in my blog/business and something that I’m passionate about – not an impulse purchase or something that I actually should really feel guilty about (and I’ll share more about it later). Nonetheless though, it was very expensive and I immediately realized I couldn’t make that purchase and continue for the time being to spend money the way I typically do.

Now, I’m certainly no financial expert and I don’t actually recommend doing what I did – making your big purchase and then saving, but for me personally, that’s what made sense. So here are two easy tips (which I’m currently using) to help you start saving money right now (or in my case, recouping money):

Write down your reasons for saving.

A friend brought this up this past weekend while we were talking about saving and at first I was like, whatever, I’ve heard that before. I asked her what she had written down and she said the first idea was about values – and the first thing she wrote down was “guys find excessive spending to be unattractive.” Initially I balked at that and thought, I’m not going to use a phantom guy as my motivator! Who is this non-existent guy to judge me, anyway? But then I got that it’s not about impressing some guy, but more about being the type of person that you want to be. It got me thinking about this post – don’t date anyone you wouldn’t want to be. That’s the real point – being the person you want to be, being the type of person you yourself would respect. The idea being, I wouldn’t want to date a person who was irresponsible and impulsive with money, so I shouldn’t be that way either. I don’t want to possess qualities that I find unattractive…and that’s a pretty good motivator for being sensible with money right there.

Add up all the money you don’t spend.

This past weekend, after making my big purchase, I made a conscious effort to not spend money. This is what I would have spent:

That’s 250 dollars that I definitely would have spent, and didn’t, just by kind of being more aware and thinking about my actual, real priorities. And the bag is another $160…my, how quickly things add up, huh?

These ideas are really more about mental shifts than anything else. Money spending is very psychological, and I think a big thing that can help is really clarifying what your priorities are, and keeping them top of mind. Do you have any tips for saving money? I’m all ears!

PS – everything I know about saving.

image via Unsplash with graphics added by me