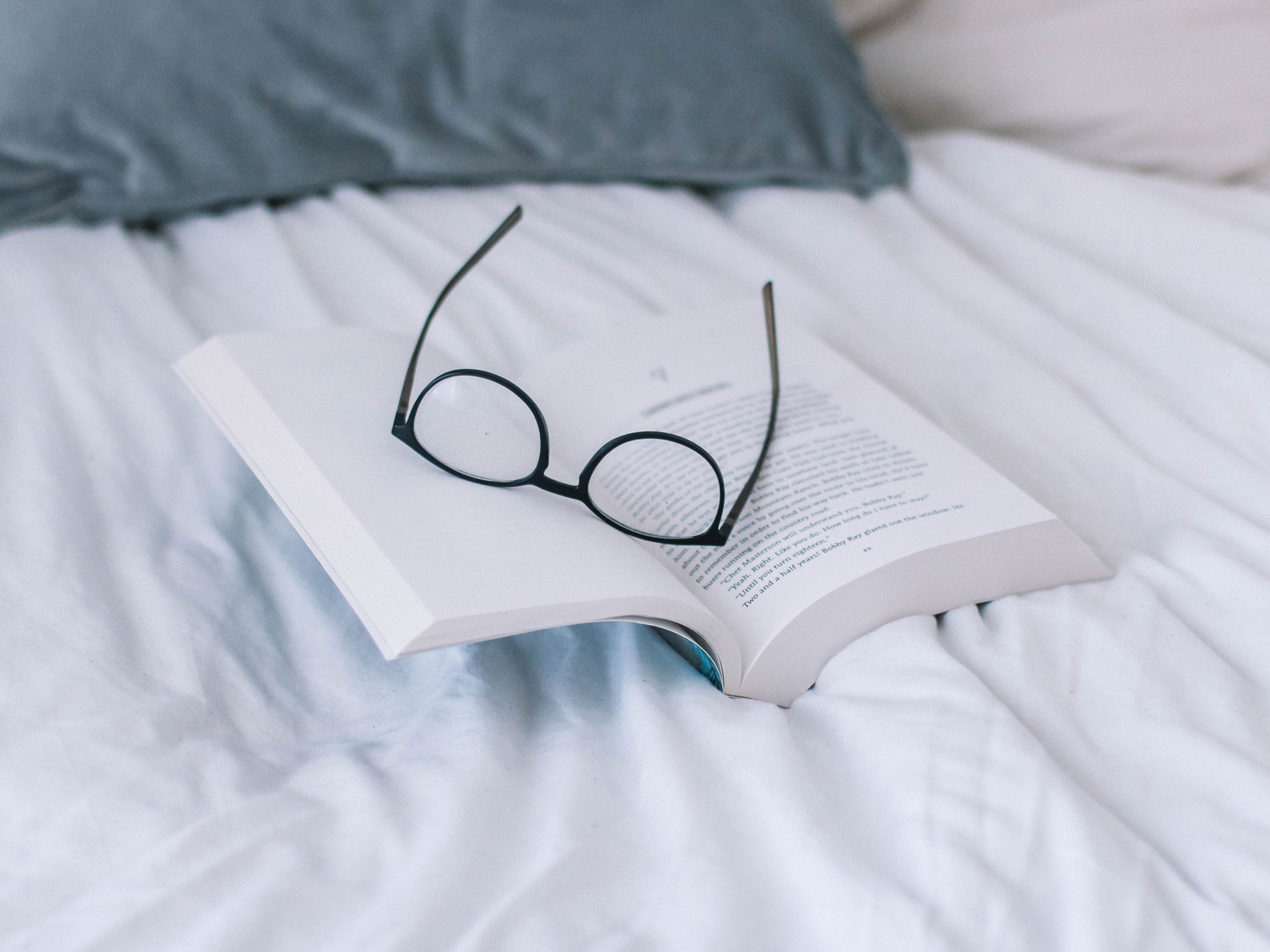 I never used to pay much attention to new book releases – I would just kind of go to the bookstore and see what was around, or check out whatever popped up on Amazon. But recently, as I’ve been listening to more book-centered podcasts, I’ve been hearing more and more about new and upcoming releases and it’s actually so much fun! All the Books is my favorite podcast for this – they come out with a new episode every Tuesday and talk about their favorite new releases for that day (Tuesday is the day of the week when new books come out, aka “pub day”). I also hear about new thrillers on Read or Dead, another favorite podcast, and a few others I’ve come across on Twitter. There are so many great-sounding new books to read coming out in 2019 so I’ve compiled a bunch here that I’m looking forward to reading, in the order in which they’re being released. Hopefully you’ll find a few to add to your TBR list! 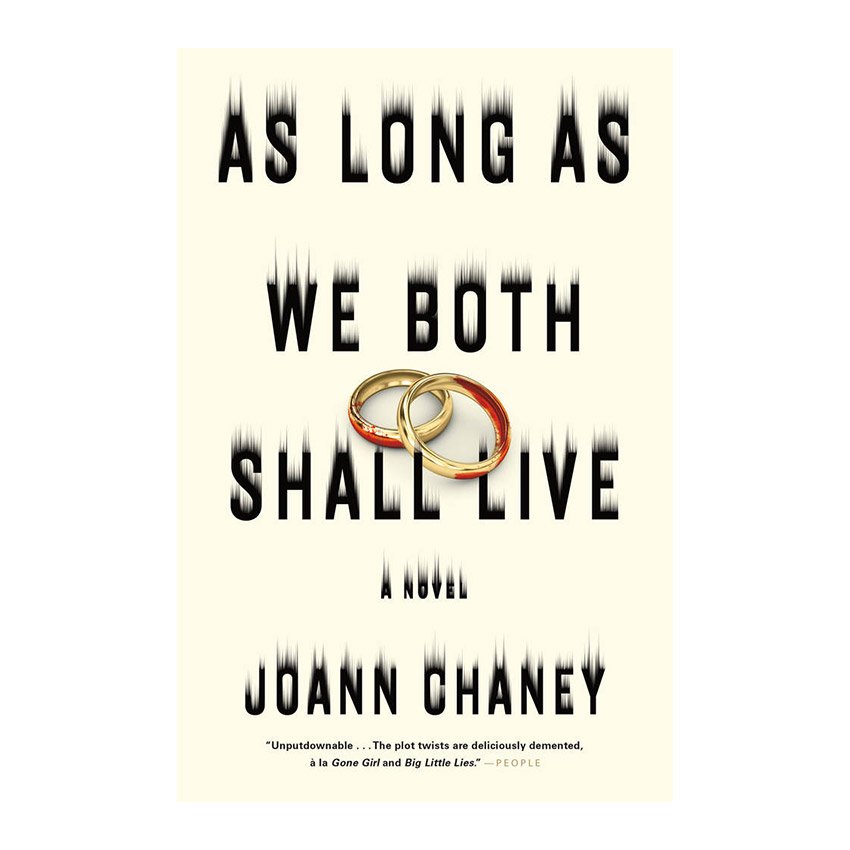 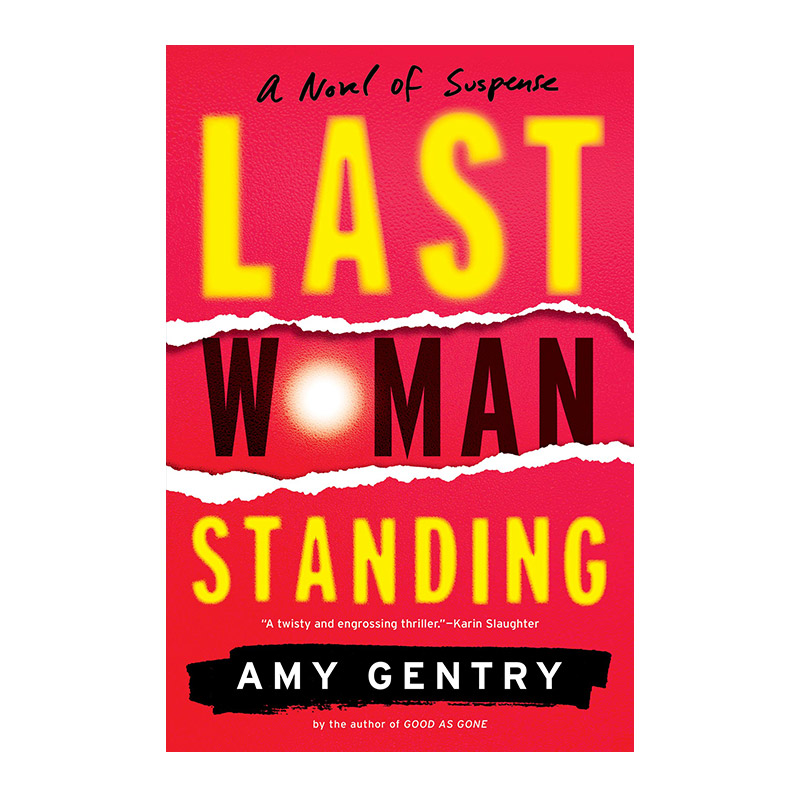 As Long As We Both Shall Live: I first heard about this book on my favorite book podcast, All the Books, and then they also mentioned it on Read or Dead, so apparently all of BookRiot is obsessed! It’s a domestic thriller that the hosts said is totally twisted and full of surprises, so I have high expectations. I’m currently reading it on my Kindle and will report back. Out now
Last Woman Standing: this sounds like a unique one, centering on two female comedians who get to chatting one night at a bar about their various “Me Too” moments in the male-dominated field of comedy. One says to the other, “let’s make a deal – I’ll go after your guy and you go after mine.” What could go wrong, right? This one has Stranger on a Train vibes and I’ve heard good things! Out now 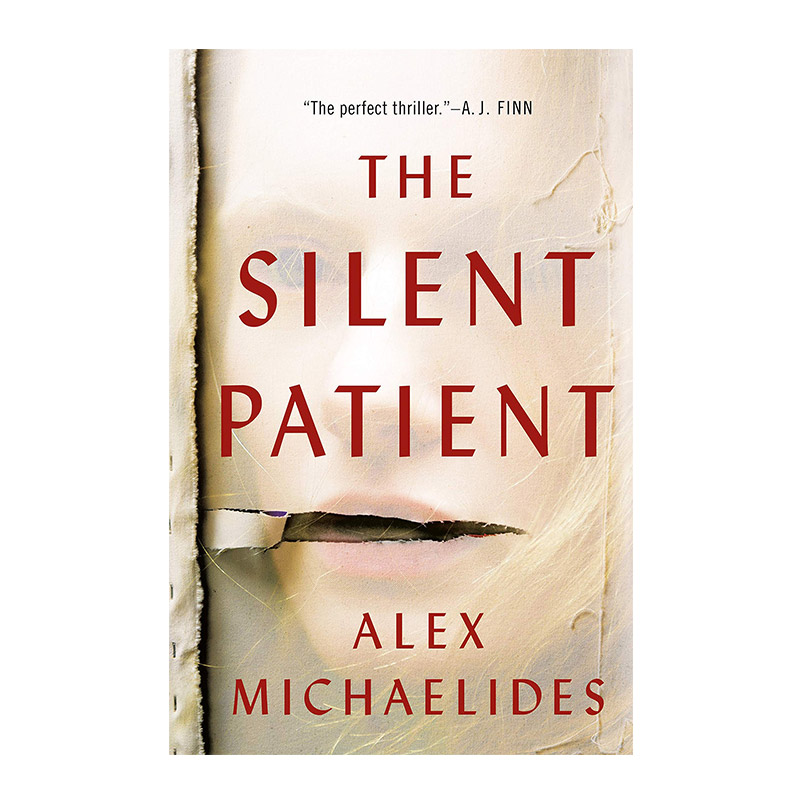 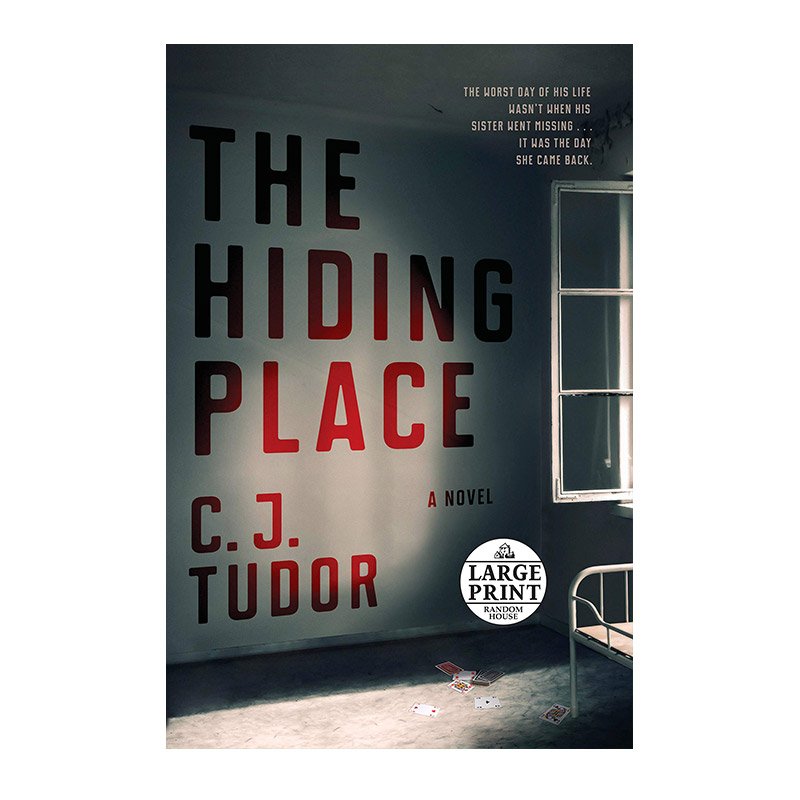 The Silent Patient: Ooh, I am so psyched for this one! Alicia and Gabriel have the perfect life – she’s a famous painter, he’s a famous fashion photographer – and a perfect marriage, until the day Alicia comes home, shoots Gabriel in the face, and never speaks another word. The story centers on a criminal psychotherapist named Theo as he tries to work out what happened. Out now
The Hiding Place: I read CJ Tudor’s first book, The Chalk Man, a while back, and while I wasn’t crazy about it (it wasn’t bad, I just didn’t find it memorable), I can’t help but be excited for this new one. With this description: “The worst day of his life wasn’t when his sister went missing…it was the day she came back” – how could you not be intrigued?! Out now 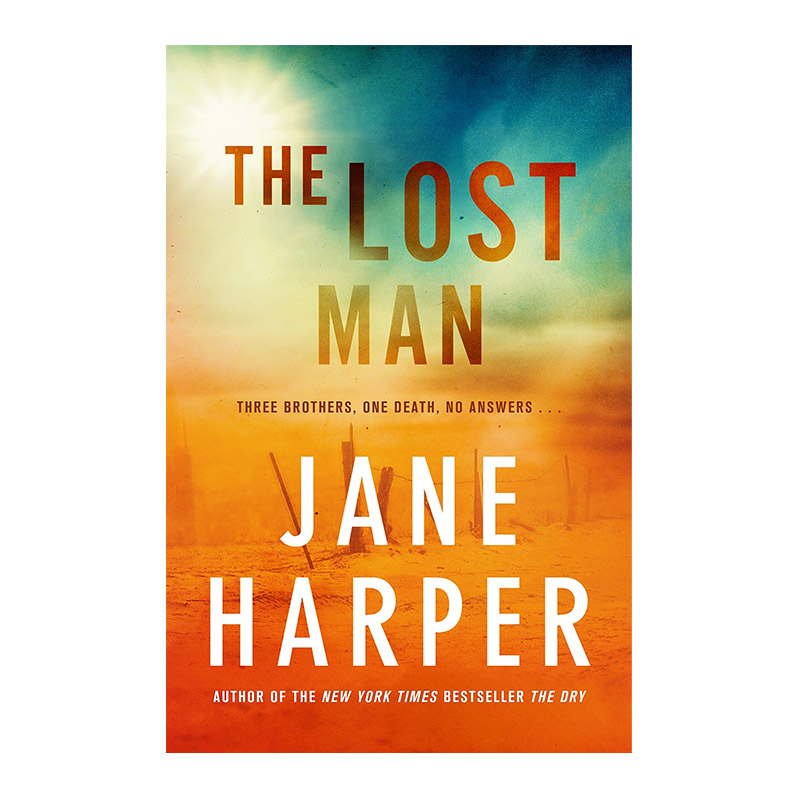 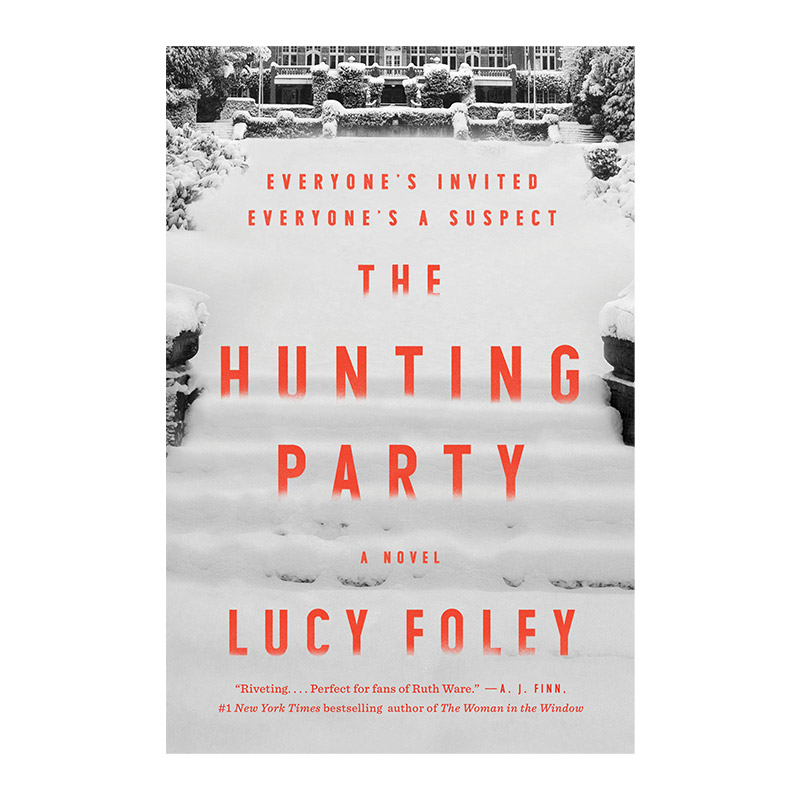 The Lost Man: I’ve gotten onto a Jane Harper kick; after listening to her first book, The Dry, I swiftly downloaded the follow-up. This one is about three brothers; one of them is dead from exposure in the remote Australian outback, and the remaining brothers are determined to find out what happened. Harper is a great writer and I’m really glad to have recently discovered her work. Out now
The Hunting Party: It’s Christmas break, and a group of friends from Oxford meet up at a cabin in the Scottish Highlands to celebrate. A blizzard sets in, and by New Years Day, one of them is dead. The description has definite Agatha Christie vibes, and I’m hoping it lives up to the hype! Out February 12 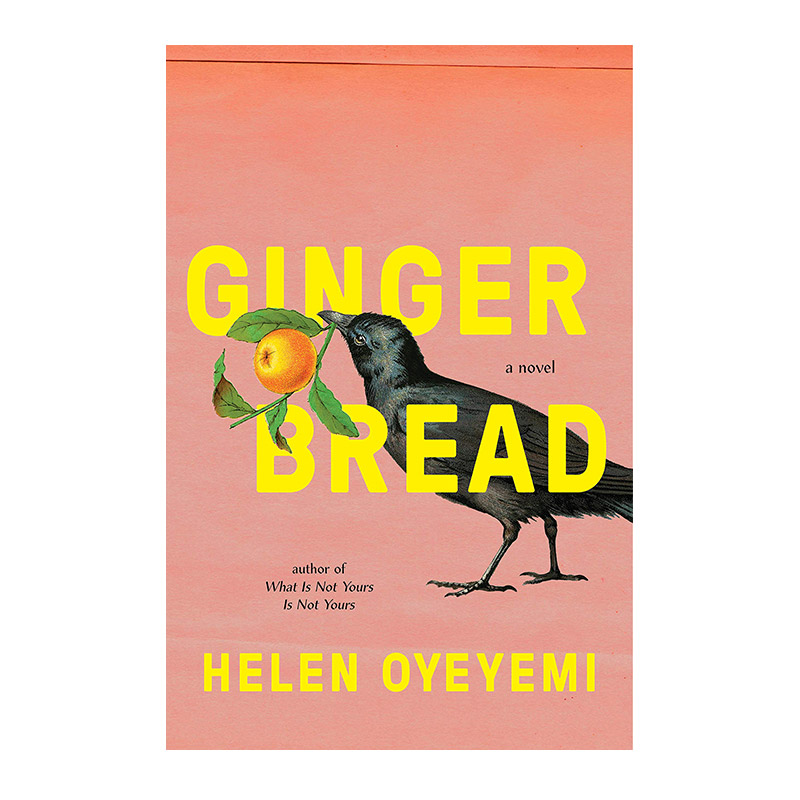 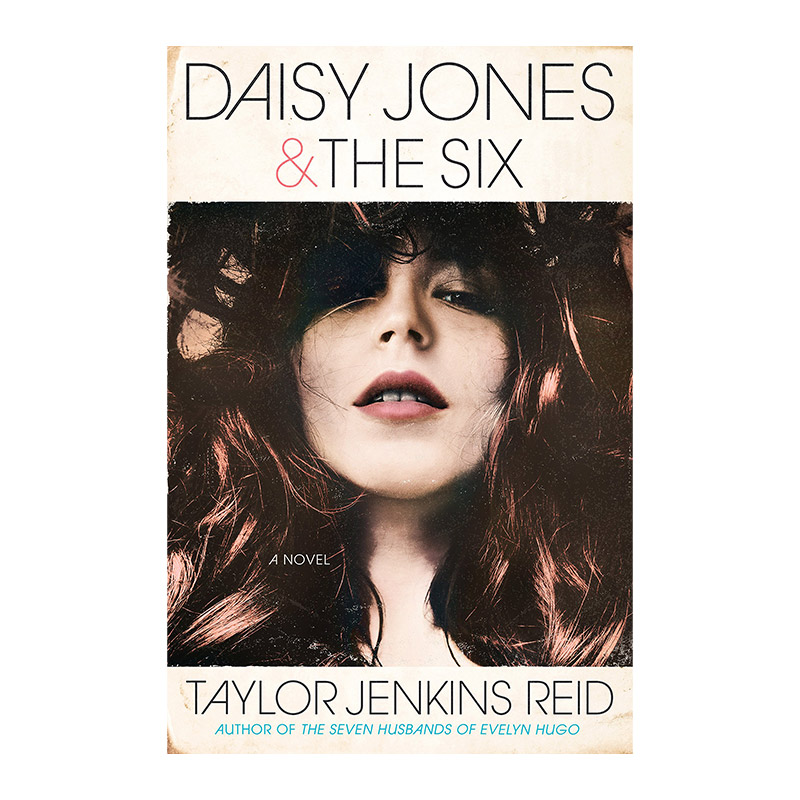 Gingerbread: I don’t know how to succinctly summarize this one, but it sounds like Helen Oyeyemi has a singular writing style which I’m really interested to delve into. It’s about a British schoolgirl girl named Perdita and her mom Harriet, their family recipe for gingerbread, and the Harriet’s mysterious friend who resurfaces in the Perdita’s teenage years. Out March 5
Daisy Jones and the Six: This is being described as similar to Almost Famous and I’ve heard great things about Taylor Jenkins Reid, so I’m excited to get into it! It tells the story of Daisy, a girl coming of age in the 60’s, and what happens when she crosses paths with one of the biggest rock groups of the day. Reese Witherspoon is raving about it and it’s the April book for another fav podcast, Bad on Paper, so it will be fun to hear their review as well!  Out March 5 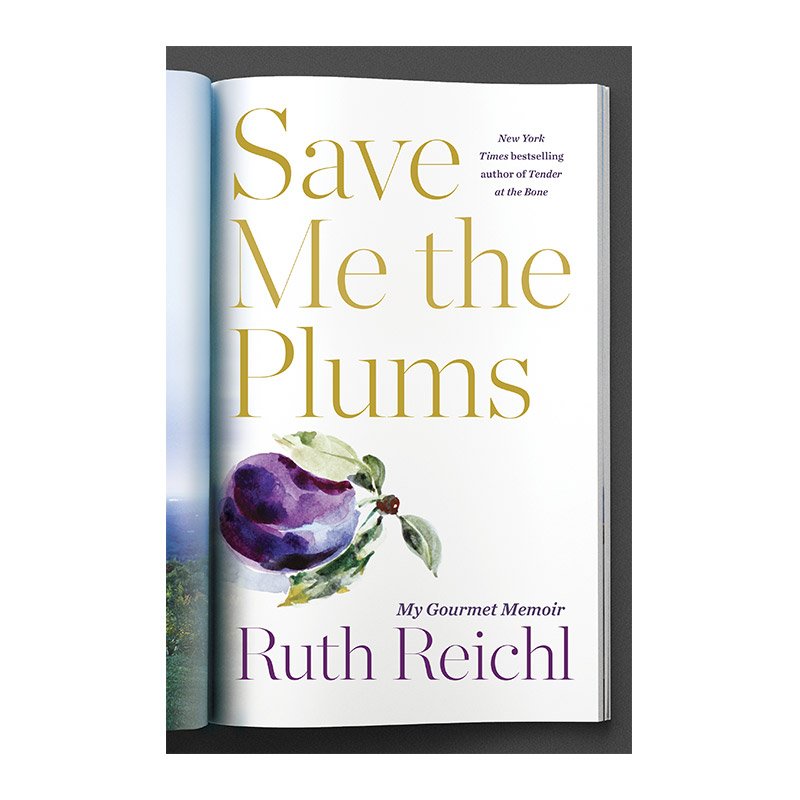 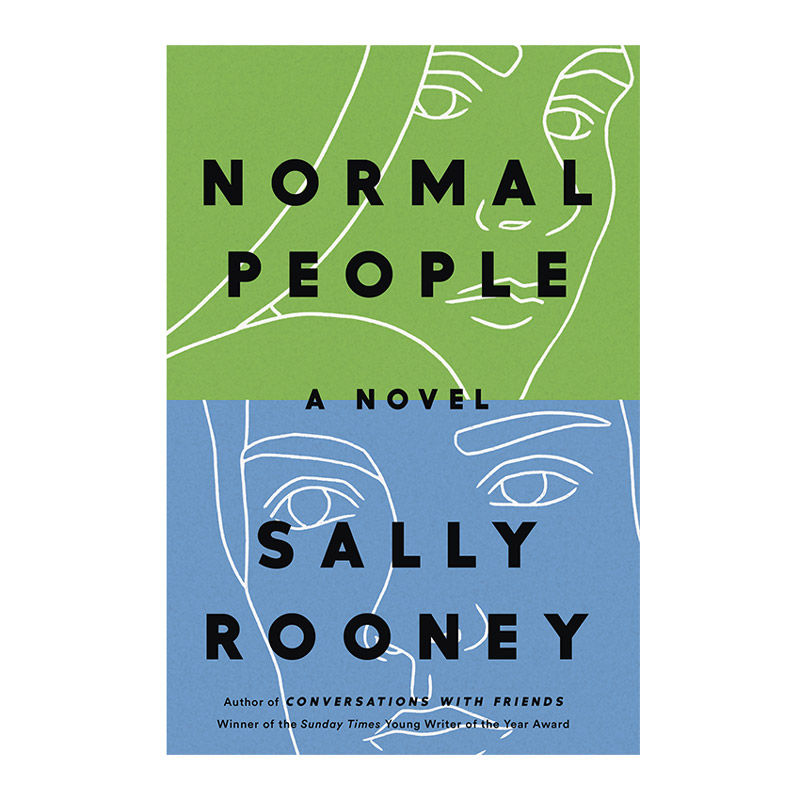 Save Me the Plums: If you like food writing you’re probably already familiar with the beautiful works of Ruth Reichl. I am such a fan of hers and cannot wait to read this latest memoir about her time as editor-in-chief of Gourmet. Out April 2
Normal People is the second book from Sally Rooney and it’s already getting rave reviews across the pond, where it was first released. It’s about two friends who go off to college and the ways they move in and out of each other’s lives, and apparently it’s just really beautifully written and insightful. While I wait for this one I’m going to pick up Rooney’s first novel, Conversations With Friends. Out April 16 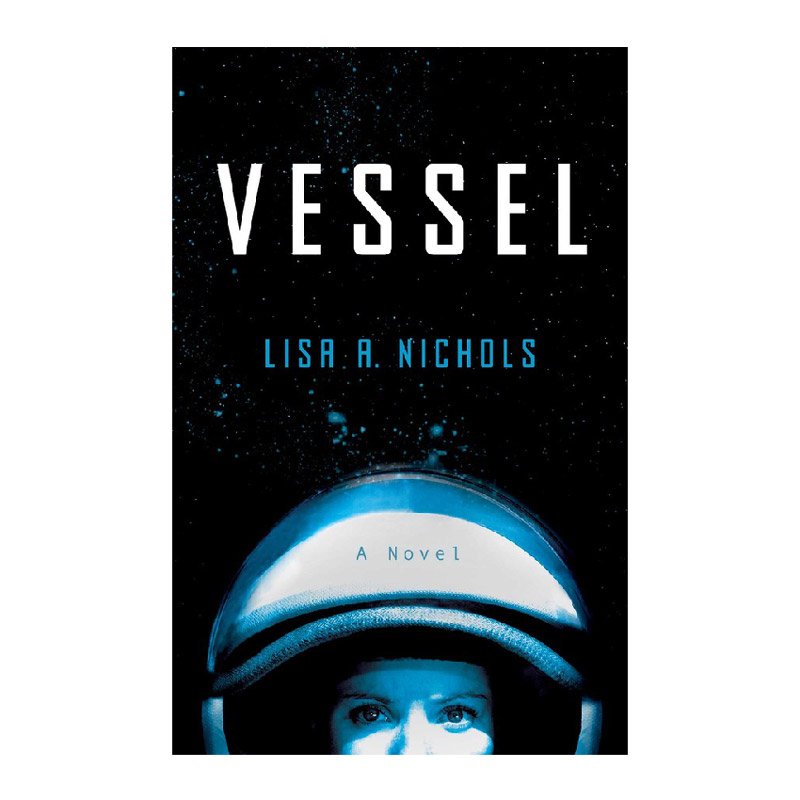 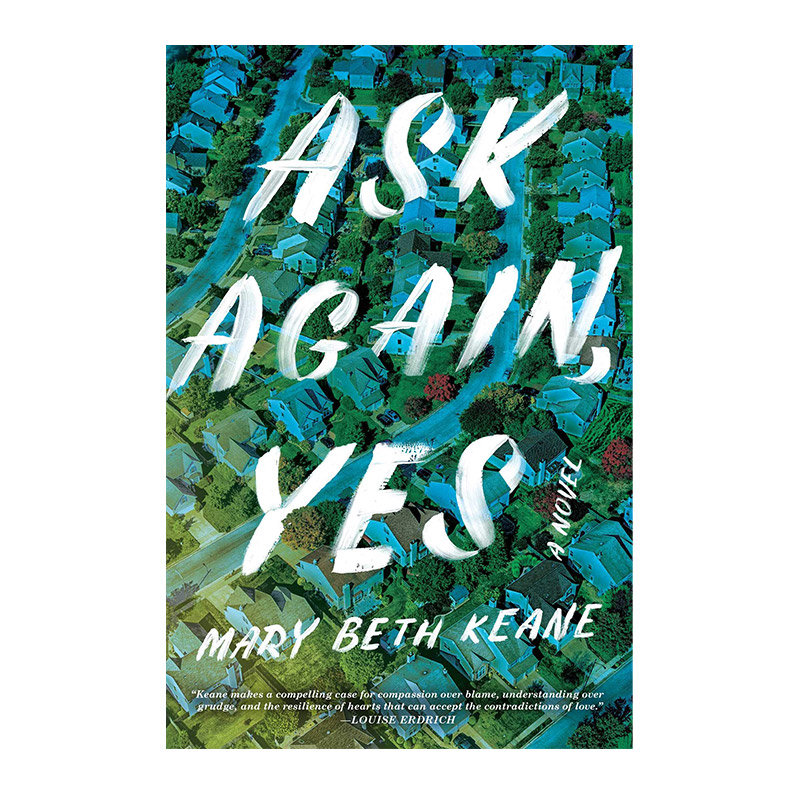 Vessel: This kind of sounds like your standard psychological thriller, except twist – it’s in space! Hah, just kidding (kind of). An astronaut goes on a space mission and returns alone – her entire crew was lost, and she has no memory of what happened…or does she? So intrigued by this one! Out May 21
Ask Again Yes: A drama about two neighboring families in the Bronx in 1973, Ask Again Yes focuses on the friendship and romance that blossoms between the daughter and son from each family. Out June 4 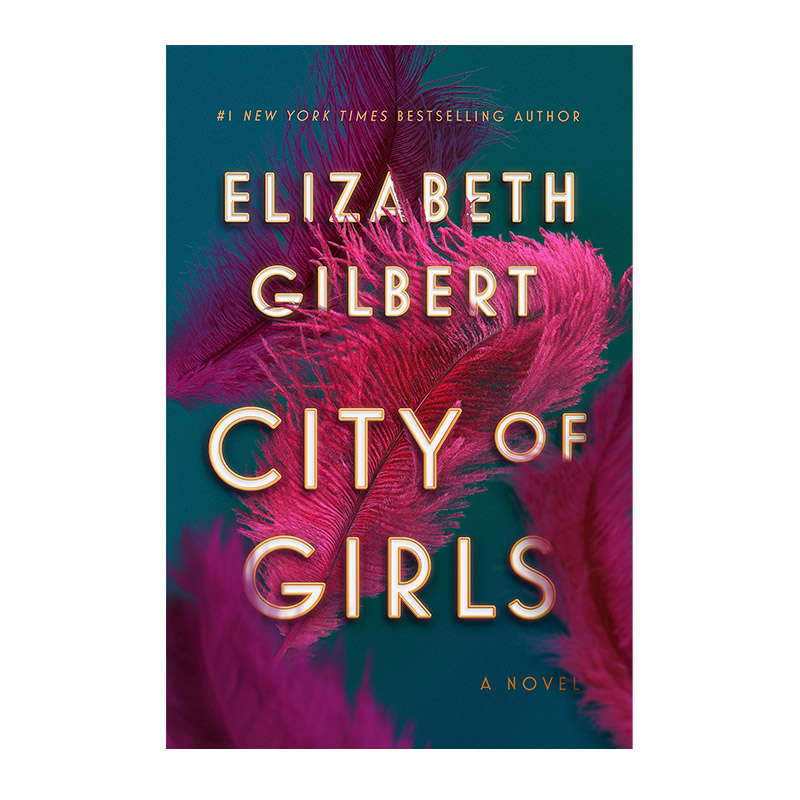 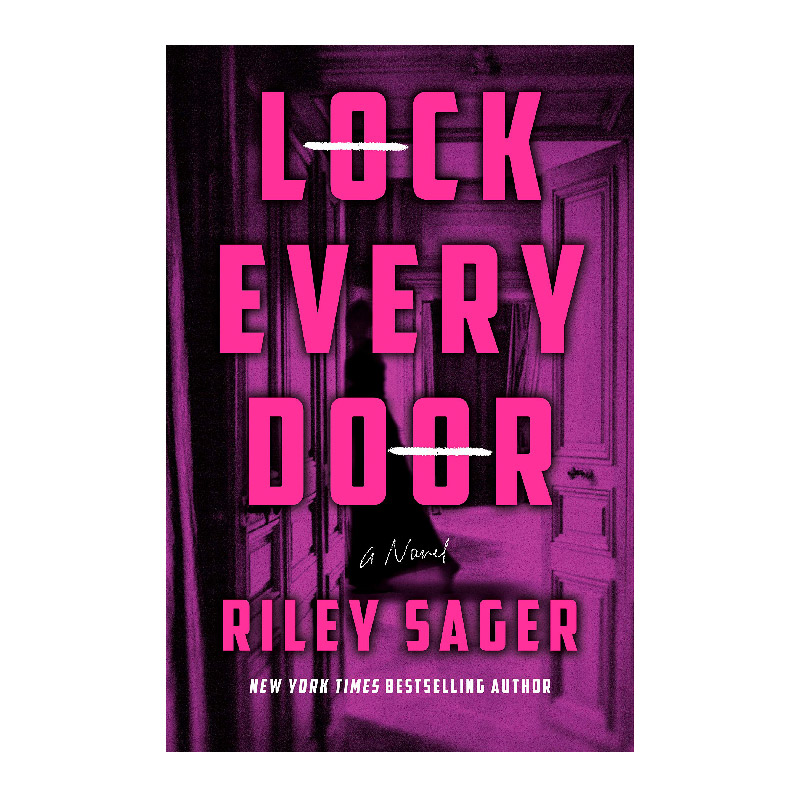 City of Girls: A new Liz Gilbert! And fiction this time – I’m excited! City of Girls takes place in 1940s New York City and focuses on nineteen year old Vivian’s adventures in the theater world there. Out June 4
Lock Every Door: A new thriller from Riley Sager – this one is about a girl named Jules, who takes on a job as an apartment sitter in a New York City building. When she makes friends with another apartment sitter who suddenly disappears, Jules becomes embroiled in a search to uncover the building’s secret past and expose a killer. I’m already hooked by the setting so hoping this will be good! Out July 2 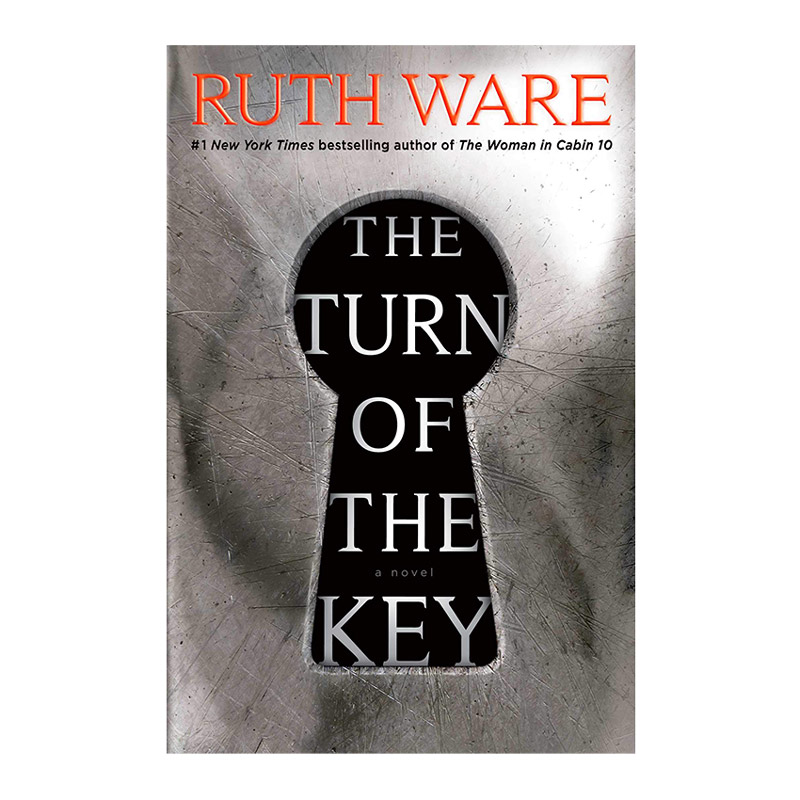 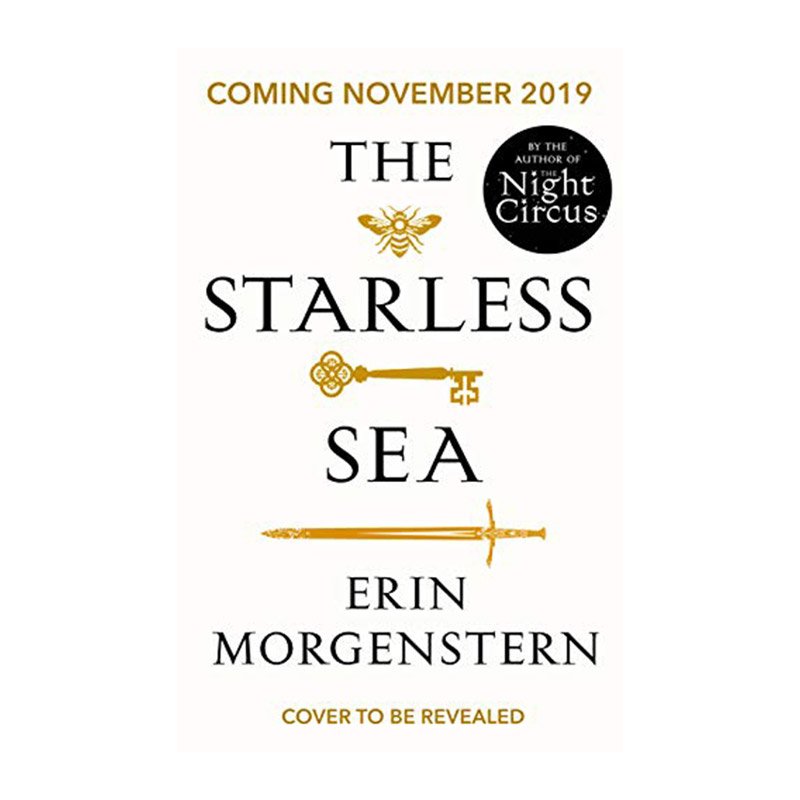 The Turn of the Key: I’ve read a few Ruth Wares and though sometimes I find them a little predictable, I still get sucked in! This is about a girl named Rowan who takes a job posting as a live-in nanny at a home in the Scottish Highlands. It seems like the perfect job, until one of the children winds up dead. What happened…and how can Rowan prove her innocence? Out August 6
The Starless Sea: Erin Morgenstern’s first book, The Night Circus, is one that I kept almost picking up and then for some reason never did. First I want to read that and then I’m looking forward to her new one, which is getting a lot of early buzz. A graduate student finds a hidden full of fantastical stories and also, inexplicably, a story right out of his own childhood. His search for how his life came to be in this book takes him on a mysterious adventure full of hidden clues, buried books, and magical creatures. Out November 5

Bonus! Last but not least, I’m super excited for a new book from Rosamund Lupton called Three Hours. I absolutely loved her first novel Sister and I think she’s super talented. No cover or official release date yet but it’s out in autumn and I can’t wait!

What new books to read are you looking forward to in 2019?

Loving this New Books to Read feature? Take a look here for more of my favorite Books posts!!!