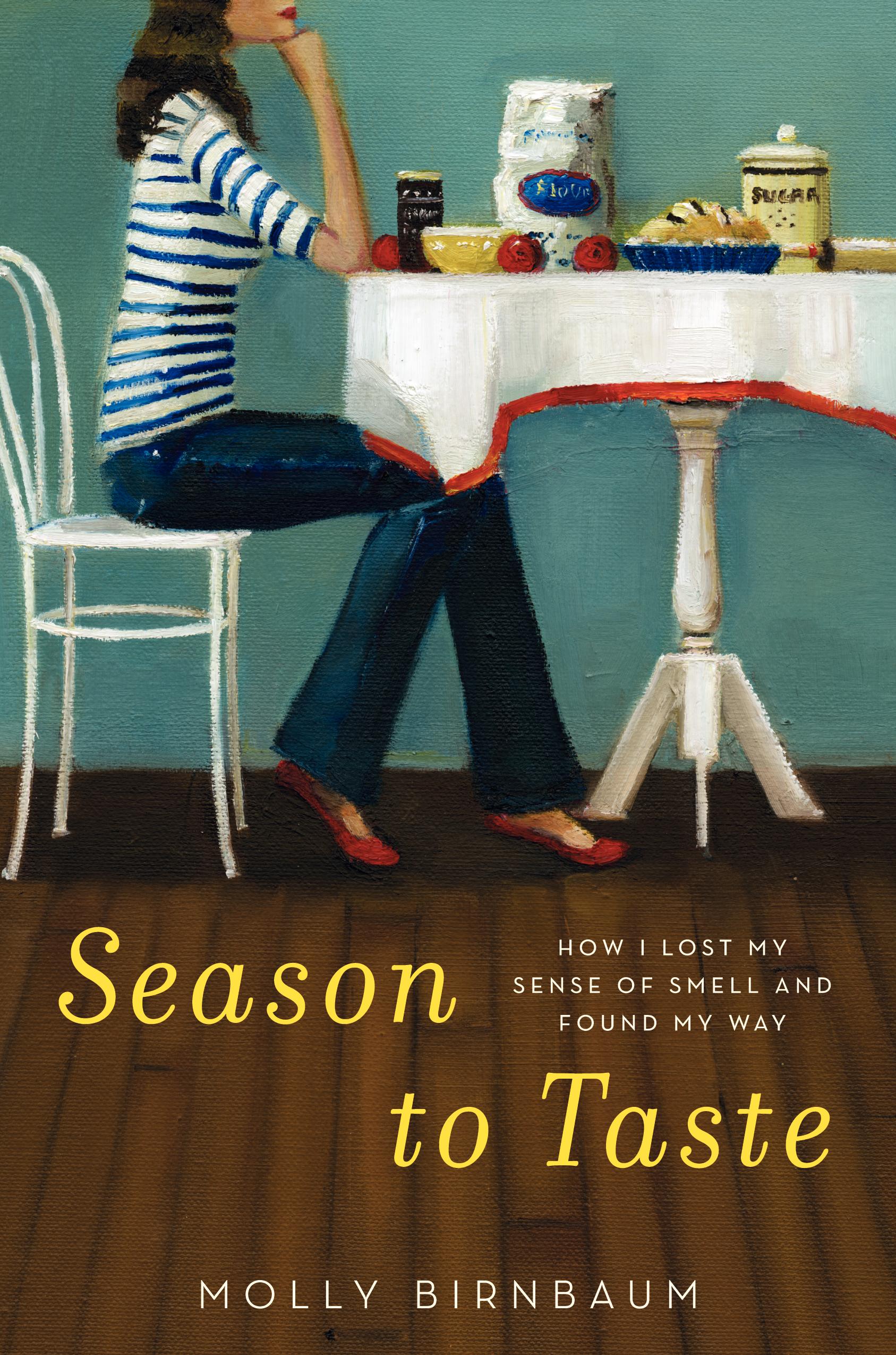 Molly Birnbaum’s Season to Taste: How I Lost My Sense of Smell and Found My Way was an eye-opening read. As an aspiring chef looking forward to culinary school, Molly’s life is changed irrevocably when a car accident strips away her sense of smell. Her sense of taste is in turn vastly altered, and Molly begins to forge a new path for her life as she explores the implications of her new reality.

This was a really interesting read. In a twist that differentiates it from your typical foodie memoir, Molly mixes descriptions of culinary delights with information on the science of smell and taste, and explains how the two senses are intimately linked in the human anatomy. She really makes you think about something that’s often taken for granted – your sense of smell. While in the midst of this book I found myself becoming more aware of different smells and trying to think like Molly-to sit and just notice what scents were actually around me.

Molly takes the reader deep into the world of scent, from an elite perfume school in France to an industrial American factory where familiar scents are manufactured for packaged products. All the while, even though her life’s dream has been stalled and possibly lost, Molly never once comes off as bitter or regretful. Nor does she come off as overly cheery or upbeat. She simply seems to handle a really tough situation with grace and aplomb.

An interesting phenomenon she describes is the way that even as some of her sense of smell begins to return, what she’s also lost is her ability to IDENTIFY smells. That was really fascinating to me. Why would that be? She makes the reader think about the areas of smell identification and description, which is a cool aspect of scent that one may never really ponder. Think about it-when we describe a scent, it’s always in terms of OTHER senses-something smells light, or warm, or spicy, or crisp. All words borrowed from other senses. It’s almost like smell is the most mysterious, the least easily described sense. It’s so different from the others-you can hear a song in your head, or close your eyes and see something in your head, but can you really CONJURE up a smell in your memory? Not really. It’s an amorphous sense, which sets it apart from the others.

The interesting thing she illuminates too is the fact that anosmia (an altered or lost sense of smell) is a disorder many may brush off-it’s not life threatening, it’s not cancer. It’s unfortunate, but hey, life goes on, many may think. That explains partly why disorders of smell receive so few research dollars, and thus, why so much about the sense remains a mystery. However, even though it’s not going to kill anyone, Molly effectively shows us how profoundly anosmics are effected by their loss. It IS a big deal, and a life changing one – not only for someone like Molly, whose passion and livelihood are effected, but also for non-foodies. She describes the feelings of isolation, the loss of the whole scent-as-memory-trigger phenomenon, even the perils of potentially eating spoiled food or not detecting a gas leak. Molly illuminates how the most underrated sense actually effects our lives in so many important ways. It’s something you take for granted but I could see from this book that when you lose it, suddenly you realize how large a role it actually played in your life.
Check out Molly’s blog my madeleine, and if you’re in the mood for a book that will make your stomach rumble and get the gears turning in your head, pick up Season to Taste!