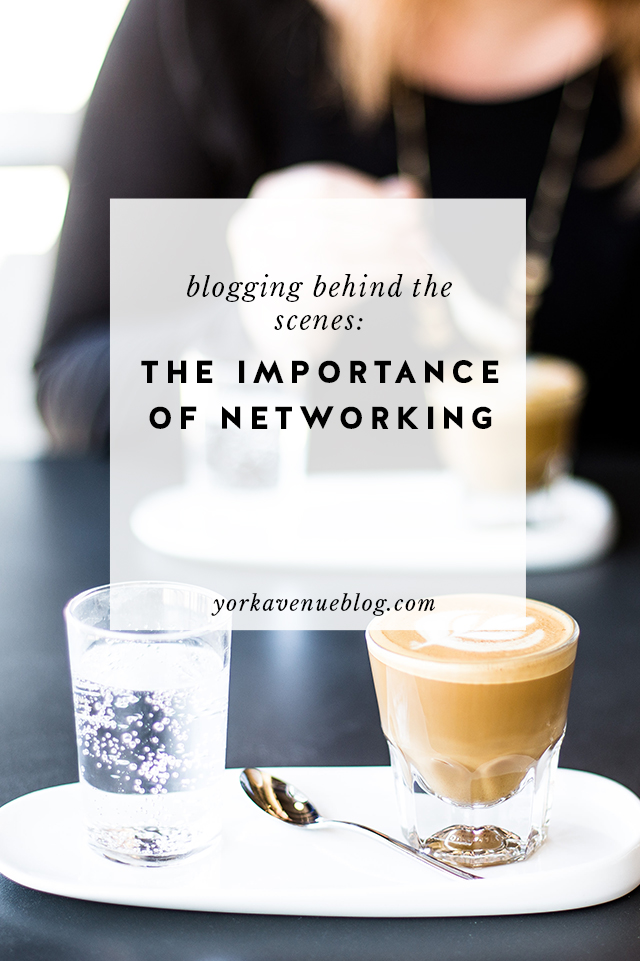 As I’ve gotten older and gotten more years of experience in blogging and life under my belt, I’ve come to realize the importance of networking. In fact, I’ve often found myself marveling over the fact that it’s basically the most important aspect of business, blogging, and just getting along in the world. I thought it might be interesting for you guys just to learn some more about how I utterly underestimated and misunderstood networking in the beginning of my blogging “career,” and how I’ve come to realize the importance, nay, necessity of it nowadays – but also why I find it difficult at times!

Here’s the biggest point: virtually every good thing that’s come to me through blogging has come about through networking, something about which I used to be totally and completely clueless. First of all, I’m a very independent person and the solitariness of blogging actually appeals to me in a way. I work with people all day, every day at my regular job (I’m not in an office where I can shut my door), and I enjoy the fact that blogging is something I do on my own. It was a big mindset shift to get out of the idea of blogging as a solitary activity, and start to consider it as actually a very social thing. So many bloggers talk about how blogging is lonely – and it’s like, actually, blogging is really social! There are tons of opportunities to get out there and meet people, and as I’m discussing here, it’s important to embrace that and capitalize on it.

I was really backwards about networking in the past, which is why I wanted to write this post and share what I’ve realized, in hopes that it might help any of you who are in the same boat. When I started blogging, I was actually a lot younger and a lot more naive about life in general. So I would try my hand at “networking,” (not really thinking of it as such), and basically if I didn’t become best friends with the person I asked to coffee, or it didn’t immediately lead to something (either a friendship or an opportunity), I figured, welp, I failed at that! I give up. No more reaching out for me. If I got invited to an event but I didn’t see an immediate benefit to going, I just wouldn’t go (and granted, with a full-time job it is really tough to go to a lot of events, but that’s another story). But anyway, I just didn’t get it. Here’s what I didn’t get:

The Right Way to Think About Networking

You can network and something can come of it pretty immediately, or something can come of it later. Even years down the line, that connection you made or that person you met can turn into something, lead to an opportunity, or become a great friendship. That’s where I was so mistaken, thinking if there wasn’t an immediate “result” from my “networking” that I had somehow failed at it and it wasn’t worth trying. So, so wrong. Every person you meet can turn into a friend that you have a common interest with. If that doesn’t happen, which is totally natural and fine because who hits it off with every single person they meet?, that connection, just meeting, chatting, and giving them your card, can lead to who-knows-what, who-knows-when. You just never know, and that’s honestly the exciting and great thing about networking.

Here’s one example: my blog redesign. I asked Victoria to coffee when she moved to the city. Later I asked her to do a blog consultation with me. She wasn’t doing them anymore because business-wise it just didn’t make sense for her, but since she had met me previously, she made an exception and did one for me. Which led to my realization that my amateur-ish and outdated blog design was really holding me back in terms of working with brands and growing an audience. That led to us working together on the redesign, which had a hugely positive impact. Had we not had that brunch date, who knows when I would have finally wised up and realized I badly needed a redesign? (I can be pretty clueless sometimes).

I never would have gotten my first DSLR if I hadn’t been communicating with someone from a lifestyle website that asked me to shoot NYC pictures for them (which subsequently fell through, but look – positive came from negative!), or if I hadn’t made a connection with Kate, who shot my home tour. Through events I’ve attended, I’ve met people who have become either great friends or simply great acquaintances – which to me, is honestly equally good. When you make a connection with someone, even if you don’t become best friends, they become a part of your network – and it’s great to have a strong network of like-minded people. I’ve emailed these acquaintances for advice, I’ve shared advice with them, we’ve traded brand contacts – it’s mutually beneficial and just all around a good thing to have a network of people that you’re even casually acquainted with who are in your industry or share your common interests. In addition, I’ve made actual great friends through blogging – which is really nice for me because I don’t have anyone else in my life who shares these same interest and passions.

Even just meeting people who are creative and talented is exciting and gives me a burst of inspiration. Some of the people I’ve met in person or connected with online have wound up being people that I’ve featured on the blog, and without networking, I never would have discovered them and their incredible talent (yesterday’s post being a perfect example). Another one: I attended the domino Showhouse event, which was wonderful – there I met Blair Voltz-Clarke, who was super nice and outgoing – she later invited me to a lovely brunch at her gorgeous apartment, which I was then able to shoot for the blog and which became one of my favorite posts ever – and at that event I met former the editor-in-chief of House Beautiful and several other people who work in that industry. And it’s like, does the EIC of House Beautiful remember who I am? Obviously not. But who cares? The point is, you never know when those connections could turn into something – and if they don’t, so what! You met someone who’s in the industry you’re interested in, had a conversation you’re not going to have with anyone in your regular life, and that can’t be bad.

Tips for Networking (in Real Life and Online)

So, make an effort to go to events (selectively). Talk to people you don’t know, and go up to people you do recognize and strike up a conversation! Be curious. Hand out your business card (you have a business card, right?). One thing I learned from this really great article on networking, which you should definitely read, is to make an effort to connect with people online. You may not live in a big city or a place where tons of bloggers live and events are going on, but it doesn’t matter. You can still network! Leave thoughtful comments on posts you enjoy. Say something on Twitter. Re-post someone’s post. Be consistent! This forges a relationship and connection, and of course the person is going to appreciate your support. I’ve made so many great “virtual” friends through blogging, and it blows my mind that people you’ve never even met can be so incredibly supportive and lovely, and feel like actual real-life friends (Monica, lookin’ at you :).

It Is Worth It (Even When It Feels Hard)

After singing its praises, I have to also own up to that fact that I find networking to be hard for several reasons, some of which maybe you can relate to. The first is, since I work in addition to blogging, I have a very limited amount of time to devote to going to events. And obviously, some events I just can’t go to because of work (I can’t tell you how many things I get invited to that are just smack dab in the middle of a Tuesday or Wednesday). The other reason it’s hard is I’m an introvert, I’m pretty shy when I first meet people, and I am terrible at making small talk. So networking is hard. The point I want to drive home is that it can be hard, it can be inconvenient, it can be uncomfortable, but it can also be so very worth it.

Has networking ever paid off for you, either in a friendship or an opportunity? Do you find it to be difficult or easy? I’d love to hear your thoughts on the subject!

image by Tim Wright via Unsplash