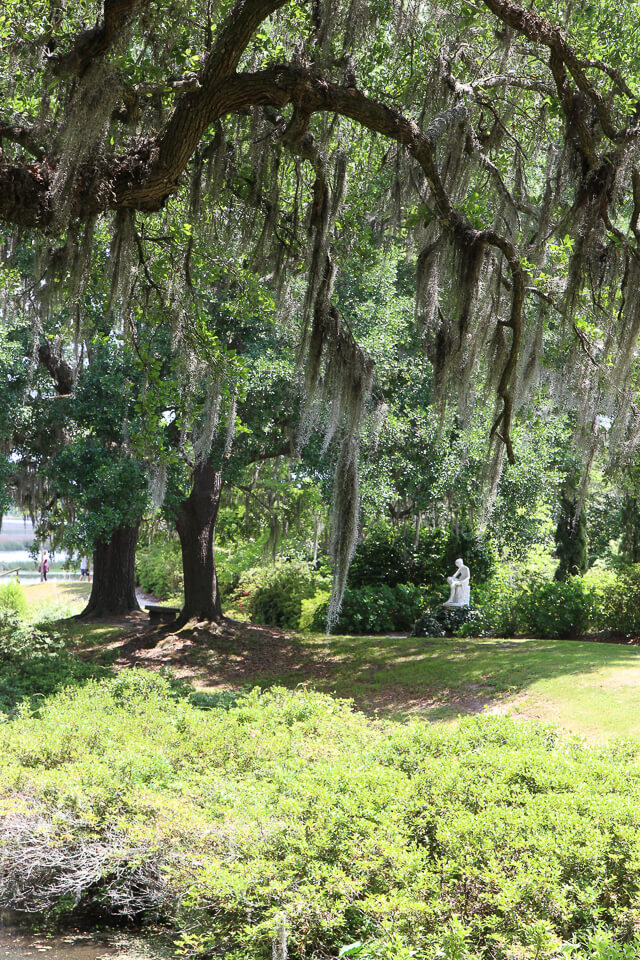 During our trip to Charleston we took a day to visit Middleton Place, a Civil War-era plantation on the Ashley River. It’s now a National Historic Landmark consisting of sculpted gardens, a House Museum, stable yards, and even an inn. I have a major love for big old mansions and estates and such (like Westbury), and was really curious to see a Southern version of that. We spent some time wandering around the grounds and then went on the House Museum tour, where we learned a lot about the history of the plantation and Charleston during the Civil War. It was really interesting and I definitely recommend a visit. Take a look after the jump! 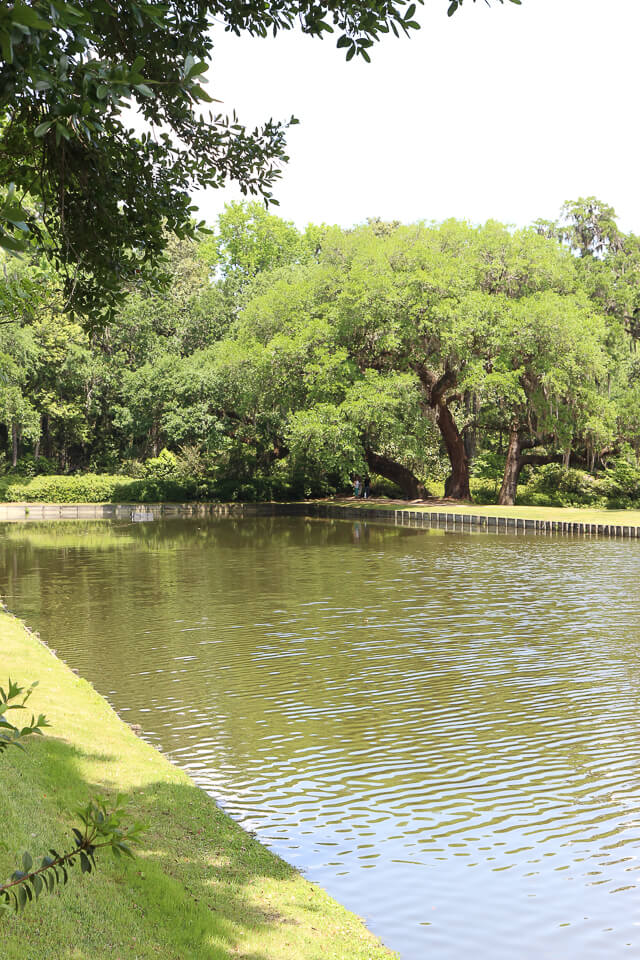 Middleton Place became a part of the Middleton family in 1741 when Henry Middleton received it as part of his wife’s dowry. While Middleton started out as just a country residence, over time it was transitioned to an active rice plantation with a large number of slaves. Middleton was passed down to Henry’s son, Arthur, then his son, Henry, then his son, Williams Middleton – he was the owner of it during the Civil War. Williams was an active supporter of the Confederate cause, and even signed South Carolina’s Ordinance of Secession, which led to the state seceding from the Union (history nerd alert). 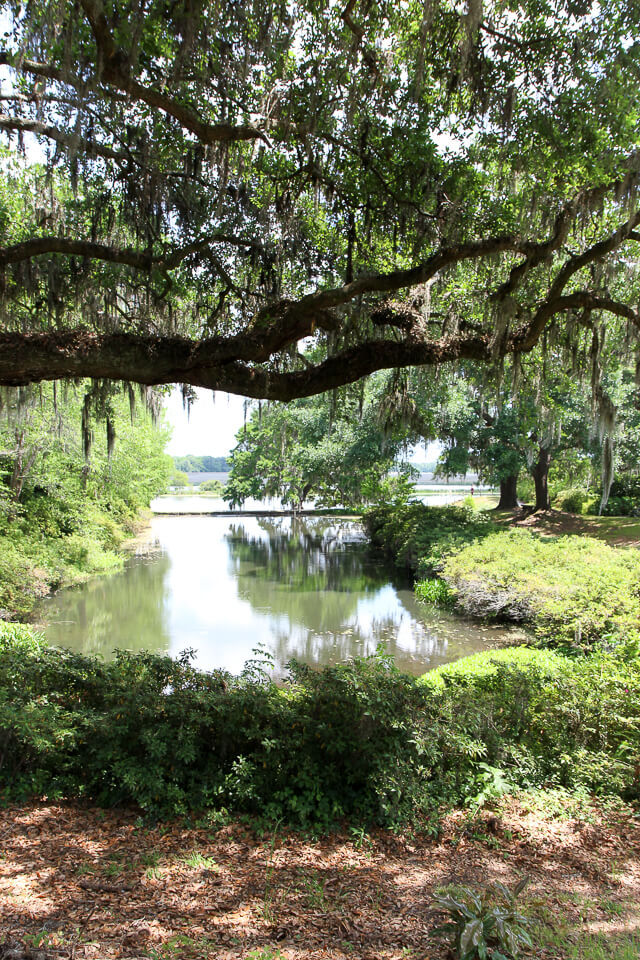 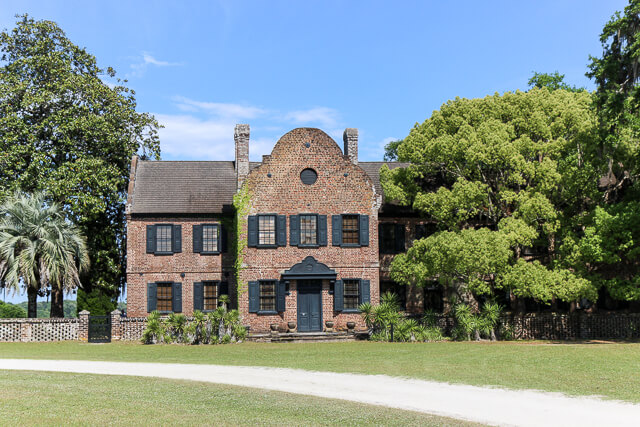 During its heyday, Middleton’s lodgings consisted of a three story main house flanked by two guest houses, known as the North and South Flankers. During the Civil War, the family fled to North Carolina and in 1865, right before the end of the War, Union soldiers arrived and burned the house basically to the ground. When the family returned, only the South guest house was somewhat habitable, so they moved in to that. Later the 1886 Charleston earthquake completely decimated what was left of the main house, and today all that remains is a pile of rubble (which they’ve left in place to give a sense of where the house was – see below). The South Flanker is still intact (it survived the earthquake) and that’s where the House Tour takes place. 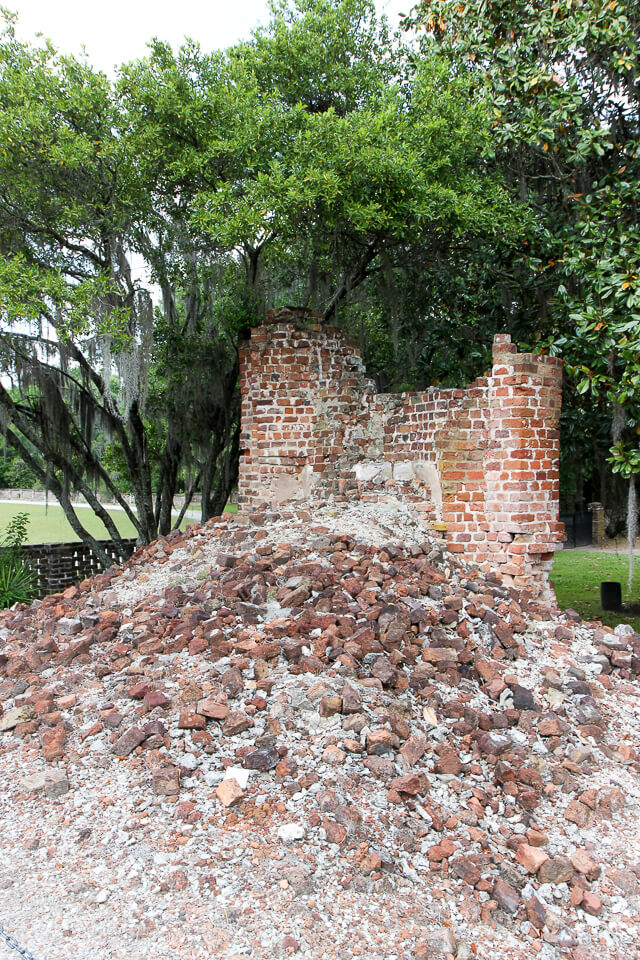 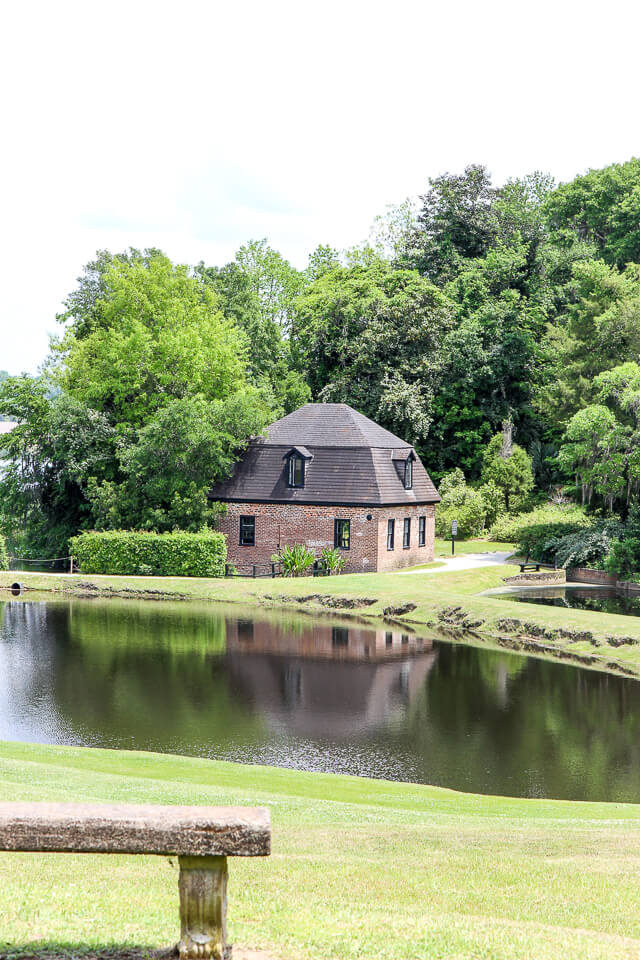 The main crop at Middleton Plantation was rice (not cotton or tobacco as you might typically think of for Southern plantations) – there were extensive rice fields. In addition to harvesting rice, slaves at Middleton were also potters, blacksmiths, weavers, candle and soap makers…the list goes on. In the Plantation Stable Yards you can see examples of all of the equipment and tools they used and get a sense of what it was like doing this work during the 1800s – they also have guides out there who explain them. There is a permanent exhibit at Middleton Place called “Beyond the Fields” that details the African American slave experience, both at Middleton and other plantations. As I said on Instagram, a beautiful place with a really sad history. Visiting definitely stoked my desire to read a book about the era – my sister recommended Gone With the Wind and my Mom recommended Team of Rivals. 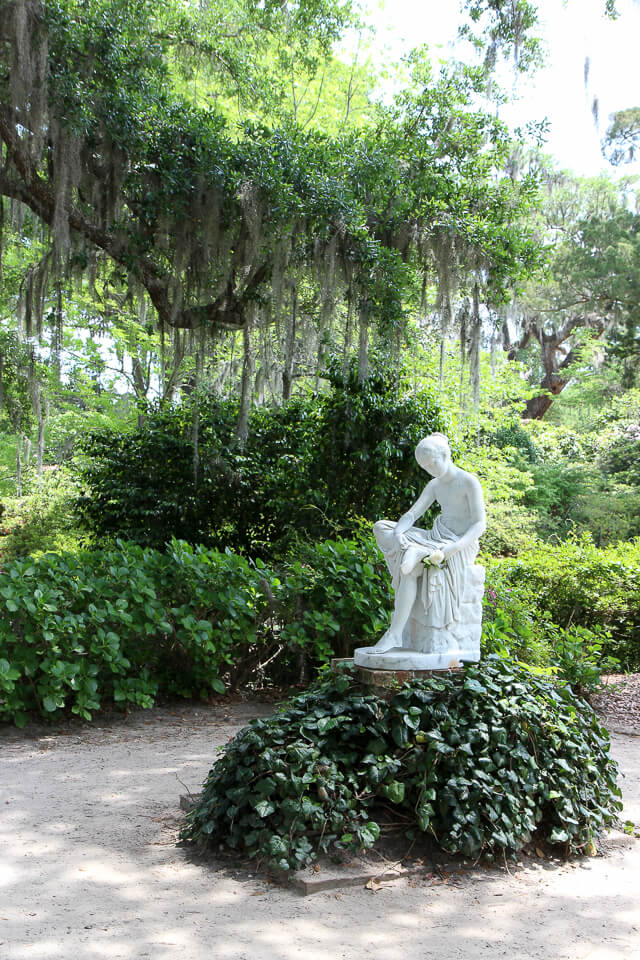 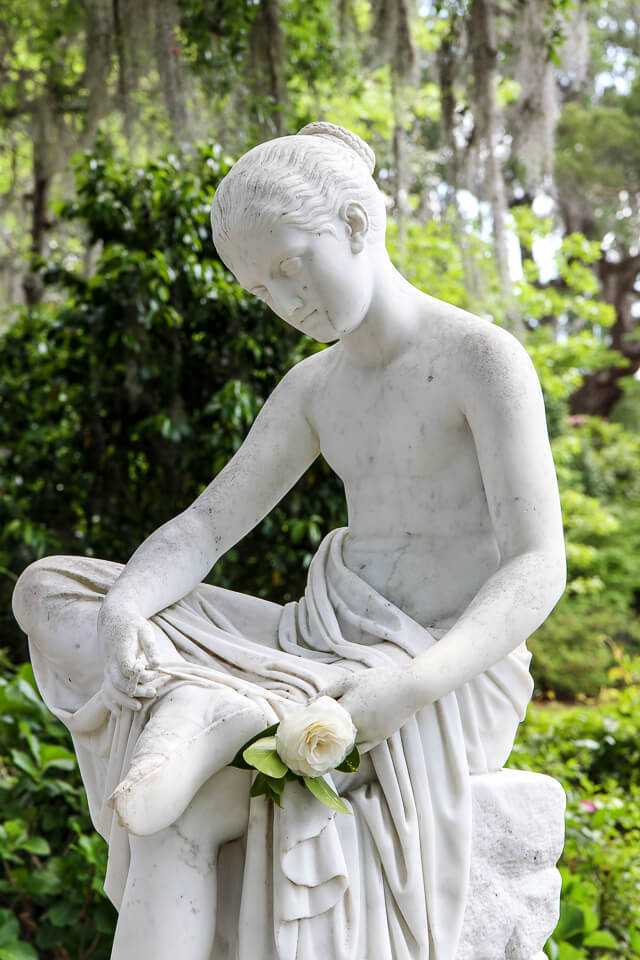 This statue was one of the only ones that survived the Civil War, perhaps because it was buried. I think someone changes the flower in her hand each day. 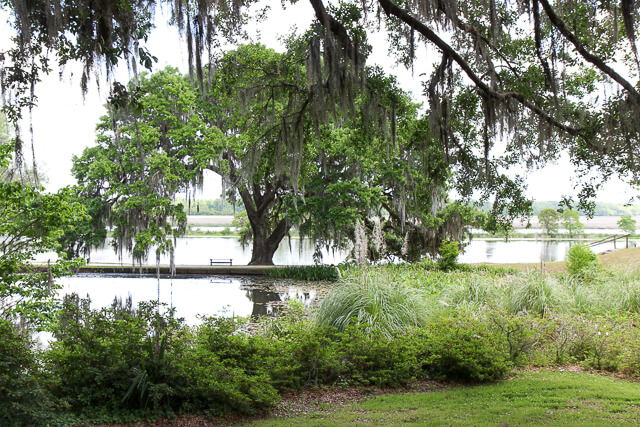 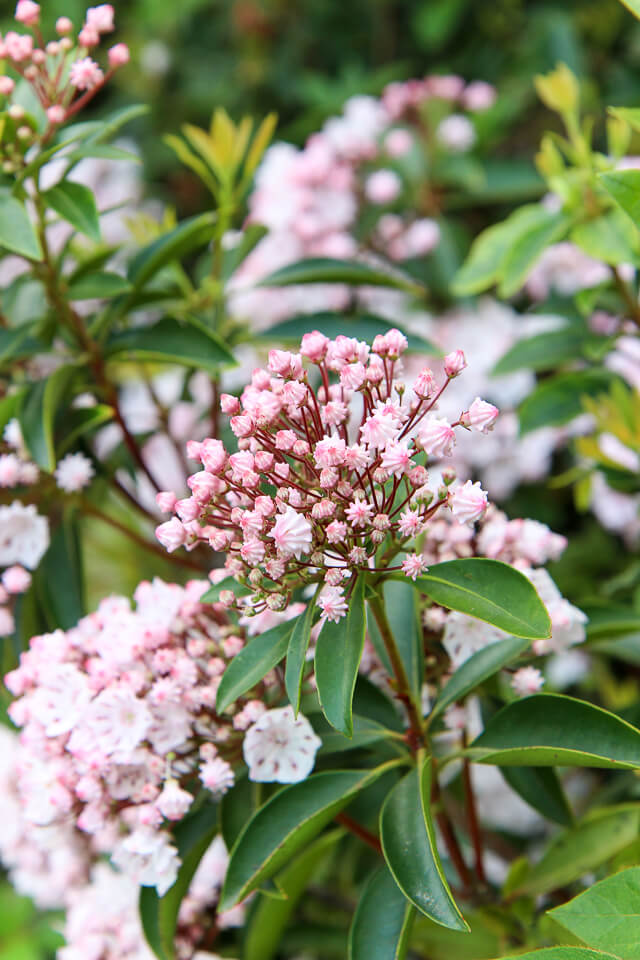 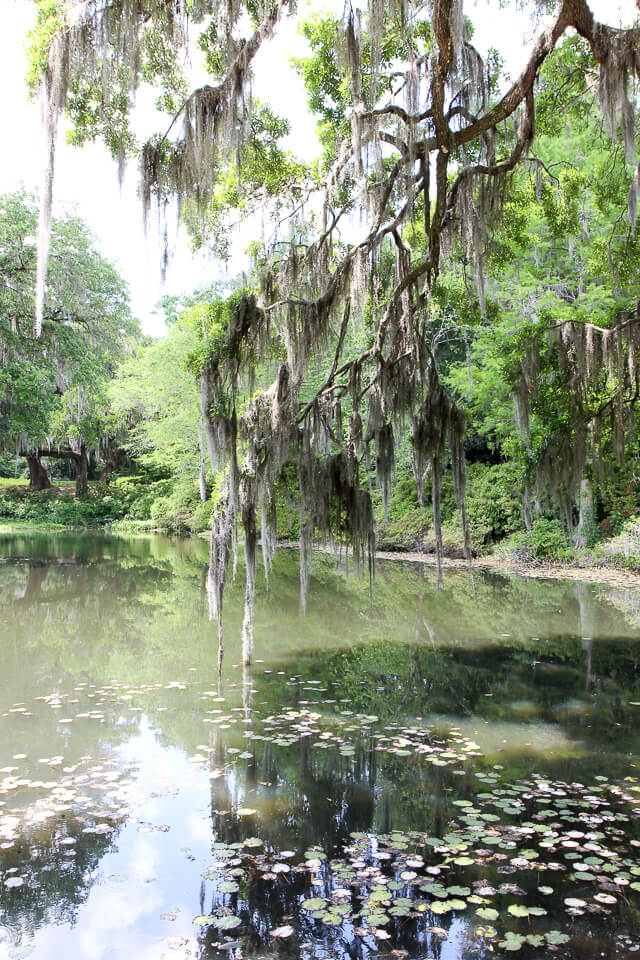 The Spanish moss was so cool (I’ve never seen it before) – it lends a sort of lush, atmospheric vibe. Quintessentially Southern. 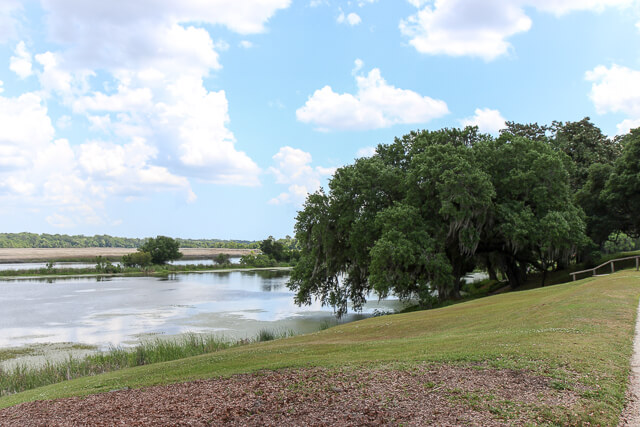 A view of the rice fields. 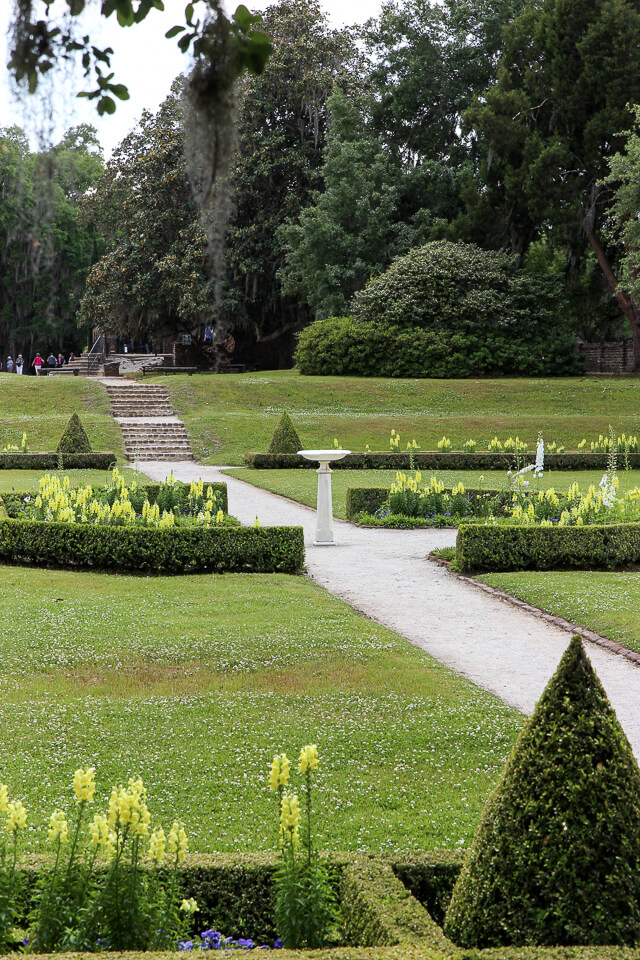 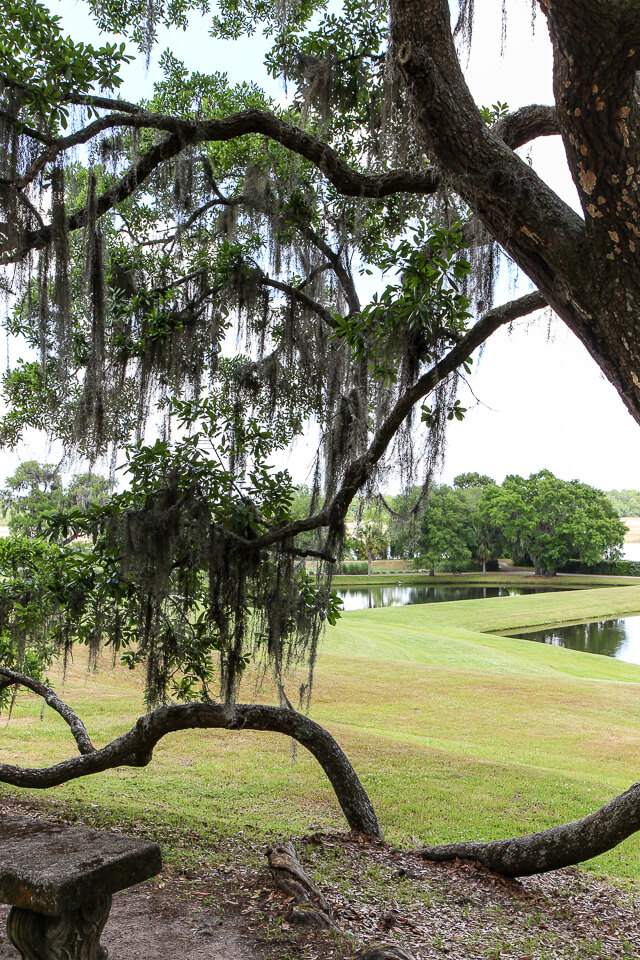 Above, you can see the Butterfly Lakes (shaped like butterfly wings). All of the grounds and gardens were sculpted and finessed into shape by the slaves. The owner wanted the view to be magnificent and impressive when business associates and other visitors came up from the Ashley River, so the ground was made into a slope, with the Butterfly Lakes and sculpted gardens in clear view, and the grand main house on the crest of the hill. 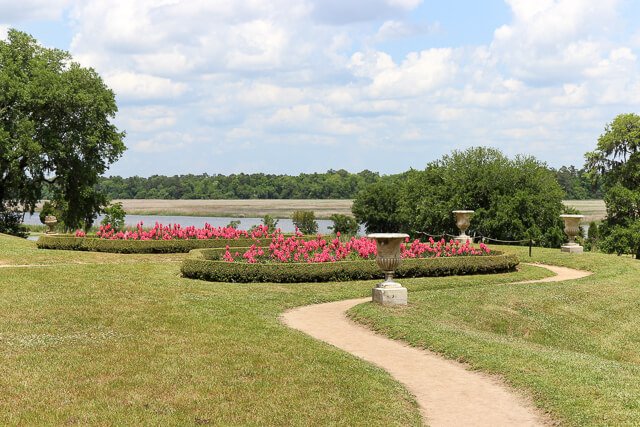 Middleton is actually home to the oldest landscaped gardens in the US. 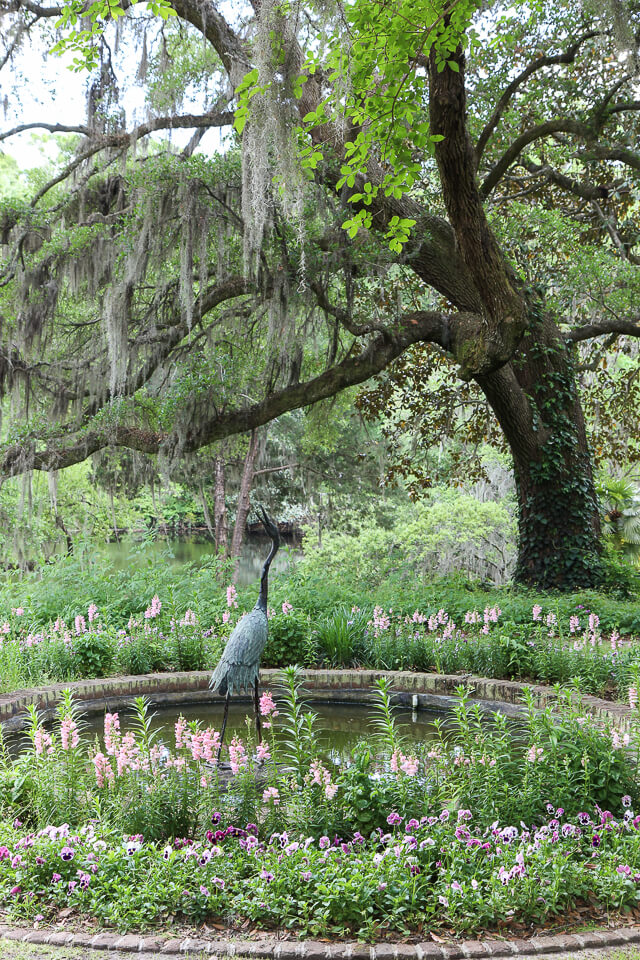 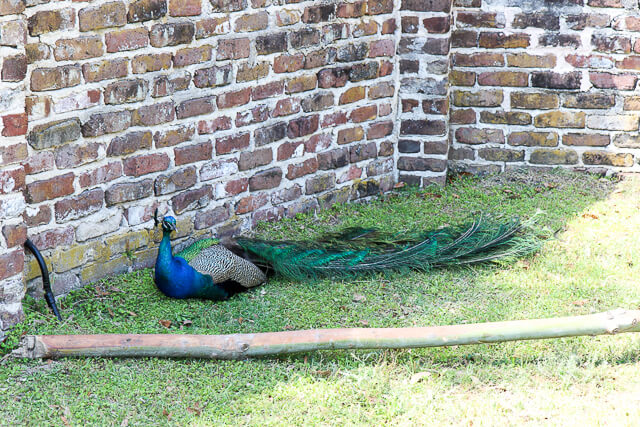 They have tons of animals in the Stable Yards at Middleton, including water buffalo which I’ve never seen before and which would have been sort of terrifying were they not totally chillin’ in the water with clearly no intention of getting up or moving. We even saw an alligator way out in the rice fields! 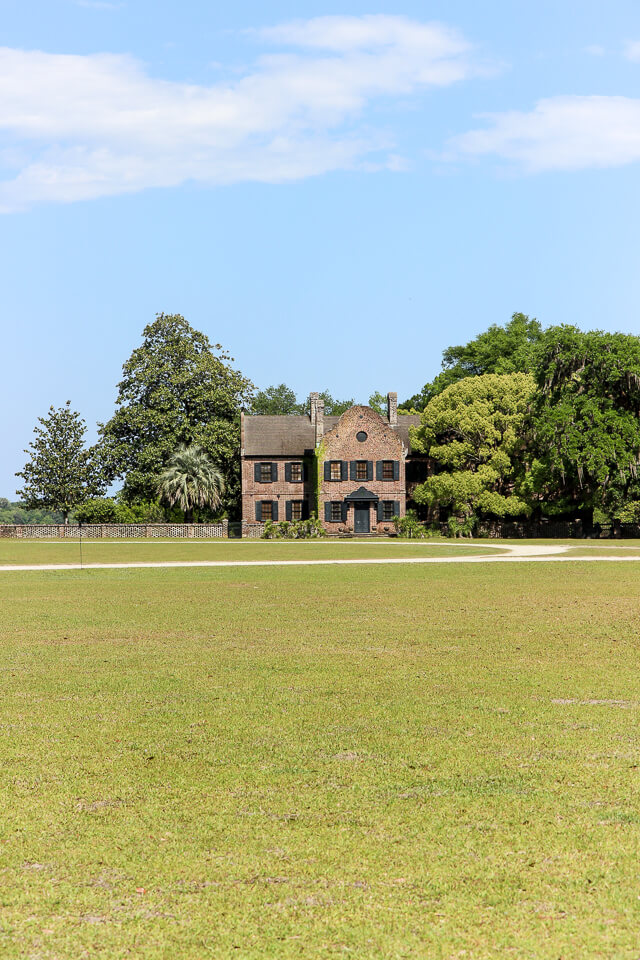 There are a few plantations in Charleston that are open to visitors – Drayton Hall, Boone Hall Plantation, and Magnolia are a few. I enjoyed Middleton Place and learned a lot on the house tour and through their permanent exhibits, so I definitely recommend it.