Skip to content
Melancholia: holiday fun for the whole family. 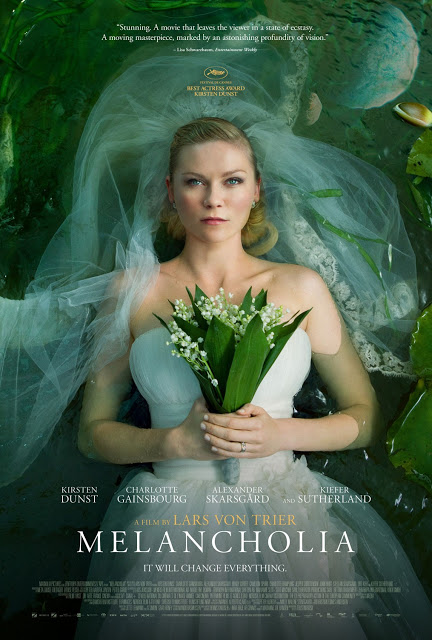 Just kidding! Kirsten Dunst plays Justine, a beautiful but deeply depressed bride with a sweet, gorgeous groom (Alexander Skaarsgard, playing the well-meaning but bumbling type very well) at her fancy, over the top wedding. Outside, a mysterious planet called Melancholia is on a straight path headed for Earth, spelling destruction for these characters and all of mankind. If you’re thinking this sounds like the makings of a really odd movie, you’d be correct!
I saw this the other day with my sister at Lincoln Plaza Cinemas, where they play all the “indie” movies. As I said, it was definitely really strange. It was also beautiful to look at, and sort of like being in a long, odd dream. The opening sequence was pretty amazing-you could have freeze-framed any of the shots and it would have been a painting to put on the wall. That was how visually arresting much of the movie was. Reminded me of Salvador Dali paintings in a way:

Eye-catching, yes? It had even more impact on the big screen. The way it was shot, and the imagery, just made it something you’re not used to seeing in a movie.
Kirsten Dunst won Best Actress at Cannes for her portrayal of Justine, and I can see why. She really pulled off a tough role. She’s come a long way since her Bring It On days! (Not that I’m saying Bring It On isn’t awesome, because it kind of is). As strange and “what the heck?” as Melancholia was, I enjoyed it for being so unique and different from a typical Hollywood movie. It sort of sticks with you days later. 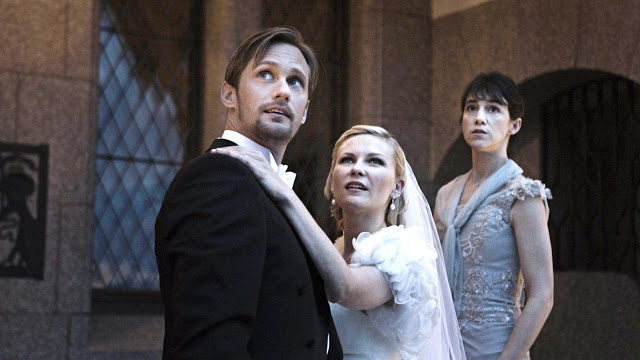 Nothing like the end of the world to put you in the mood for some sugar-covered carbs, so we hit up an awesome food truck over by Columbus Circle. Be sure to stop back tomorrow for pics of that!
Sources: 1