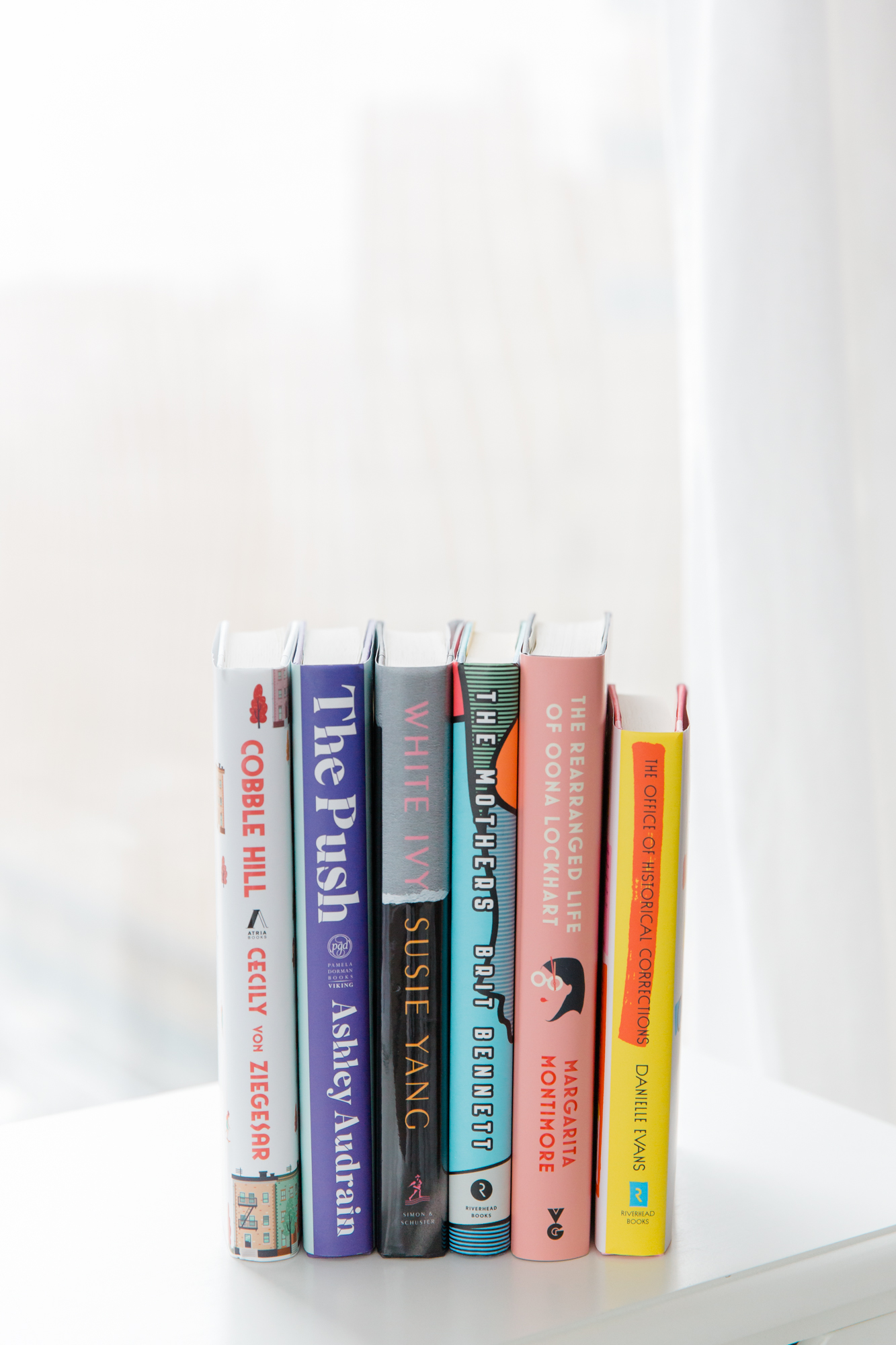 A little late getting this up but I really liked a lot of the books I read last month, so here we go!

Quick summary is that Layla is about a whirlwind romance where something goes terribly wrong. This book was so original and had me all over the place, in a good way. It’s so hard to describe my feelings about it without spoilers, but I’ll say it had me totally entranced, really angry with one of the characters at times, and also super invested in the romance between the two protagonists. Even though I felt the middle dragged a tiny bit, I was riveted and dying to know what was going to happen, and I did NOT see what was coming! Similar to Behind Her Eyes, this is one where for me, the mind-blowing ending takes my whole impression of the book up a notch. I highly recommend this – I found it to be really memorable and I just loved how unique it was.

I really enjoyed this! It centers around a girl who has an abortion and how that effects her relationship with the father and one of their close friends. Brit Bennett is such a wonderful writer and like The Vanishing Half, this one pulled me in and had me feeling really invested in the story and the characters. I think her books are a little slow, but the plots are very compelling and the characters come to life. She did use this one literary device that I didn’t really like, which was that sort of “framing” the story there were these sections told from the collective perspective of “the Mothers” – basically women who are part of the town church. I think she certainly had a reason for employing this device and I’m probably just not smart enough to understand it (lol) but I felt those sections took me out of the story and I was always eager to just get back to the main characters. Small quibble though, as overall this was really a fantastic debut.

This was a really good domestic thriller about a husband who goes missing. It totally kept me guessing and off-balance – it was full of surprises and I loved that. It was in some ways a self-aware homage to the book Misery, which is one of my favorite books. I have to recommend this one on audio (Libro.fm!) and I can’t say why because it would be a spoiler, but trust me, there’s an aspect of the narration that contributes to the “wait, whaaaat” experience of reading this book and I loved that! There are so many domestic thrillers out there and this is one of the better ones, in my opinion.

The Office of Historical Corrections

This is a short story collection and the stories are well-written and very timely. Like many of the other reviews I’ve read, the novella was probably my favorite part of the book, but a lot of the short stories were also memorable and compelling. Two favorites were Boys Go To Jupiter, about a college girl who goes viral (in a bad way) when a photo of her wearing a Confederate flag bikini is shared, and Alcatraz, about a clerical error that ruins a life and has ripple effects across generations. The stories are thought-provoking and the kind that stick with you, exploring topics of race and (from the jacket) “the truths of US history – about who gets to tell them, and the cost of setting the record straight.” I didn’t love all of them (the first especially had me wondering “what was I supposed to get from that?”), but overall it’s such a strong collection.

Oona Out of Order

I loved this! It’s such a great concept and it was executed so well. The book centers on a woman named Oona, who is living her life out of order. Her life proceeds chronologically, but she lives it out of order – so one year she’s 18, the next year she’s 49, the next she’s 25, and on and on. So it incorporated aspects of time travel (love) but in such an original way. It explores this really interesting question of how you would experience your life if you knew the future but couldn’t change it, and at the same time were able to go back to the past, but with knowledge from the future. I think this would appeal to fans of Eternal Sunshine, The Time-Travelers Wife, or 13 Going on 30. I also have to say, this was the book I wanted The Midnight Library to be (but it wasn’t). I got halfway through that book and DNF’d because it was just driving me nuts – he took this really interesting theme about regret and made everything SO simplistic and pat. Oona unfolded in ways that felt much more realistic and surprising- like life itself!

This was really good – deserving of the hype! It’s about a mom who thinks her daughter might be really messed up and evil. First of all, you might be thinking – I’ve already read this book and it’s called We Need to Talk About Kevin (incredible book) – and you’d be correct. The premise is pretty much the same and initially that did turn me off a bit, but the execution was so good that I got over it pretty quickly. And really, why can’t people write books with the same plot? It’s never going to be the same because no two writers will write it the same. But anyway. This book was so compelling (you will not be able to put it down), wonderfully written, and also pretty dark and disturbing. I think if you’re a mother you’ll also get a LOT out of this in a different way than I did. I will also say that similarly to the book The Mothers I talked about above, there were these little “side” chapters (flashbacks) which took me out of the story a bit and I could’ve just done without them. I get that they were necessary to show the motherhood experience that ran in the main character’s family and appeared to be repeating itself but I kind of wished she’d found a different way to work that in, because those parts just didn’t pull me in and I found myself eager to get back to the main story. Small quibble though. The chapters were short so everything moved really quickly, including those parts. Totally recommend this!

This was just ok. Everyone I’ve seen talk about it completely panned it and I didn’t think it was THAT bad but it definitely wasn’t great. It’s about four families in Cobble Hill and all of their trials and tribulations. It could be good for fans of Emma Straub, in that sense, but the cast of characters was very much not diverse and the themes really weren’t as rich. The cover however is MAGNIFICENT.

Omg, soooo good! So good. You have to read this one. I’m not sure how to categorize this because it’s not a thriller but it’s not straight literary fiction either. Kind of a mix – like dark, suspenseful fiction. It’s about a girl named Ivy – her family isn’t the most well-off, but she winds up going to a fancy prep school. She has a big crush on the most popular boy, has to move, and then reconnects with him after college while living in Boston (very simplistic overview here). The book twists several themes together skillfully – family dynamics and the experience of being a first-generation immigrant intertwine with issues of class and social climbing, all simmering around Ivy’s desperation to be someone who fits into this prep school, Nantucket world. In that sense I could really see it appealing to fans of Jessica Knoll’s Luckiest Girl Alive (which I loved). Ivy was a really interesting character and I thought the whole thing was like a really well-written character study but with a compelling plot as well.

How To Fail At Flirting  (audio on Libro.fm)

This was good! Super quick romance (I listened to it) that also touched on some serious themes of domestic violence and workplace intimidation. As a book I thought it was fine but as a romance I thought it wasn’t very good. Unlike books like Beach Read, The Unhoneymooners, The Roommate, and even The Hating Game (which I had various issues with) I just didn’t feel the heat between the main characters at all and I thought the banter was seriously cringe-worthy and even annoying (lots of dad jokes and then groaning over said dad jokes – ugh). But I may be alone in that! If you like a romance that also touches on more weighty themes I’d give it a try.