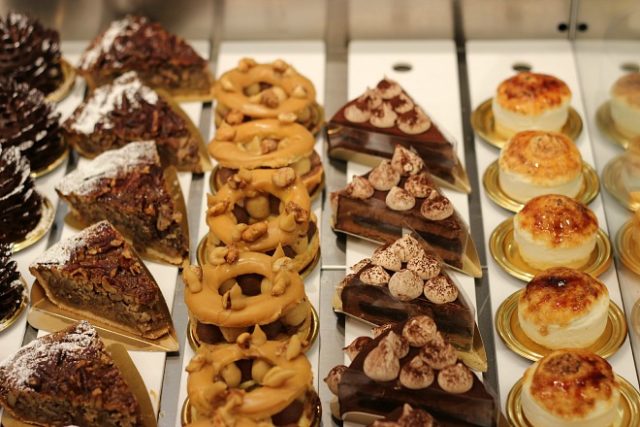 If you’re in New York City and find yourself in the mood for a sweet treat, there’s no place I can recommend more highly than Dominique Ansel Bakery at 189 Spring Street, in the heart of Soho. Here, you will find hand-crafted, imaginative pastries such as those you would get at a five-star restaurant-but for a fraction of the price. French pastry chef Dominique Ansel is the owner and head chef as well as creator of the famous Cronut, a trademarked croissant-doughnut hybrid that became a worldwide obsession seemingly overnight. I was lucky enough to meet Chef Ansel on one of my visits to the bakery (I was totally starstruck/horribly awkward, and he couldn’t have been nicer). He was incredibly gracious and humble, despite his amazing success – explaining that he never imagined his Cronut creation would explode into such a sensation. He and his staff went from making batches of 30-40 per day to making daily batches of 3 and 4 hundred, and the line still stretches down the block every day, starting at 5 AM. Chef Ansel and his staff are kind enough to bring hot chocolate and warm madeleines to those waiting, a perfect example of the chef’s commitment to making sure that his customers feel welcome even before they step in the door. This kind of customer service and kindness is part of what sets this lovely bakery apart-that and the incredibly delicious pastries! 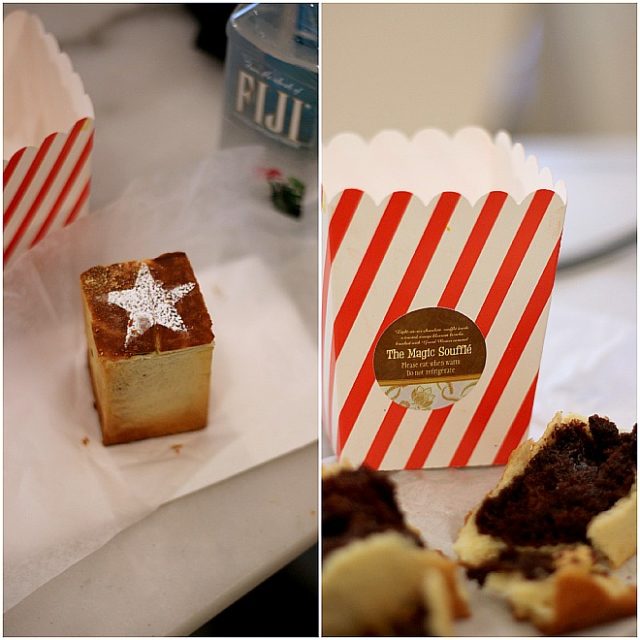 If you’re not feeling ambitious enough for the Cronut line, not to worry. There are plenty of other equally delightful and unique treats to satisfy your sweet tooth. Take a seat in the charming back garden and indulge in a Magic Souffle, a pillowy soft confection that is made to order. Chef Ansel is well-versed in the art of souffle-making, as this was an item frequently requested when he was the executive pastry chef for famed chef Daniel Boulud. Many told Chef Ansel that it would be impossible to serve a souffle in a bakery due to the fragile, time-sensitive nature of the dessert, which is prone to collapse minutes after being made. However, the chef found a way to craft a chocolate souffle inside a piece of orange blossom brioche that magically doesn’t collapse (until you rip it apart to devour it, as I did above 🙂 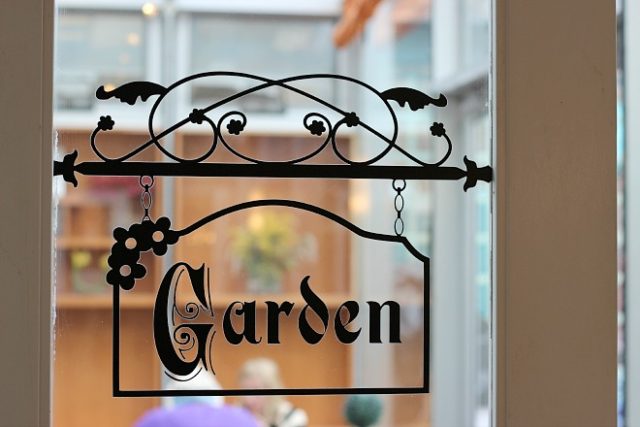 Or you can try a Frozen S’more, torched to order. The marshmallow is made with honey to give it a chewy texture, and inside is a delightful center of Tahitian vanilla ice cream. The marshmallow is torched until, as Chef Ansel described it, the outside has a crisp, creme-brulee like shell-then the whole thing is served on a little twig. The combination of flavors and textures is absolutely amazing and unlike anything else I’ve ever tasted. 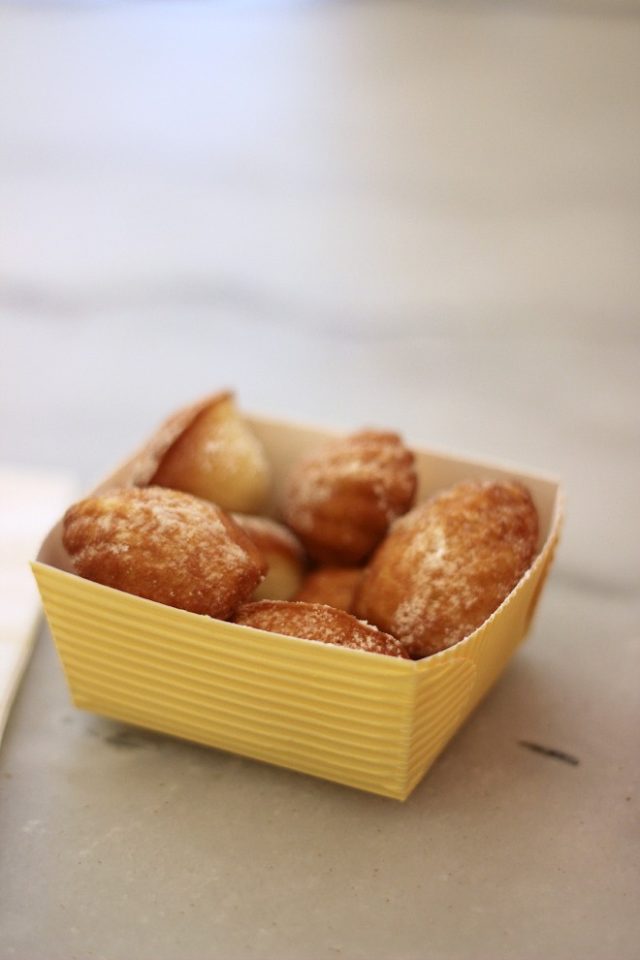 The Madeleines are INCREDIBLE – one of my favorite items. They pipe and bake each little batch to order, so when you get them they’re warm, and soft, with just the slightest crunch around the edges and a sweet little hint of lemon…they’re just so delicious and pillowy. 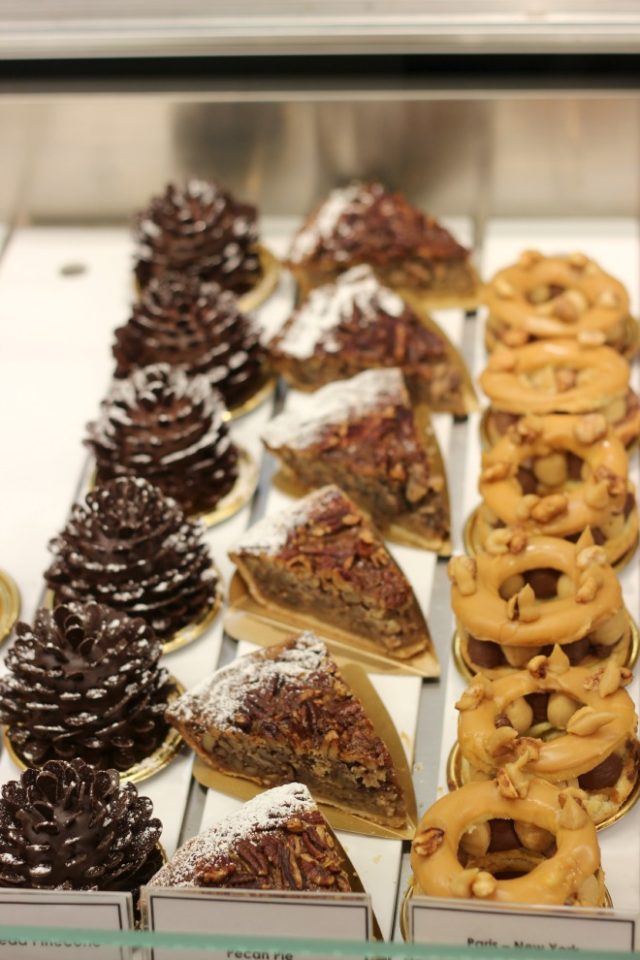 On that chocolate pinecone above, each little piece of chocolate is placed on individually, by hand. Now that’s some serious attention to detail! 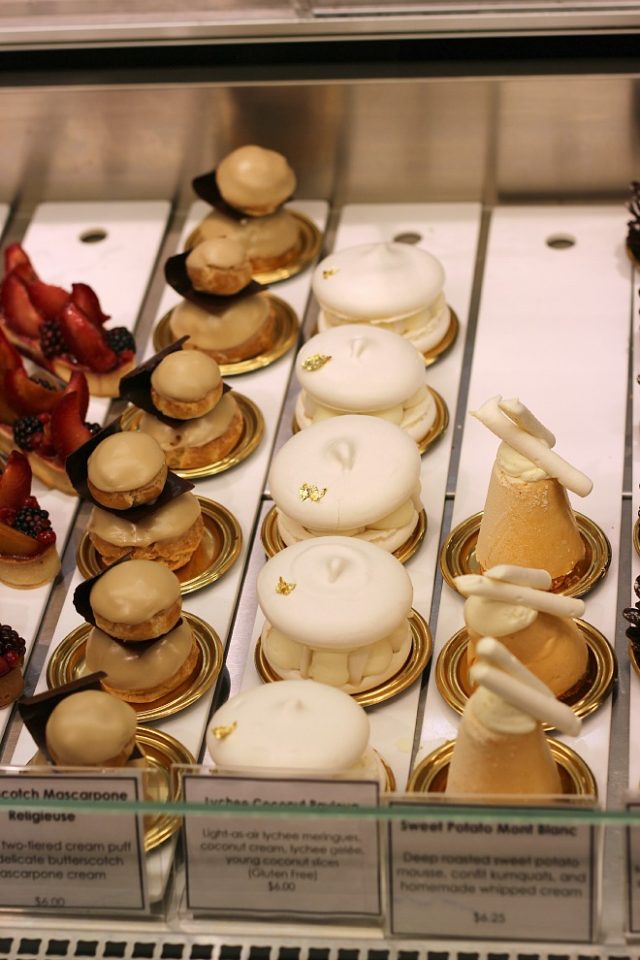 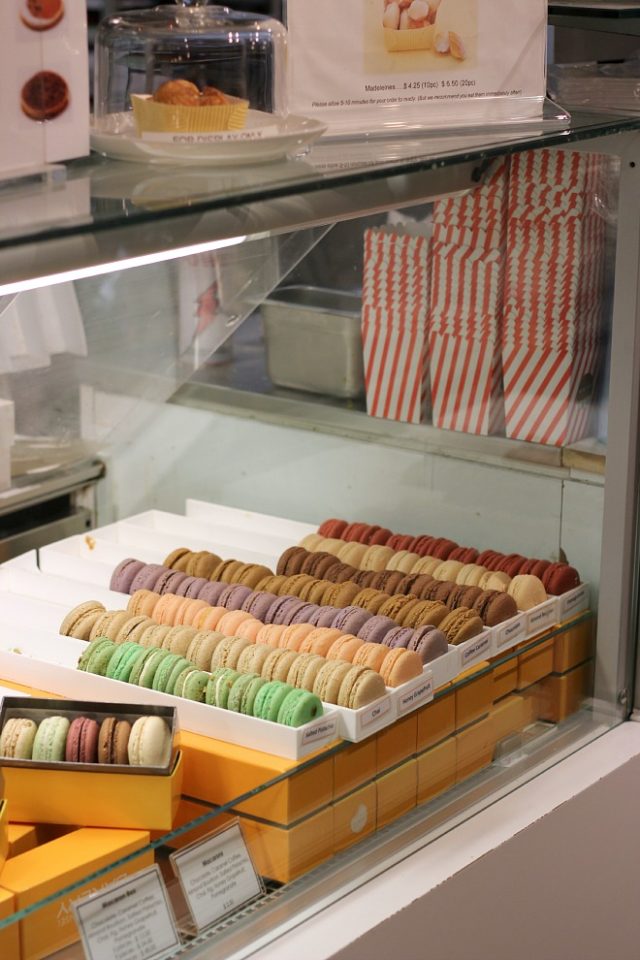 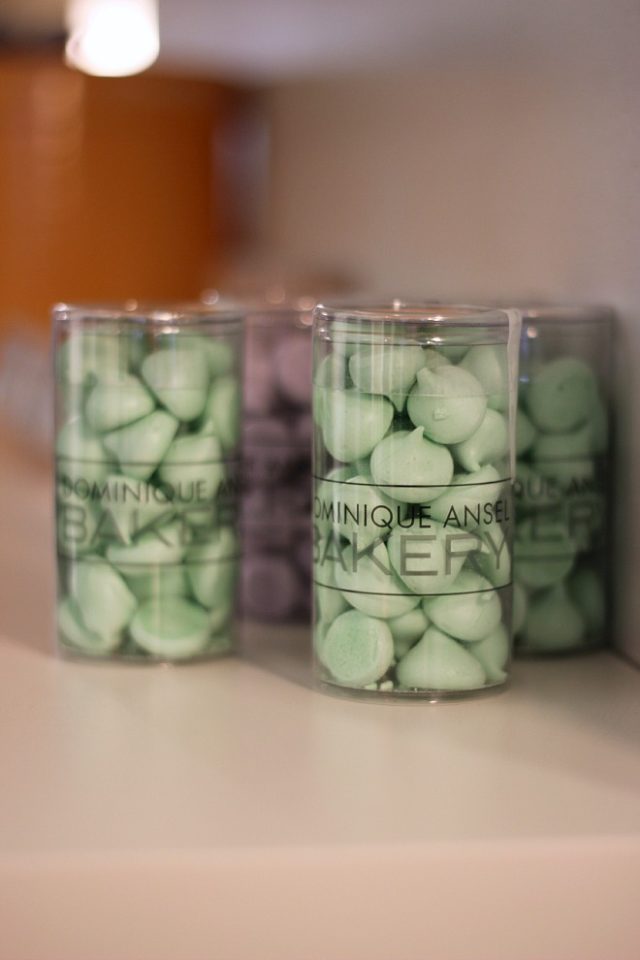 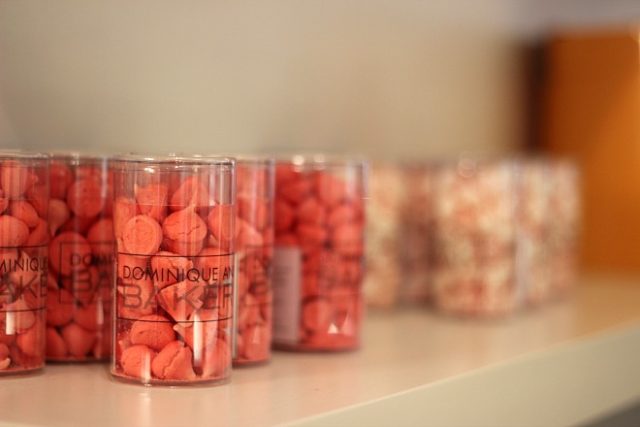 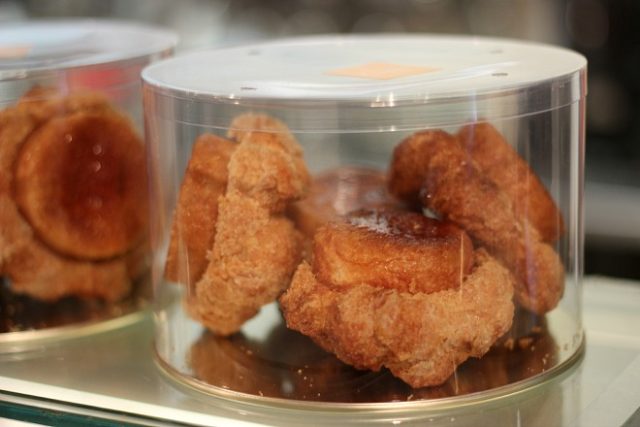 The DKA is my favorite of Chef Ansel’s creations, and actually the thing that led me to the bakery before the Cronut was even invented (I made my way there after reading about the DKA on Daily Candy). I sort of think of it as a predecessor to the Cronut…it’s a croissant type pastry, but all of the flaky layers are caramelized with sugar. It’s crunchy and sweet on the outside, but with a center so moist and tender that it borders on creamy…it’s amazing and I’ve never had anything like it anywhere else. 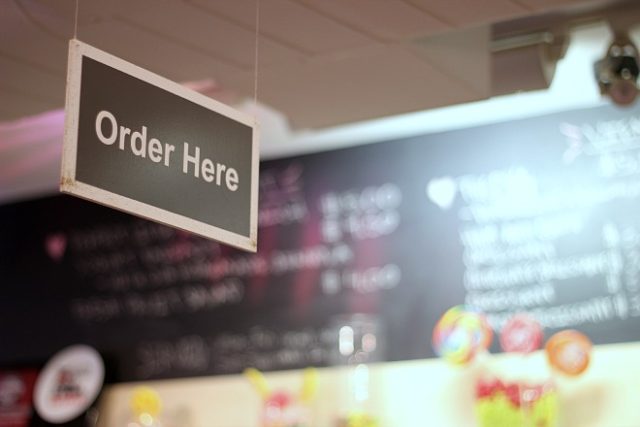 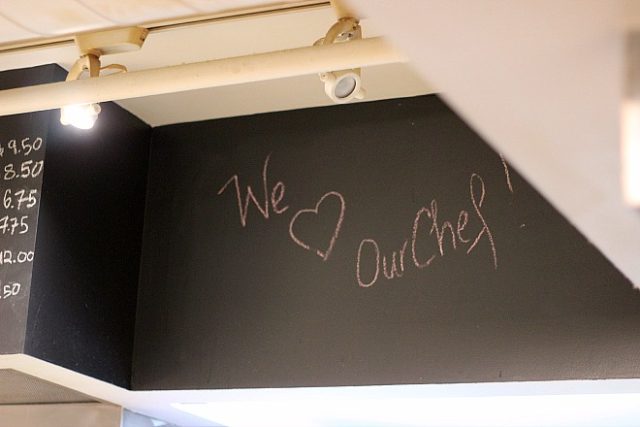 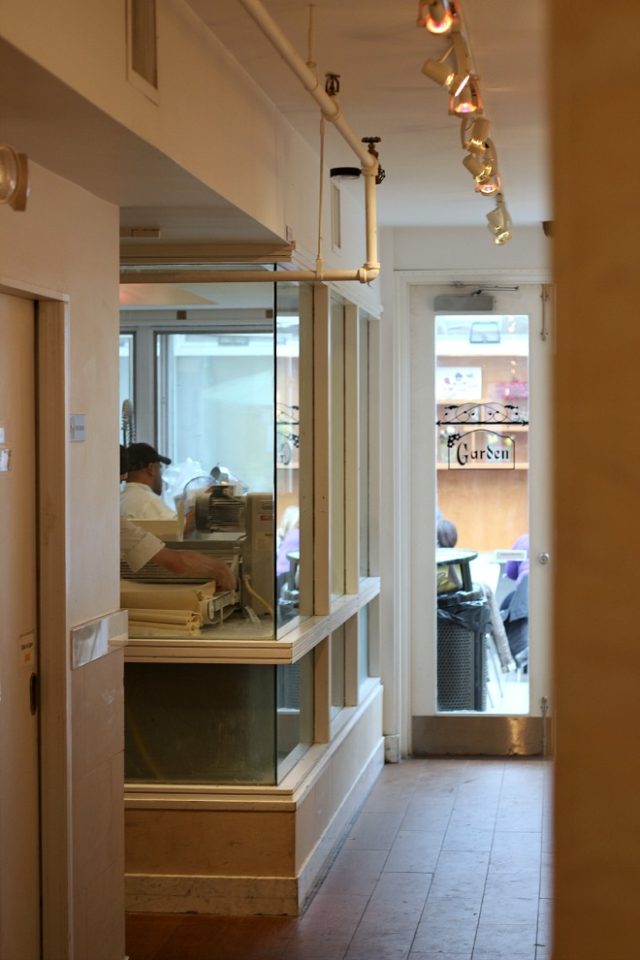 Given the large variety of items on offer and the intricate nature of all of the pastries, one would think that Chef Ansel had a huge space to work with. In fact, all of the confections are made in a tiny kitchen not much bigger than that of the average New York City apartment dweller, and there is only one refrigerator in the basement. Storage space isn’t necessary, as everything in this bakery is made from scratch and served fresh. Growing up in France, it was normal for Chef Ansel and his family to make trips to the bakery two and three times a day for fresh baked bread, so serving items hot out of the oven simply comes naturally to the talented chef. 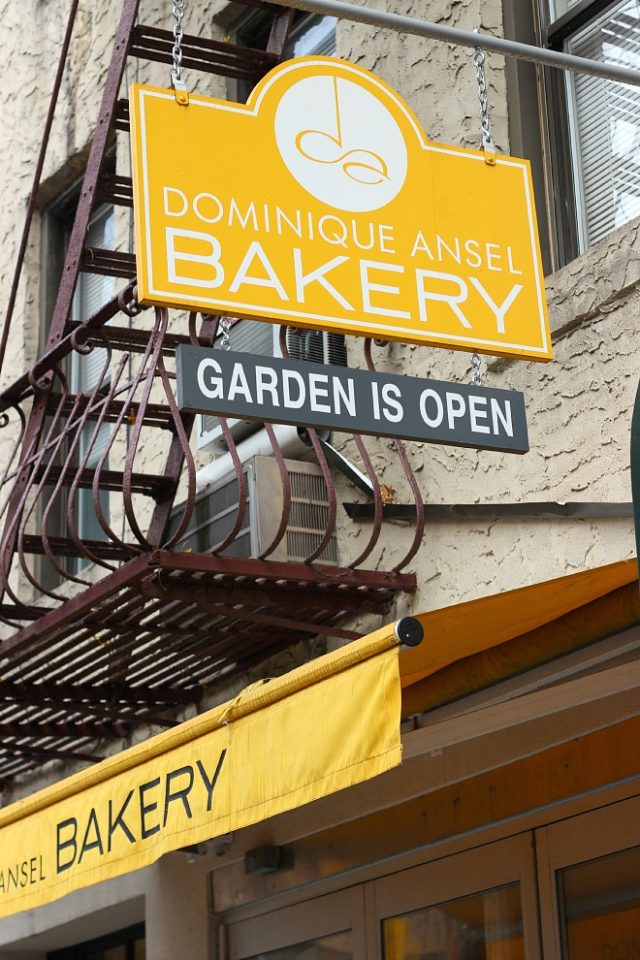 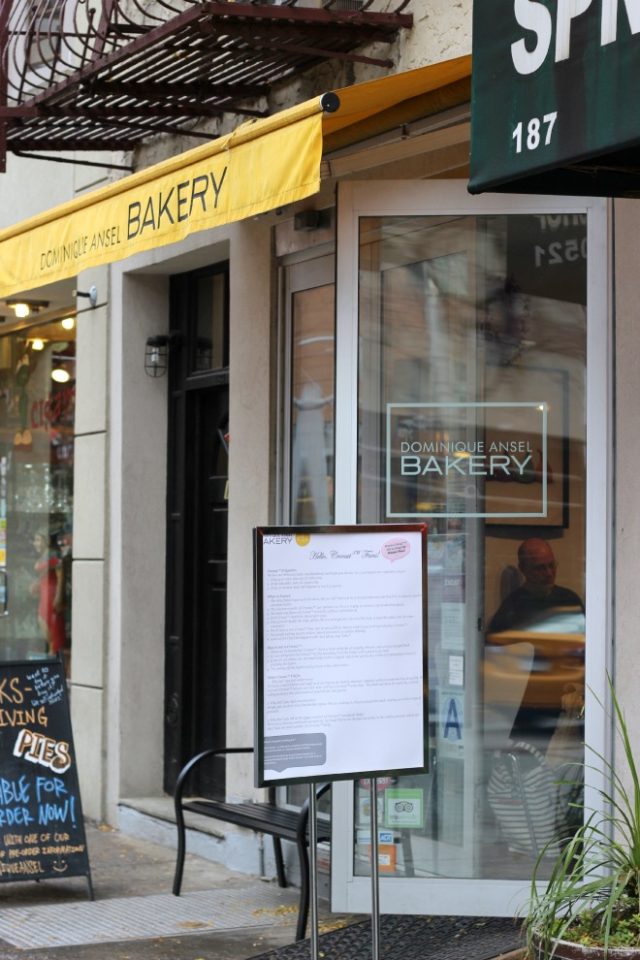 Chef Ansel never seems to take a break from innovating…recently he’s started a new craze with his milk and cookie shots (with organic, vanilla bean-infused milk – yum), and his newest creation is the Waffogato. I can’t wait to go back!

The only thing better than the wonderful desserts at Dominique Ansel Bakery is the friendliness and warmth of its owner and staff. If you’re looking for a bakery that is not only truly unique, but also exemplary of the level of quality and caliber of creativity that one should expect from a New York City eatery, then this is your place!