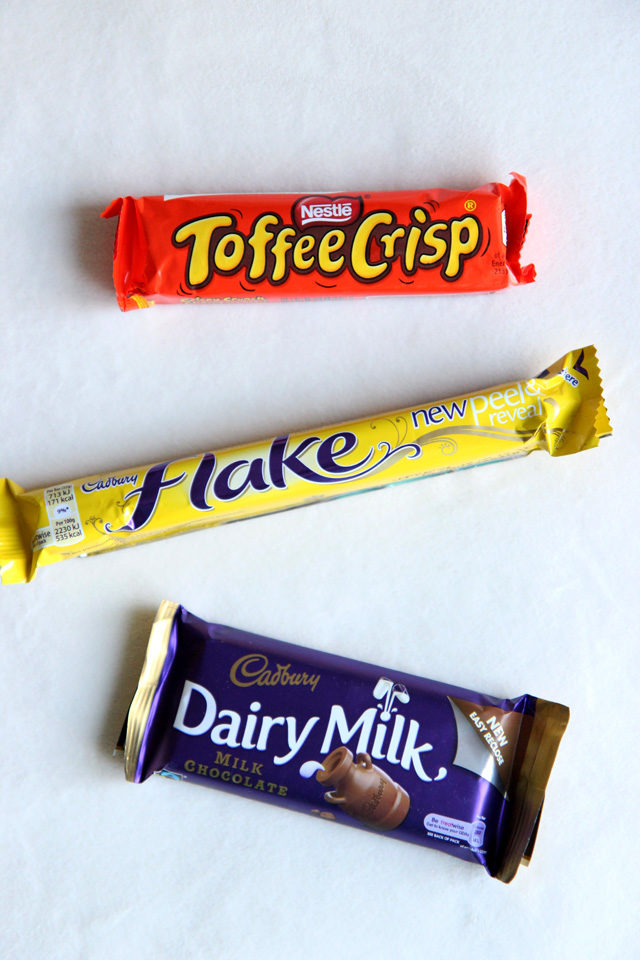 Were you guys aware that British chocolate bars are different from the ones we eat in the US? Different candy bars, yes, but even the ones that are ostensibly the same (like Cadbury milk chocolate bars) are made using different formulations and different ingredients. I only vaguely knew any of this, but as I was perusing the NY Times Dining section a little while back I came across this interesting article about how the Hershey’s corporation has taken action to block the import of British chocolate bars into the United States (a previously routine practice). They had various reasons, some having to do with the similar packaging and names potentially confusing consumers who, for example, might not be able to discern the difference between a Yorkie bar and a York Peppermint Patty, since they both have the word “York” in them (insert “really?” face).

On a personal level, I find this news a bit disappointing as I only recently discovered the delicious wonder that is British chocolate, and now I can’t get it anymore (probably a good thing for my waistline, but whatever). Expats from the UK have long been relying on places like Tea and Sympathy to provide them with their chocolate fix from across the pond, because, as many quoted in the article said, American chocolate = gross, British chocolate = yummy. After sampling such British treats as Flake bars (yum), and Toffee Crisp (double yum), I can see where they’re coming from.

On a larger level, I find it a bit unreasonable that Hershey’s is blocking people from eating something based on what, personally, I think are rather silly reasons (Hershey’s doesn’t think that consumers are savvy enough to tell the difference between a Reese’s and a Toffee Crisp since both packages are orange with yellow writing. My take on that: presumably, most consumers know how to read). Having never been a fan of Hershey’s or American Cadbury chocolate anyway, I can understand why there’s a large faction of people who are upset about this new development… especially those who depend upon selling British chocolate for a large fraction of their income (such as the proprietress at Tea and Sympathy, who had some rather, shall we say, strong opinions about the situation).

As you can see, I stocked up on some candy bars at Carry On Tea and Sympathy (I mean, I had to, as research for this post ;). Stores are allowed to sell off their current inventory in the US, but not import any more, so if you want these chocolate bars, you better hurry up! For anyone who’s interested, I also happened upon a website called Jolly Goods that will ship British chocolate all over the world. So if you happen to fall in love with Flake bars or Toffee Crisps, and a trip across the pond doesn’t lie in your near future, you can always resort to the good old Internet! Might make a fun gift for a chocolate lover as well. 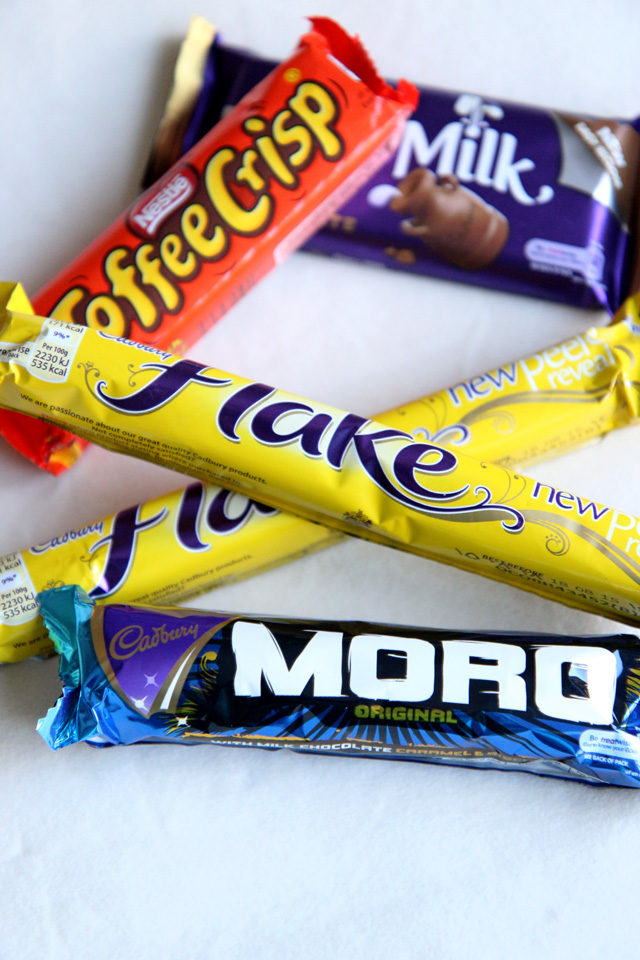 Any opinions on the whole British vs. American chocolate debate? What do you guys think of the Hershey’s corporation’s actions? Voice your opinion in the comments!