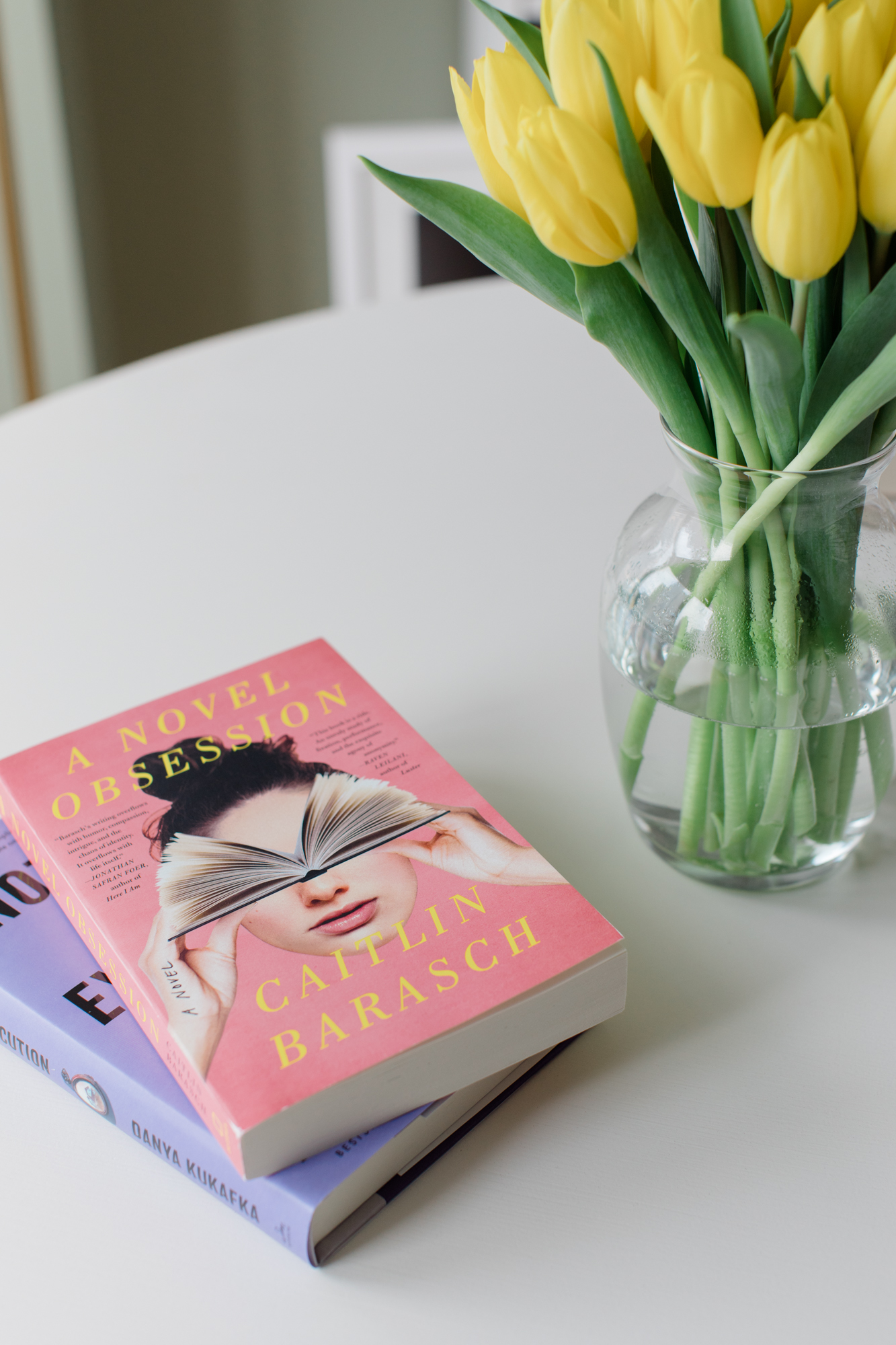 This was a pretty good month of reading! Two books I loved and three I really liked in different ways.

Notes on an Execution: I liked this a lot, but I had some qualms with it and didn’t LOVE it like so many people on Bookstagram seemed to. It has a very interesting premise – the story of a serial killer, but told through the stories of three important women in his life – his mother, his sister-in-law, and the detective who catches him. It’s literary suspense more than it is a thriller (thank god, honestly – kind of over everything being a thriller), and very beautifully written. For me, it was TOO beautifully written, which sounds dumb to say, but I felt it was a little over-written, for my taste, personally. This is just me! I’m sure many would disagree, and she is certainly an amazing writer. For me, I just found the writing so flowery that it was continually taking me out of the flow of the story…part of why this took me such a long time to get through. I liked the structure of it but I found the writing a bit exhausting. There were some beautiful lines though, and it was a memorable book.

A Novel Obsession: Loved, loved, loved. This was such a fun one to read – I flew through it and could not put it down. Which was a very welcome change after Notes on an Execution. This is about a 29 year old bookseller in NYC, Naomi, who is also a struggling writer. She becomes obsessed with her new boyfriend’s ex, striking up a wildly ill-advised friendship with her that she hopes to use as fodder for a novel. It sounds like a crazy thing to do, right? It’s like the whole time you’re reading, the unfolding situation is just such a train wreck, and you’ve got your hands over your face because it’s like oh my godddd why are you doing this?!…but you can’t help peeking through your fingers to watch the whole thing implode. But what took this book up a notch for me was the depth that the author brought. We get insights into Naomi that help you begin to understand why she is the way she is and why she’s acting so unhinged. I thought there was a lot of substance to this novel, in addition to a plot that moved along at a brisk clip. I loved the beginning especially- the way the author jumps right in and gets you interested from the very first line. I don’t know why, but I think this would appeal to people who liked My Year of Rest and Relaxation (I guess, girl in NYC acting a bit nuts?). I loved both, of course! I’m really excited to see what this author writes next. And the cover and title are both just so good as well!

Skeleton Crew: I really enjoyed this short story collection from Stephen King, even though it was totally uneven. Many of these were short stories that were published previously in magazines back in the 80’s (the book was published in 1985). The first story is The Mist, which is probably the most well-known. It’s more of a novella, really, and has been turned into a movie or TV movie (remember the days before streaming when “TV movies” were a thing? Lol I’m old). Anyway it was good but not my favorite of the bunch. My favorites were The Raft (liked it a lot, reminded me a little of The Ruins) and Word Processor of the Gods (very Twilight Zone). The Jaunt is one that people seem pretty obsessed about. I liked it but it reminded me so much of one particular Black Mirror ep that I think it didn’t have quite the impact it would have had I not seen that (though of course, here’s Stephen King doing it first…like twenty years ago!). Some of these are just totally weird or made no sense to me, and others were good. One was seriously the most disgusting thing I’ve maybe ever read and I’m still totally creeped out/disgusted by it – well done, SK! Even though it was very uneven, the thing is, I walked away from this collection wanting to talk about all the stories…so to me, that really says something. He’s just a master of his craft.

Funny You Should Ask: LOVED this! I’m not typically into stories about Hollywood, but this got such rave reviews from various bookstagrammers whose taste I trust that I requested a copy from Netgalley. So glad I got it because oh my god. Just so fun and such a great romance! The book follows a journalist named Chani who, 10 years ago, did a big profile on a huge Hollywood heartthrob. It launches both of their careers to new heights, and gossip abounds as everyone who reads the interview wonders what really happened that weekend between the two of them. Ten years later, with both of their careers foundering, they reunite for a follow-up profile…and we get to find out exactly what really happened on that infamous weekend. The book alternates between that weekend ten years ago and present day, and the structure was just perfect for keeping the pages turning. I loved the setup of a writer doing a big interview with this hugely popular celeb. It’s the kind of scenario that does happen a lot, and it was just kind of fun to see it unfold. The dynamic and chemistry between the two was fantastic, and I felt like I really got to know both characters. I’m pretty hit or miss with rom-coms, but I have a running list of ones that I love, and this is high on that list! I’m definitely going to need to get a copy for my bookshelves because this is a keeper.

The Book of Cold Cases: This was a good, fast-paced mystery that kept me engaged and kept me guessing! The book follows Shea Collins, a true crime blogger who gets the chance to interview the infamous Beth Greer, who was accused of murdering two men in cold blood in the 1970s. Like all of Simone St. James’s books, this one has a bit of a supernatural element that adds a touch of creepiness and atmosphere to the mix. I would say that compared to her previous two books, this one was the least creepy and the least supernatural-focused, which for some people might be a plus! I like this author – I think her mysteries are well-plotted, they’re always a little creepy, and they’re unique within the genre, to me. Both Shea and Beth had mysterious back stories and things to hide, and I found myself racing through this to see how it would all resolve in the end. Definitely recommend for anyone who likes true crime, an atmospheric read, or just a good page-turning mystery!