Recently there was a whole hubbub at House Beautiful – you may have heard about it, but if not: in a nutshell, they basically let go of the bulk of the editorial staff and replaced them with the people who had been handling the digital side. It was pretty controversial because the people handling digital had also been handling the social media (ie, House Beautiful’s Instagram), and the Instagram had shifted a LOT in the few months before.

Instead of images of beautiful interiors, the HB Instagram made a radical shift to “funny” videos, memes, and other things that were just obviously geared toward a millennial audience, while still being marginally related to design (this being a good example). The captions changed a lot – rather than the “we” you usually get from a brand, it changed to an “I”, so it seemed like it was a person talking to you (a young person). The tone was kind of similar to Betches and those other meme accounts. There was quite the uproar in the Instagram comments – people asking if the account had been hacked, if it was being handled by a summer intern, what happened to the beautiful pictures of interiors, etc. It even led to the birth of a new Instagram account called The Old House Beautiful, which posts photos from previous spreads in the magazines (what many would argue we all wish the regular HB Instagram would post!), and also just talks a LOT about the shift in the direction of the magazine and the shakeup with the editorial staff. (Funnily enough, probably partly due to the backlash, the actual HB Instagram has actually shifted a lot more back towards beautiful interiors in the last few months, which is encouraging!)

It’s been interesting to watch and it got me thinking – what do we want want when it comes to design magazines? Clearly brands like House Beautiful seem to feel that they need to target a millennial audience in order to stay relevant and (more importantly to them), keep advertisers coming, but the vast majority of millennials can’t afford an interior designer. We have to decorate our own homes, and often on a budget. But does that mean that we don’t want to see high-end design? Do we want HGTV-type DIY, or do we want high-end design to serve as inspiration? Do we want attainable or aspirational? Do we want memes and viral videos from a design magazine’s social media, or do we want inspiring interiors? 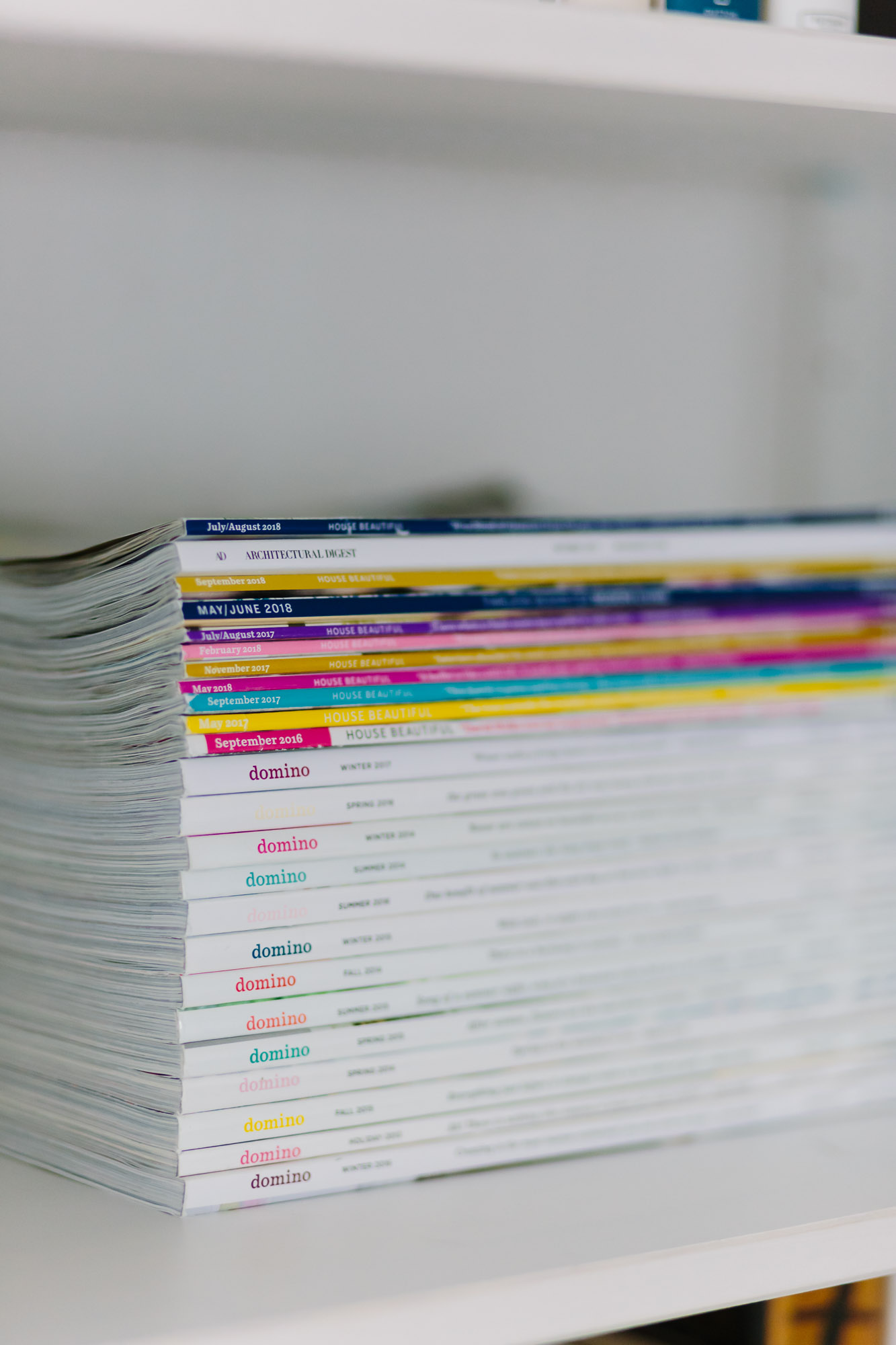 It kind of makes me think of the old domino and the old Lonny mag, when Michelle Adams was at the helm. Every time I see an image from those publications it STILL feels fresh. There were real people featured in those magazines – real stylish people who had decorated their own homes, in addition to homes that had been done by designers. It was a wonderful mix. Because as much as I LOVE seeing homes done by a designer, it can get a little discouraging to see all of those pieces of custom furniture, and to-the-trade fabrics, and expensive pieces of original art. To be honest, it can feel a little elitist…like interior design is only for rich people.

I want a magazine (even an online one) that features real people, NOT celebrities…but real people with great taste. I feel like, again, that was something that the old domino and Lonny excelled at. They found people with great taste who weren’t necessarily celebrities – they were featuring them for their great taste, NOT just because they were famous. Lately I feel like magazines are definitely reversing the two and it’s not great. If I can go off on a rant for a second, I AM SO SICK of seeing celebrity homes! Just because someone is famous does not mean that their home is interesting or interestingly decorated. Every home magazine and especially every home website now prominently features celebrity homes, and it’s so uninteresting to me.

I feel like in the old domino and Lonny too, you could get ideas that were able to be translated into an actual millennial’s space (ie, on a typical millennial’s budget…ie, not a rich person). How about THAT as a way to appeal to a younger generation, rather than memes about design? I’m not sure that that’s something we get from House Beautiful, but it’s certainly something I would love to see! At the same time, I don’t want it to be HGTV, ya know – I want it to be a higher taste level than that. I don’t think there is a publication out there currently that captures what the old domino and the Michelle Adams Lonny had, and to me that’s a hole in the market begging to be filled. We want to see great design! Maybe we just want it to be slightly more relatable, is all. For the record, despite the questionable social media, I still really like House Beautiful! I just think they’re trying to target a millennial audience through their Instagram and there could be a better way to do it, through the print mag.

Anyway, if this interests you you should definitely listen to this interview where Dennis Scully of Business of Home talks to the new HB editor-in-chief Joanna Saltz about her vision for the magazine. He doesn’t shy away from talking about the backlash to their social media and it was really interesting to listen to hear her perspective. It will be interesting to see where the magazine, and shelter mags in general, go from here.