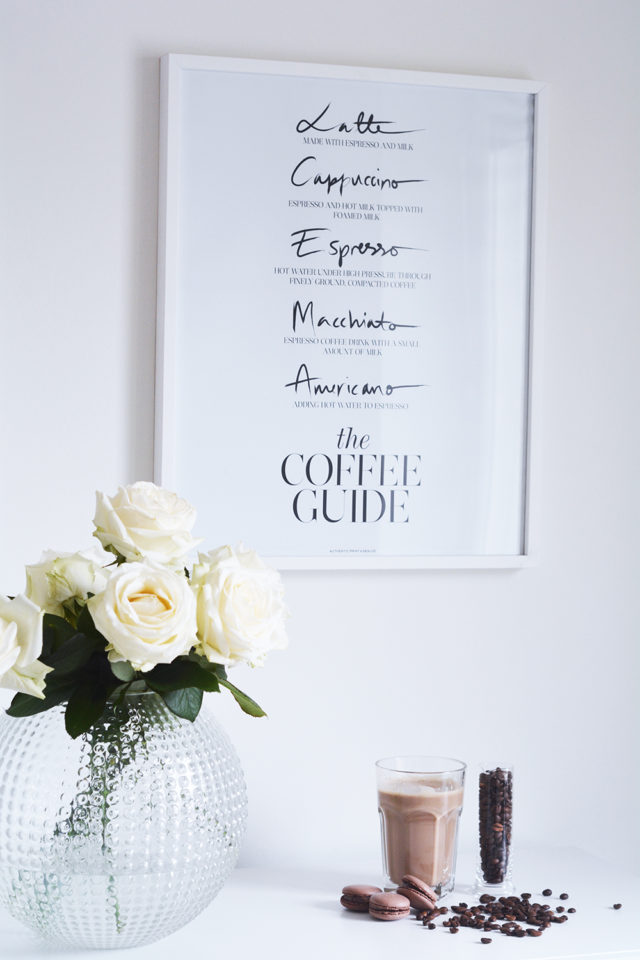 I spotted this Coffee Guide print on Instagram the other day and thought it was so cute! Wouldn’t that be fun in a kitchen? It’s got a simple, chic look to it (I love the handwriting-esque font)…and it’s surprisingly useful too! As much as I’m a complete coffee addict, I’m still shamefully forgetful when it comes to the difference between all of the drinks they have listed. It’s sold through a Swedish website (but they ship worldwide), and I think it has that simple, Scandinavian-chic look going for it. 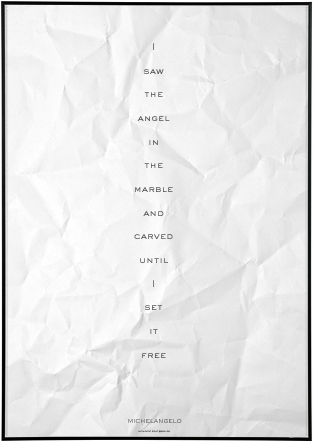 Perusing the site, I also found this print and thought it was quite interesting. It’s a quote from Michelangelo, and it says “I saw the angel in the marble and carved until I set it free.” Usually I’m not much for quotes on prints, but that really struck me – I think it’s such a beautiful thought on art, and I found it kind of affecting. I also love the way the print looks like wrinkled paper…it’s an interesting touch that I’ve not seen before. It’s also available in black.