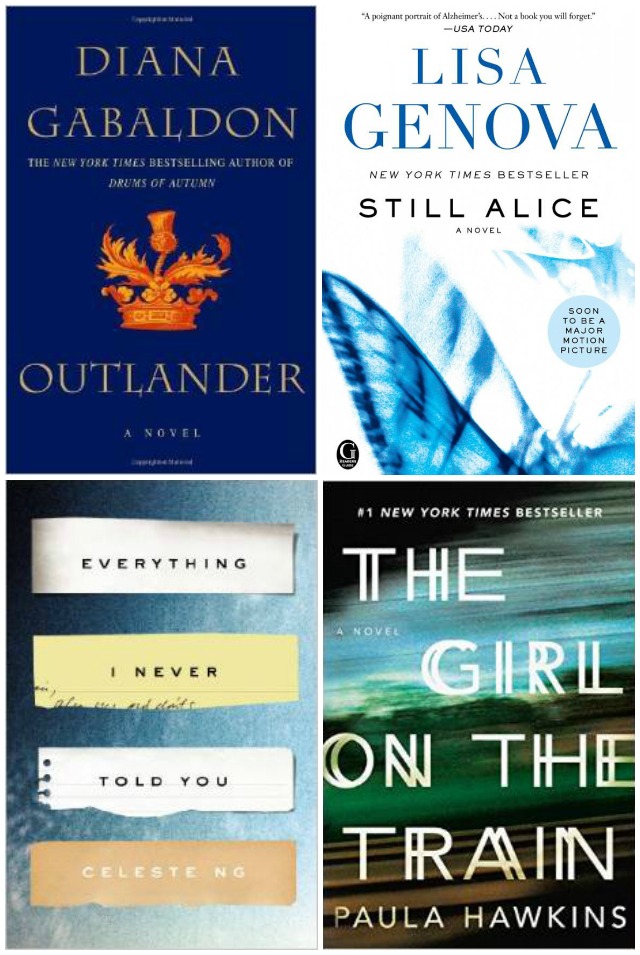 I really, really enjoyed Outlander. It was wonderfully written, adventurous, exciting, romantic…it really had everything. I also just loved the character of Claire. She was a sassy, bold, won’t-put-up-with-any-BS kind of woman, but still feminine and vulnerable…plus she was rather wry and funny. The love story aspect of the novel really worked for me too, and I found the way Gabaldon crafted it to be very impressive.

You see, sometimes I feel like when you read what’s supposed to be an epic love story, the author just doesn’t back it up. I read something recently and it was like, the characters went from not really knowing or liking each other to suddenly, and rather abruptly, being in love. Instantly their love was all-consuming, overwhelming, trumped anything and everything else, and they were ready to die for each other. I kind of felt like, um, when did that happen? Did I miss a few pages? Not to get on a high horse, but good writing shows, rather than tells. Outlander is that sort of epic love story, where the two characters fall into a great love, but the good thing about it was that the author shows them falling in love. You “hear” their conversations, you experience their flirtation and their banter, you see them gradually grow closer. You can understand them falling in love, because you sort of experience it with them. It’s not just they meet, some stuff happens, and suddenly, they’re devoted to each other, it’s just chemical, there’s no explanation. I want to see it happen, not just have it told to me like it’s an irrefutable fact. Gabaldon’s writing and the way she crafted their love story made it feel deeper and more real.

Anyway, I listened to Outlander on audiobook and enjoyed it so much! The reader was excellent and it was great because I would have had no idea how to pronounce the Scottish words in this book (of which there were many!).

Still Alice: I enjoyed this book a lot. It’s well-written, interesting, and just really engrossing. The book centers on a Harvard professor who develops early-onset Alzheimer’s disease, and Julianne Moore just won the Oscar for playing the title character in the movie adaptation (which was what brought the book to my attention). Yes, it was a downer, but it was also really honest, raw, and emotional. It felt very real, with characters that were human (i.e.,  flawed) which I really appreciated.

Everything I Never Told You, by Celeste Ng

Everything I Never Told You is a novel about an American woman and a Chinese-American man, their family, and the challenges they face. It’s set mainly in the 1970s and explores the difficulties of interracial marriage, being different, fitting in (or not), and the dynamics between parents and children, husbands and wives, and siblings. It broached the idea that you can live with your family, and see them on an everyday basis, yet really have no idea what’s going on in their lives or their minds. It was kind of sad in a lot of ways. Overall, this book wasn’t my favorite in the world, but I liked it.

The Girl on the Train, by Paula Hawkins

This book seemed to be everywhere it first came out, and I was curious to see if it would live up to the hype. Verdict: I definitely enjoyed it. It was a suspenseful, well-written page turner, it kept me guessing, and it was somewhat believable. Overall, a quick, easy, and fun read. The big refrain is that “it’s the next Gone Girl!” but I have to say, it didn’t remind me of Gone Girl half as much as it reminded me of Before I Go To Sleep. It was fun and I definitely recommend it if you’re looking for a can’t-put-it-down, entertaining thriller.

PS – I did a guest post on Jess’s blog yesterday for her “Tourist in Your Hometown” series – check it out here!