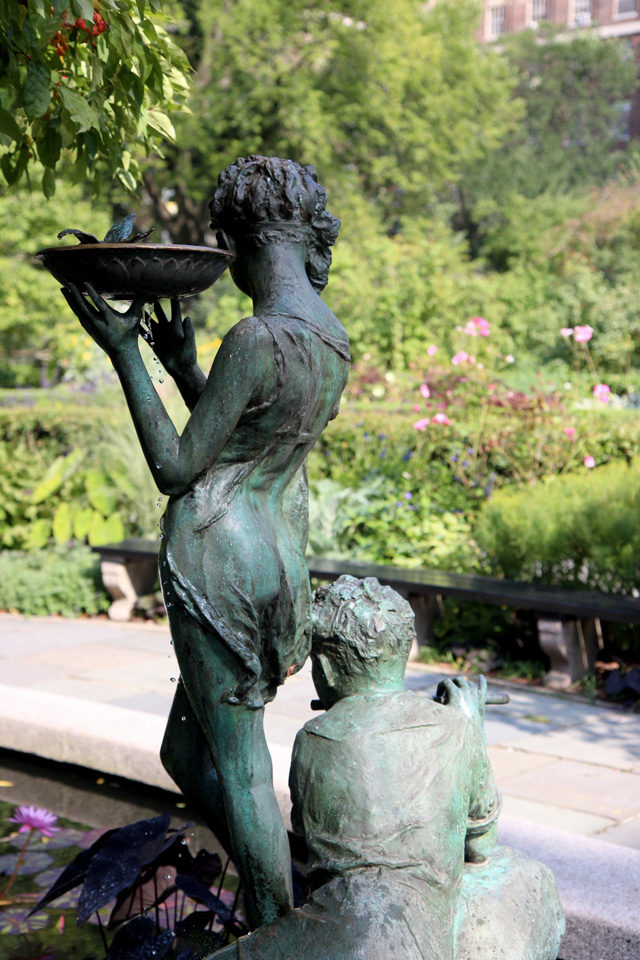 The Conservatory Garden is one of my favorite parts of Central Park. It’s pretty far uptown, which makes it one of the quietest and least populated parts of the Park (in my experience). It’s made up of three distinct formal gardens: one in the Italian style, one in the French style, and one in the English style. It’s obviously gorgeous in spring when everything is blooming, but it seems to be designed in such a way that no matter what time of year you go, you’re bound to see something beautiful. Check out all of my photographs from my most recent visit, after the jump. 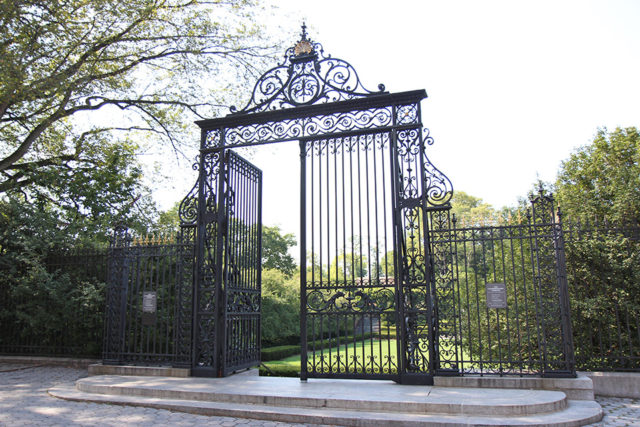 This is the wrought-iron Vanderbilt gate that marks the entrance to the Gardens on Fifth Avenue, between 104th and 105th streets. The gate was built in Paris in 1894 to stand in front of the Vanderbilt family’s Fifth Avenue mansion, during the height of the Gilded Age in Manhattan. It was eventually given to the city by Gertrude Vanderbilt Whitney, a socialite and artist who was born into the Vanderbilt family, married into the wealthy Whitney family, and eventually founded the Whitney Museum on Madison Avenue. 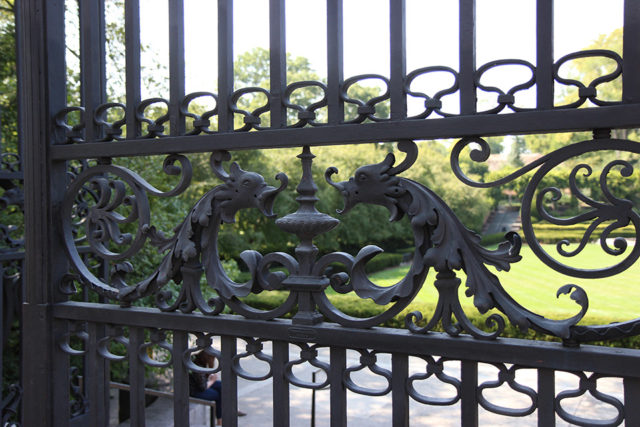 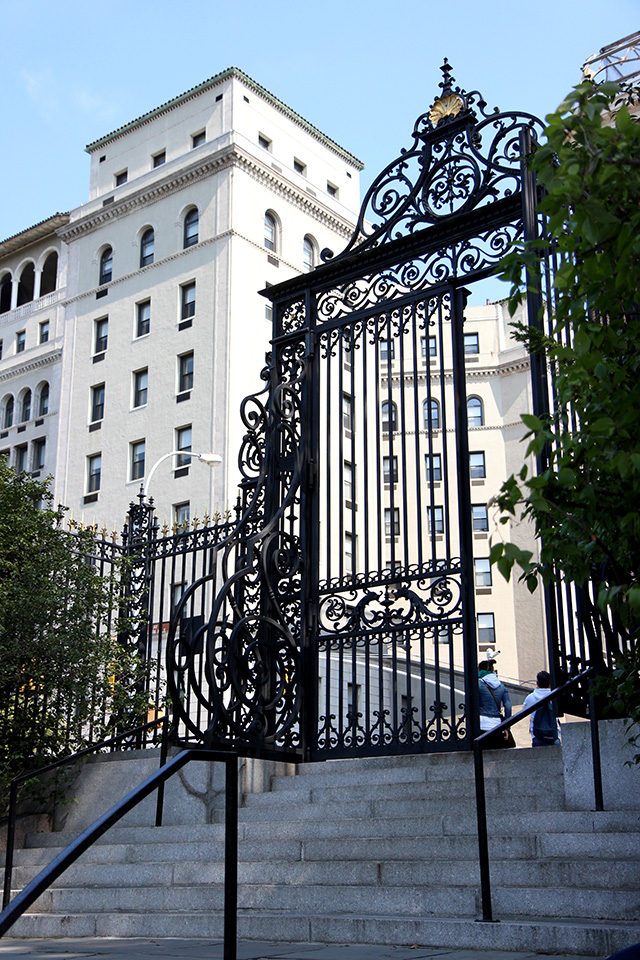 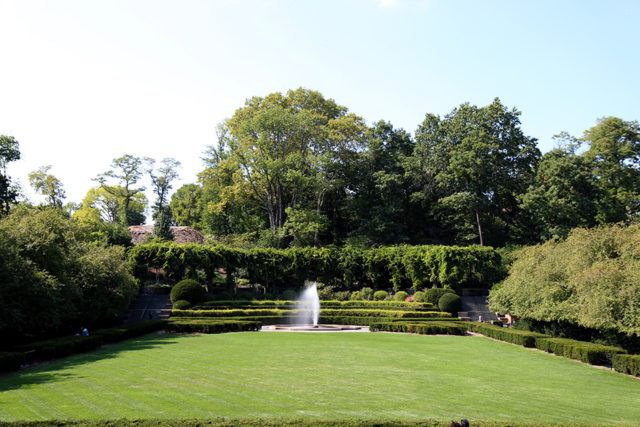 The Italian garden is in the middle of the Conservatory Garden, straight through the Vanderbilt gate. The rows of crabapple trees on either side of the lawn bloom white and pink in the springtime, and create a placid canopy over rows of benches. The jet fountain shoots 12 feet high in front of the wisteria pergola, which also blooms in spring. 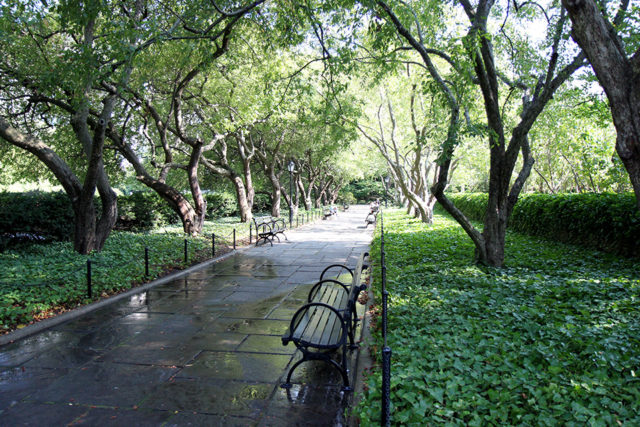 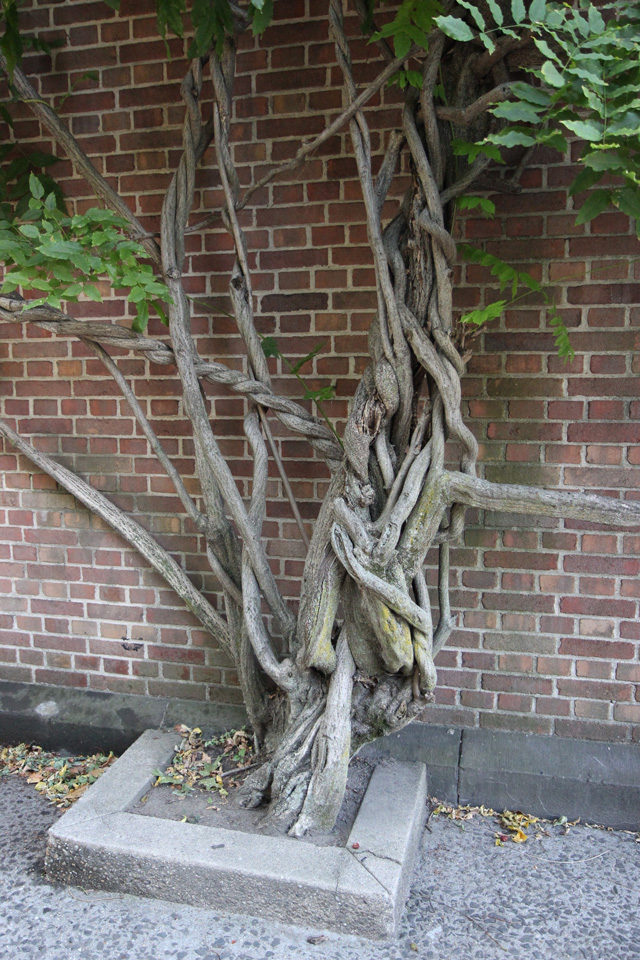 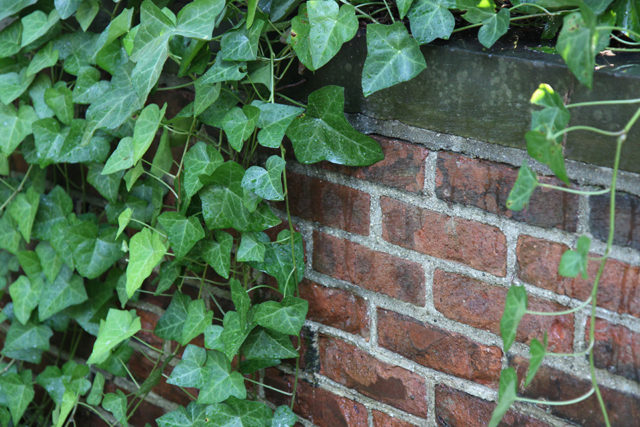 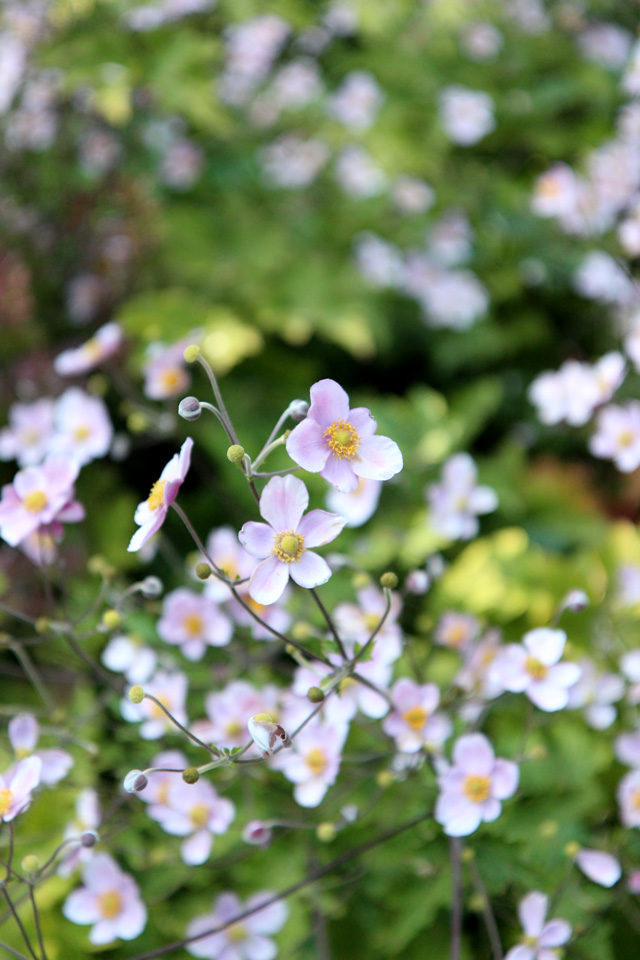 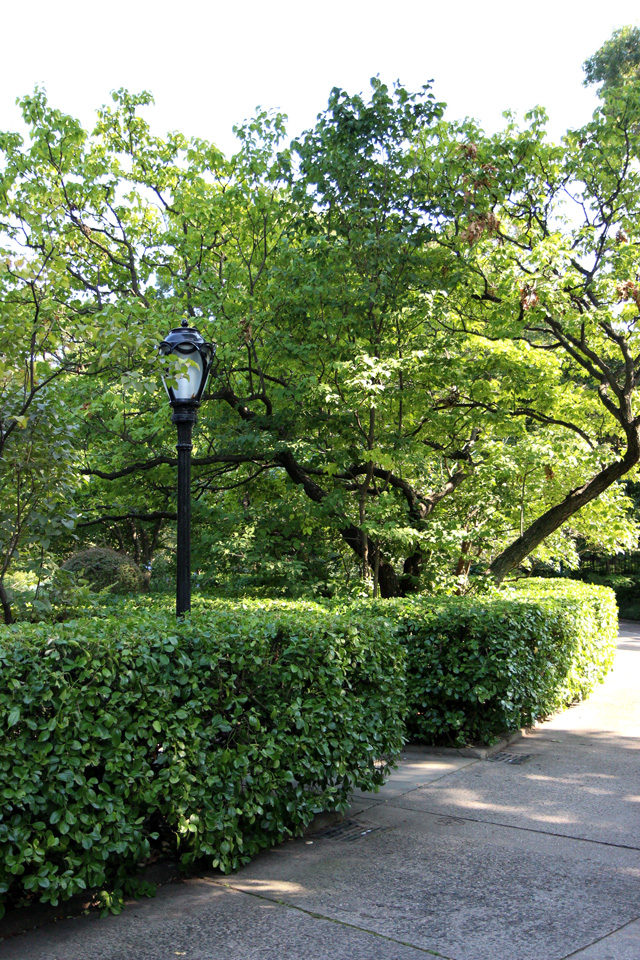 The path to the English garden…. 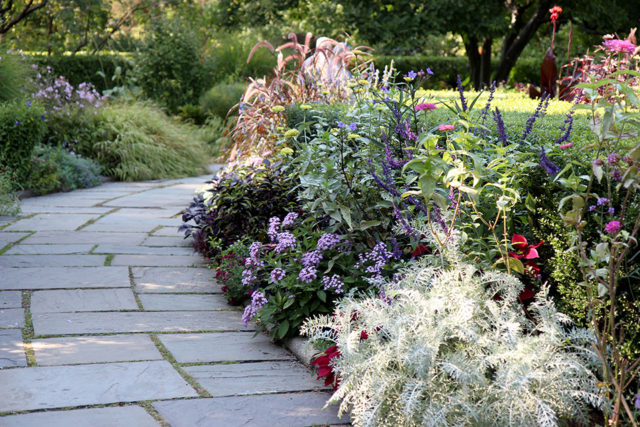 In contrast to the neat and orderly Italian garden, the English garden is eclectic, colorful, and wild. What at first glance seems like a random assortment of flora and fauna is actually, upon closer inspection, a carefully executed layout which takes into consideration a myriad of plant factors: the shapes of the leaves and flowers, their sizes, colors, bloom schedules – even the birds and insects that they draw. To my untrained eye it all looked random, but walking through with someone who actually knows about horticulture (my mom) made me understand the care and consideration that went into choosing each individual plant and its placement in relation to all the others. In a way it’s like a giant puzzle or artist’s canvas. 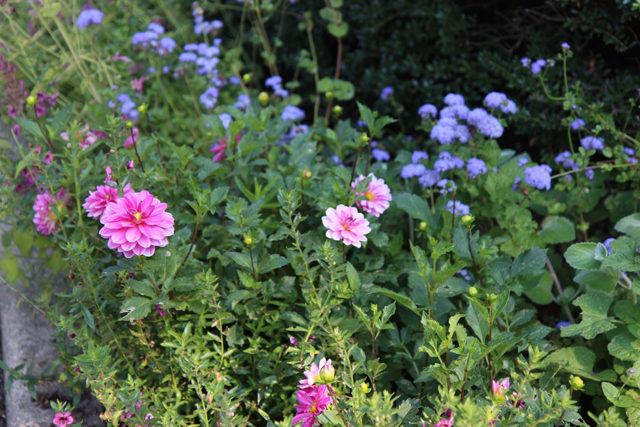 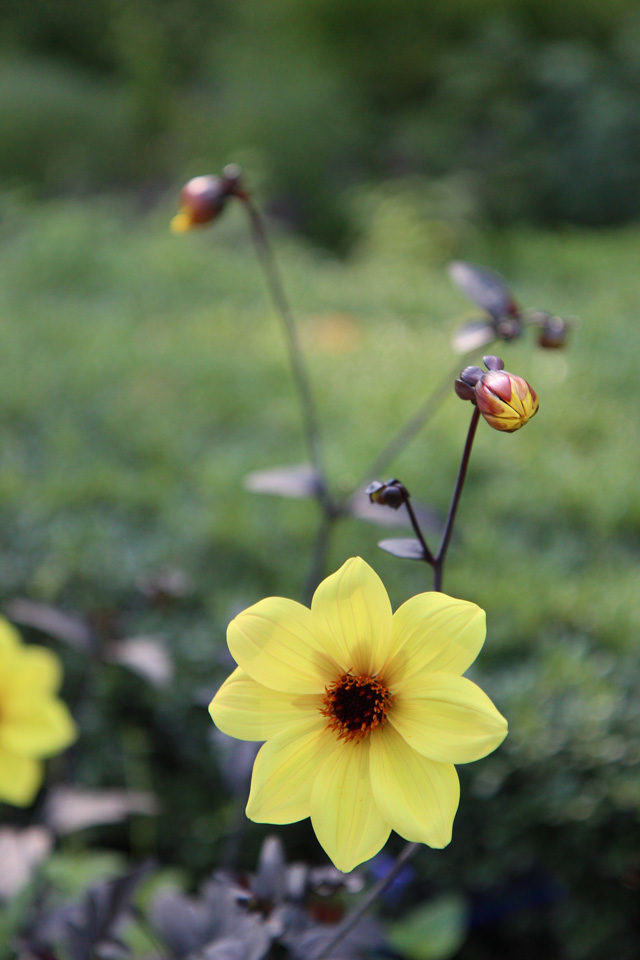 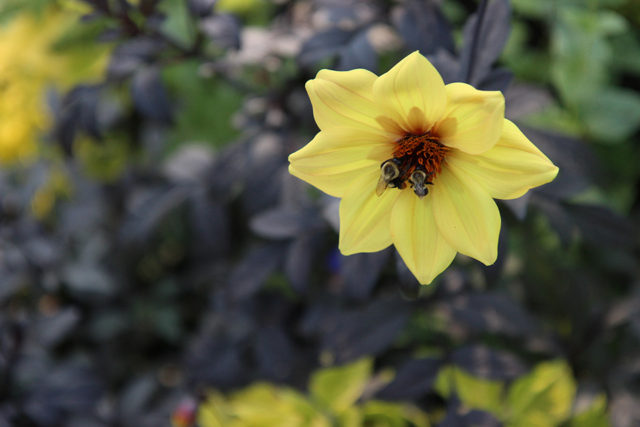 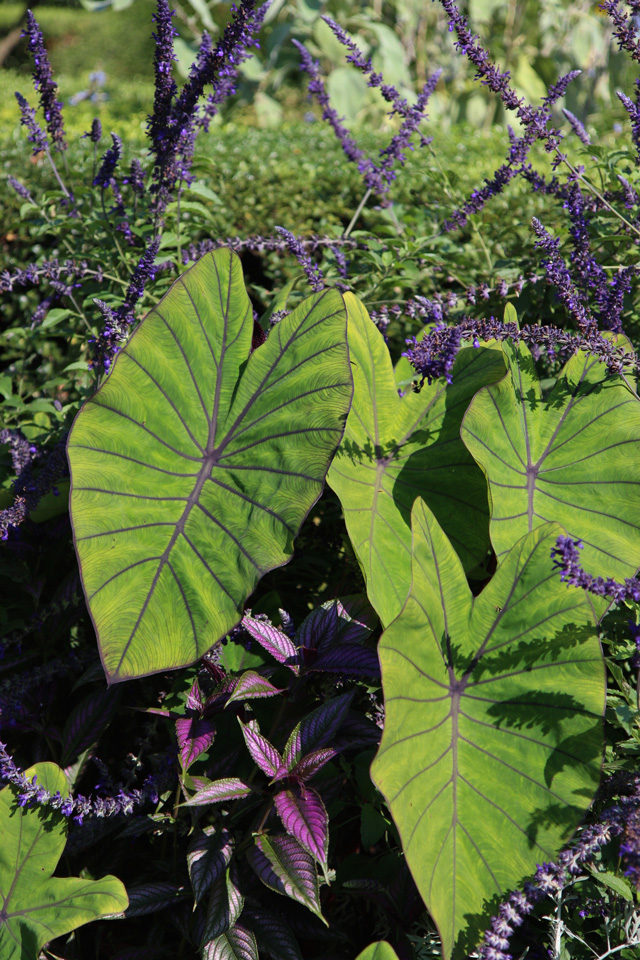 I was in awe at seeing a hummingbird in the English Garden for the first time ever, in my life. It was moving so fast that I thought it was an insect at first (and too fast to get a picture!). It was kind of amazing. 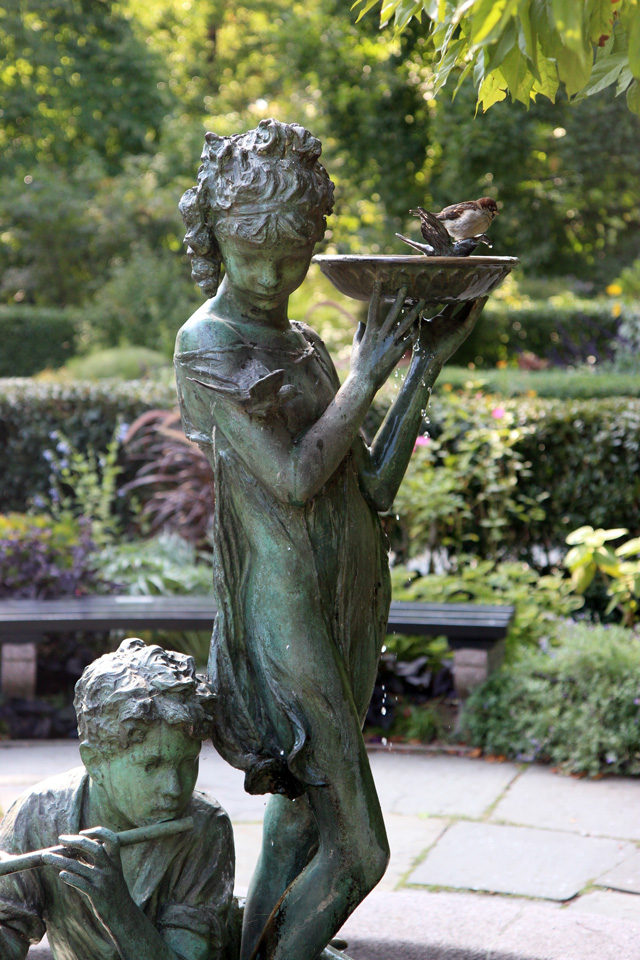 In my mind, the Francis Hodgson Burnett statue is the sort of “crown jewel” of the English garden. Sculpted in 1936 by artist Bessie Potter Vonnoh, the statues of Mary and Dickon from Burnett’s “The Secret Garden” serve as a memorial to the author, as well as a happy little rest stop for thirsty birds! The statue resides in a lily-pad filled pond underneath a canopy of trees. 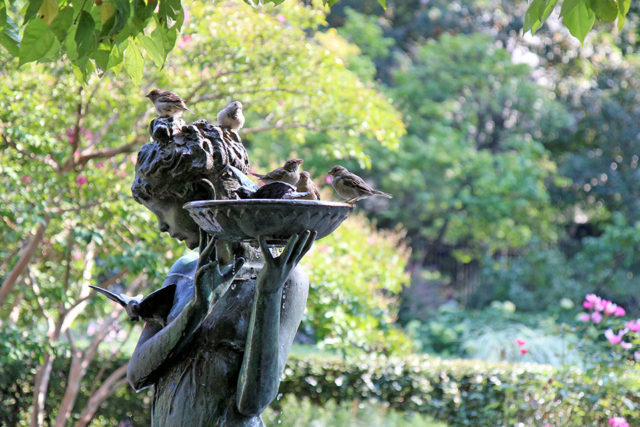 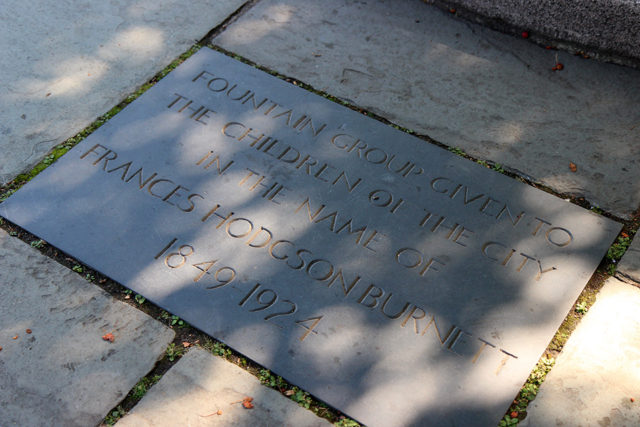 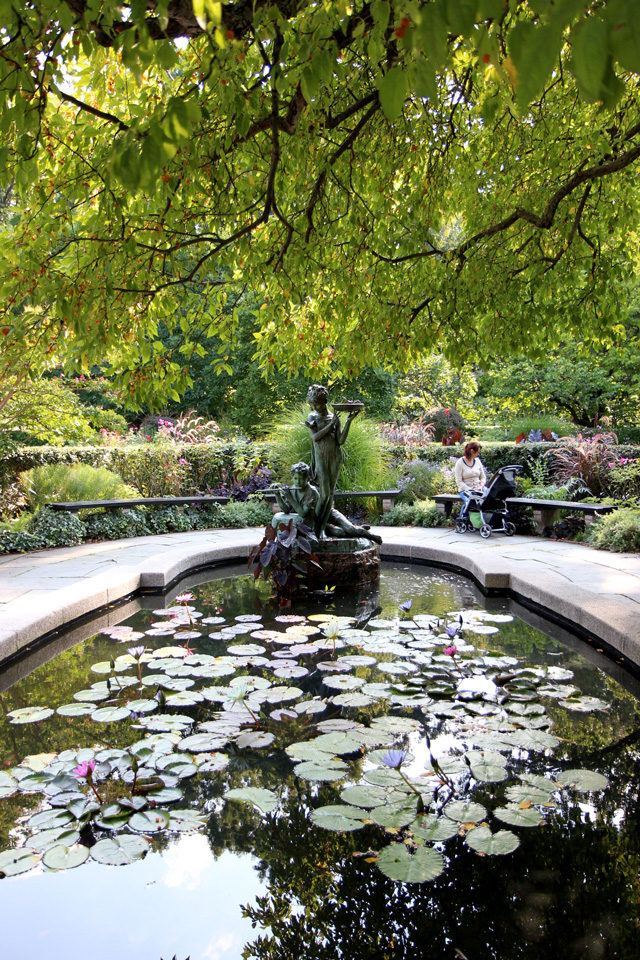 The first time my Mom and I came to The Conservatory Garden we happened upon a wedding taking place right next to this pond, under the trees. The groom was wearing a very cool looking foreign military uniform, and the bride happened to be wearing the most beautiful, understatedly glamorous dress that I’ve ever seen – floor length, champagne colored, with shimmering beadwork and an open back…it was stunningly simple, effortless, and perfect. 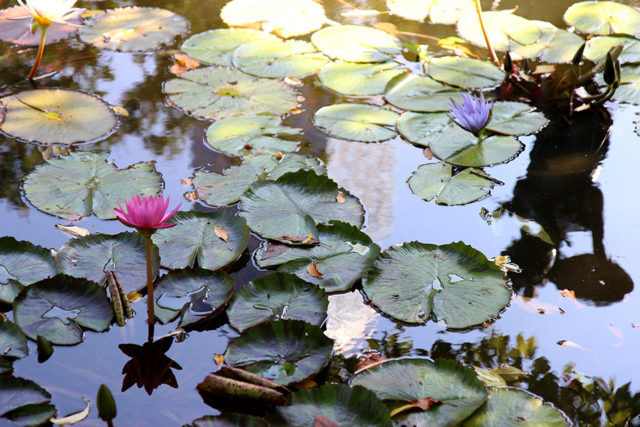 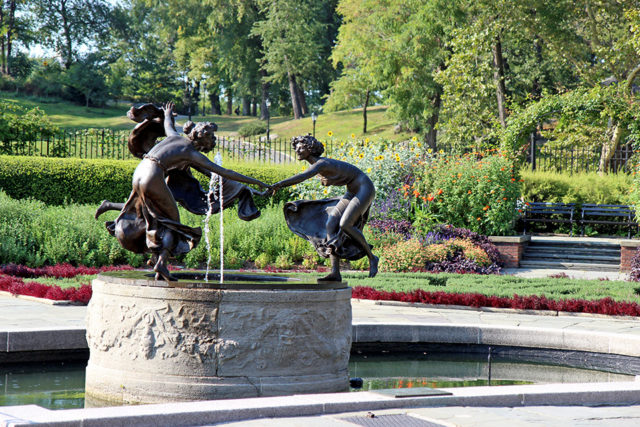 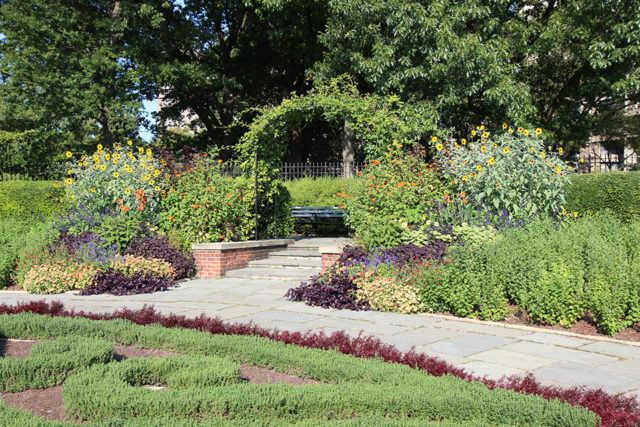 That green ringing the perimeter of the French garden will be all abloom with tulips in springtime. In autumn, there are Korean chrysanthemums instead. Still very pretty, but you can bet that I’ll be hightailing myself over there come May to catch that tulip display! 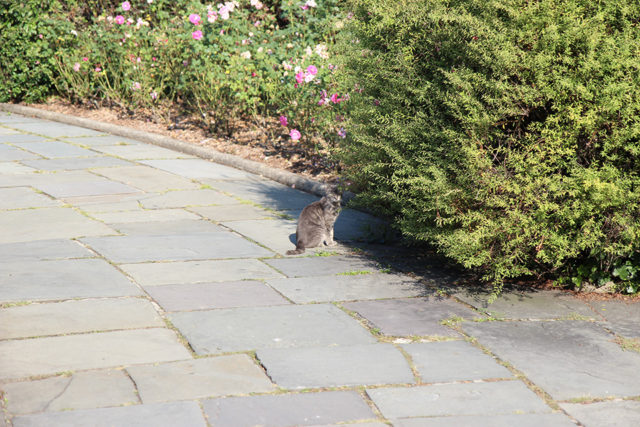