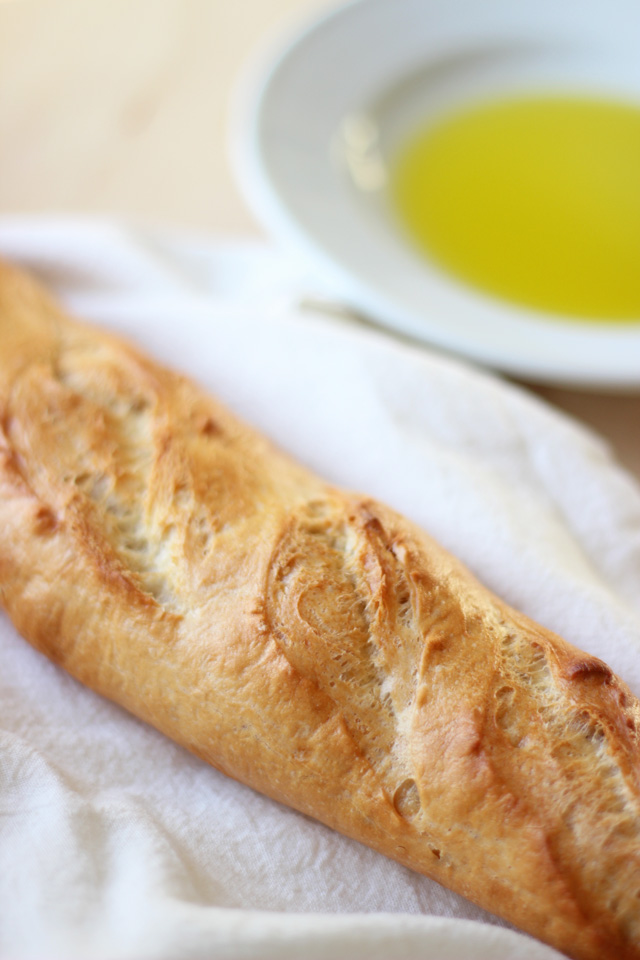 Is there anything better than a crusty, chewy baguette, fresh and warm out of the oven? In a word, no. That’s why when my friend Christina suggested taking a Parisian Baguette class over at the International Culinary Center, I jumped at the chance! This was my first time taking a cooking class, and it did not disappoint. We had a great time, learned a lot, and, of course, ate way too much bread.

The class was structured really well. I appreciated that the instructor didn’t waste time talking about what we were going to learn, or making a lot of introductions, but rather dove right in to the course. We made three different types of baguettes – classic, wheat germ, and whole-wheat. The instructor taught us techniques for mixing, kneading, shaping, and scoring, as well as a little bit about the building blocks of bread (flour, salt, water, yeast – simple!), and what effects different types of flour have on the outcome of your bread. After learning each thing, we practiced…by making about a million baguettes. Kidding…we actually made like 300 between about fifteen of us…that’s a lot of baguettes! I started to feel like a worker bee in a baguette factory. It really gave me an appreciation for what chefs and bakers do – bread-making ain’t easy (even though the instructors make it look easy!). 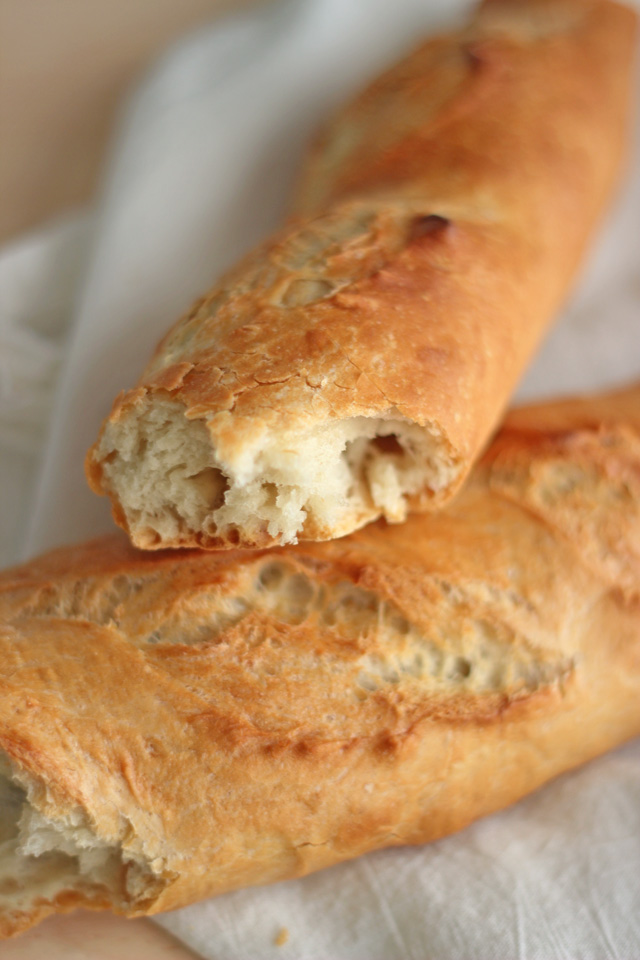 At the school they make baguettes in a 470 degree oven that has a stone bottom (kinda like a pizza oven), because that holds consistent heat a lot better than the metal that conventional ovens are made of. The professional ovens have a button you can press that cooks the bread with steam, which is what creates that crunchy, crusty texture you get on a delicious baguette. Our instructor taught us a few different techniques for replicating that high heat and steam at home, the easiest of which is to cook your bread inside an oven-proof pot with a lid, in the oven. With this method, the water released from the bread while it cooks gets trapped in the pot, and thus the bread steams itself (just like you do with no-knead bread).

If you’re thinking of taking a cooking class, I highly recommend the International Culinary Center. They offer a lot of different class options (I heard the pasta one was excellent), and the instructors I had were great. Also, they gave us plenty of homemade bread to snack on during the class (very important). Word of advice: if you’re going to take this class, bring a big, tall shopping bag with you! At the end we were able to take home as many baguettes as we wanted, but they didn’t have any bags for us (just parchment paper) Not a big deal…probably good actually, otherwise I would’ve taken a whole bag of bread home and eaten it all! Anyway, I spent the day with a few almost two-feet-long baguettes poking out of my rather shallow bag…a little awkward, but well worth it. Next class: Macarons and Madeleines!

Have you guys ever taken a cooking or baking class? What did you think?