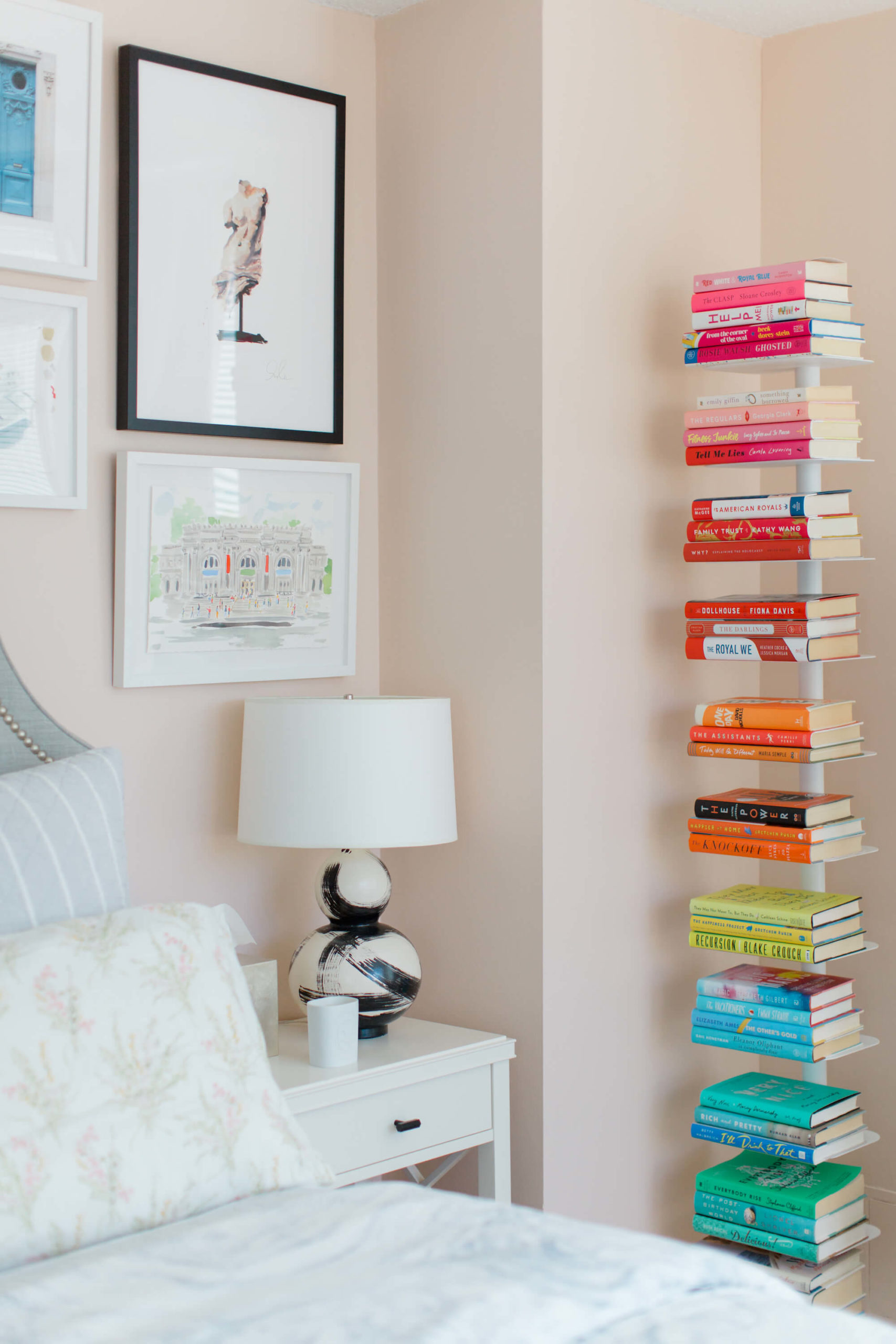 By the time you read this, I will have the keys to my third ever apartment in New York City. Which is pretty exciting for me!

What started as “I’m just looking” at the one bedrooms in my building pretty quickly morphed into decorating said one bedroom inside my head – “ooh, my couch could go here, and oh, this is a perfect spot for the wall-to-wall bookshelves I’ve been obsessing over!” – and before you know it, I was signing on the proverbial dotted line.

This is a bit of a tough one as far as moves go because there’s nothing wrong with my current (as I write this) apartment. I love this studio. It has more windows than I’ll probably ever have again, since it’s a corner studio – I have tons of light coming in from Western and Southern exposures so it’s just a constant flood of sun. Which is wonderful – there’s nothing more important than natural light in an apartment as far as I’m concerned. It’s also terrible in certain ways as I’ve basically been living in a greenhouse. If it’s hot outside, it’s HOT in my apartment. If it’s cold outside, it’s cold in my apartment. And I mean REALLY cold. I’ll probably never forget this past Memorial Day weekend – I stayed in the city because I had photoshoots, and it was unseasonably cold and rainy – cloudy, gloomy. Just the worst kind of weather. And my apartment. Was. Freezing. I was huddled under my duvet with two sweatshirts on and still could not get warm – to the point that I wound up going into my bathroom, shutting the door, and running the hot water in the shower and sink in hopes of building up some steam and warmth I could sit in for a few minutes. I brought my Kindle in! It was bleak.

So I won’t miss that! Nor will I miss my “view,” which is pretty terrible. I just really prefer the view from the new apartment which is East facing and looking out towards the city, rather than the back of buildings as my current one does. In fact, my current apartment looks onto the back of buildings where all sorts of machinery and generators are situated that seemingly run the electricity of the entire block, so there’s also a constant “humming” noise of machinery going on outside my window, as well as constant smoke or steam or who knows what puffing out of smoke stacks. Probably not the best thing in the world! So I can’t say I’ll miss all of that too much.

The other thing is I just felt like I had started to outgrow this place – or at least my stuff had. And yes, I should get rid of stuff. Yes, downsize and minimize and Marie Kondo and all of that. But also – I’m a 35 year old person. I’m allowed to have some stuff! And no, I don’t want to keep accumulating and hold on to things I don’t like, but I also don’t want to get rid of all of my stuff! So it just started to feel like it was bursting at the seams a bit, and I was itching for a change. The tough thing with an apartment like this though, is you can’t change all that much! I had it set up pretty much perfectly. All of the furniture fit in perfectly, everything was where it should be…to the point where if I started making any major changes (which I craved), I’d just be making things worse, for the sake of something new.

So off I go, onto something new. I know I’ll miss aspects of the old place (the light!), but I’m gaining a ton of space and a new creative decorating project, so – things are always a tradeoff, right? Another good thing about this move is that it FINALLY got me to photograph my apartment! I’d been meaning to for a while but I kept being busy with other things and feeling like oh I want to wait until I add this or do this – but nothing like the time crunch of moving in a month to get you going! I was super, super lucky that the amazing stylist extraordinaire Frances Bailey was able to make time for me (we’d worked on a project together previously that was so much fun so I’d seen up and close and personally how talented she is!) – and together we shot and styled the place about a week ago! I can’t wait to get those photos edited and out into the world when my schedule with photography lets up a little. Things have been absolutely nuts suddenly – the minute fall hit my calendar just started filling with shoots and basically hasn’t stopped. But I hope to get those photos out there soon.

More to come on all of this…I’m hoping to do something of a cozy old English library vibe with this place…something a little moody and maybe a little different from what I’ve done before? Who knows, we’ll see how it goes! I’ve been feeling very inspired by Louise Roe lately and obsessed with everything she does – so I’m hoping to share a post soon with all of my inspiration. I have lots of ideas and I’m excited for a new decorating adventure – and to bring you all along for the ride!

Holiday cheer at No. 3 🎄✨ #uppereastside

Watching the decorations come to the neighborhood