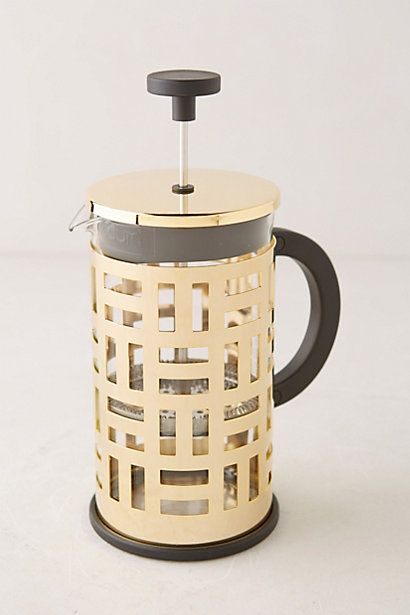 Bodum Eileen French Press
Lately I’ve been thinking I should really learn about a new and better way to make coffee at home. There are a lot of different methods: a drip coffeemaker, percolator, French press, cold-brewer, the vacuum coffee maker. For someone like me who basically needs a coffee IV in order to even get out of bed in the morning, it’s pretty shameful to admit that I still have a drip coffee maker. Shameful only because drip coffee is most definitely not the best method for getting amazing coffee-in fact, it makes pretty meh coffee. I haven’t switched to a different method because I don’t know which one I should switch to, and all of the various contraptions kind of confuse me. Clearly, research is warranted! What’s held me back is that I feel like coffee is like wine, in that there are so many factors and so much science that goes into making the perfect brew – it’s a little overwhelming! I’ve been leaning towards the French press method, as I’ve heard that it’s the choice of coffee aficionados. Also, the French press above from Anthropologie would look pretty sitting on my countertop, and let’s be real, that’s an important factor 🙂 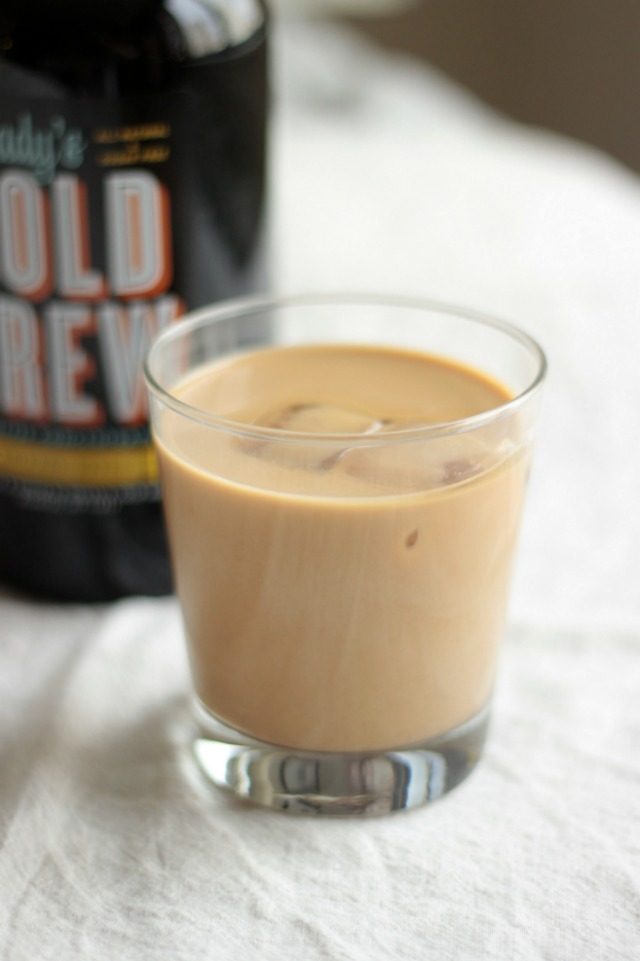 I haven’t even used my drip coffeemaker in forever, because of my obsession with cold-brewed coffee (specifically Grady’s, as I wrote about here). However, there are also ways of making cold-brew coffee at home that I’ve yet to explore-either with a cold-brew coffee maker like this one, or just on your own using a pitcher and a big tub, as explained here. If you haven’t tried cold-brew coffee, let me just tell you that it tastes approximately one million times better than regular coffee. Because it’s cold-brewed, instead of heat-brewed, it’s less acidic, less bitter, and much smoother.

On the Williams-Sonoma site, I found this awesome video that de-mystifies the process of using a cold-brew system at home. One benefit of making your own is that you can use organic coffee, which would be fantastic (that’s been my only complaint about Grady’s – not organic). I loved watching this guy make the coffee because it looks crazy easy – basically you pour water on ground coffee…and that’s about it. The only caveat is that it has to sit for twelve hours, but that’s no big deal if you just make it ahead. I’ve yet to try the at home cold-brew system because I just wonder if there will be a big enough difference in quality/taste to justify the effort, but I’m starting to think it might be time to at least try out a French press to really up my coffee game.

How do you guys make coffee at home? Does anyone use a French press, percolator, cold-brew coffeemaker, or some other method? If so I’d LOVE to hear!

First image via anthropologie.com, second photograph by me