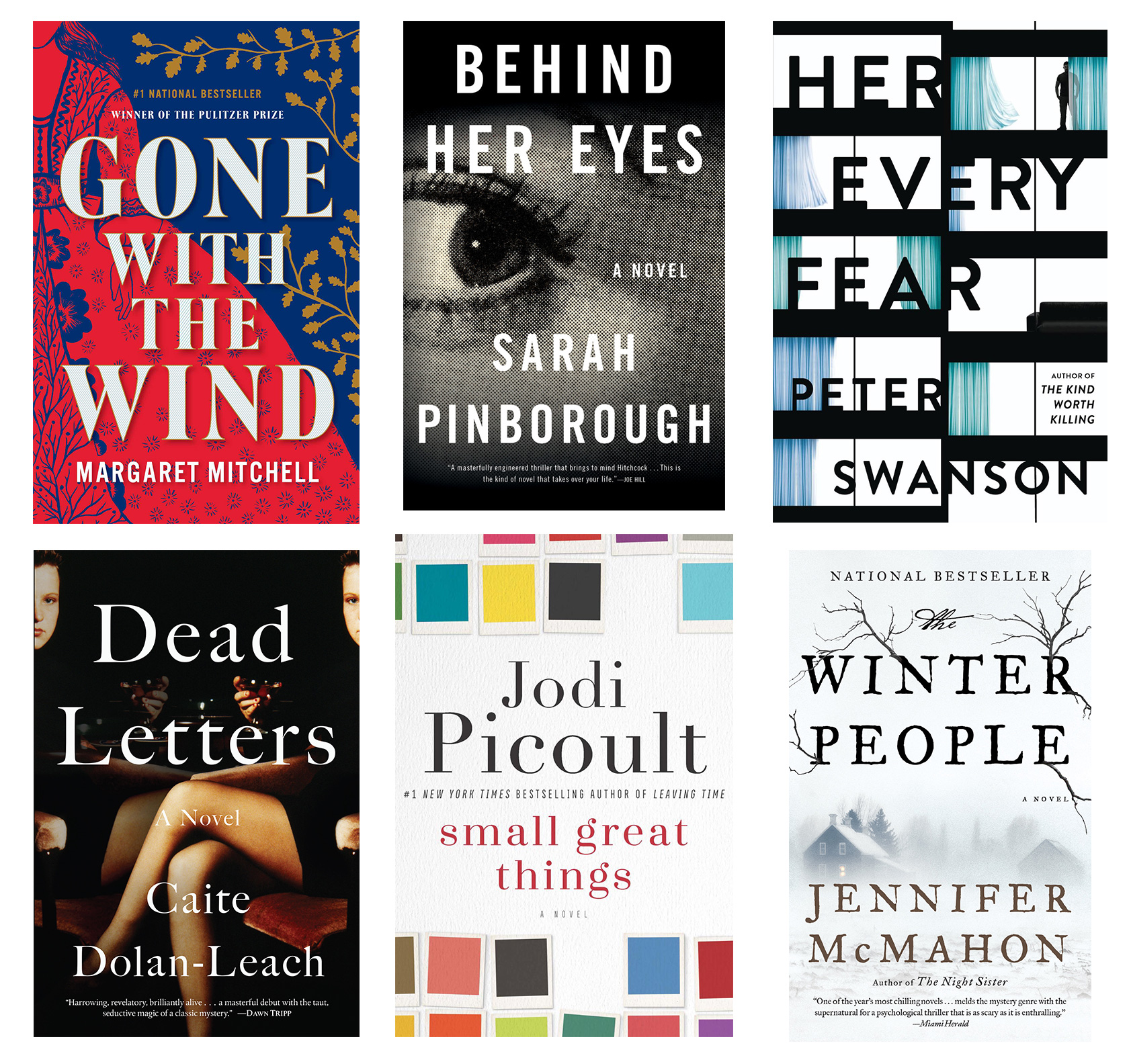 I’ve been so bad with reading lately and I don’t even know why! Well, maybe I know why – dang TV. I need to chill with that. Hoping to get back on daily the reading train, but in the meantime, here are my latest reads:

Gone With the Wind: SO good! I know I don’t have to really review this since it’s a classic, but I will say that if you’re sort of hesitant to read classics (because let’s be honest, sometimes they’re boring or hard to get through), this is a good one to pick up. It’s a sweeping epic full of colorful characters, and it really gives you a great overview and history of life during the Civil War – something I’ve been keen to learn more about after visiting Charleston last year. During school I feel like we were mostly taught about the Civil War through the Northern lens, so it was really interesting to read about it from the perspective of Southerners. It’s just a great book and a great romance.

Behind Her Eyes: Whoaaaa, guys. That’s all I can say. The ending is nutssss. I could definitely see people either loving or hating it…I have to say, I kinda loved it. Aside from that though, the rest is also good. It’s well-written and I liked the characters (and disliked the ones I was supposed to dislike). I read so many thrillers and especially many domestic thrillers about married couples, and to me this one was especially well-crafted, unique, and unpredictable (plus un-put-downable and suspenseful!). PS – is there an actual word for un-put-downable? There should be!

Her Every Fear: Meh. Don’t recommend this one, which was so disappointing because the author’s preview work, The Kind Worth Killing, was SOOOO frikin good! (You can read my review here). I thought a lot in this book was just for shock value, and the rest was kind of forgettable. I mean, it wasn’t terrible, but not great. Also I’m getting kind of tired of the trope of the main character always being a girl who’s recovering from a past attack or trauma, and then she’s getting stalked again but people don’t believe her because they think she’s just traumatized….I feel like I keep reading that (there was this one, The Girl in Cabin 10…and I feel like more). It’s just getting repetitive.

Dead Letters: This was sent to me as a galley and I really liked it. I enjoyed the premise, the setting, and even the characters although some of them were somewhat unlikable. I heard that it was getting mixed reviews and I guess I could see that, since the premise was perhaps a bit far-fetched, but to me it worked. It was compared to Reconstructing Amelia and if you liked that, I do think you’ll enjoy this one. Good summer read.

Small Great Things: Hmm. I don’t know if I’m really into Jodi Picoult anymore. I used to read her a good amount but this is the first I’ve read in forever and I was kind of reminded why I’m not super into her boosk anymore. I’m not sure how to explain it, but it’s like everything in her books is a little too pat and perfect. A couple has a baby with a facial deformity. The father is horrified and won’t touch the baby, but within the space of a page the nurse has made him see the light – this is your baby and you’ll love him regardless of the fact that he has a facial deformity. Wow, that was quick and easy. A woman who was raped is having a baby and doesn’t know if it’s the rapist’s or her husbands. The baby comes out, and is the spitting image of the husband (not the rapist) – (nevermind that most newborns look like a pile of mush). Ta-da! All is right with the world. I don’t know – life is a lot more complicated than that. I read a book called Far From the Tree with a large chunk that focused on women who have the babies of their rapists, and how they handle that and reconcile it, and I found that to be a lot more layered and interesting. That’s reality. It’s messy, it’s complicated, it’s imperfect, it can be beautiful, and it can be incredibly ugly. It’s life. But anyway, I’ve completely digressed. If you like Jodi Picoult you’ll enjoy this!

The Winter People: This was okay – it weaved two stories together and it was kind of creepy. I guess my disappointment with it was that if you described the premise to me, I would’ve said I’m going to LOVE that. But I didn’t LOVE it. It was just okay. So I’d say good premise, but kind of disappointing outcome.