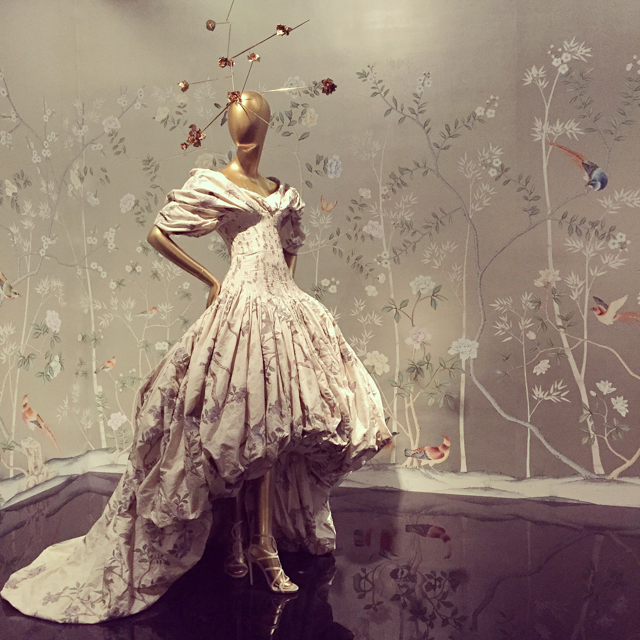 My Mom and I recently visited the Metropolitan Museum of Art’s current Costume Institute exhibition, entitled “China: Through the Looking Glass.” The exhibition wove from the Anna Wintour Costume Center downstairs all the way upstairs through the museum’s extensive collection of Asian art, highlighting high fashion inspired by Chinese history and aesthetics, as well as objects and ideas from Eastern culture such as perfume, blue and white porcelain, calligraphy, and more. The Asian Art Department, celebrating its centennial this year, collaborated with the Costume Institute to create this exhibition, which had everything from 19th century robes worn during the Qing dynasty to haute couture designs from recent seasons. It was about China but also about designers’ “fantasies” of China, or, to quote curator Andrew Bolton, it is “not about China per say, but an image of China that exists in the Western imagination.” Here are just a few of my favorite highlights… 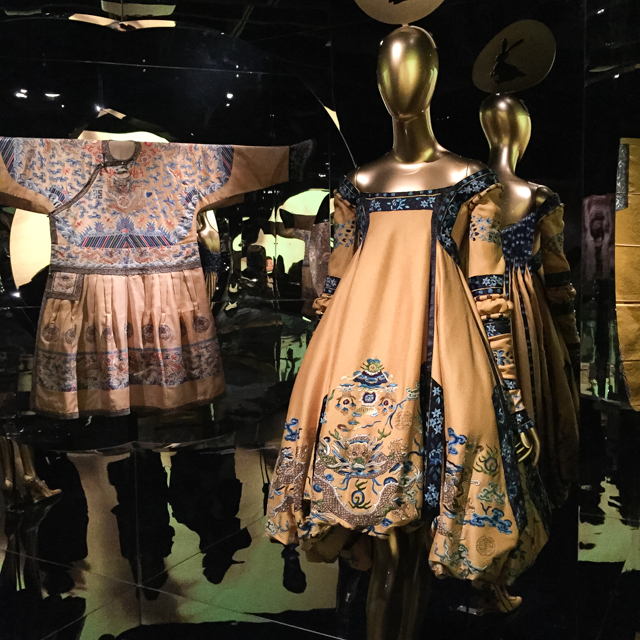 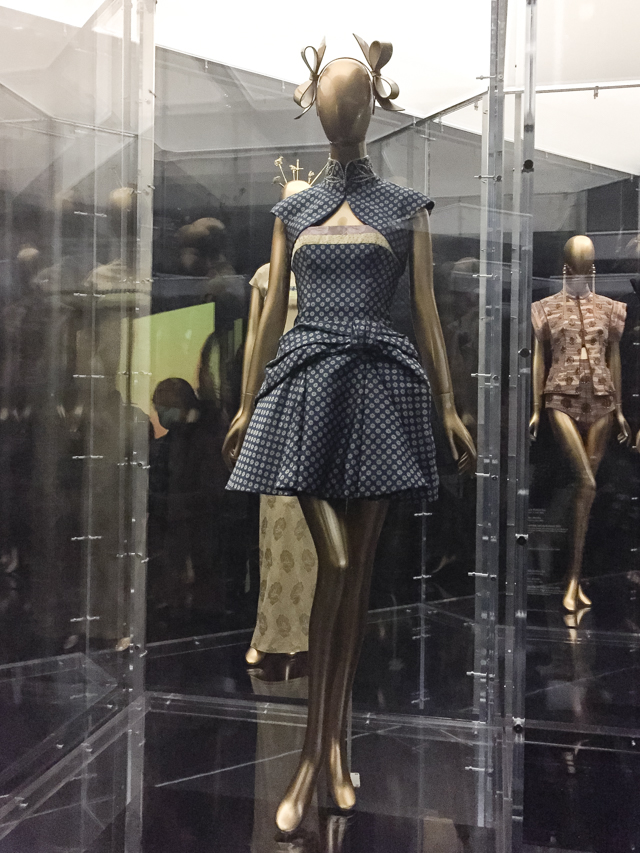 I wasn’t very good at taking notes but I think this was Louis Vuitton, in a gallery that highlighted different variations of the qipao, a type of high-necked, fitted Chinese dress. 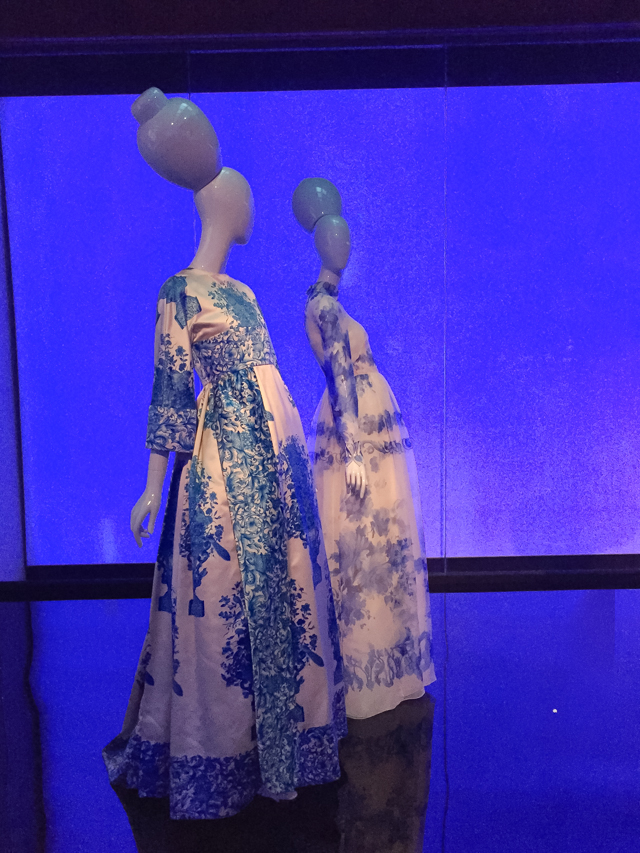 One of my very favorite sections focused on fashion inspired by blue and white porcelain, which became incredibly popular in the sixteenth century. Stunning! We spent a long time in this gallery. 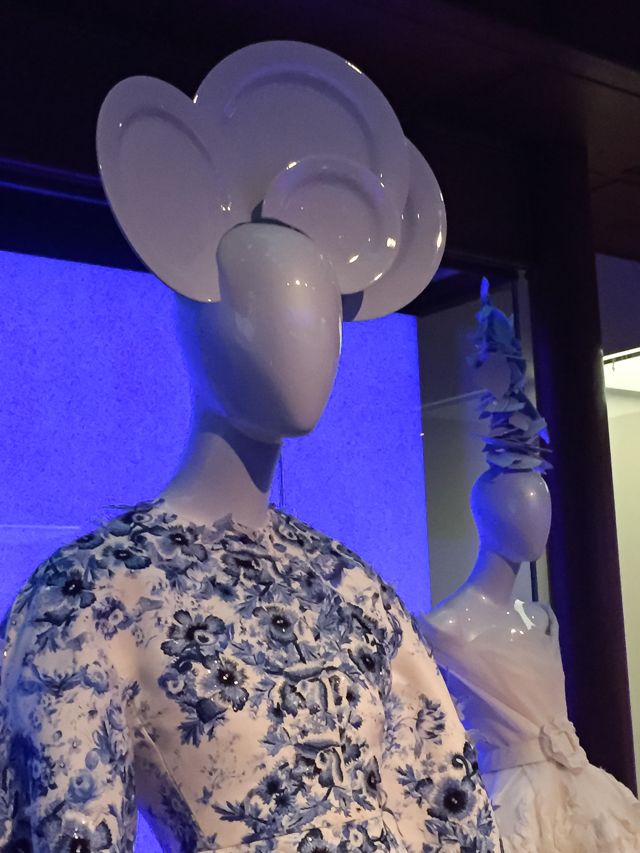 The incredible headpieces throughout the exhibition (over 100!) were designed by milliner Stephen Jones. 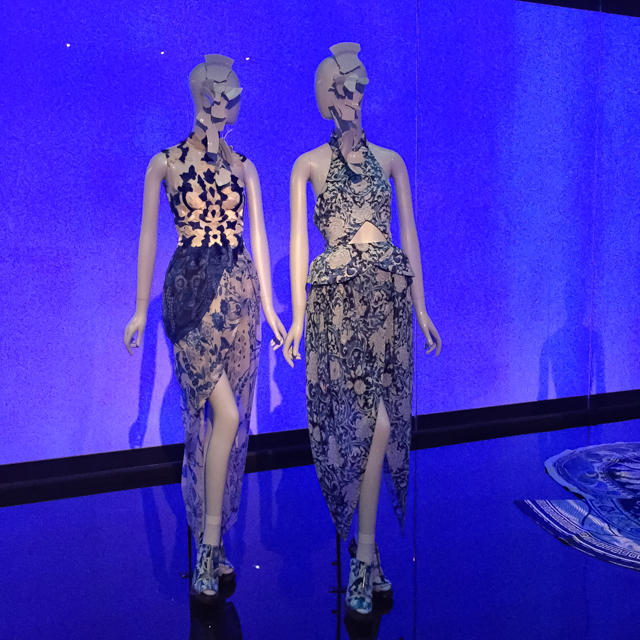 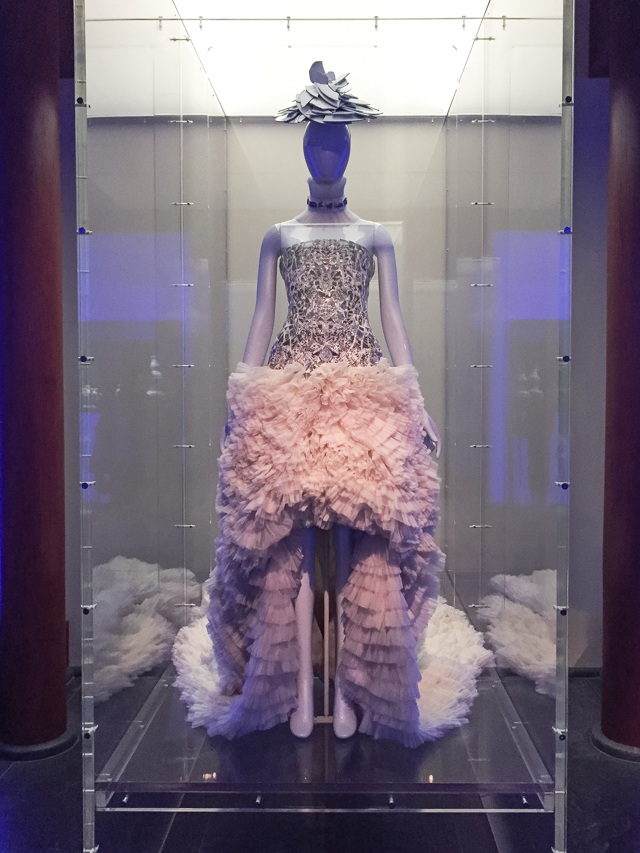 The bodice of this Sarah Burton for Alexander McQueen gown was made all of broken pieces of blue and white porcelain fit together like puzzle pieces. Absolutely amazing. 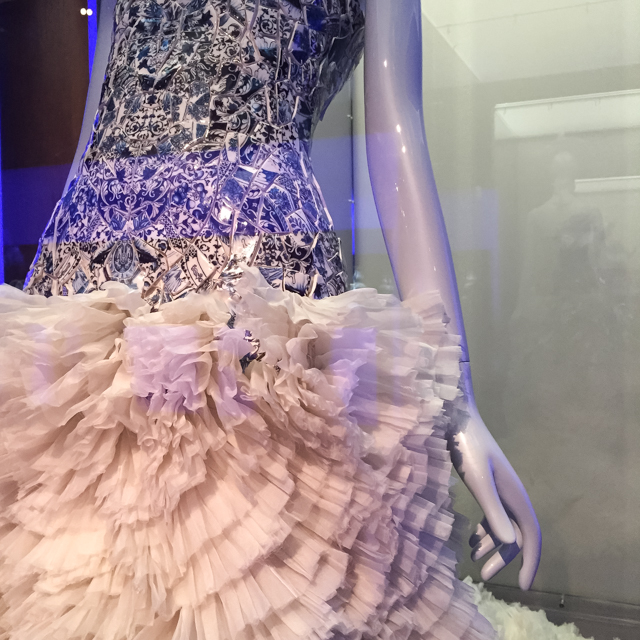 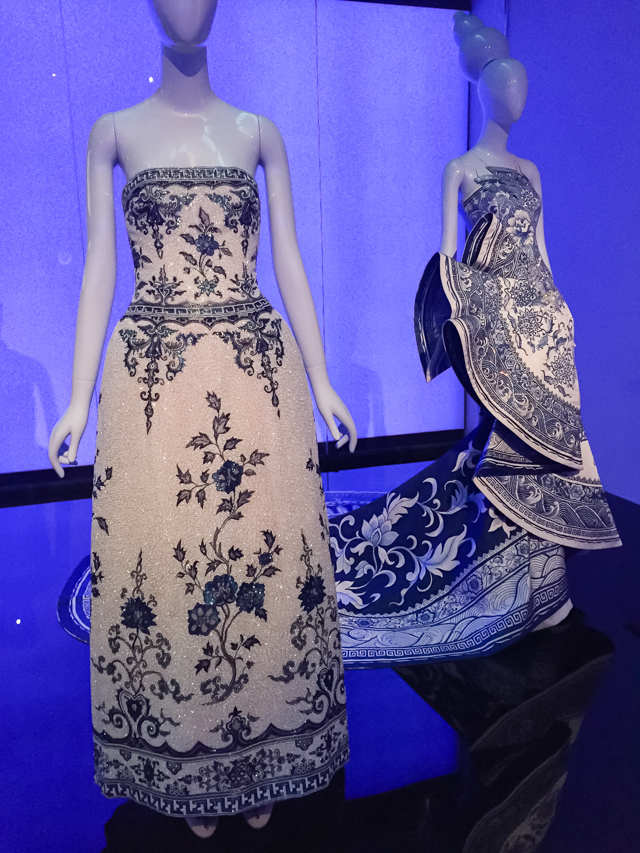 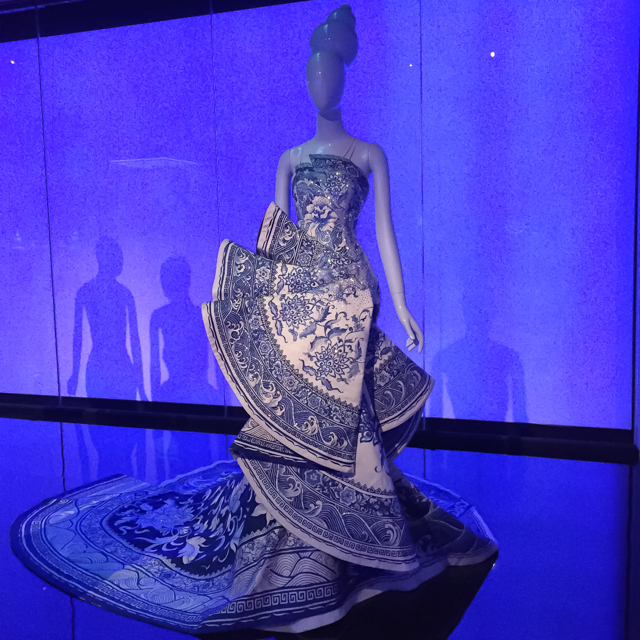 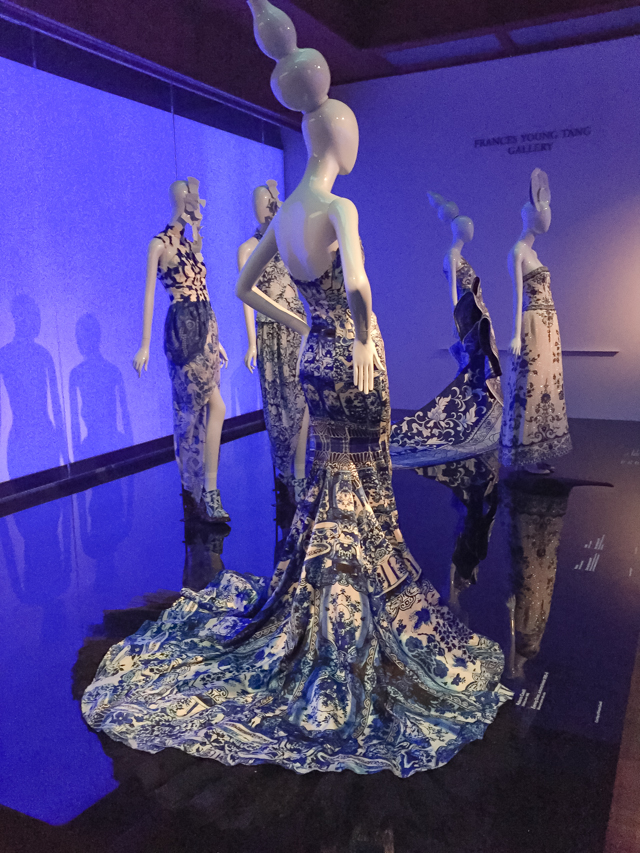 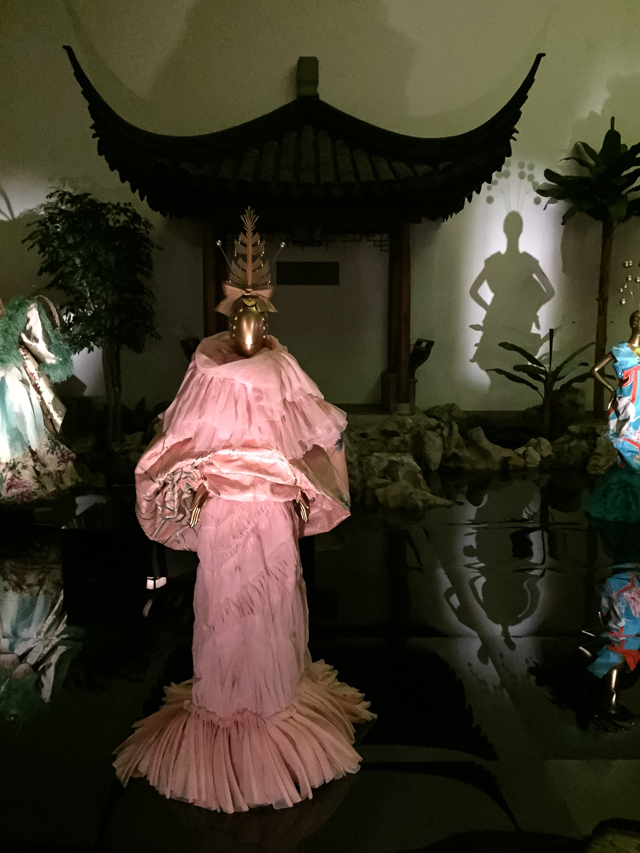 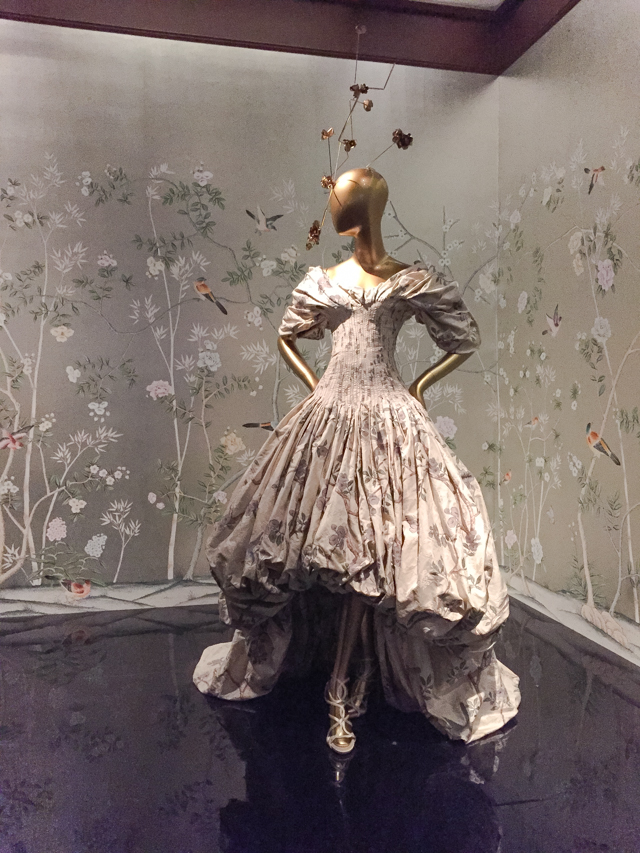 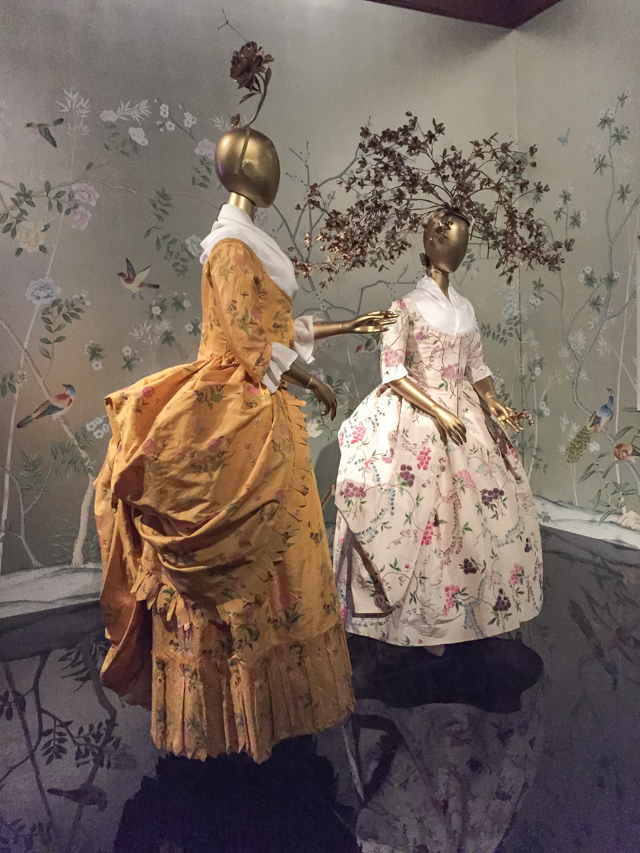 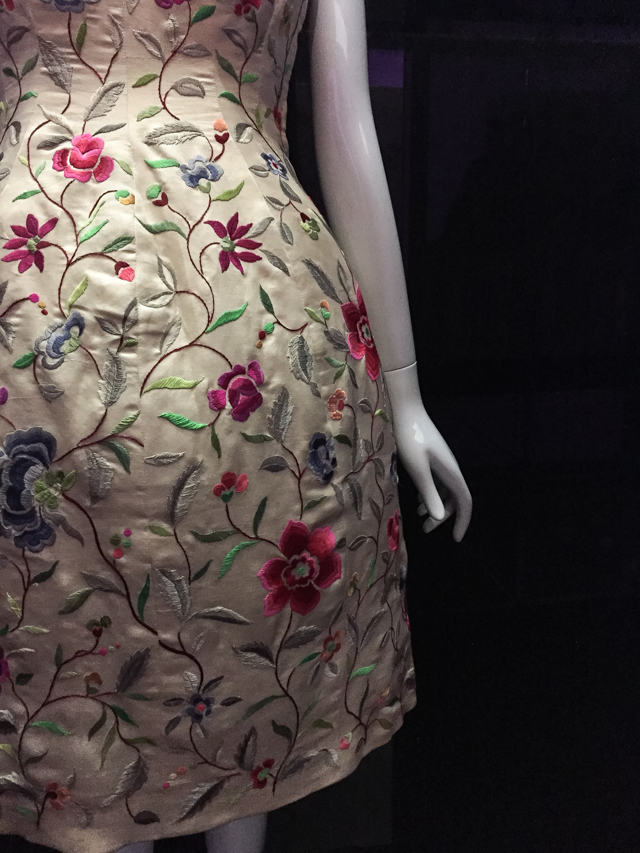 A dress by Cristobal Balenciaga hung in the gallery focusing on Chinese silk, which began to be imported into the West at the end of the first century. 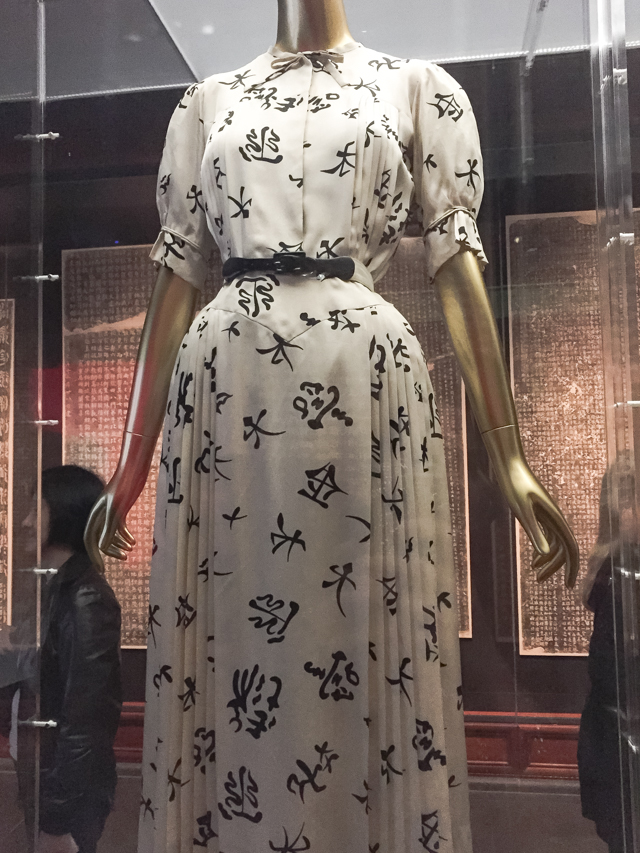 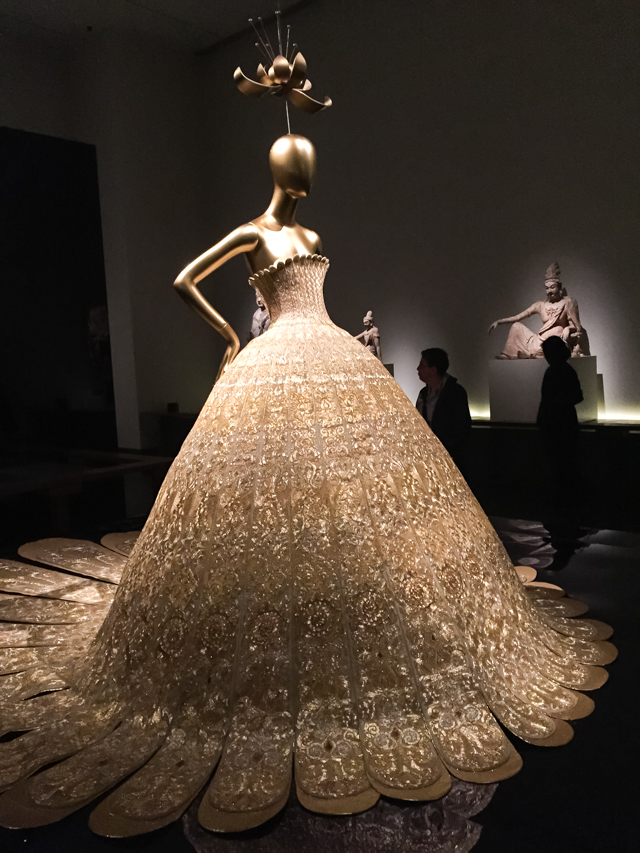 China: Through the Looking Glass runs through August 16th, and if you do swing by, I highly recommend that you also take in the Van Gogh “Irises and Roses” exhibition (also running through the 16th). It was really amazing to see four of Van Gogh’s stunning still lives up close…both of these exhibitions are not to be missed!