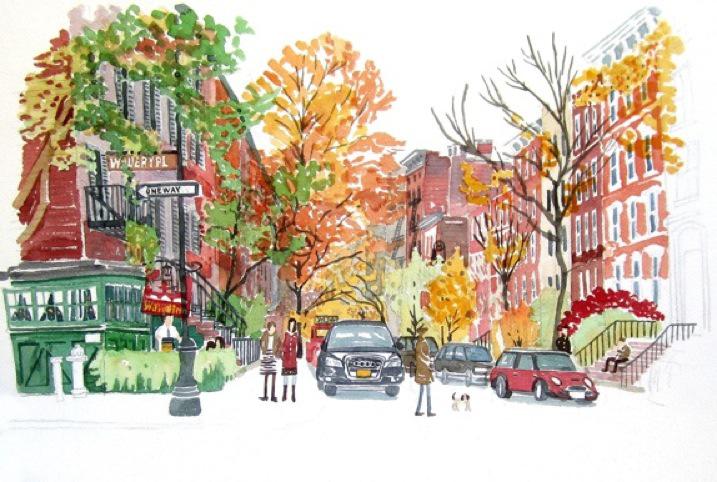 Remember when I posted about Hamilton’s Soda Fountain, the adorable retro soda shop down on Bank Street in the West Village? When taking those photos I became really enamored with the five or so watercolors that they had hanging on the walls, which depicted various pockets of the West Village. They were charming and had a great energy to them. I asked the girl behind the counter who the artist was, but she wasn’t really sure and I couldn’t make out the signature. Flash forward to a few weekends ago – I’m walking around the West Village with Elana after brunch, and I happened to spot a piece that I could tell was by the same artist, sitting in the window of a wine shop. I stopped and looked and was like “oh my gosh!,” remembering how much I liked his work and feeling so surprised to have randomly come across it again. Then, wouldn’t you know it: we continue around a corner and there’s a man sitting on a little stool, painting, with his prints lined up against the wall – him! How weird is that? One of those true New York City, you never know what’s around the next corner moments. 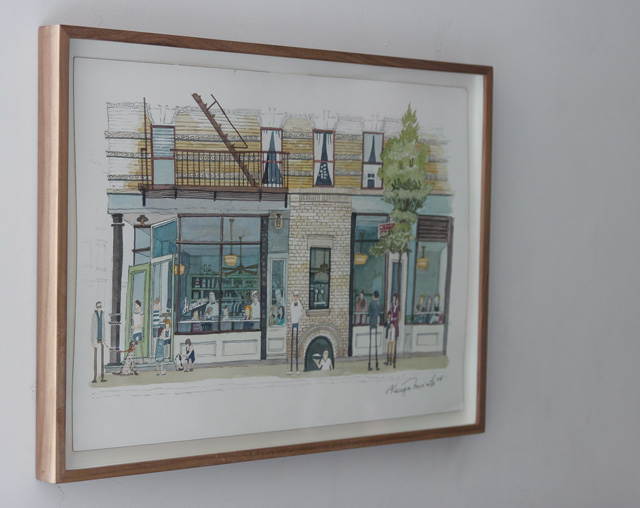 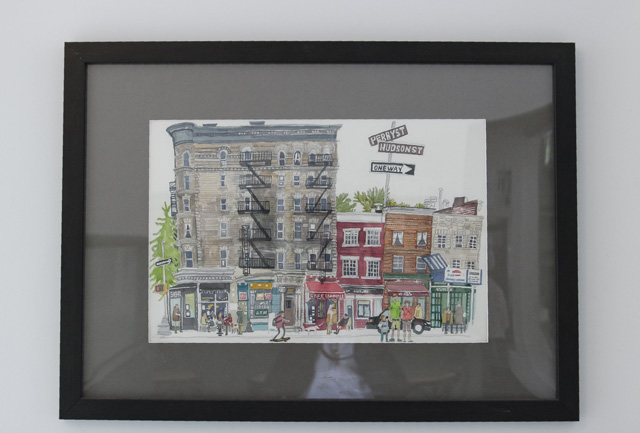 The artist, Kazuya Morimoto, hails from Japan and moved to NYC after graduating from art school. He actually lives on the Upper West Side, but said that he paints the West Village because to him, it’s the best part of the city. As we all know, the city is constantly changing – and he has said that he likes to capture the storefronts and the streets of the West Village as they are in a moment, before they inevitably change. Morimoto starts his pieces off with a pencil drawing, and then fills in with watercolors. 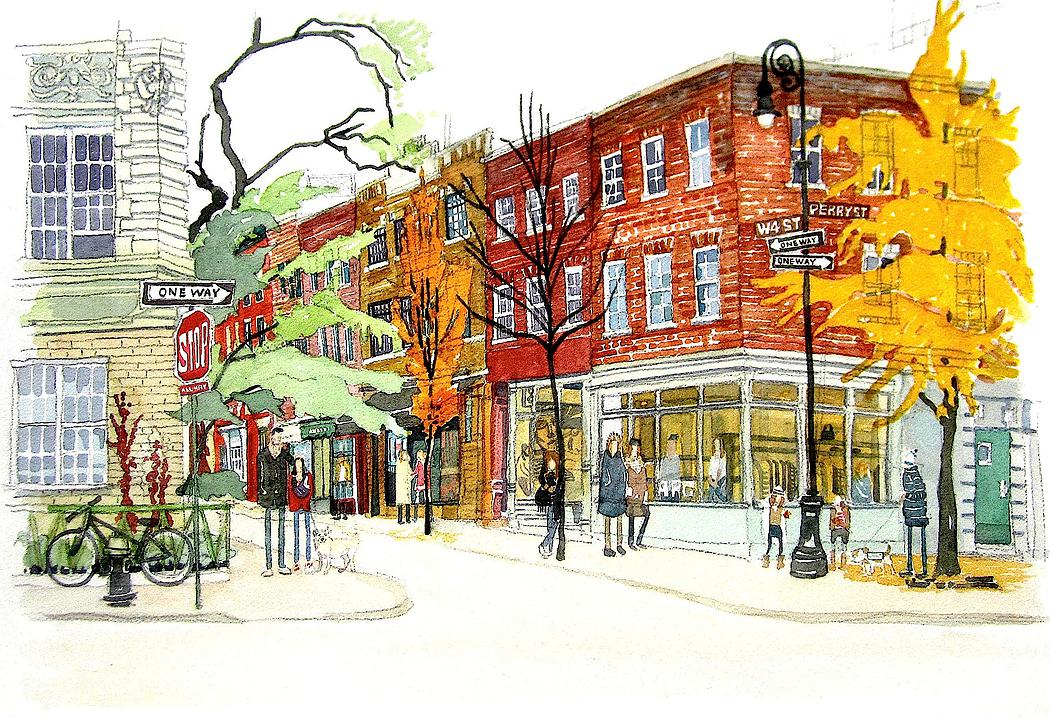 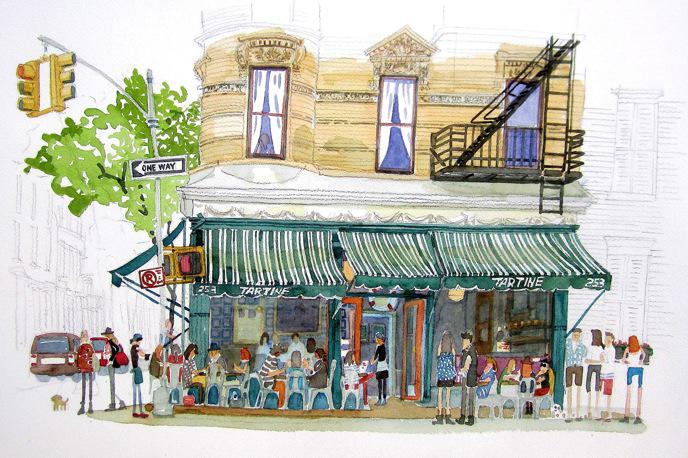 I bought two prints – one of Greenwich Village in the snow (sigh), and one of my favorite downtown bookshop – both of which I’m super excited to frame and hang! Being the Upper East Side devotee that I am, I have to respectfully disagree with Morimoto about the West Village being the best part of the city, but, I love having a piece of someone else’s New York, if that makes any sense. Morimoto sells both originals and prints but not online – though I think you should definitely contact him if you’re interested in commissioning a piece or purchasing a print. Or, you can always just wander the West Village and hope to find him!