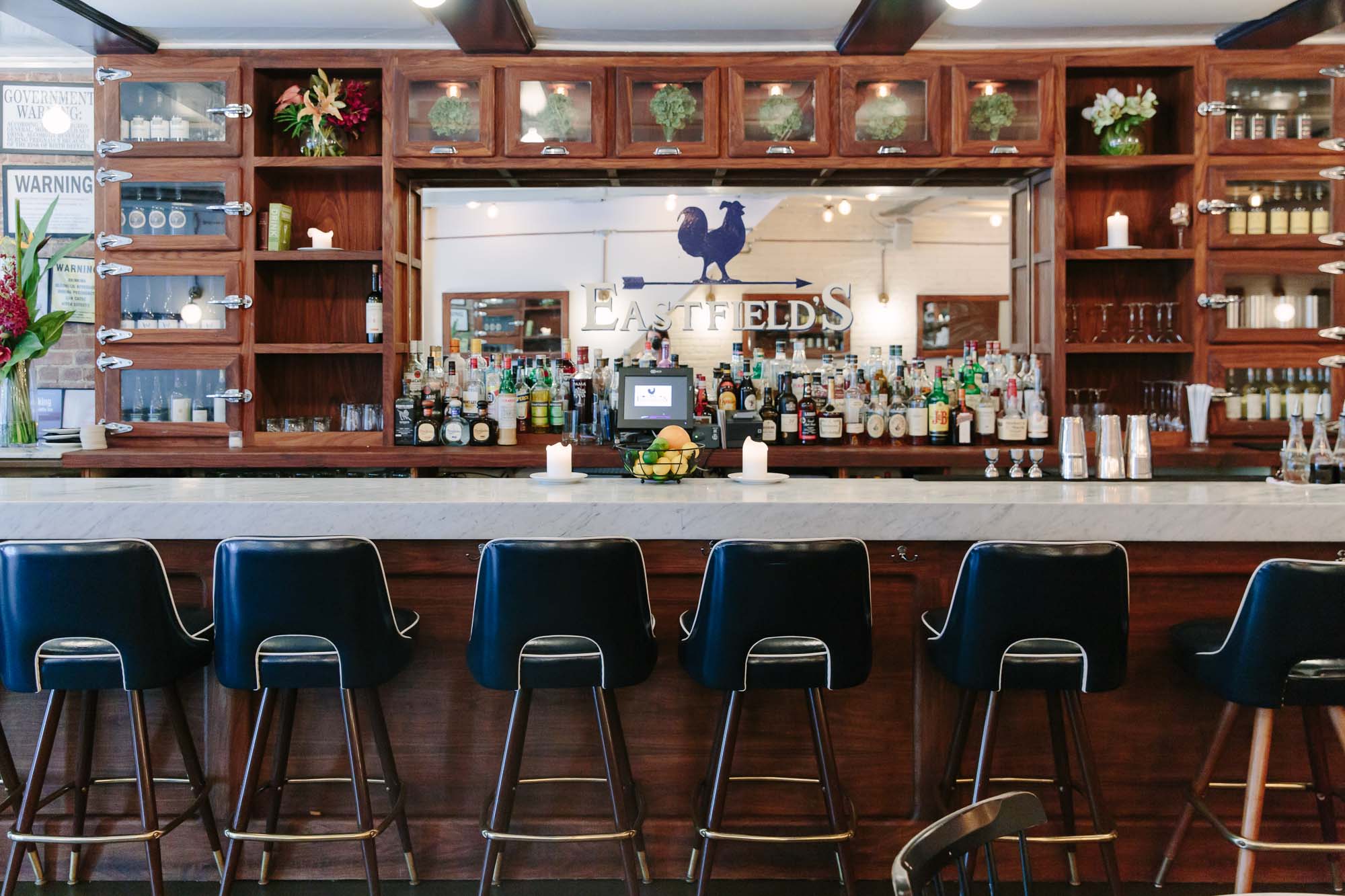 As you may have seen on my Insta Stories a few days back, I’m working on a big Upper East Side guide for the blog. I don’t claim to be the be all end all expert on all things UES, but having lived here for seven years I definitely have my favorites! The hard thing about writing an UES guide is that there are still so many places I want to try and so I keep feeling like I need to try everything before I write it! But I am hoping to get it up soon. In the meantime, today I have an Upper East Side favorite that will definitely be making the guide – Eastfield’s.

Eastfield’s is the sister restaurant The East Pole, another restaurant that I’ve been a fan of for years. They both have great food and elegant decor, but Eastfield’s feels more like a homier version of The East Pole, if you know what I mean. It’s equally chic but almost like the more down to earth sister whereas The East Pole is like the sophisticated Upper East Side sister – does that make sense? Anyway, Eastfield’s has a very faint nautical vibe to it and I absolutely love the navy leather banquettes, beautiful oak bar, Windsor chairs, and sleek gold light fixtures. 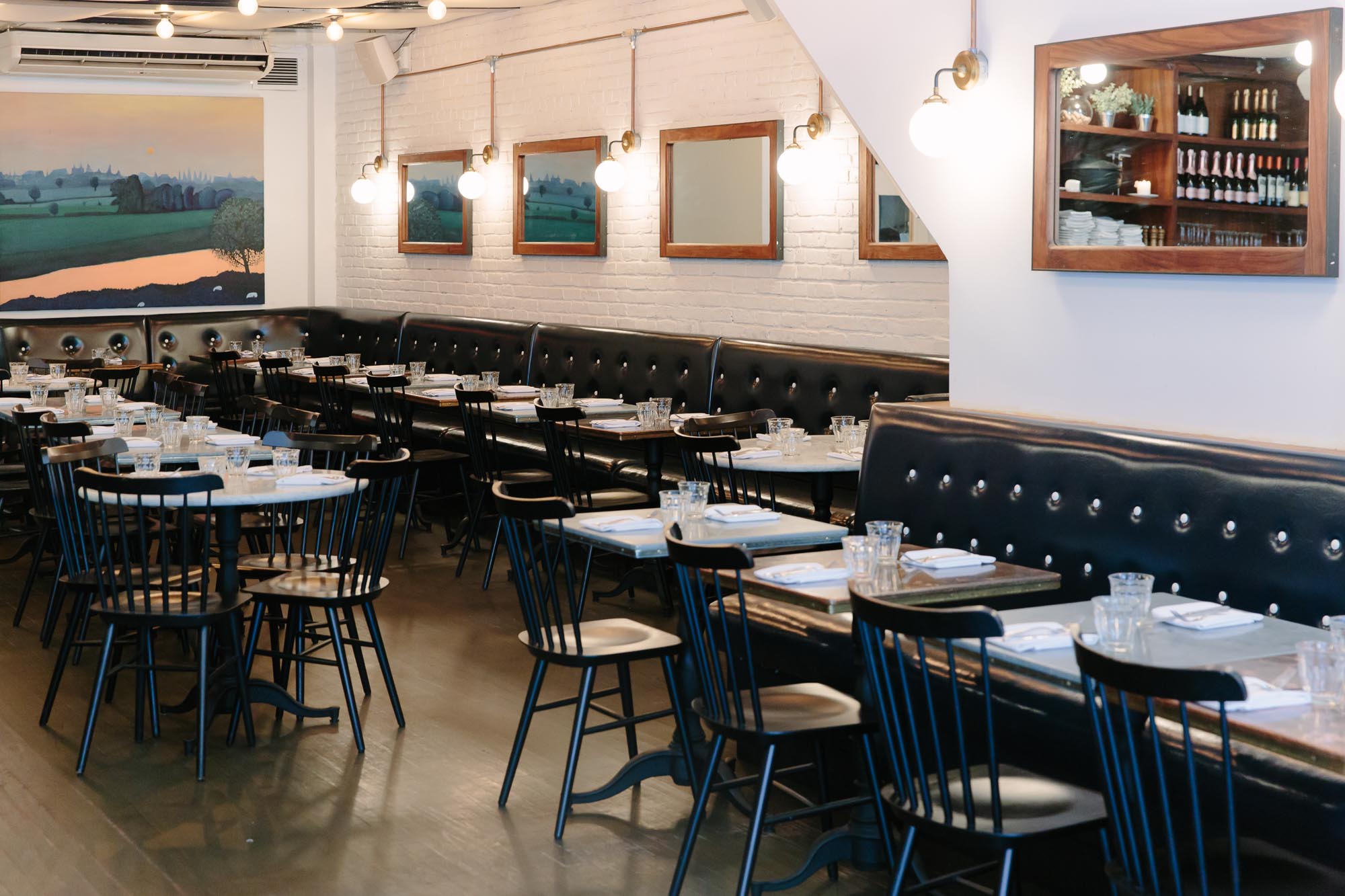 The food is described as “elegant home cooking,” which is pretty my favorite kind of food for an American restaurant. It’s food you really want to dig into, but probably wouldn’t want to go through the ordeal of making at home. I love Eastfield’s just as much for brunch as I do for dinner. One of my favorite dinner dishes is their Grilled Berkshire Pork Chop (so delicious), and for brunch I’m obsessed with their Banana Cashew Smoothie and Brioche French Toast. 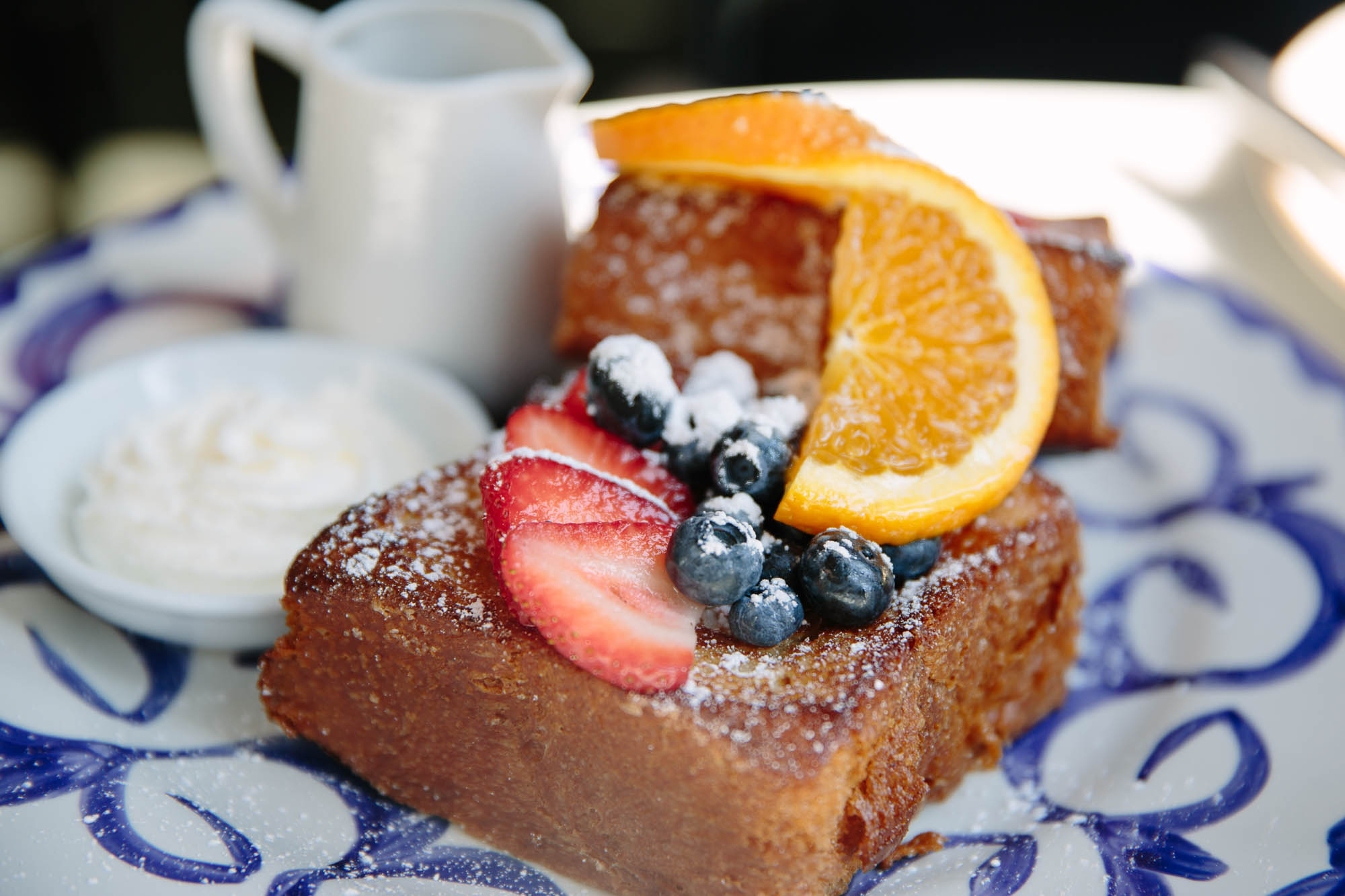 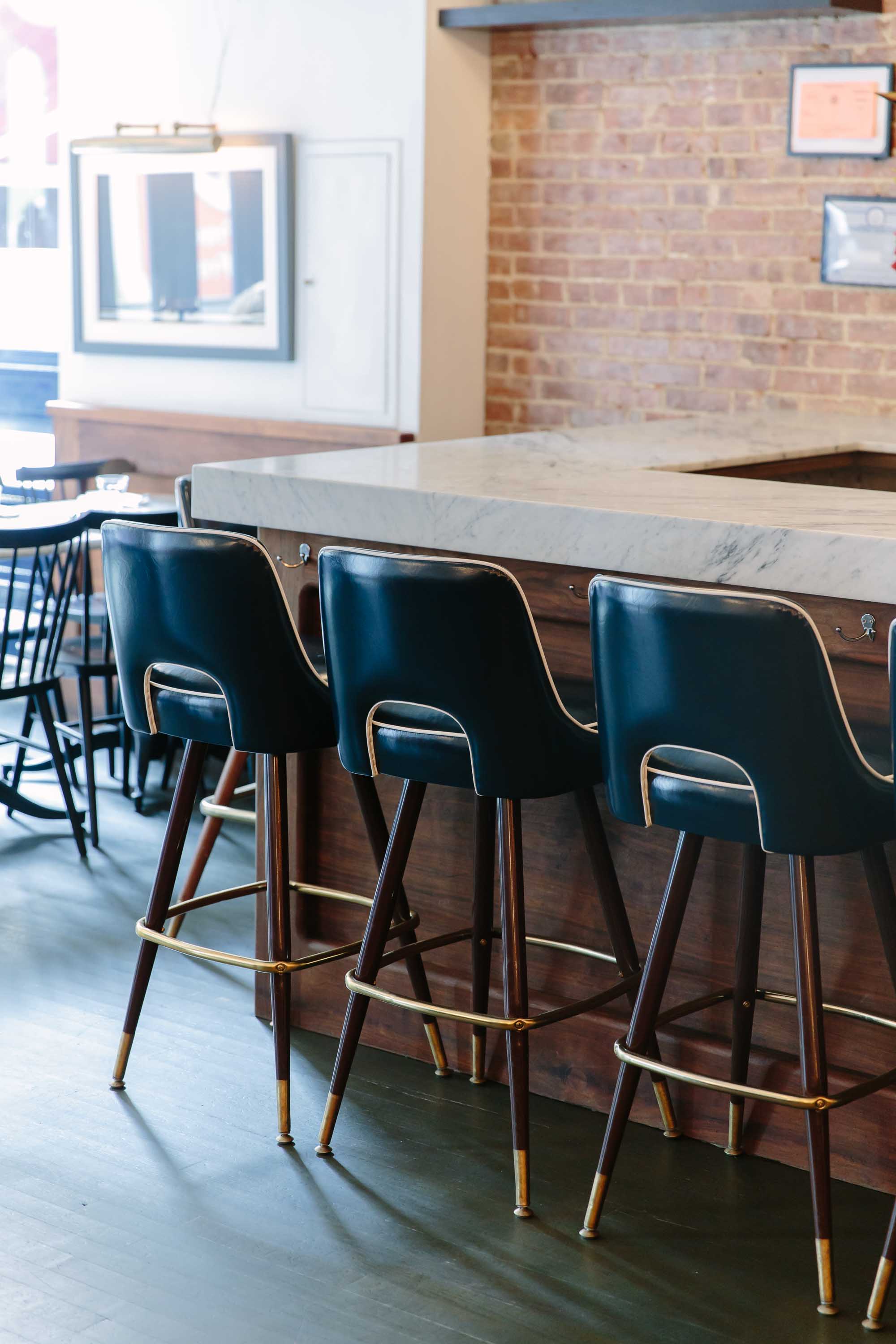 The service is also wonderful at Eastfield’s – everyone is super nice and attentive and I’ve always had a great experience there. 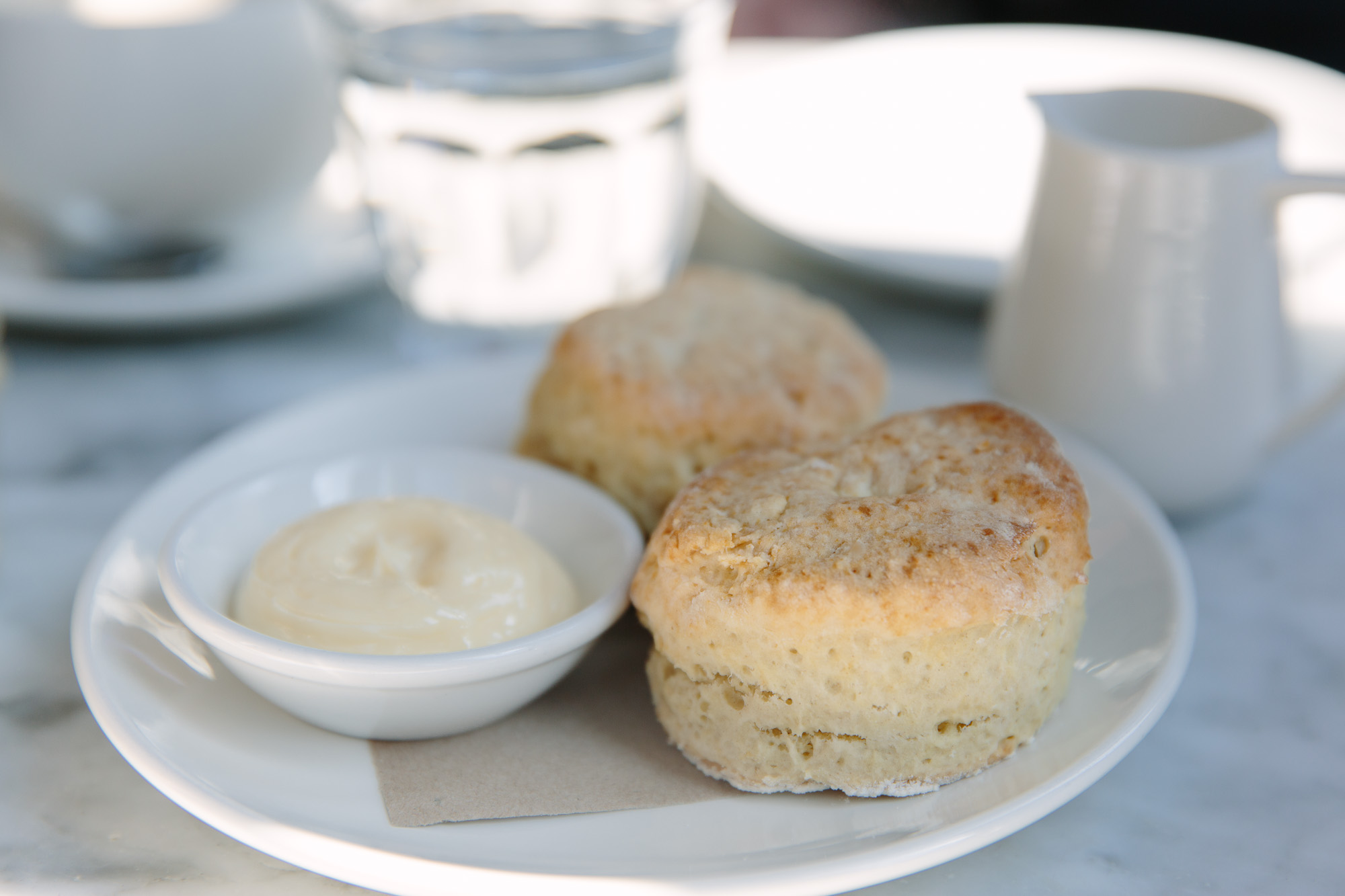 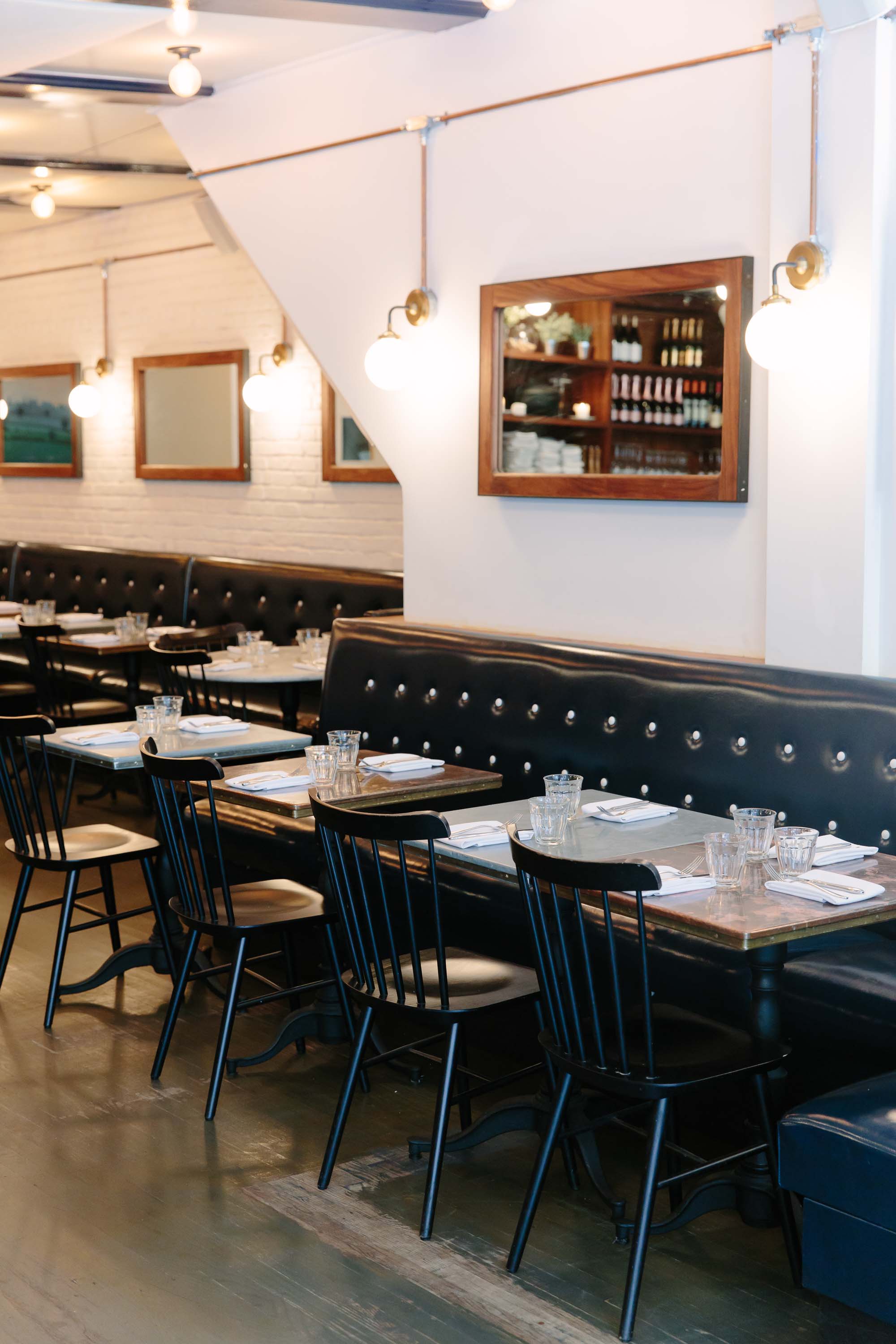 I highly recommend you add Eastfield’s to your list if you’re spending a day museum-hopping on the Upper East Side or strolling through Central Park – it’s a neighborhood gem and not to be missed!